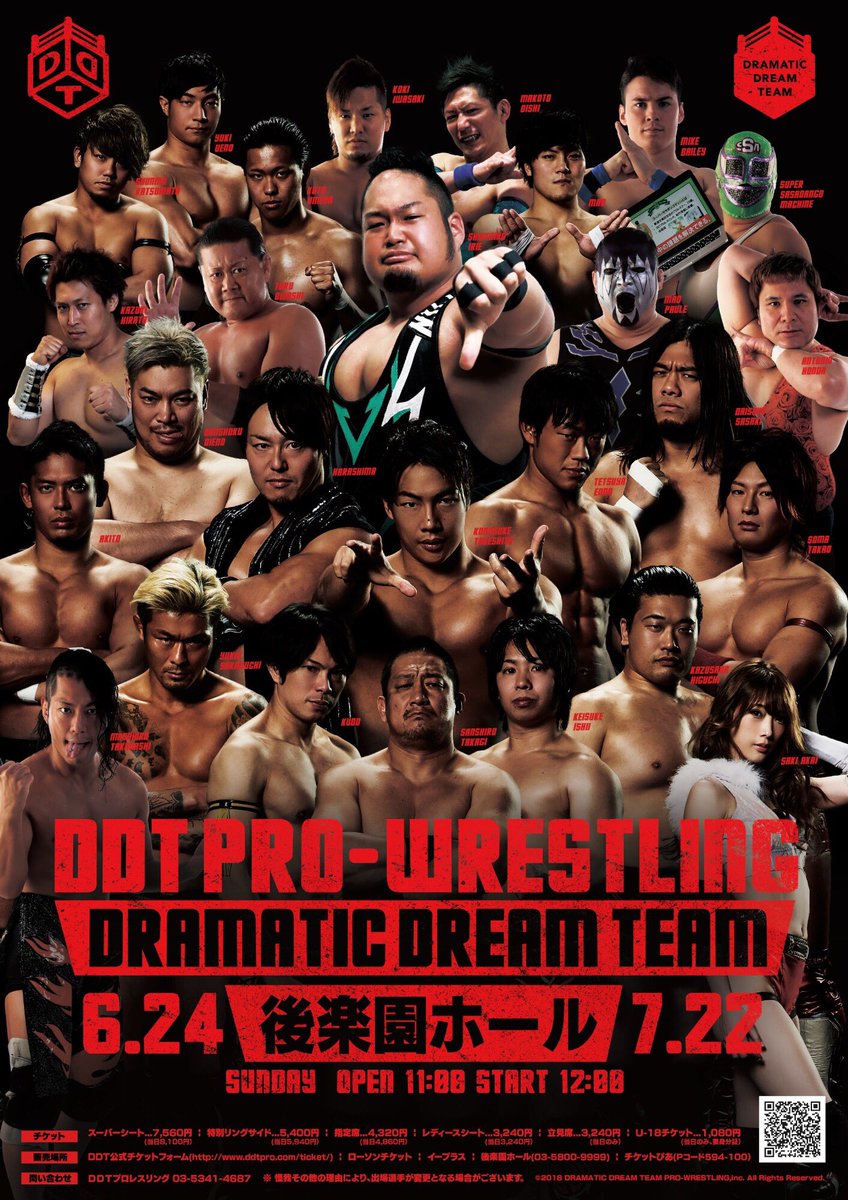 (1) 3WAY 6 Man Tag Match: Takatimo Dragon, Hiratimo Dragon & Toru Owashi vs. Keisuke Ishii, Antonio Honda & MAO vs. Tetsuya Endo, Mad Paulie & Nobuhiro Shimatani
◆Winner: No Contest (6:51) after a weapon attack from Owashi (Meaning the victory was awarded to both remaining teams)
(2) Mike Bailey vs. Sammy Guevara
◆Winner: Bailey (11:40) with the Green Tea Plunge
~ Bailey said he is going to England, but when he is back in DDT he wants to challenge for the KO-D Tag Titles with MAO

(5) DDT EXTREME Championship Match: [41st Champion] HARASHIMA vs. [Challenger] Soma Takao vs. Daisuke Sasaki [Challenger]
◆Winner: HARASHIMA (15:58) with the Somato
~ 2nd Successful title Defence
~ Daisuke Sasaki made the challenge after the match this time for a one one on match