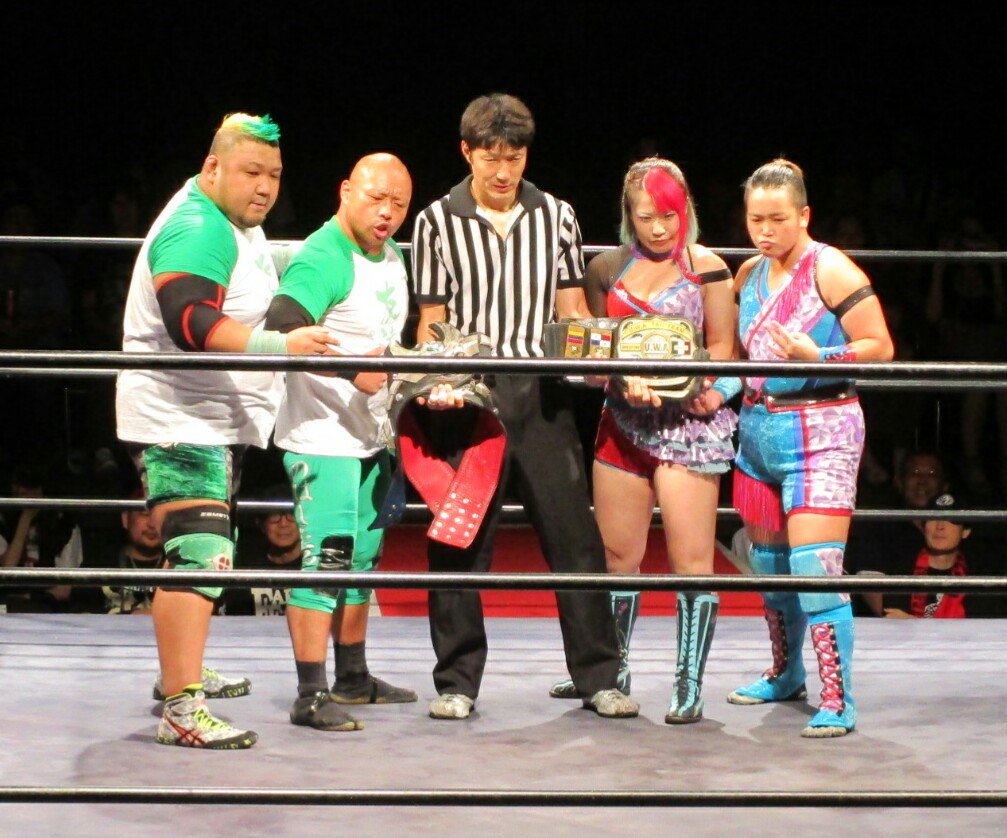 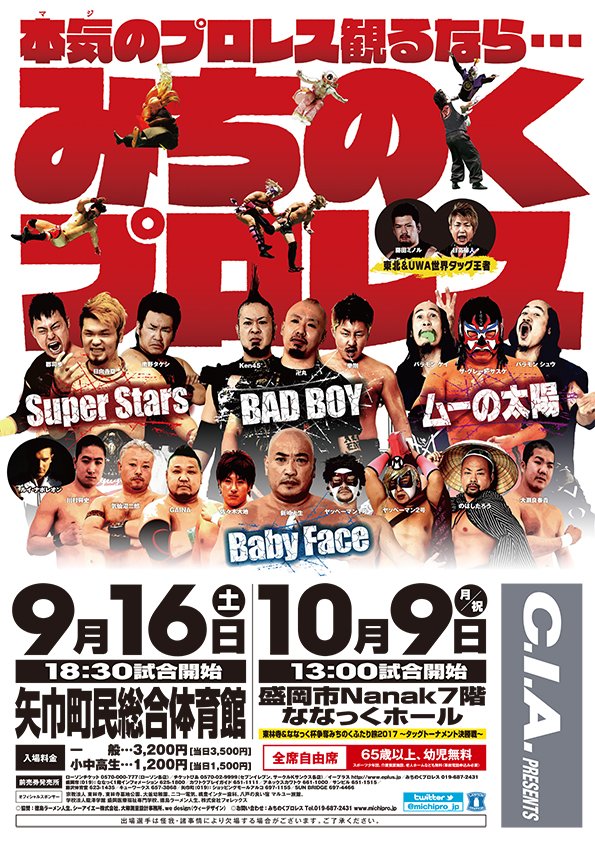 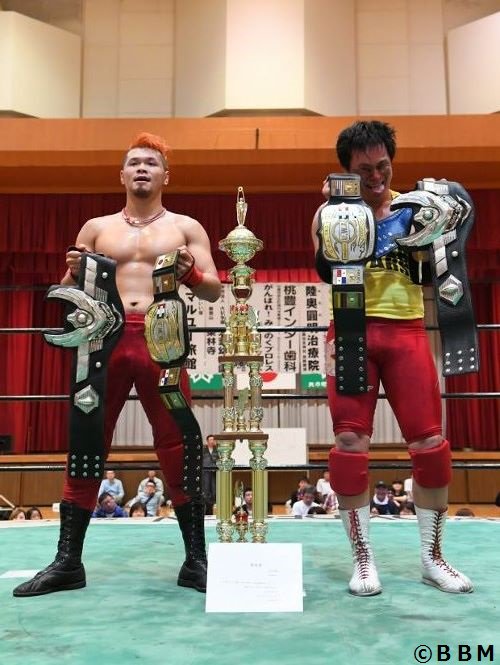 (4) Tohoku Tag Championship 3WAY Match: [21st Champions] The Great Sasuke & Kei Brahman vs. [Challengers] Kameshi #1 & Kameshi #2 vs. [Challengers] Daichi Sasaki & Ayumu
Gunji
◆Winner: Gunji (16:19) via pin-fall on Kei.
~ Champions fall on their 3rd title defense. “New Phase” becomes the 22nd generation champions.
~ Daichi declared that Michinoku will change now that they are champions. Gunji also sent forth the challenge to any team to come forward, but not one stepped out at this time.
~ Eagles Mask came into the ring to ask the question to the wrestlers in the back, but still no one presented themselves to the new champions.

(5) Tohoku Junior Heavyweight Championship Match: [18th Chamion] Shu Brahman vs. [Challenger] Kameshi
◆Winner: Shu (21:29) following the Caterpillar.
~ 3rd successful title defense.
~ “Mu no Taiyo” remains in possession of one belt.
~ Kesen Numajiro, who has been on a roll as of late, challenged the champion following the defense. The title match has been set for May 5th in Yahaba.
~ Kameshi had his mask ripped off exposing himself as Taro Nohashi, this led to Shinzaki asking Nohashi if he will continue as Kamshi or as himself?
~ Nohashi stated that he has lost his direction as Shinzaki then began to cut the “Kameshi“ costume off of his upper-body.
~ Nohashi then stated that he will remain as Taro Nohashi as he stated that he wants to be aligned with the “seikigun“ (regular army), and that he will do his best to strengthen Michinoku Pro.
~ All of “seikigun“ came out to the ring to thank everyone for coming out and to close the show.

[Michinoku Pro News] It has been announced that Fujita “Jr” Hayato will be defending his Tohoku Junior Heavyweight title against on Katsuhiko Nakajima on December 13.
Following his first successful defense over The Great Sasuke on November 10th, Hayato immediately called out his main rival, since his debut, Katsuhiko Nakajima. It didn’t take long for the match to be given the green light by Jinsei Shinzaki and the match will officially take place on 12/13.

Ever since his debut in December of 2005, Hayato has pretty much always found himself on the losing end of Katsuhiko Nakajima, and it has been a bitter challenge for Hayato to finally gain the victory over him. Now with Hayato carry a belt of his own there is a lot more at stake for himself, and this could very well make for one of the best face offs yet.

Below is the announced card for the upcoming show.