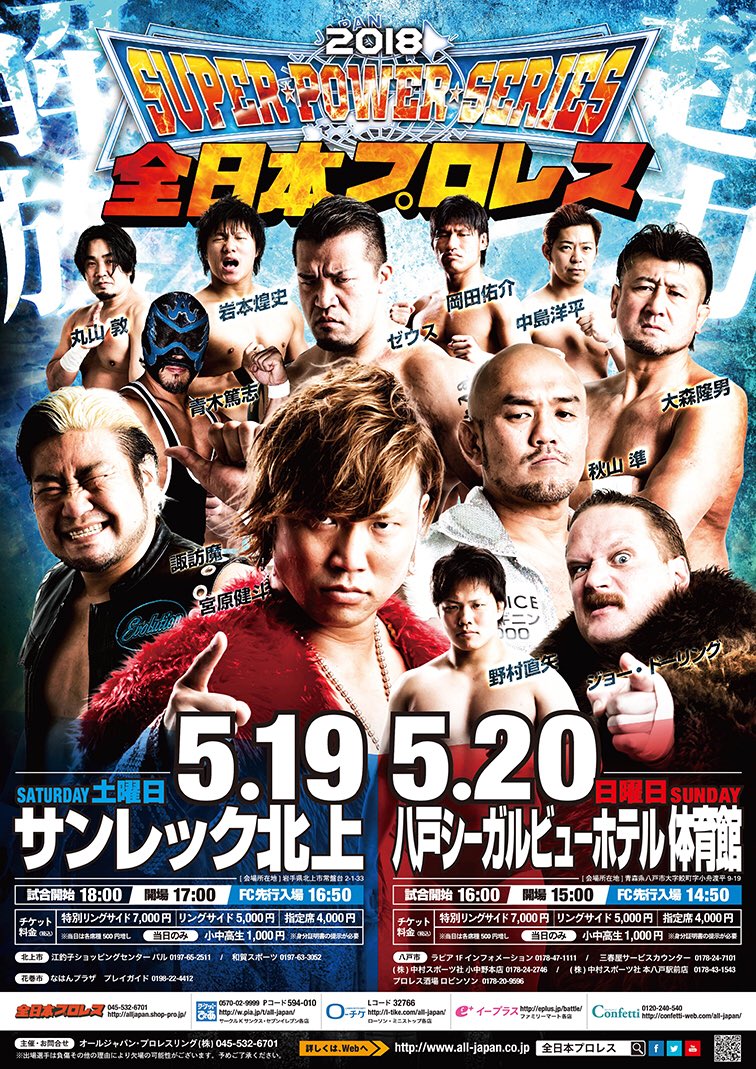 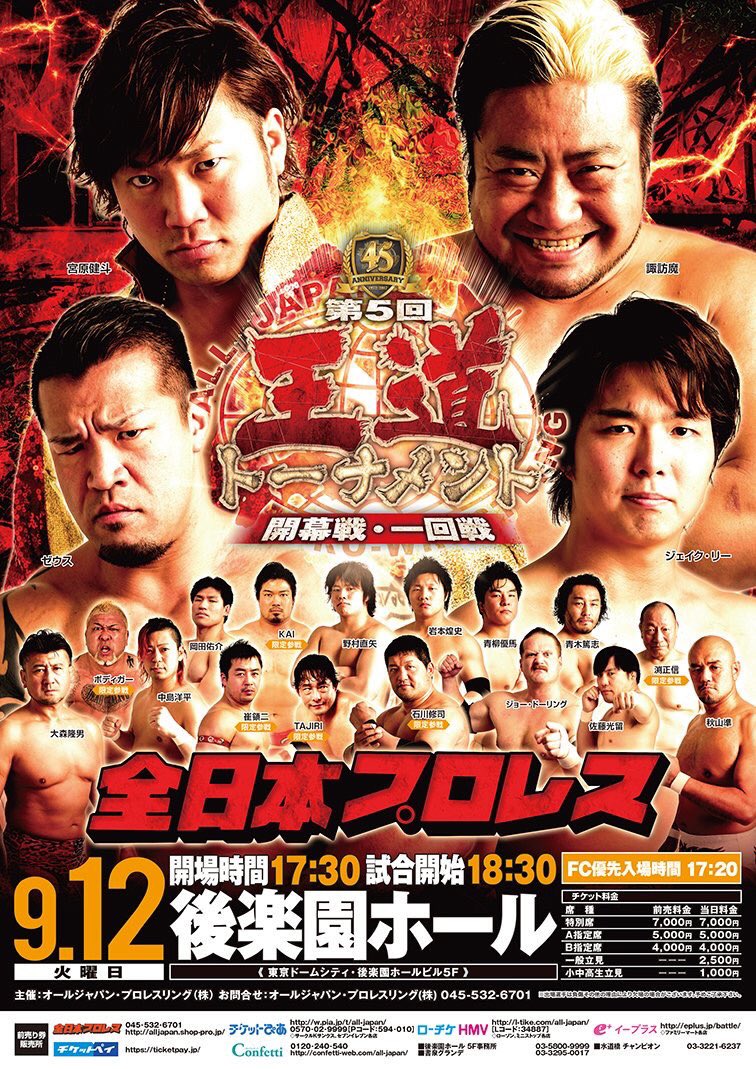 ~ It was announced that TAKA Michinoku & Black Tiger VII will be defending the Asia Tag belts against Nomura & Aoyagi on September 30 in Yamada.
~ Then Taiyo Kea was announced to make his return to the All Japan ring on October 9 at the Korakuen Hall.

~ The “Jr TAG BATTLE OF GLORY” was announced to be held from November 3 through November 9. 5 teams will be competing in the tournament. The Teams are as follows…
~ Atsushi Aoki & Hikaru Sato, Koji Iwamoto & Yusuke Okada, Masashi Takeda & Atsushi Maruyama, Kotaro Suzuki & Keiichi Sato, and Black Tiger VII & Black Spider VII.