It was announced that Yuma Aoyagi has suffered a fracture to his right ankle on January 25 and that he will need surgery to treat the injury. At this time All Japan has not vacated the tag belts from Aoyagi and Naoya Nomura, but it was acknowledged to be a likely possibility. The January 27 show has also been updated to reflect upon Aoyagi’s absence. 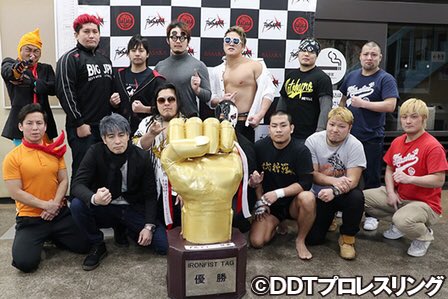 ~ The first round matches were announced for the “IRON FIST TAG TOURNAMENT”. 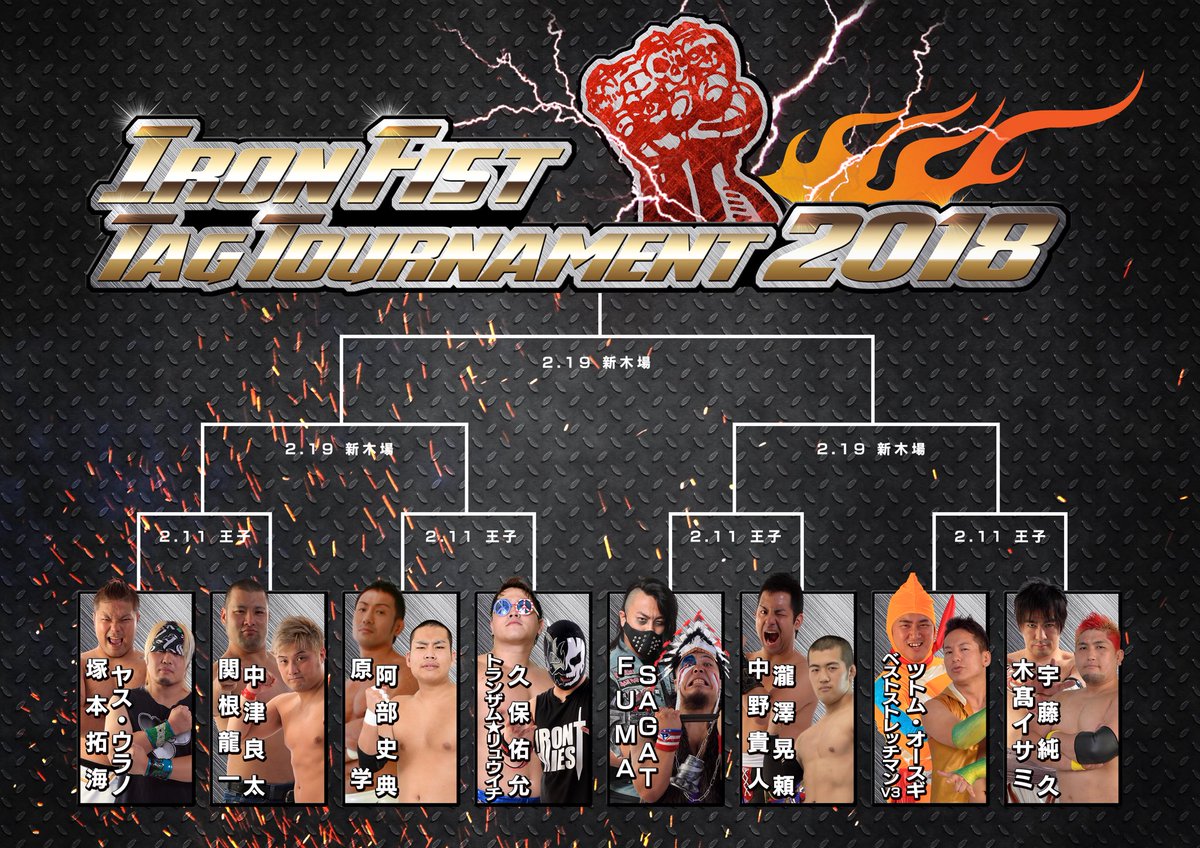 ~ The Ikkitousen was announced to be held from March 11 in Hakata through April 15 in Sapporo.

~ The full event card was announced for the February 7 show at the Shinkiba 1stRING.

~ Then Daichi Hashimoto will be defending the World Strong belt against Yasufumi Nakanoue on February 27 at Korakuen Hall. 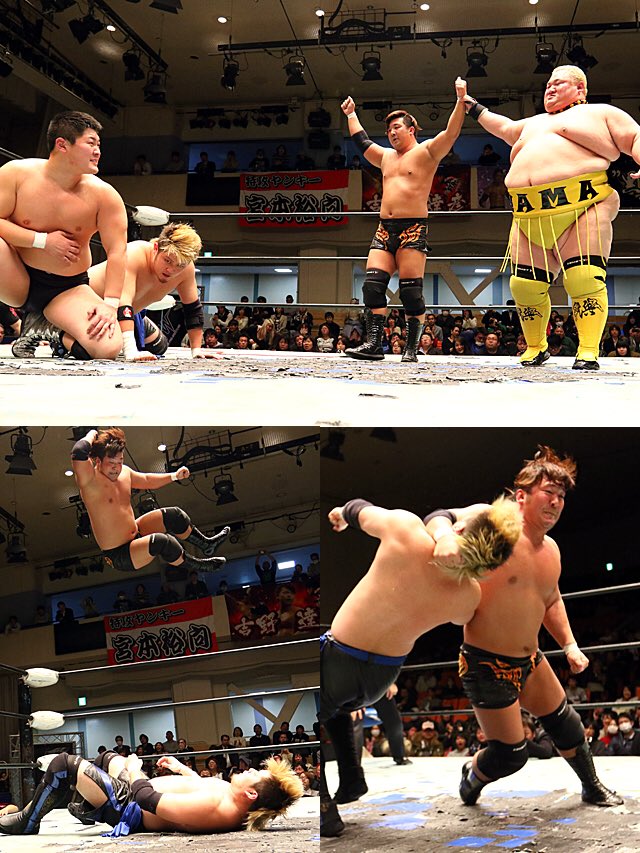 ~ Due to Nakanoue become the next contender for the belt the January 28 show was changed as well.

~ The full event card was announced for the February 14 show at the Shinjuku FACE. 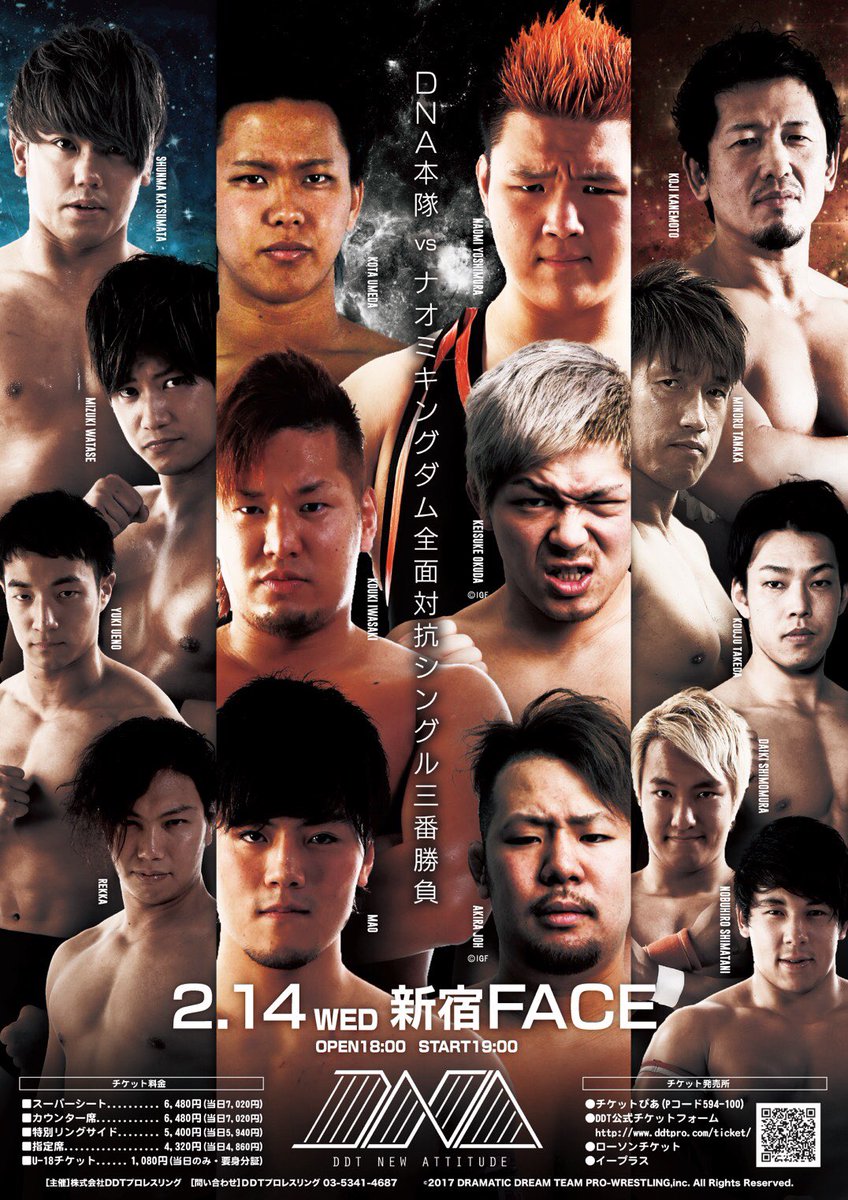 ~ It was announced that two will shows will be held in Apri. With April 20 taking place at the Korakuen Hall in Tokyo and April 21 at the Osaka Nanko ATC Hall. Tatsumi Fujinami noted that this year marks the 40th anniversary for when he very first title with the WWWF Junior Heavy belt and his life was then forever changed. He then announced that his former rival and friend Bob Backlund would be coming from USA to compete on the shows. ~ The full event card was announced for the February 8 show at the Shinkiba 1stRING in Tokyo. 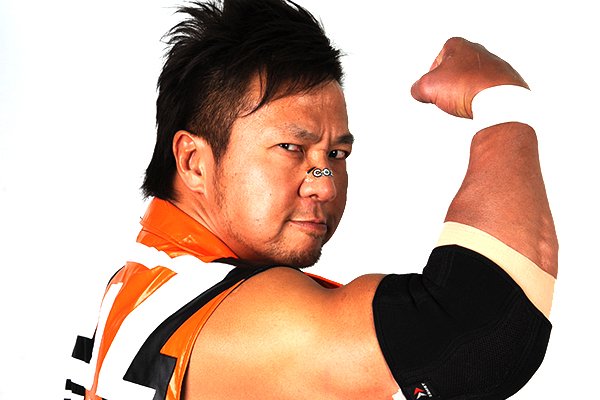 ~ Satoshi Kojima was announced to have suffered an left knee ACL rupture and will be out of action for what looks to be a good part of this year. Manabu Nakanishi was then announced to replace him on an upcoming scheduled matches.

~ Adding to the week of illness/injuries, Dick Togo was announced to be out of action due to suffering from pulmonary tuberculosis. He will be out of action until the bacterial can be expelled from his system which is expected to be in early to mid-February.

~ The full event card was announced for the January 28 show in Saitama. As the UWA 6 Tag belts were once more announced to main event as Doi, Kumagoro & Ito take on the veteran trio of Hayashi, Kondo & NOSAWA. 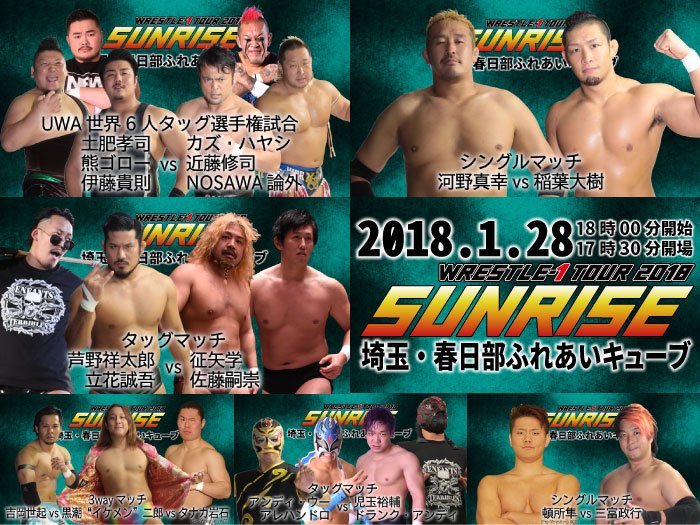 ~ The full event card has now been announced for the upcoming MASTERS show on February 16. The Heisei Ishingun team of Shiro Koshinaka, Masashi Aoyagi & Akitoshi Saito were announced to take on the former All Japan trio of Great Kojika, Tiger Toguchi & Mitsuo Momota, then a special Fujiwara-gumi vs. FMW 6 man tag match and Takuma Sano versus Hisakatsu Oya were announced. 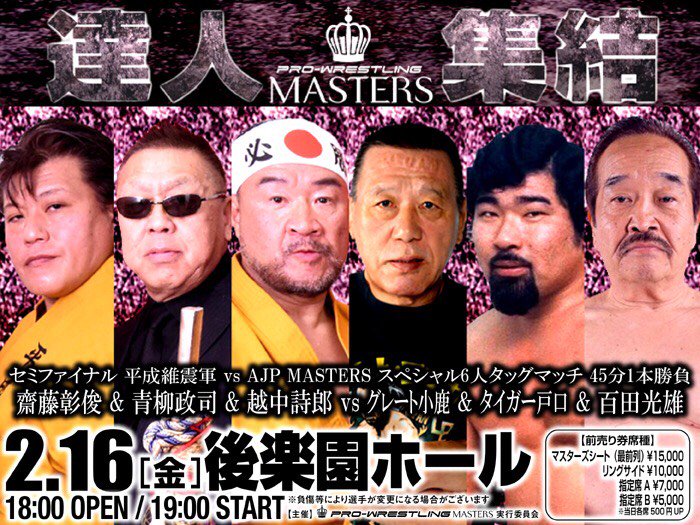 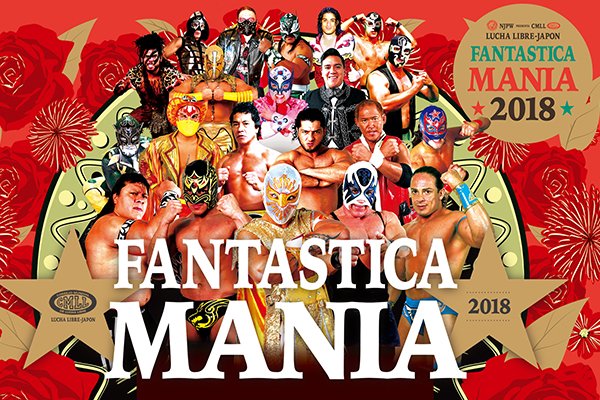 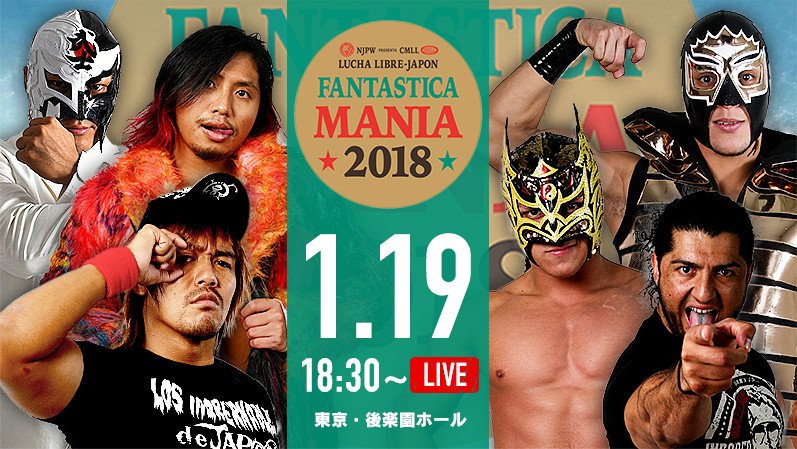 (7) Hiroshi Tanahashi, Michael Elgin, Raymond Rowe & Hanson vs Minoru Suzuki, Zack Sabre Jr., Lance Archer & Davey Boy Smith Jr.
♦Winner: Smith Jr. (11:36) following the Killer Bomb on Hanson
~ Suzuki continued to attack Tanahashi after the match, specifically targeting his right knee, then said Tanahashi and the IWGP Intercontinental Championship are next in Suzuki-gun’s sights.
(8) Kazuchika Okada, Hirooki Goto, YOSHI-HASHI, Will Ospreay & Gedo vs Tetsuya Naito, EVIL, SANADA, BUSHI & Hiromu Takahashi
♦Winner: Naito () with the Destino on YOSHI-HASHI
~ The two factions continued to fight after the match, but LIJ got the upper hand. Hiromu hit Ospreay with the Time Bomb, EVIL laid Goto out with the EVIL, and SANADA locked the Skull End on Okada.
~ Naito said he has no excuses for his loss at Wrestle Kingdom, but LIJ will continue to grow stronger through 2018.
~ Just as Naito was about to leave, Chris Jericho ambushed Naito in the ring, and the two brawled until they were eventually separated.
~ Backstage after the match, SANADA said he will go after Okada’s IWGP Heavyweight Championship, Hiromu said he wants to challenge Ospreay for the IWGP Jr. Heavyweight Championship, and EVIL said he wants Goto and the NEVER Openweight Championship. 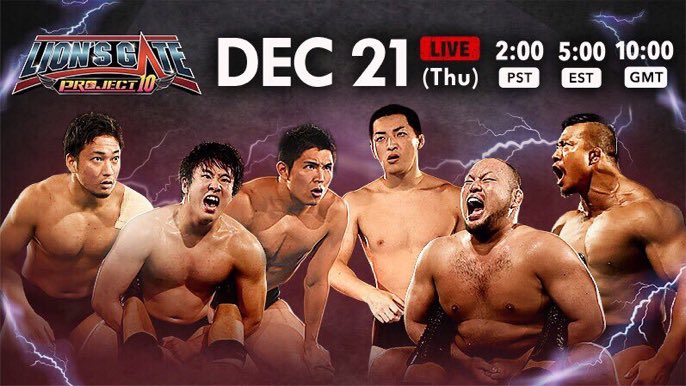 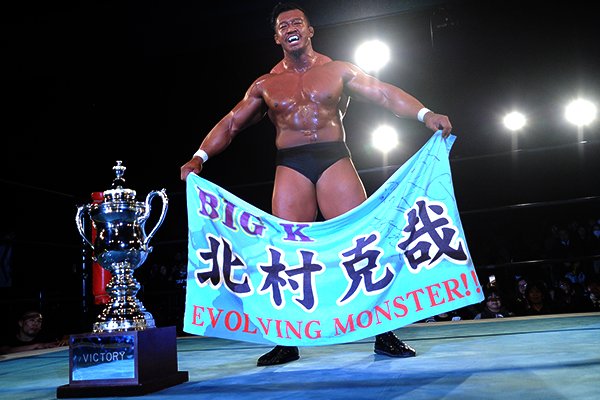 ~NJPW announced Hiroshi Tanahashi will be out until 12/11 with a minor knee injury.

~Going into the final days of the tournament, SANADA & EVIL, Hangman Page & Yujiro, and Goto & YOSHI-HASHI are the only teams still in the hunt to win A BLOCK, while the top spot in B BLOCK is currently a 6-way tie.