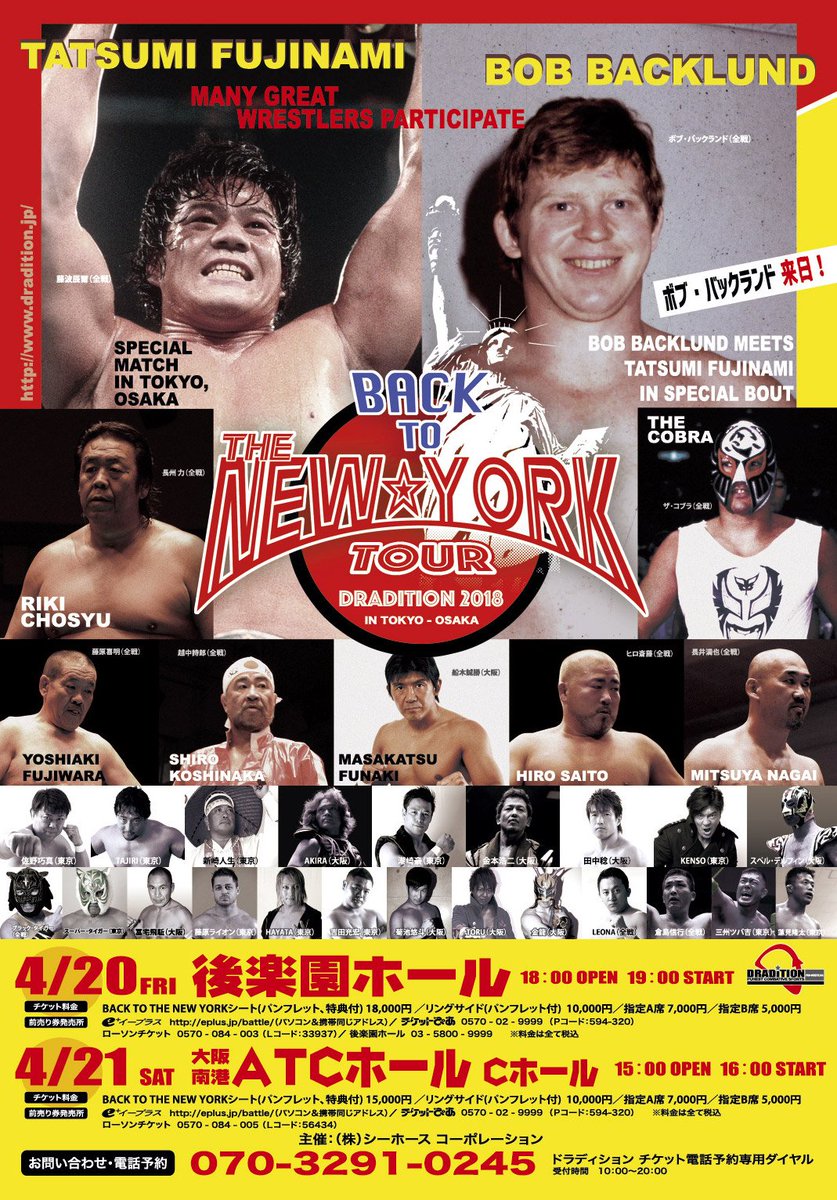 [DRADITION News] Tatsumi Fujinami held a press conference to announced that DRADITION will be holding a show on November 19th at the Korakuen Hall. And with that announcement came the headlining match and that his eldest son Leona Fujinami will be making his professional debut on that day.

Naomichi Marufuji (NOAH’s Vice President) was also on hand for the press conference as it was announced he would be taking part in the main event which will see Tatsumi Fujinami teaming with Koji Kanemoto to take on the team of The First Tiger Mask and Marufuji. Fujinami then stated that Leona Fujinami and Ryuta Hasumi, who has been training along with Leona, will both be making their debut’s in the promotion.

Fujinami went on to say that he is a fan of Marufuji’s work and is looking forward to the chance of finally facing against him in the ring. Marufuji said that he is honored when he received the call from Fujinami about the event and he hopes to continue learning as well as seeing what the future has in store.

Tiger Mask could not attend the meeting due to business, but a message was left in his absence. Tiger looks forward to the match and what it means towards his proposed revival of professional wrestling. To have names from the past and present and for them to be in the ring at the same time means a lot. He hopes the fans will come and be a apart of this moment.

Koji Kanemoto also as well left a message to read. Kanemoto said he is excited for the match and to be in the ring with Marufuji and Sayama (Tiger Mask) at the same time. Then to team with Fujinami, whom he looked up to for many years, he aims to fight hard and confidently.
Kanemoto being a former Tiger Mask himself holds much respect for what Sayama has done for pro wrestling and aims to show him the experience he has learned over the last 20+ years.

Leona Fujinami stated he will be training nonstop to prepare for his official debut in 3 months time. He has spent the few months competing in exhibition matches and has realized that there is still a long road for him to go before he makes his debut. Leona aims to makes sure that he is at the top of his level and will be heading off to train in England/UK here soon at the Billy Riley Gym.

Tatsumi stated that no opponent will be named at this time for Leona and he will be waiting to hear back from Leona’s training in the UK first and foremost.

Below is the announced card listing at this time.