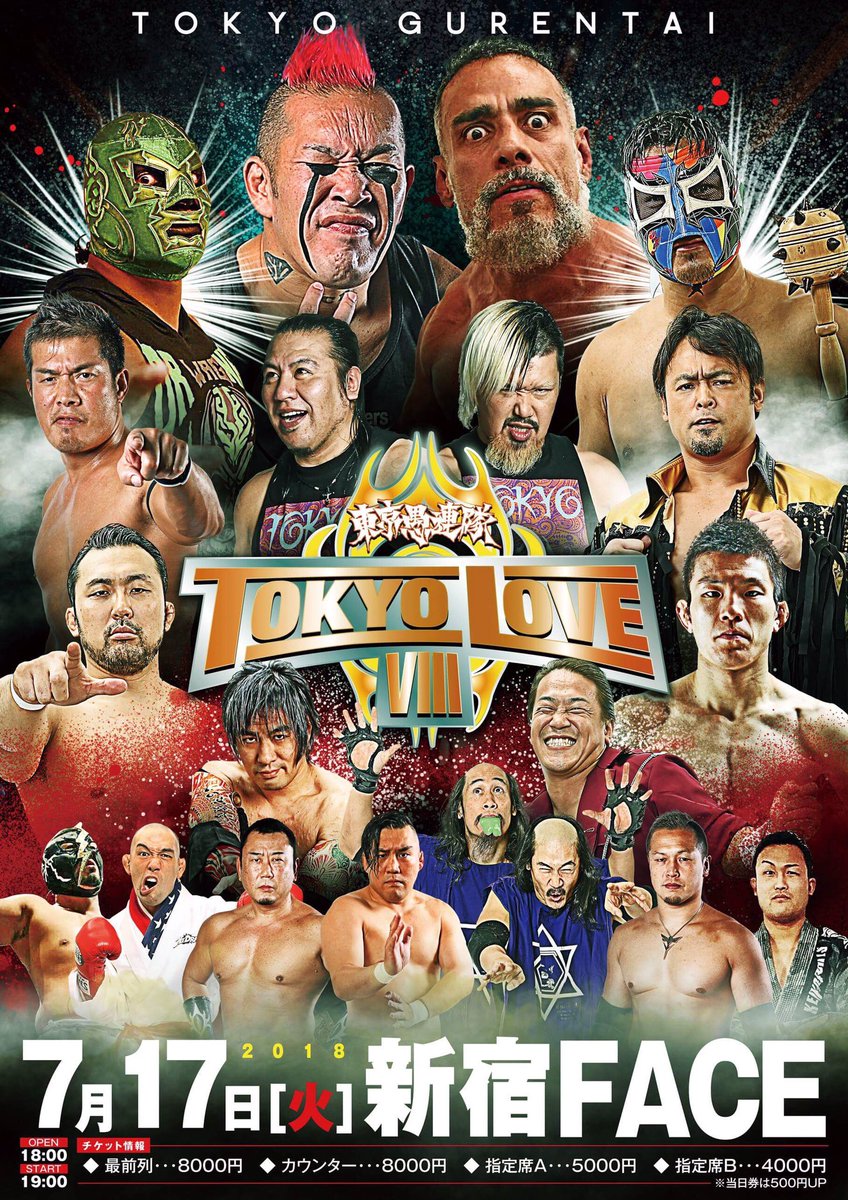 (5) Tokyo World Heavyweight Championship Match: [5th Champion] Masaaki Mochizuki (DG) vs. [Challenger] Kaz Hayashi (W-1)
◆Winner: Hayashi (13:23) via pin-fall.
~ Champion falls on his 6th title defense. Hayashi becomes the 6th champion.
~ Mochizuki relinquishes his reign after being champion for over 2 and a half years. Respect was shown between the two.

~ NOSAWA stated that he wants a hair vs hair match against Wagner next year, potentially in March.

~ The next show will be on September 26th at the Shinjuku FACE. As former WWE wrestler X-PAC was announced for the show. He will team with NOSAWA Rongai, MAZADA & FUJITA to take on the KAIENTAI DX team of MEN’S Teioh, TAKA Michinoku, Shiryu & Dick Togo. 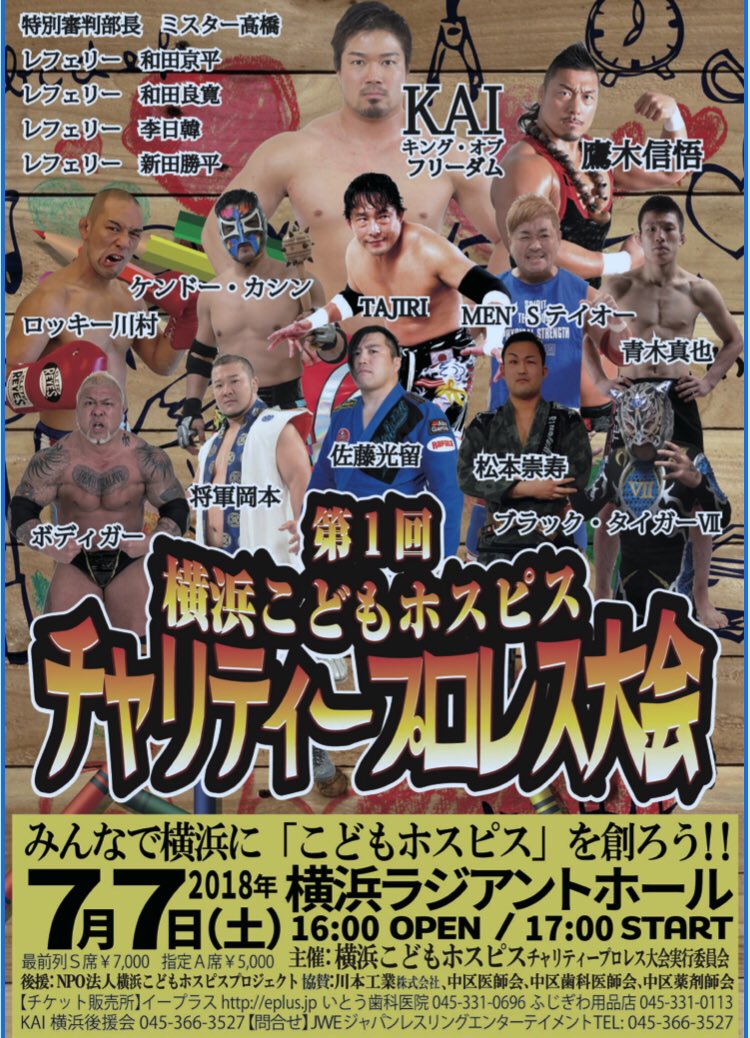 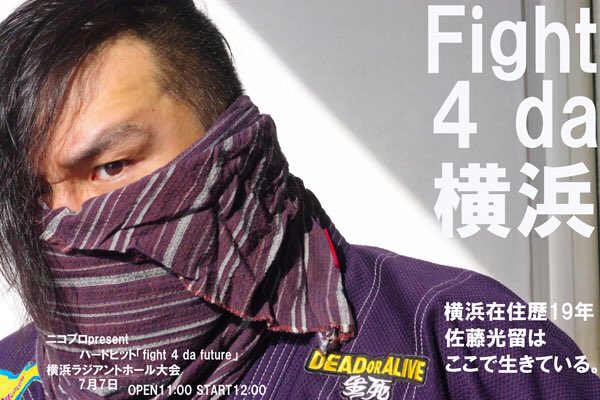 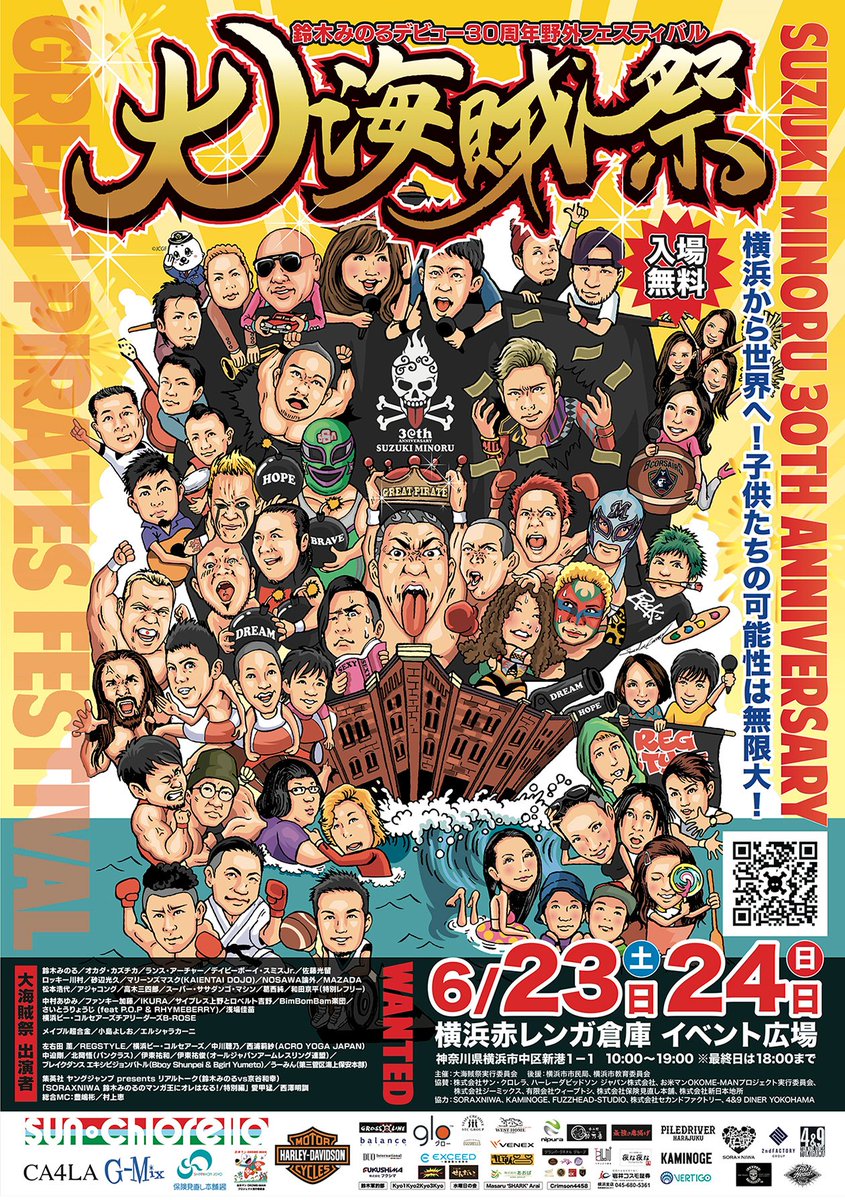 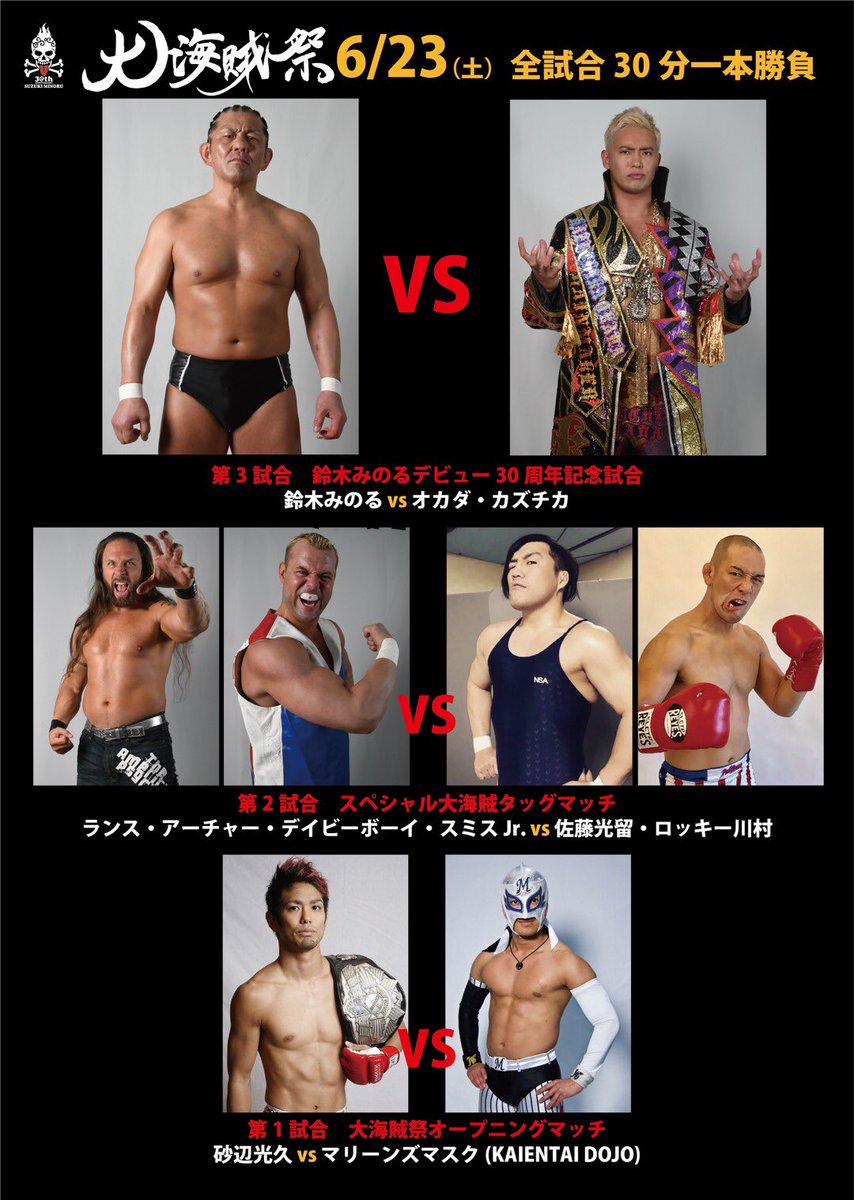 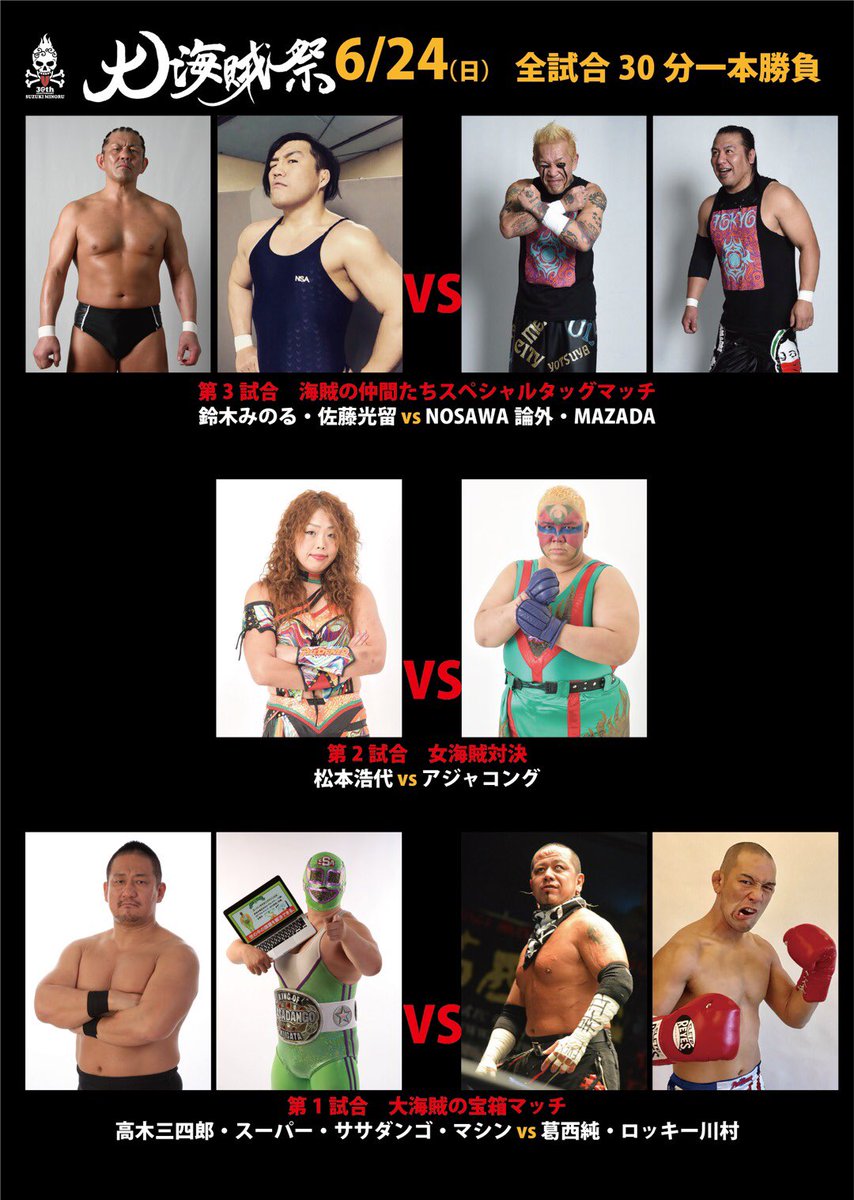 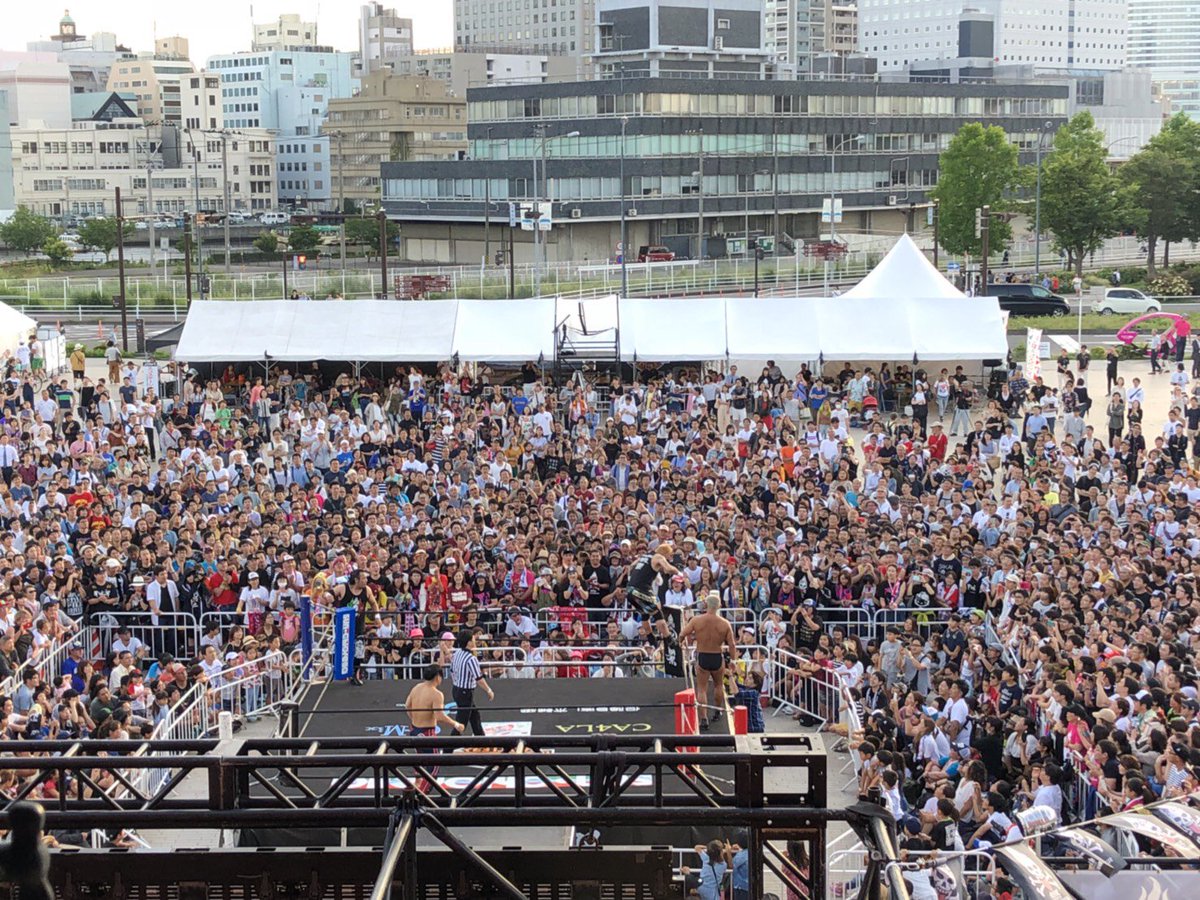 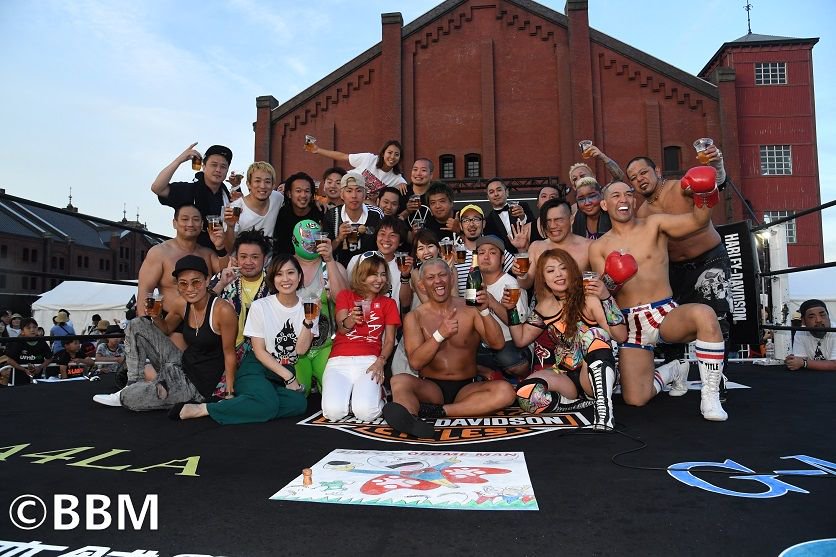 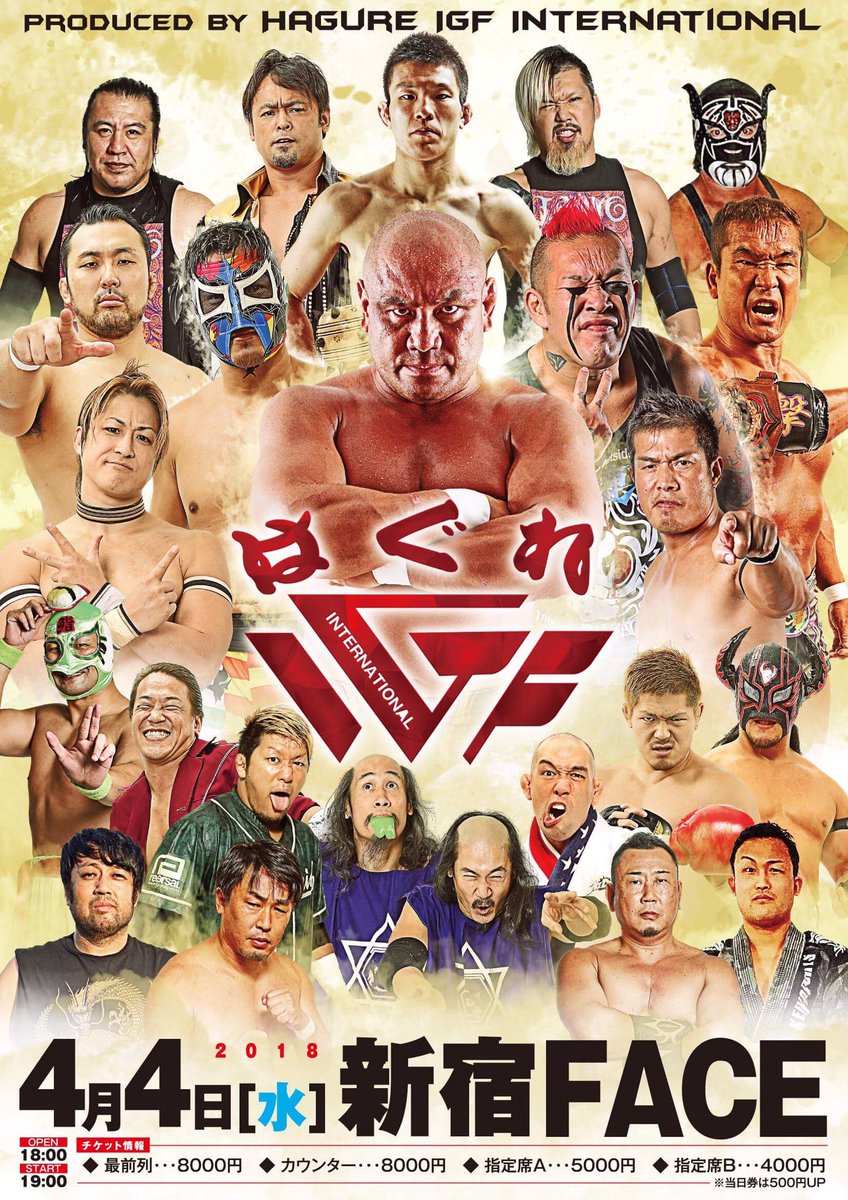 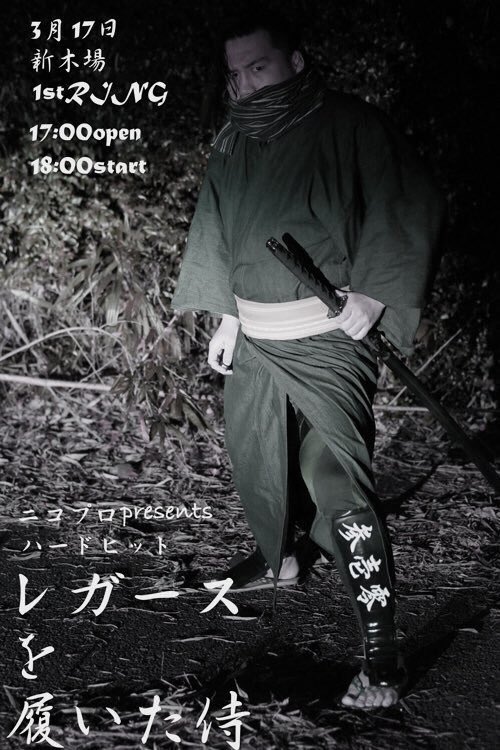 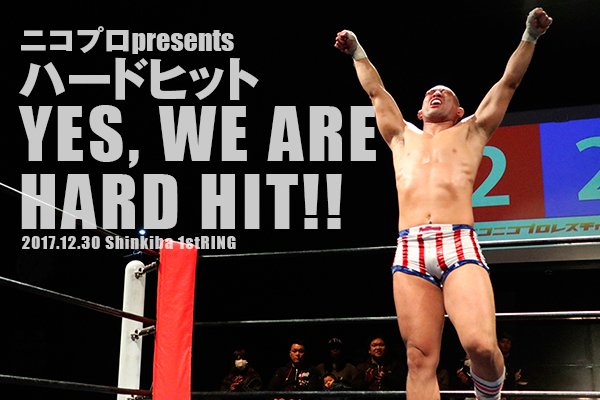 ~ Hikaru Sato greeted those in attendance before the show and thanked them for helping Hard Hit grow and maxing out the attendance.

(6) Takuya Nomura (BJW) vs. Takuya Wada (FREE)
◆Winner: Takuya Nomura (7:37) with a Cross Armbar.
(7) Yoshio “Hitokui” Takahashi (Fujiwara-gumi) & Hideki Suzuki (FREE) vs. KEI Yamamiya (GRABAKA) & Hikaru Sato (Pancrase MISSION)
◆Winner: Hideki (12:12) with an Arm Lock on Hikaru.
~ Masato Uchishiba, Olympic Gold Medalist, was present at ringside for the match, due to Hikaru Sato’s recommendation (they trained Jiu-Jitsu together). He was present to graduate the four men that he witnessed competing. Though he denied himself to ever compete as a pro-wrestler as he is a mixed martial artist. 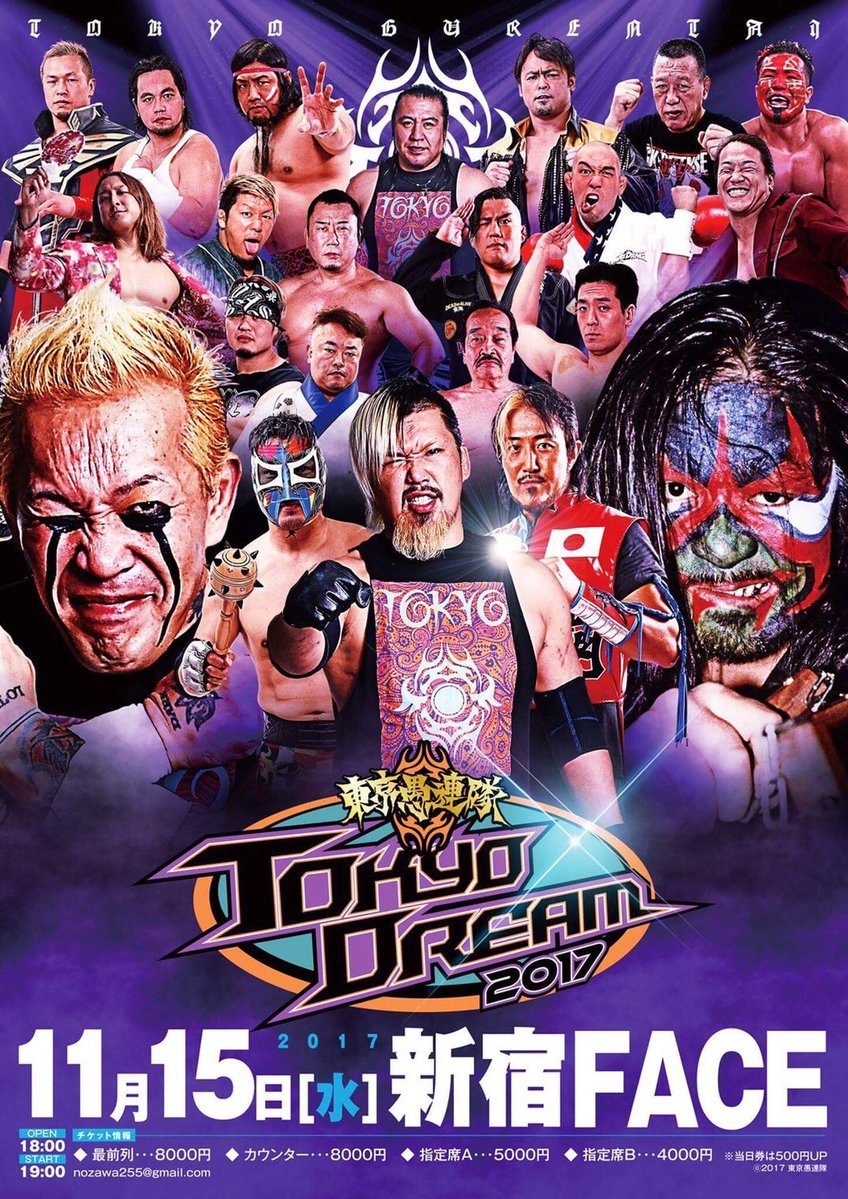 (5) PRECIOSO ~ Mystery of the Orient: The Great Kabuki vs. NOSAWA Rongai
♦Winner: Kabuki (8:46) following an Uppercut. 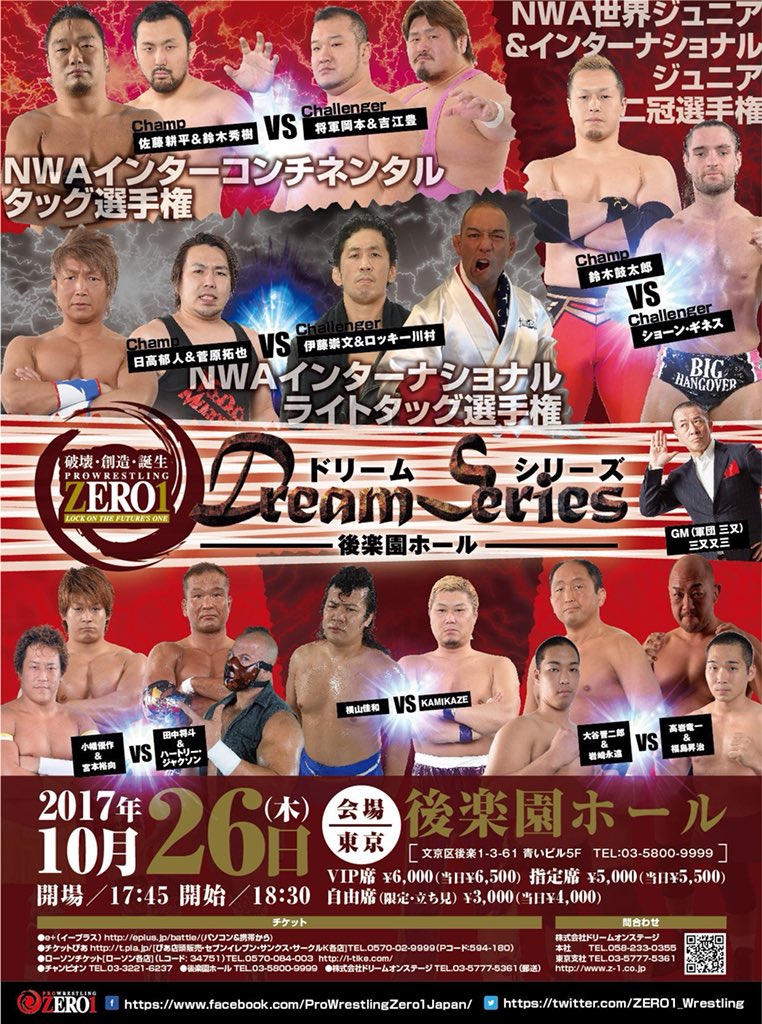 ~ Matazo Mimata was formally announced as the new GM of ZERO1. As he plans to build a full revival for the promotion in 2018. 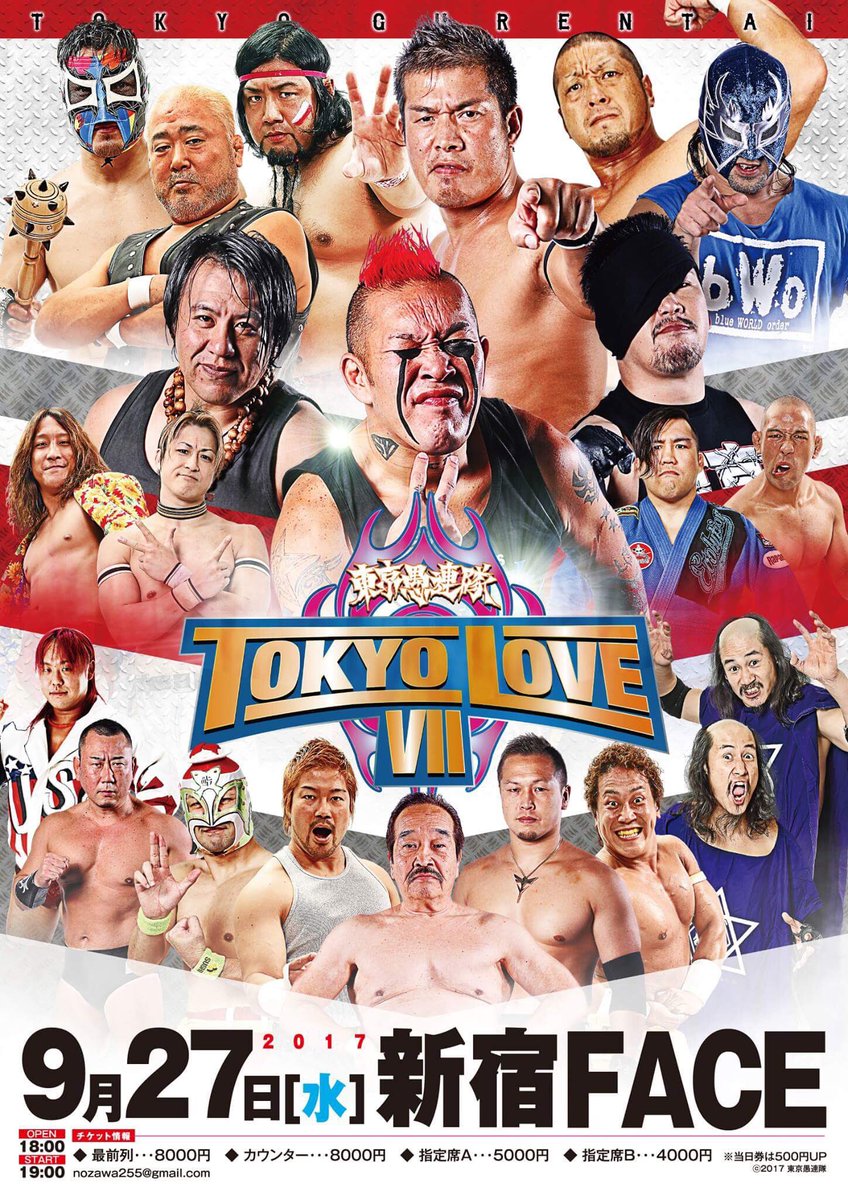 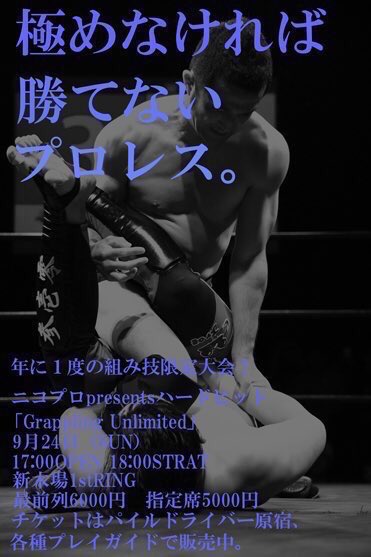 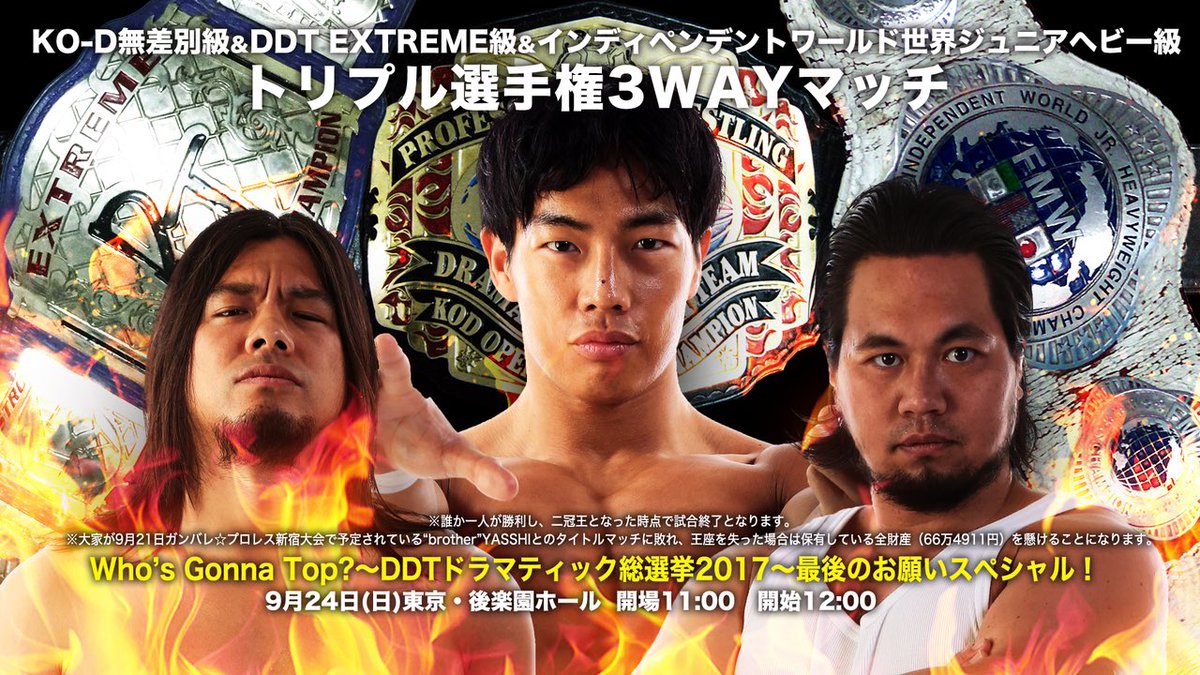 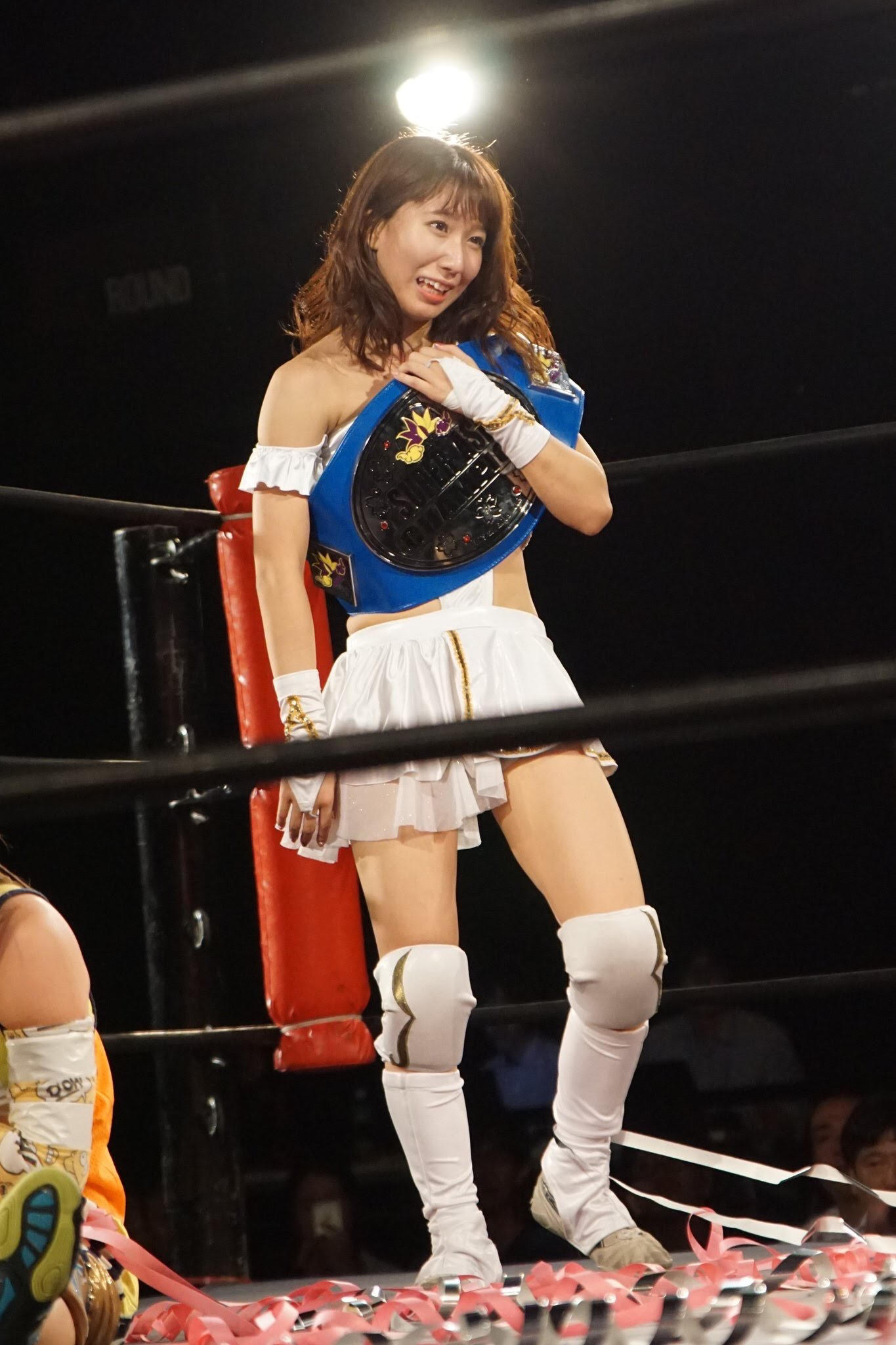 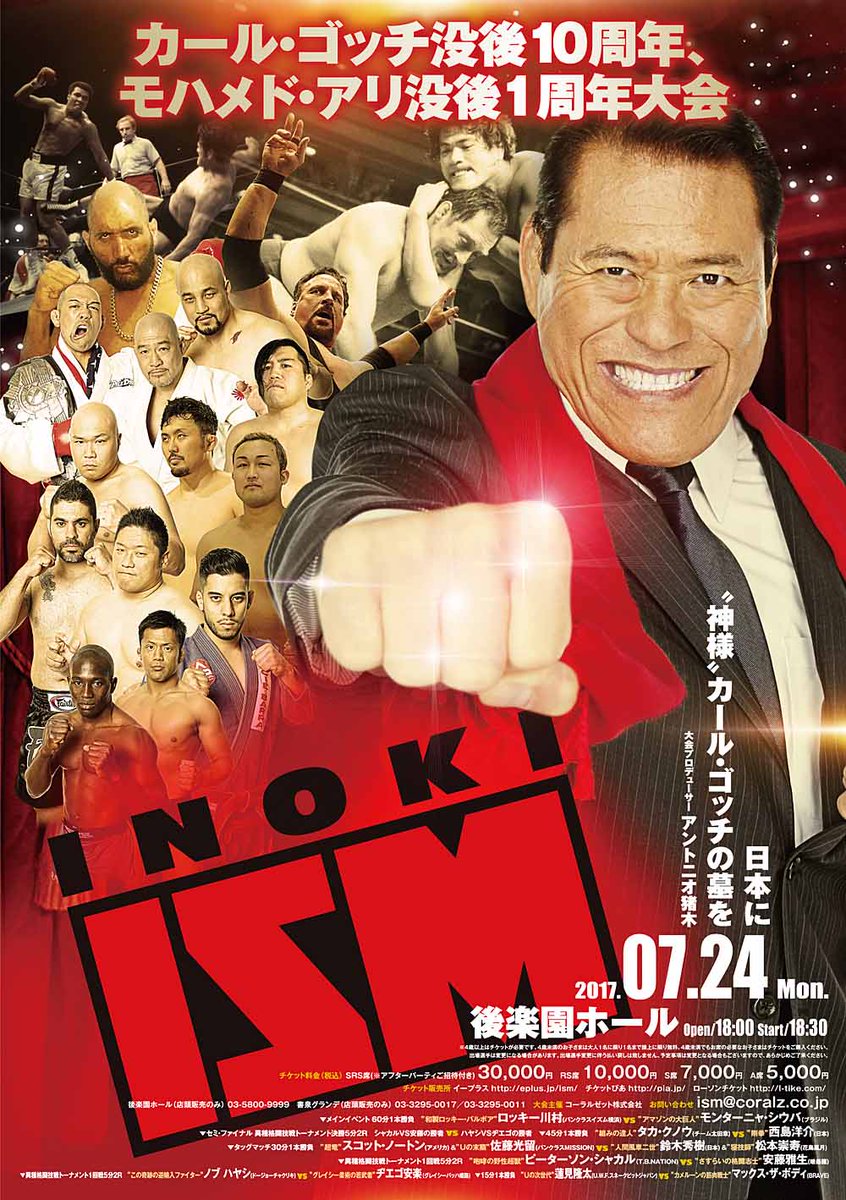 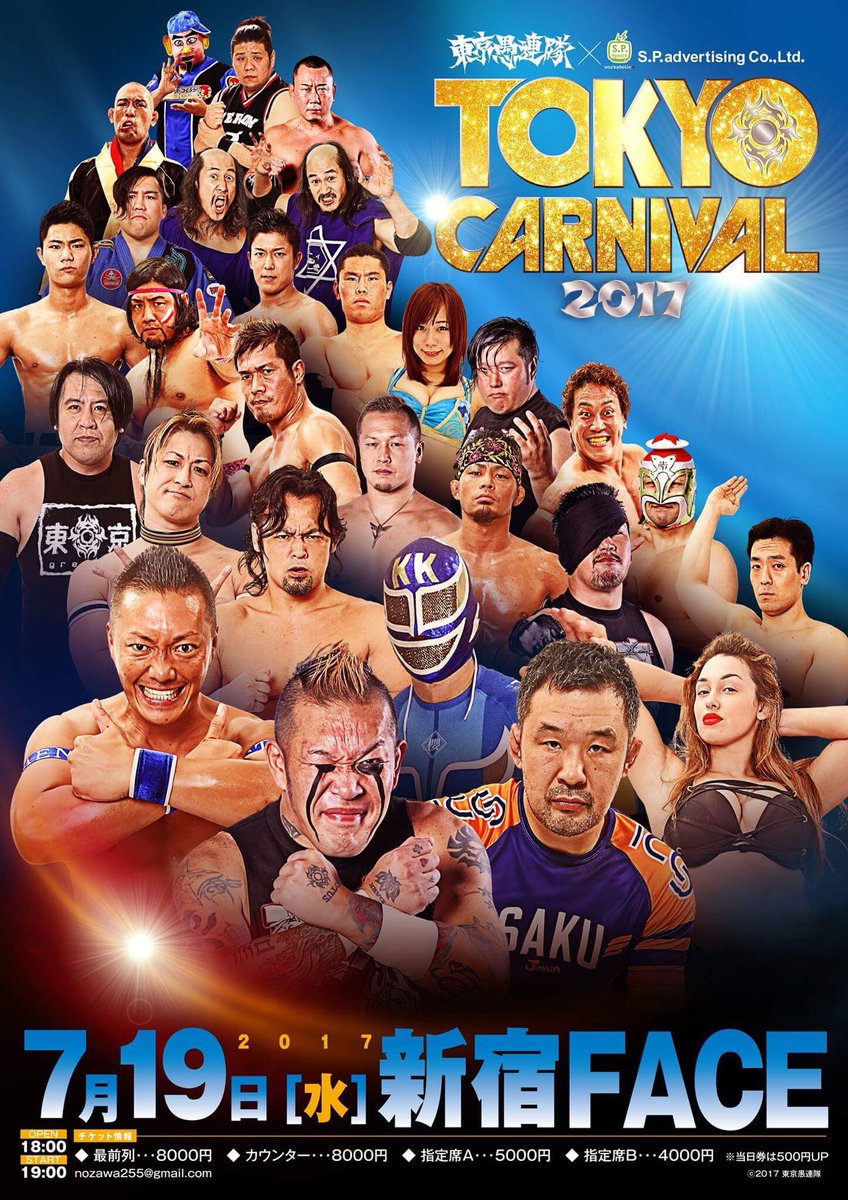 ~ NOSAWA Rongai announced that Masaaki Mochizuki will be defending the Tokyo World Heavy belt against him on September 27 at the Shinjuku FACE.