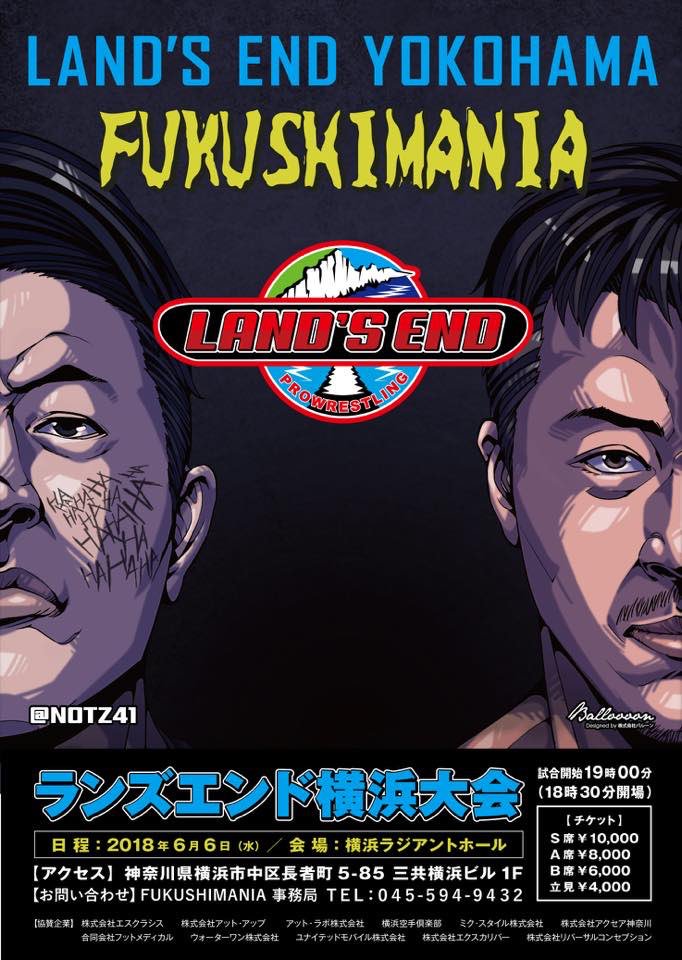 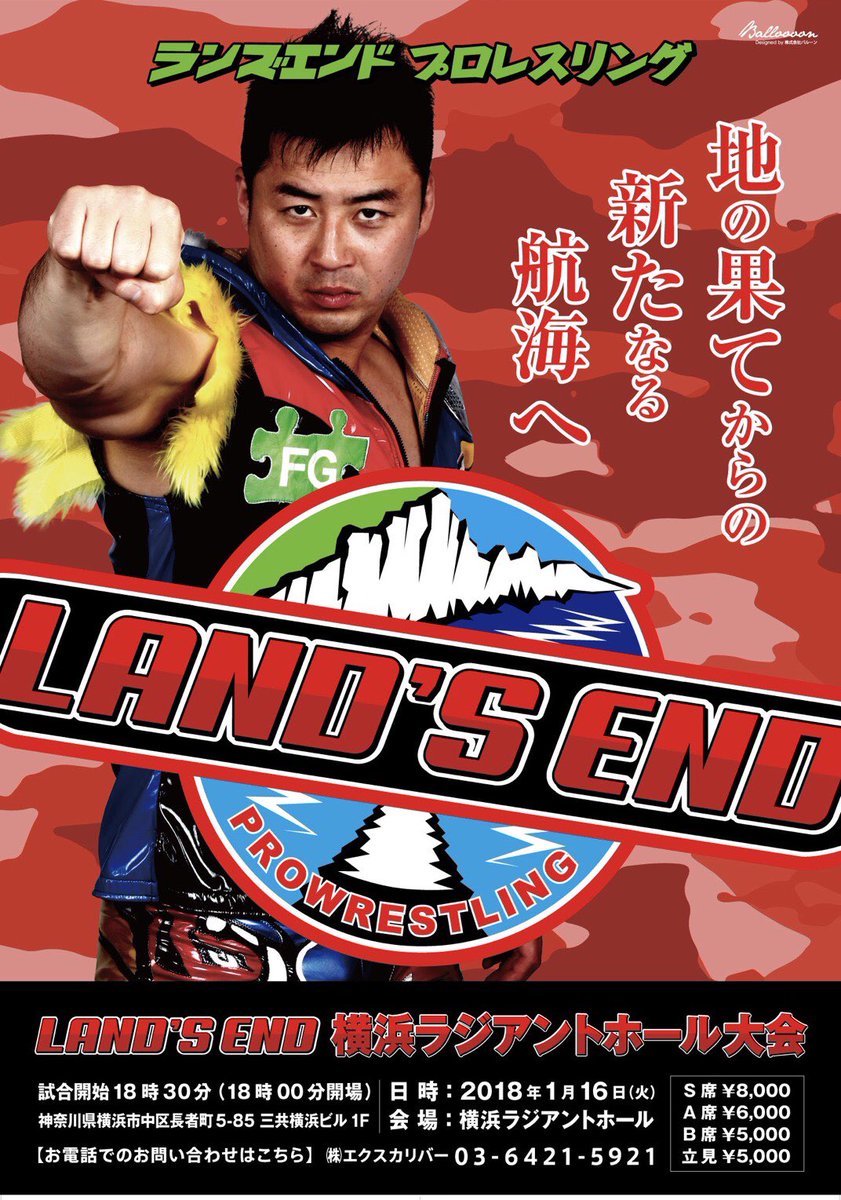 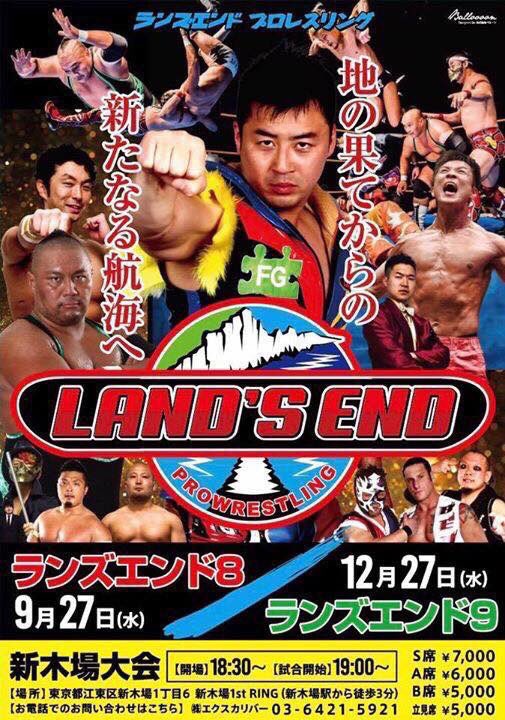 ~ The next show is scheduled to be held on 1/16 in Yokohama. As the main event will see Ryoji Sai, Noaya Nomura & Ishikiri take on the team of Kotaro Nasu, KAZMA SAKAMOTO & Revlon.

~ The tournament to crown the new Asia Heavyweight Champion will still be held in Korea on 1/21/18.

~ Then Sai announced that the promotion will be returning to Sapporo for the first time in nearly 2 years on 3/12. The Bodyguard and So Daimonji appear on the poster for the event. 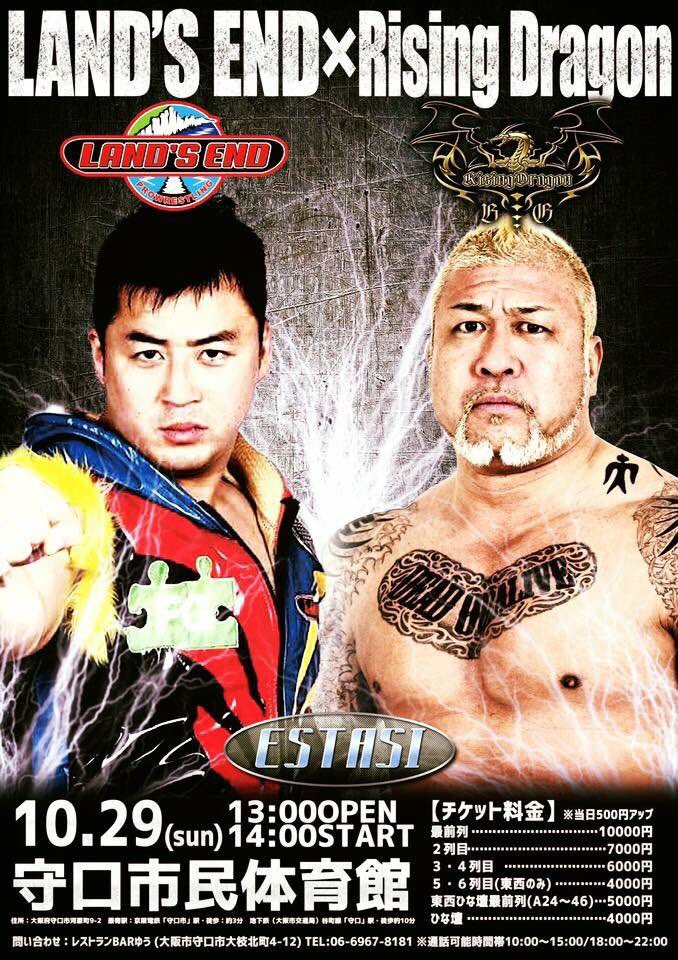 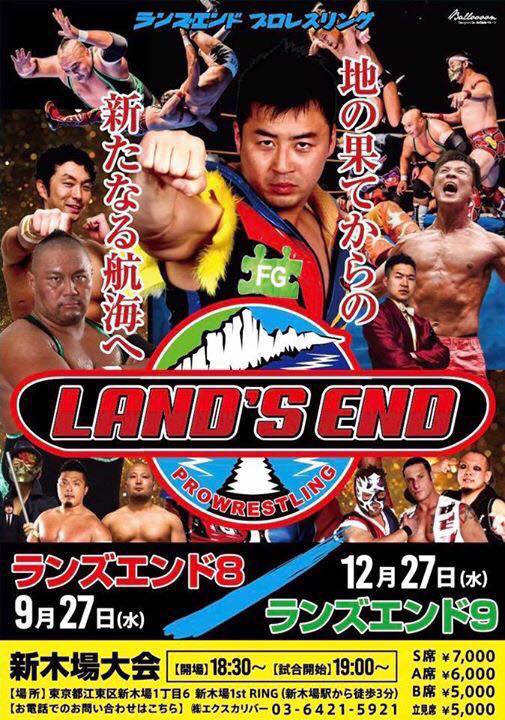 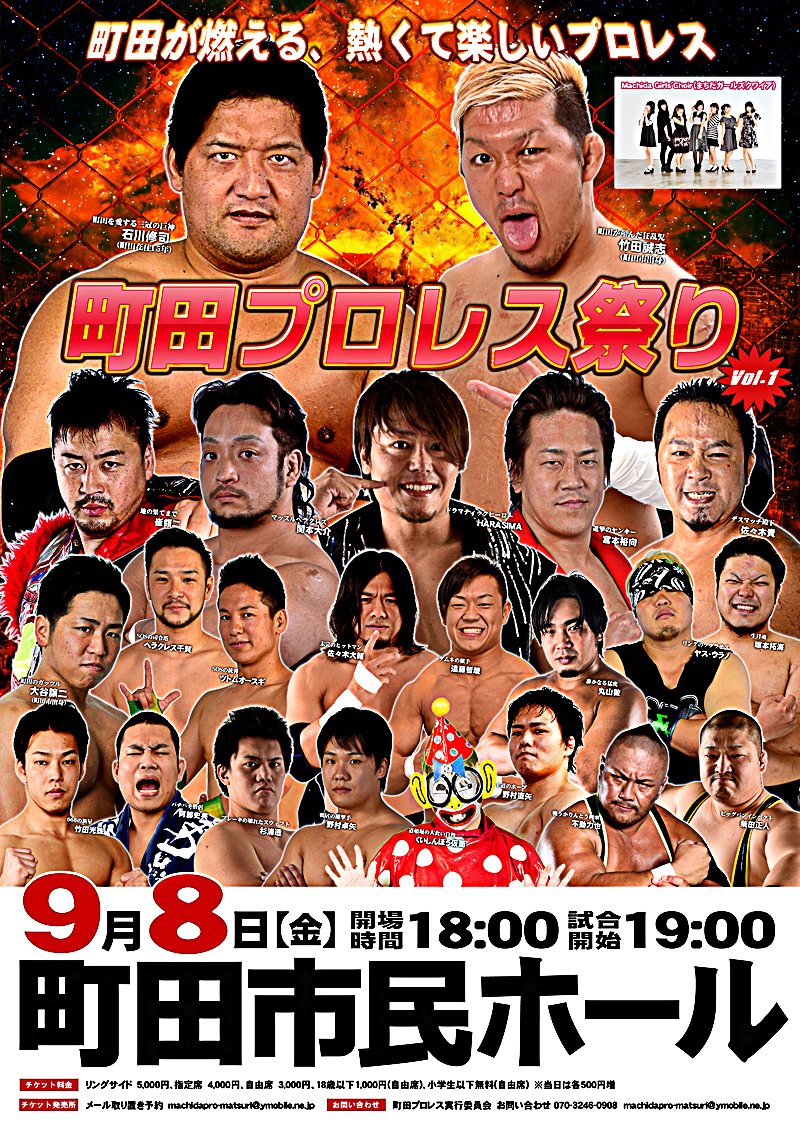 ~ Ishikawa and Takeda both stated that they wish to hold another show next year. 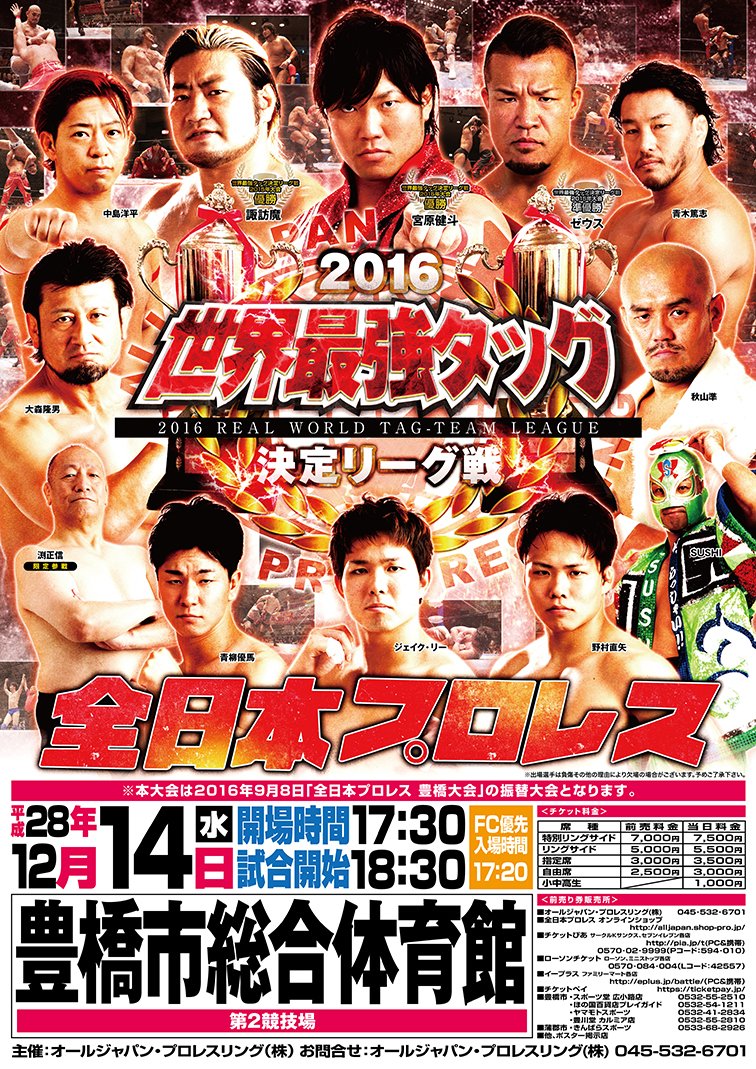 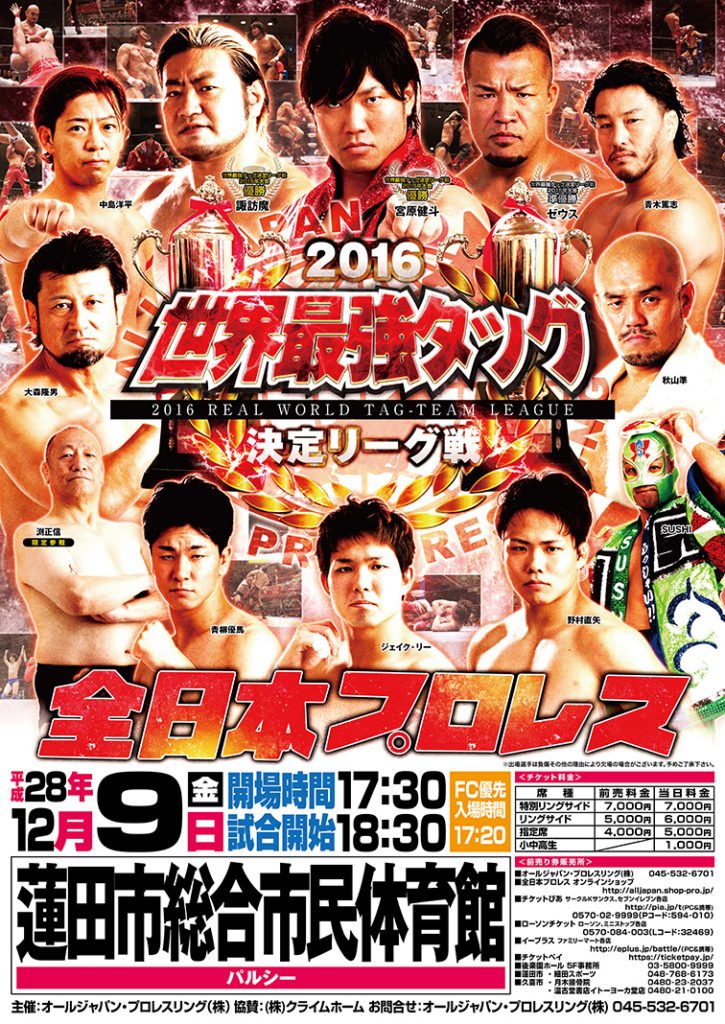 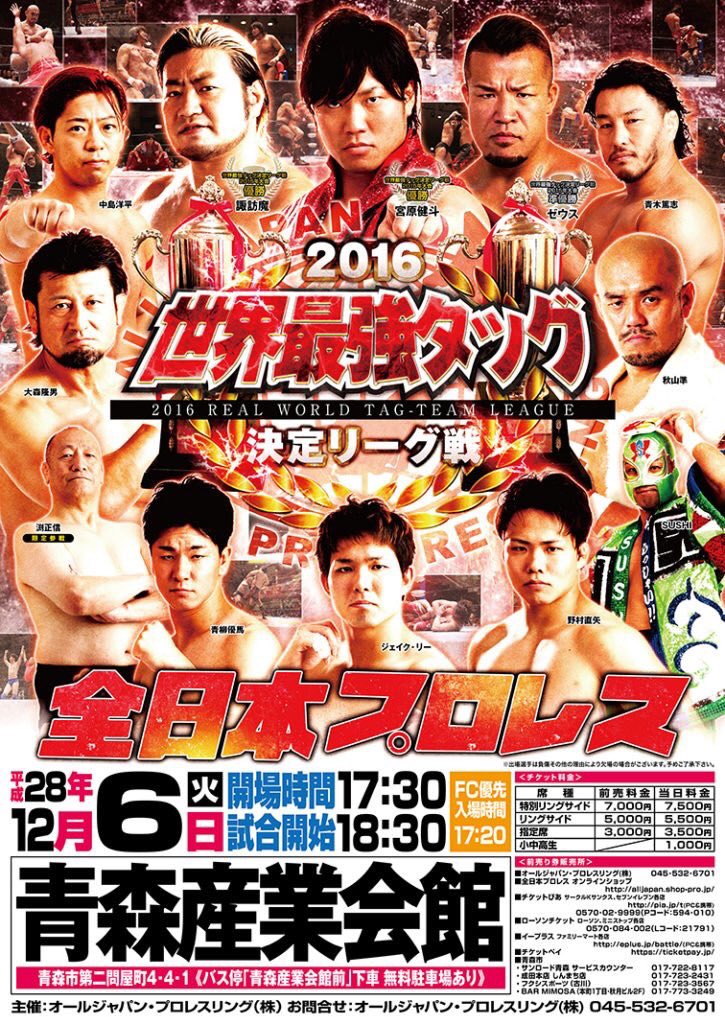 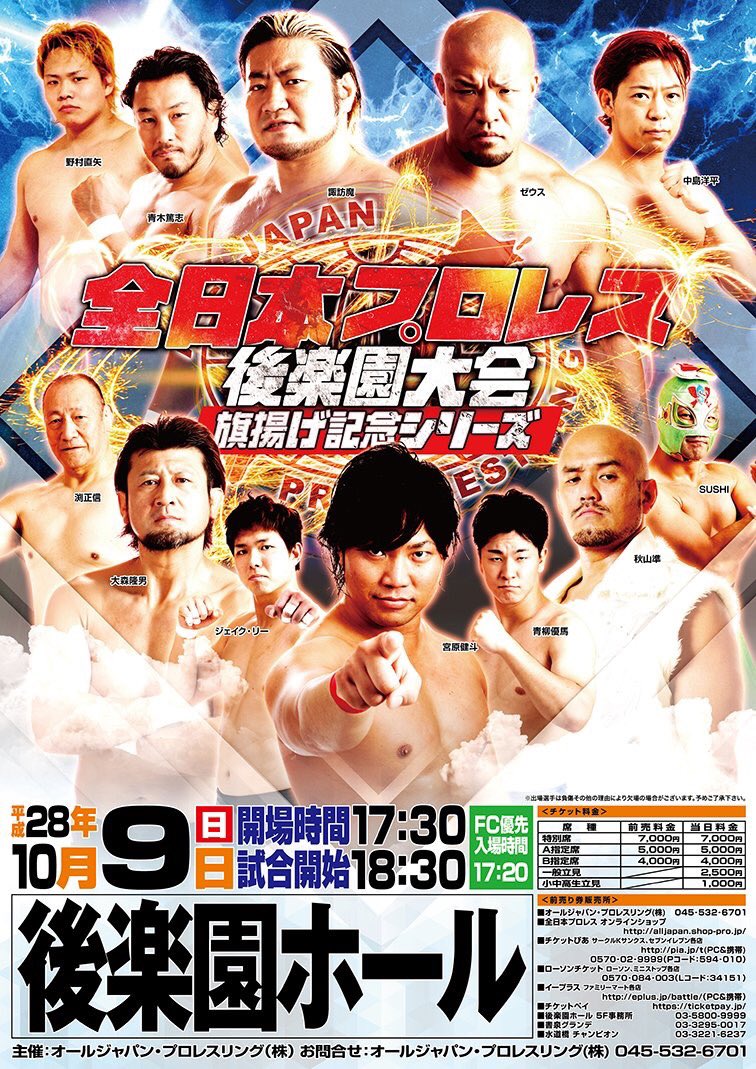 (6) Jun Akiyama vs. Manabu Soya [W-1]
◆Winner: Akiyama (7:53) with a Modified Arm Lock.
~ Kenta Kobashi and Kendo Kashin appeared to offer Akiyama a special birthday surprise, as he celebrates his 47th birthday. Akiyama invited Kobashi to be present for the Ryogoku show next month. Kobashi accepted.
~ Soya made it known that he is not through with All Japan as he hinted that he wants to balance between W-1 and All Japan.

(7) Kento Miyahara & Jake Lee vs. Suwama & Super Tiger [RJPW]
◆Winner: Suwama (22:01) following the Last Ride on Lee.
~ Suwama declared that he will recapture the Triple Crown belt. While the reigning champion Miyahara declared that he is the face of All Japan and he has no plans of relinquishing his reign at this time.

~ The full card was announced for Yuma Aoyagi’s special hometown show on November 2 in Matsumoto, Nagano.

~ Miyahara vs Suwama for the Triple Crown was made official to be held at the big Ryogoku Kokugikan show on November 27.
~ It was also announced that all the belts will be contested on the show, as the World Tag belt match was announced to be the champions Sekimoto & Okabayashi against Zeus and Bodyguard. 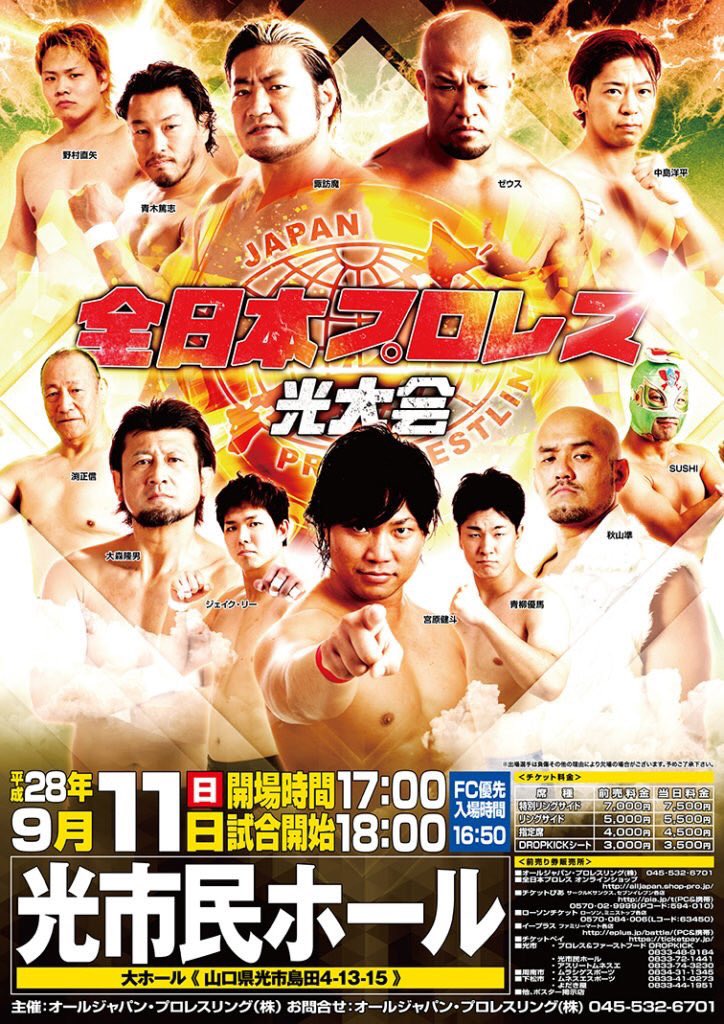 (1) Takao Omori vs. Naoya Nomura
◆Winner: Omori (9:28) following an Axe Bomber.
(2) SUSHI vs. Sakigake [Dove]
◆Winner: Sakigake (9:35) via counter pin-fall from a TEKKAMAKI attempt.
(3) Atsushi Aoki, Hikaru Sato & Sakigake vs. Ultimo Dragon, Kuishinbo Kamen & Tsuchiya Crazy
◆Winner: Aoki (15:53) with a Texas Clover Hold on Tsuchiya.
(4) Kento Miyahara & Jake Lee vs. Yohei Nakajima & Yutaka Yoshie [FREE]
◆Winner: Miyahara (16:03) following the Blackout on Yohei.
~ Though in loss, Yohei declared that he needs to bring himself together to reclaim the GAORA belt on 9/19. As the rematch has been made official against Billyken Kid.
(5) Suwama vs. Rikiya Fudo [LAND’S END]
◆Winner: Suwama (10:52) with the Vice Sleeper.
~ Suwama gave a bit of praise to Takizawa, who he faces in the second round of the Oudou tournament, as he wants an exciting match from a fellow former Voodoo Murders member.
(6) Jun Akiyama & Yuma Aoyagi vs. Zeus & The Bodyguard
◆Winner: Zeus (19:11) with a Jackhammer on Aoyagi.
~ Zeus continues his win streak as he continues building towards the second round of the Oudou Tournament. ~ Sai announced that he will be taking LAND’S END to England on October 5 and Wales on October 6. 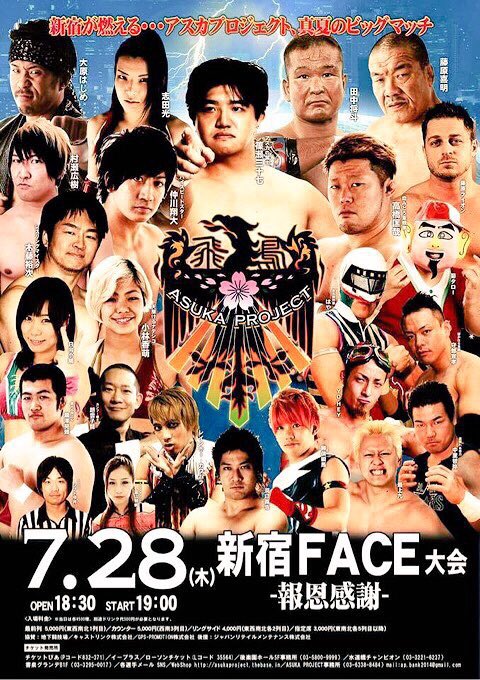 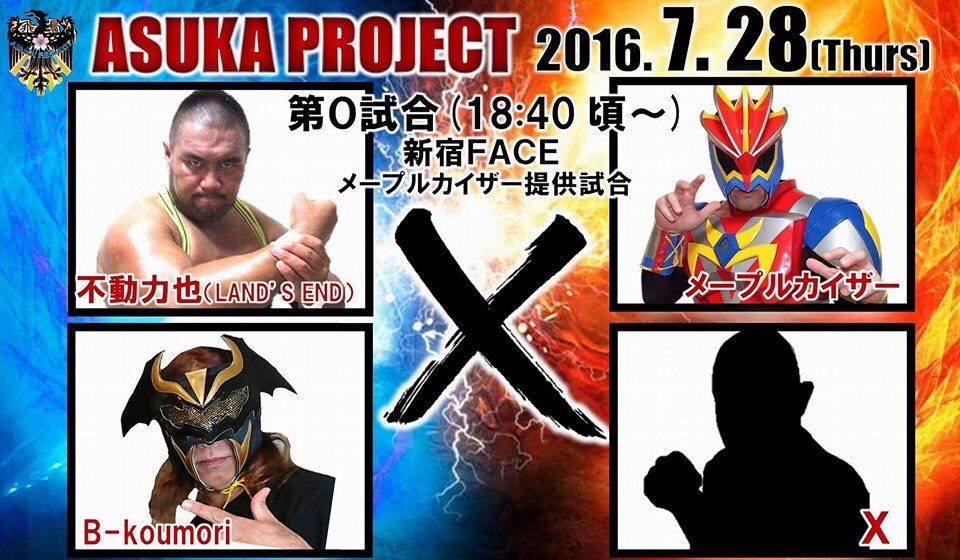 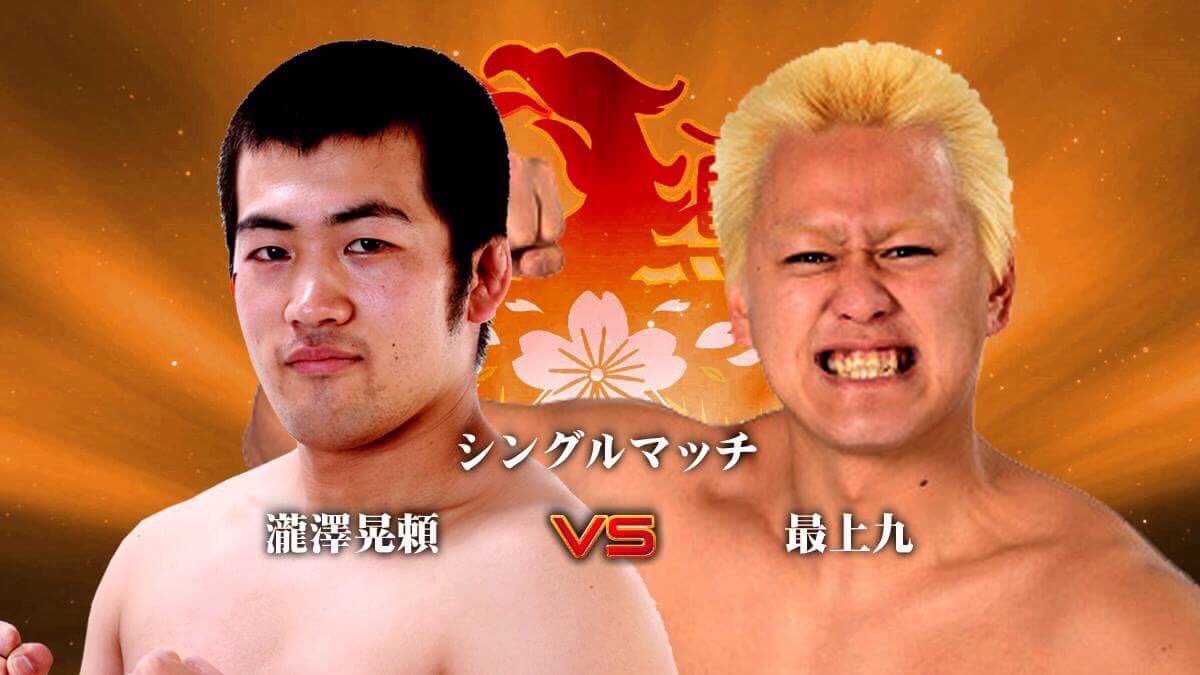 (1) Revenge Match: Akiyori Takizawa vs. Kyu Mogami [K-DOJO]
◆Winner: Mogami (7:46) with a Butterfly Lock.
~ Akiyori announced that he will be heading to train in Mexico starting in October. He called out for a match against Shunma Katsumata before he leaves. 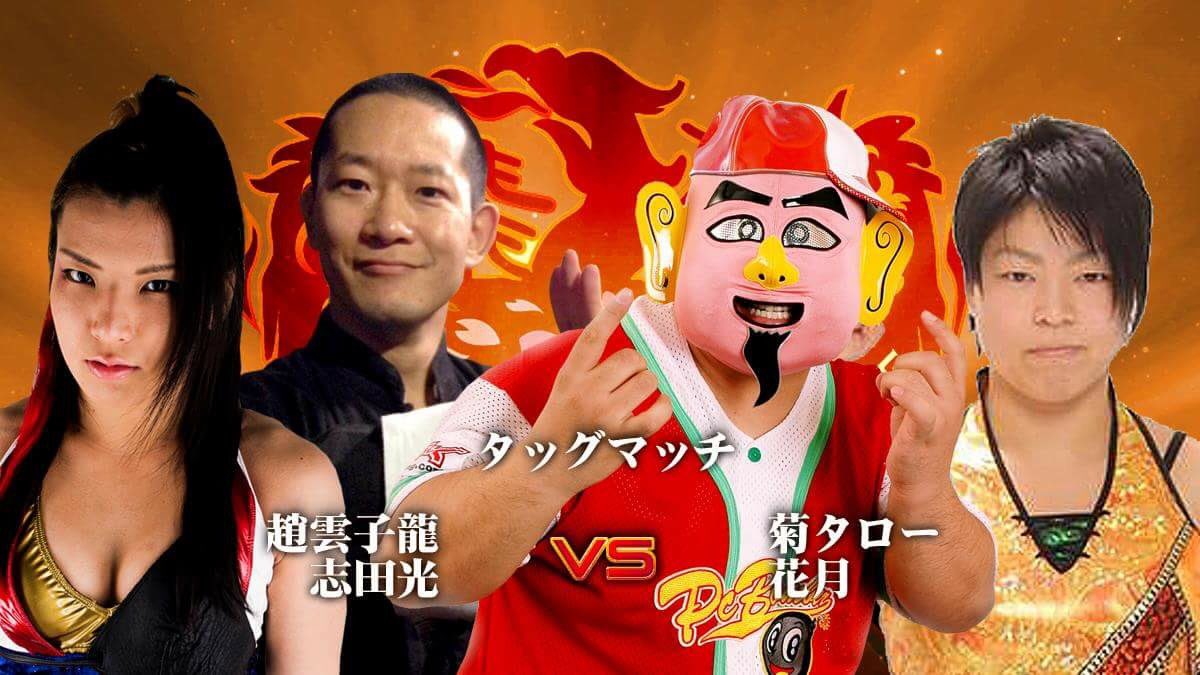 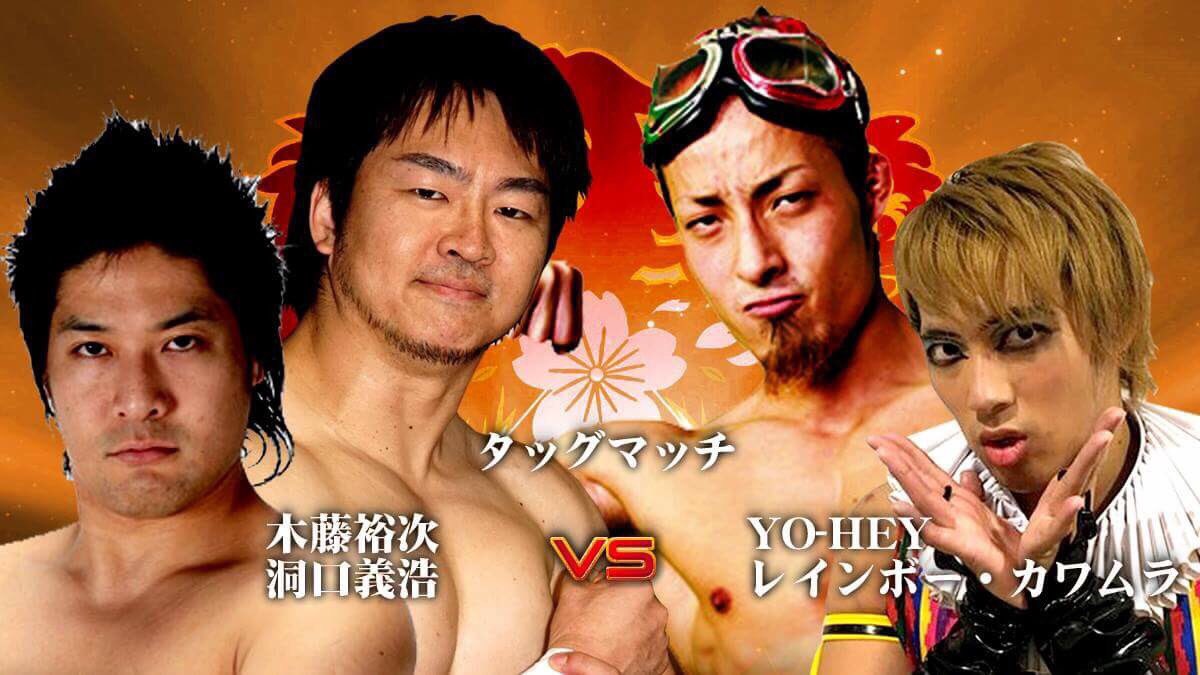 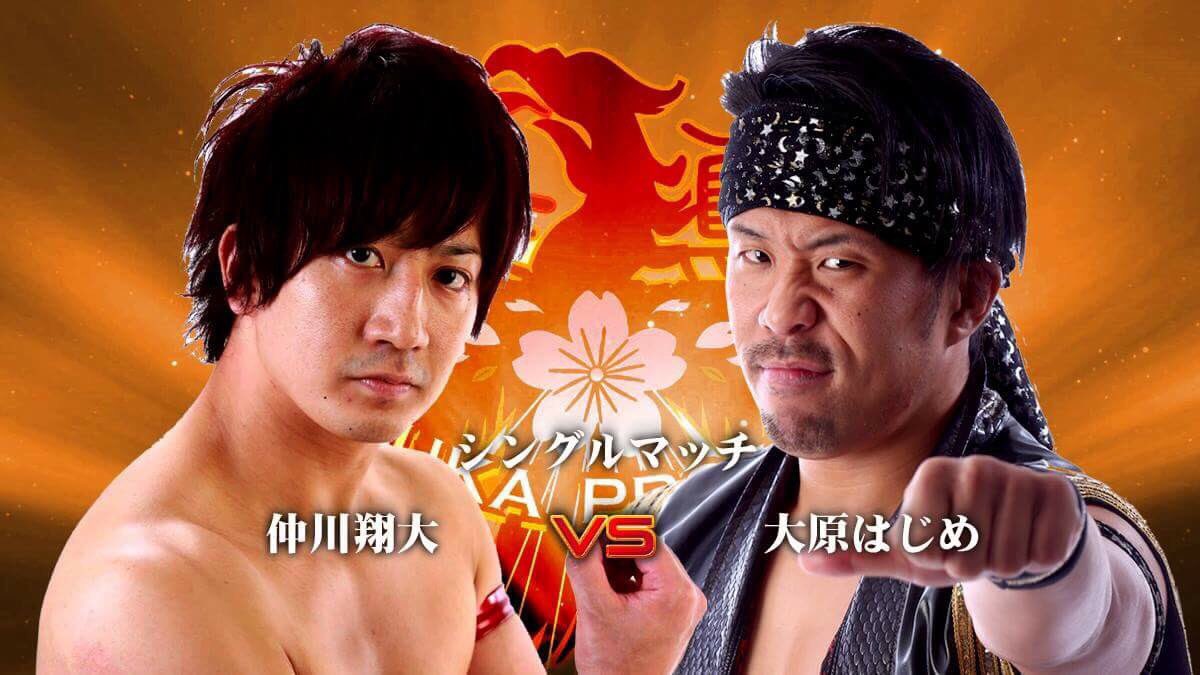 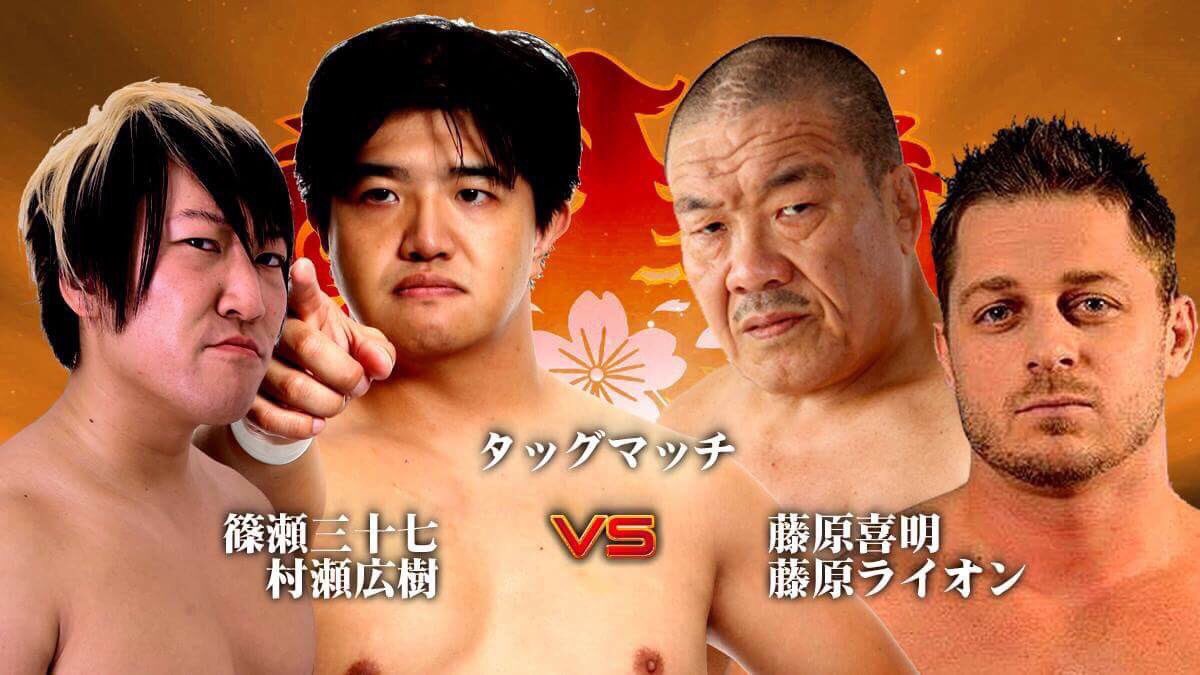 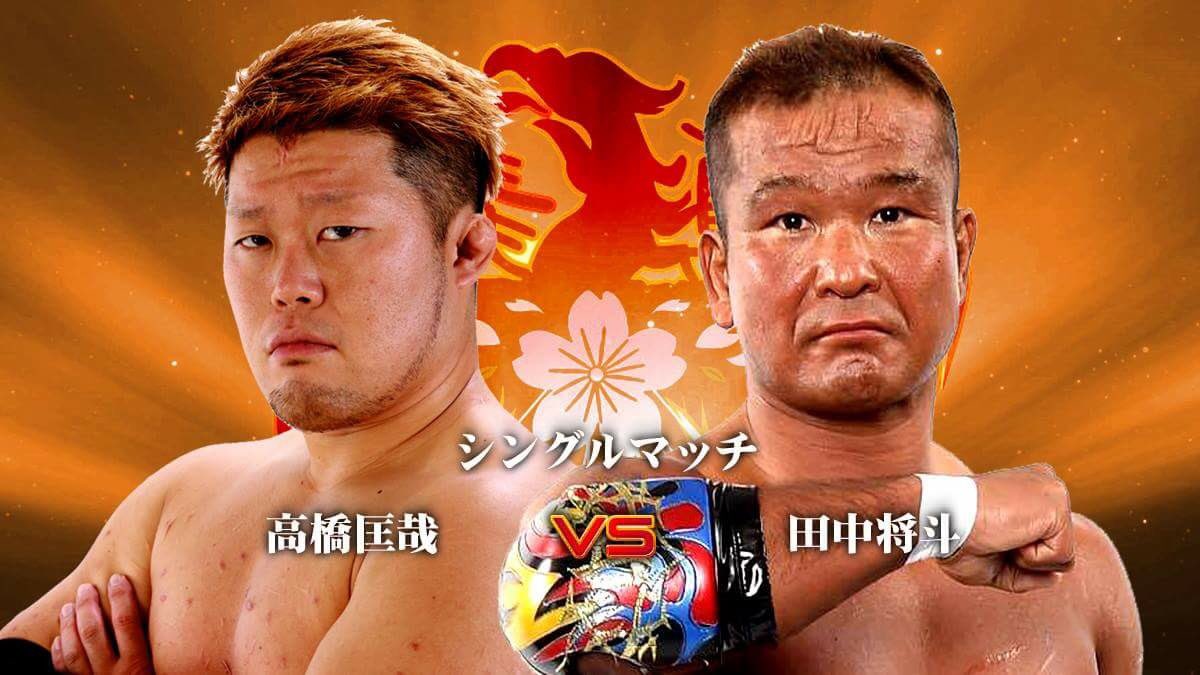