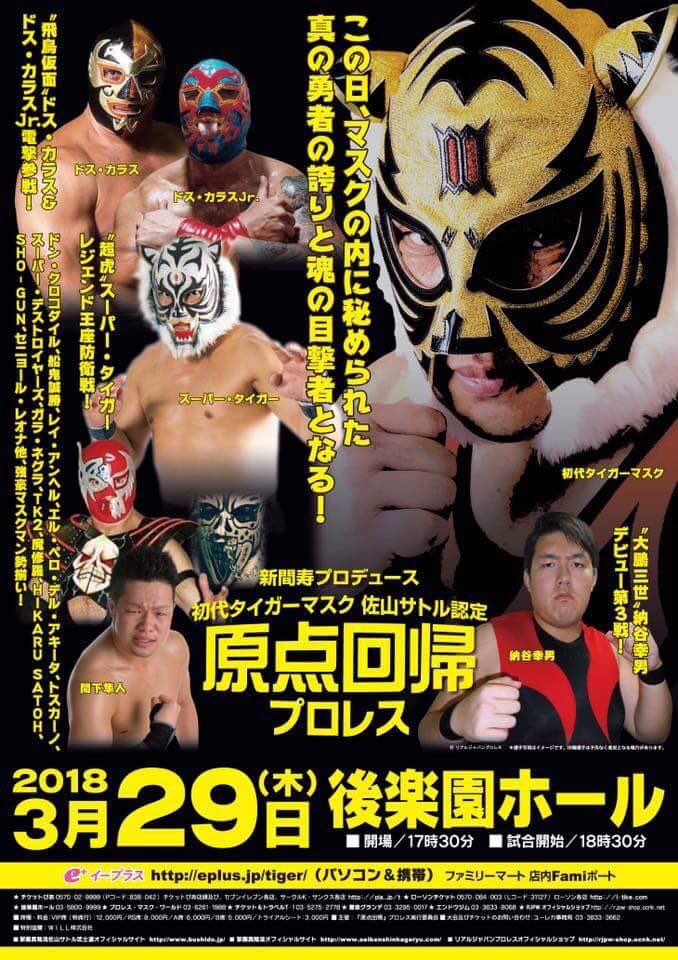 ~ As noted previously, this show will feature most of the guys competing under a mask. Which example with Funaki is that he changed one of his Kanji in his name to represent that of an “oni”.

(1) Mashura vs. Masked Takatoshi
◆Winner: Mashura (5:31) with a Single Leg Crab.
(2) Gara Negra & HIKARU SATOH vs. TK2 & SHO-GUN
◆Winner: Gara Negra (:) over TK2.
~ Gara Negra & HIKARU SATOH won 2-1.
(3) Masakatsu Funaki & “3rd Generation Taiho” Yukio Naya vs. “Super Destroyers” Ain & Cain
◆Winner: No Contest (11:06) Funaki began swinging a chair, and was uncontrollable by the referee. He ended up hitting everyone including his own partner so the referee deemed the match as a no contest.
~ Tiger Mask got into the ring and demanded for Funaki to come back, but he did not. This lead to Naya to call out for a singles match against Funaki come the next show in July.