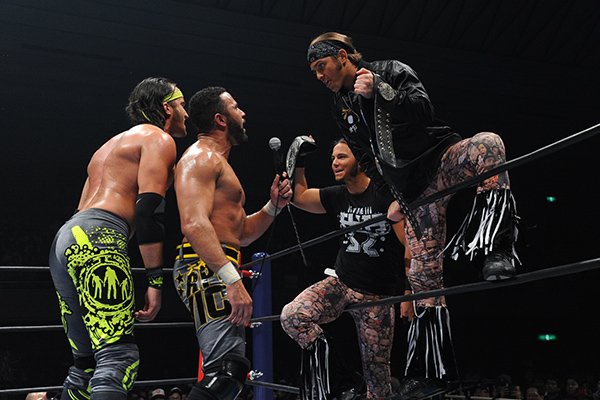 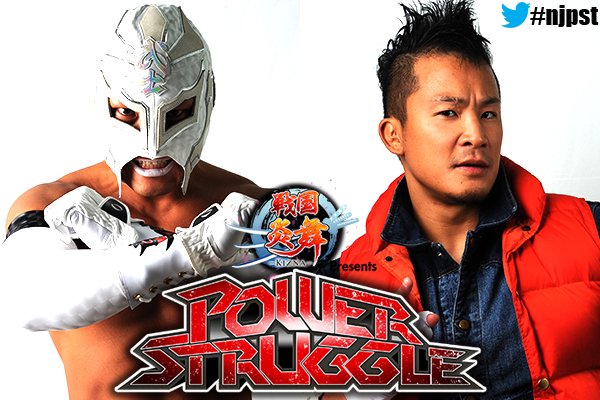 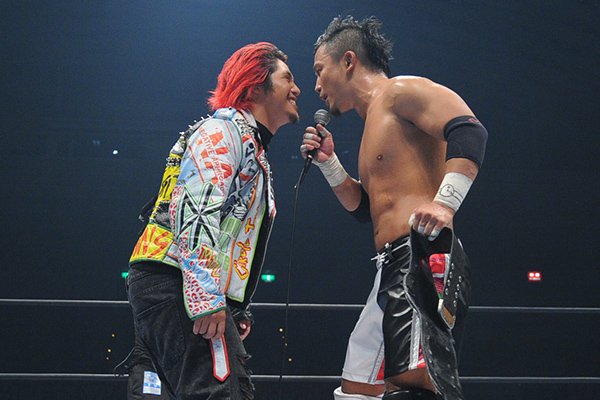 (6) Kazuchika Okada, Hirooki Goto, Will Ospreay & Gedo vs. Kenny Omega, Adam Cole, Matt Jackson & Nick Jackson
♦Winner: Omega (14:01) with the Katayoku no Tenshi on Okada.
~ Omega with the win over Okada before the IWGP Heavy challenge at the Tokyo Dome. 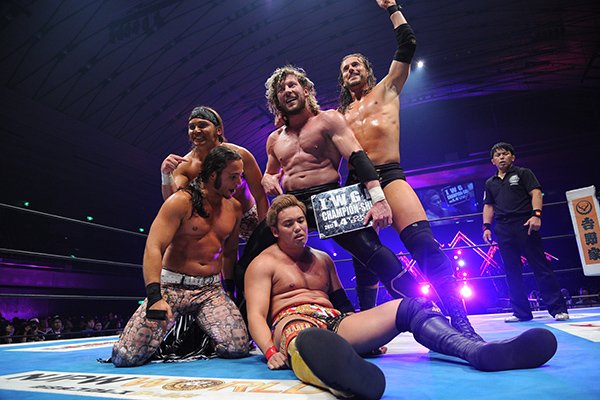 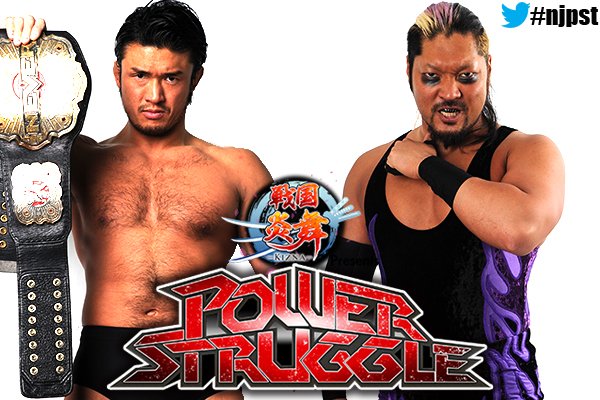 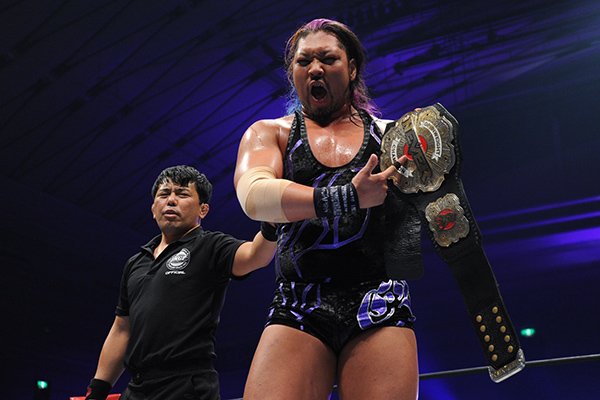 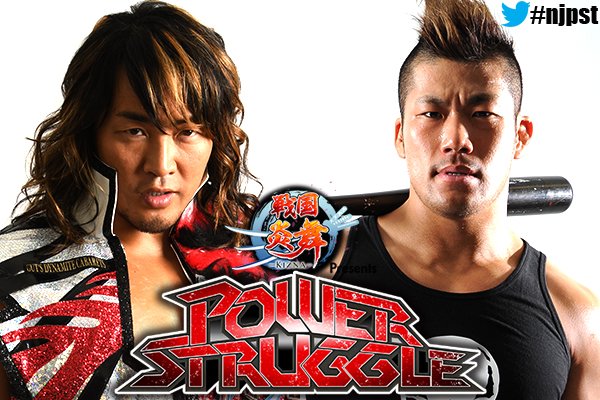 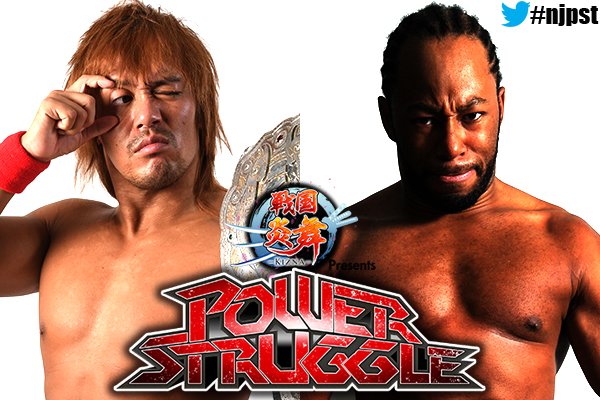 (9) IWGP Intercontinental Championship Match: [15th Champion] Tetsuya Naito vs. [Challenger] Jay Lethal
♦Winner: Naito (24:29) following the Destino.
~ 1st successful title defense.
~ Tanahashi came out to challenge Naito for the belt at the 1/4 show at Tokyo Dome. Tanahashi stated that this is last chance and he gave his challenge to Naito, if Naito wishes to accept it.
~ Naito closed the show with the Osaka crowd giving him their support.
~ During the backstage interview, Naito said he has something to exciting to bring to the upcoming “World Tag League”. 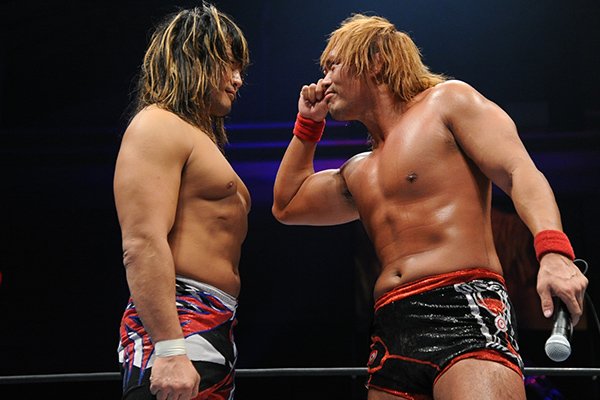 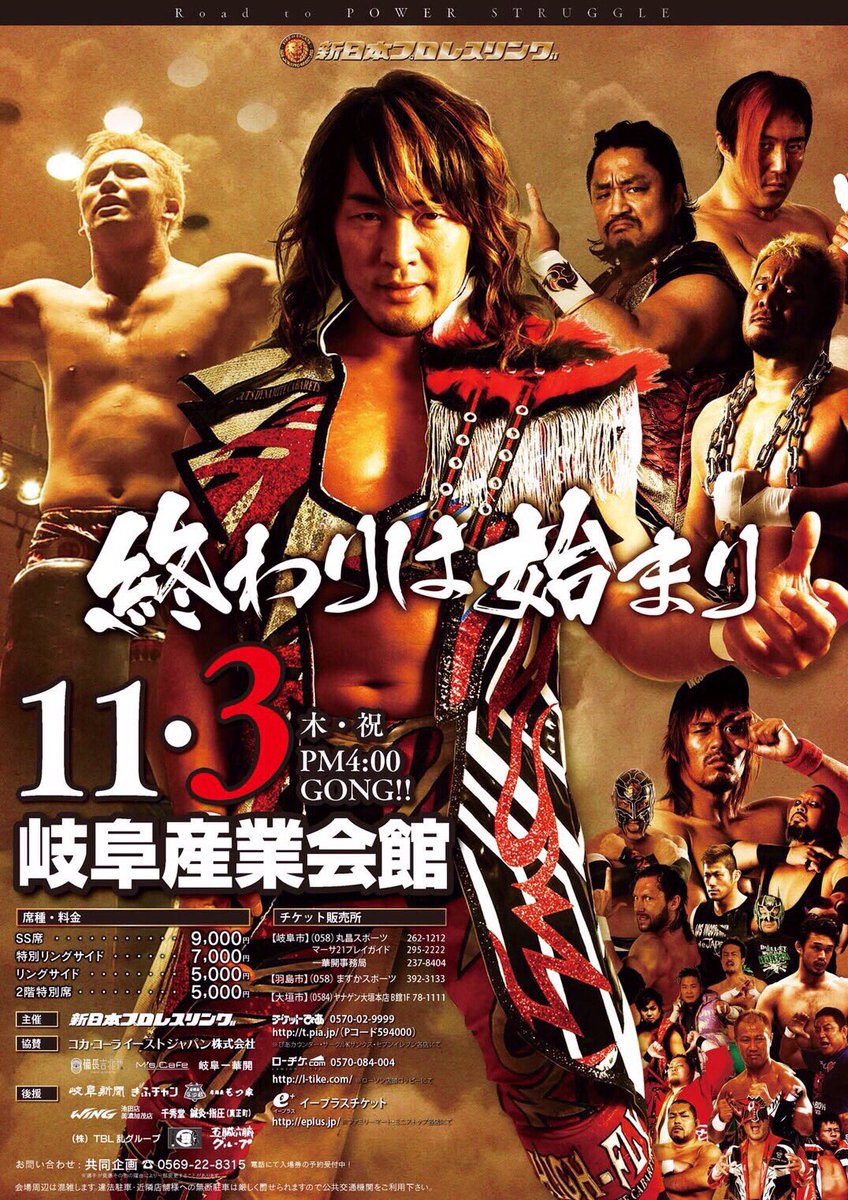 [Tokyo Gurentai News] It has been announced that Seiya Sanada will be returning to a Japanese ring as he takes on FUJITA (Minoru Fujita) on the upcoming Korakuen Hall show.

Sanada has not competed in Japan since last May, after he went freelance from WRESTLE-1. He has since been active in Canada and the USA, namely competing in Global Force Wrestling.

[DDT/NJPW News] DDT’s President Sanshiro Takagi and NJPW’s President Naoki Sugabayashi formally announced that Kota Ibushi will be out of action for a long term due to suffering from a cervical herniated disc.

Ibushi has already been out of action at this point due to a high fever, which caused him to miss a KO-D Openweight title challenge back on 10/25 and DDT’s Okinawa tour this past weekend. Ibushi was also reported to have been suffering from numbness in the left side of his body and this was a major cause for concern. After a close examination he was diagnosed with a herniated disc. The doctor immediately stated that he cannot compete under any circumstances.

Takagi announced Ibushi will miss the rest of this year as well as well as the beginning of next year as well. Also with that the KO-D Tag belts, which Ibushi held along with Daisuke Sasaki, have been vacated. Ibushi also has a book coming out, but the upcoming launch events have been canceled at this time.

Sugabayashi stated that Ibushi’s contract with NJPW is nearing the end of its yearly cycle, but that he is putting it on hold until Ibushi returns. He wishes to give Ibushi a chance to return and make a decision on if he re-signs or not.

[NJPW News] The full card for the upcoming POWER STRUGGLE show on 11/7 in Osaka has been released.

Following the news of Ibushi’s miss, the semi-final match has been altered as Katsuyori Shibat will be teaming with Hiroshi Tanahashi to take on Kazuchika Okada and Kazushi Sakuraba.

With the finals set in place for the “Super Jr. Tag Tournament”, with Sydal & Ricochet taking on Romero & Barreta, a special 8 man junior tag match has been setup featuring some of the other teams. 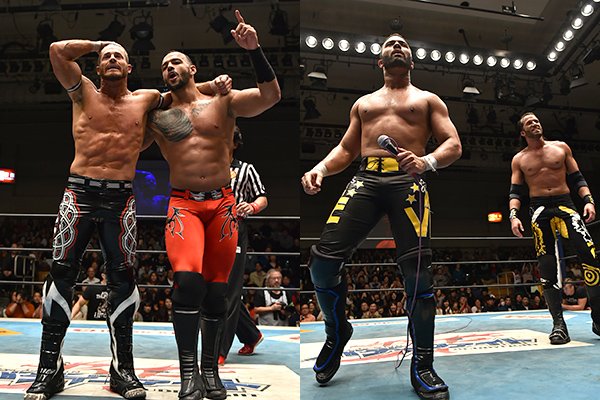 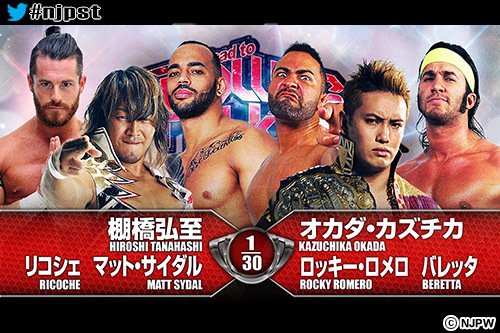 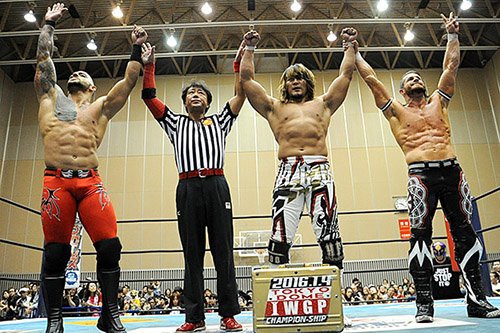 Tomorrow is the first round matches of the “Super Jr. Tag Tournament”.

[NOAH News] NOAH announced that due to visa issues, Chris Hero will be unable to compete on the “Global League” opening show on 10/16 at the Korakuen Hall. Though this only expected to be a delay and he should be in Japan as soon as possible. His match against Quiet Storm has been moved to 10/24 and his match against Takashi Sugiura has been moved from 10/17 to 10/22.

The event cards have been updated…

[WRESTLE-1 News] W-1 announced the next set of their scheduled shows as well as the next defenses for their tag belts have been announced for the 11/3 show.

The newly formed unit of Masayuki Kono, Shuji Kondo, Hiroki Murase and Shotaro Ashino will be leaving it up to the fans to name their group. The group does not appear to be totally full blown heels, even though Kondo tuned his back on Hayashi on 10/9. The group looks to showcase a combined effort in transforming W-1 for the better.

Manabu Soya stated that he is full prepared for the upcoming title defenses that have been set at this time. First up Soya will be defending the W-1 belt against Ryota Hama on 10/31 and then W-1 Tag belts on 11/3 against Hiroki Murase and Shotaro Ashino. Soya made it known that he does not see any issues with Hama’s size versus his own. That he himself is also looking to put on more mass, as he currently stands at 110kg and looks to get upwards to 120kg. Soya aims to become a true powerhouse.
Soya also stated that he is more than eager to accept the challenge of the younger guys with the tag challenger on 11/3. He believes that it is way of strengthening the future is giving chances to everyone who earns them, but with that said he is not planning on taking it easy on them.

[NJPW News] First up the “Super Jr.Tag Tournament 2015” was announced as well as Tetsuya Naito will miss the “Road to POWER STRUGGLE” shows in October & November.

8 Teams have been announced for the “Super Jr.Tag Tournament 2015” in a single elimination tournament.

The teams are as followed…

Then New Japan announced the headlining matches for the next big show “POWER STRUGGLE” on November 7th.

Seven matches have been announced at this time for the upcoming show with the main event featuring Shinsuke Nakamura defending the IWGP IC belt against long-time rival Karl Anderson. This match is coming about after Anderson beat Nakamura in this years G1 Climax and Nakamura, who just reclaimed the IC belt, looking to rectify his losses. Then Tomohiro Ishii will be defending the NEVER Openweight belt against Tomoaki Honma in what is sure to be a heated contest. Honma claimed a win over Ishii in this years G1 and more than ever Honma indeed has more of an edge on his side than ever. Though Ishii has never been one to take a loss lightly.
Then Okada vs. Tanahashi has been set in stone for “WRESTLE KINGDOM” on January 4th, but that still leaves time before the show to build up the match. So a tag match has been set as Tanahashi teams with Kota Ibushi to take on the team of Okada and Kazushi Sakuraba. Then Takaaki Watanabe finally made his return to the New Japan ring as he aligned himself with Tetsuya Naito and assaulted Tanahashi and more so Hirooki Goto. Goto has demanded for a match against the former young lion as aims to put the former young lion in his place.

(5) Shinsuke Nakamura & Brian Kendrick vs. Minoru Suzuki & Taichi
◆Winner: Suzuki (12:39) following the Gotch style Pilderiver on Kendrick.
~ Minoru Suzuki handed Nakamura a Suzuki-gun shirt, Nakamura did not accept, but walked out arena with the shirt in his hand. It appears Nakamura might be torn on a decision.

[NJPW News] New Japan Pro Wrestling announced a couple more matches for the upcoming POWER STRUGGLE iPPV coming up on November 9 as well as card for the lead-in show on November 6, which also sees the final rounds of the Super Jr. Tag tournament.

First up is the 11/6 show which will see the 4 round 1 winners moving to determine the next contenders for the IWGP Jr. Tag belts.
The champions TAKA Michinoku & Taichi have already lost in the first round to Romero & Koslov, so the champions already have a tough road ahead of them regardless of who wins.

The 11/6 show will also be the final lead-in show for the big POWER STRUGGLE event and all of the matches will be prelude’s to the scheduled matches that have been announced for the iPPV.

Below is the updated card.

New Japan announced 5 more matches for their last big show of the year on November 9. Among the matches is a big 3 way match will be held for the IWGP Tag belts as a returning from injury Satoshi Kojima and Hiroyoshi Tenzan defend the belts in a double title match against the NWA world Tag Champions Lance Archer & Davey Boy Smith Jr. and then another NWA team in the NWA Heavyweight Champion Rob Conway and Jax Dane, who will be making his debut in Japan.

It was also made official that Hiroshi Tanahashi and Tomohiro Ishii will face off in a singles match as the two have been heated against one another in recent tag bouts on this current tour, specifically.
Yuji Nagata and Kazushi Sakuraba will also be competing as a tag team before the Tokyo Dome as they take on CHAOS’ Toru Yano and Takashi Iizuka.

Below is the updated event card at this time.

This event will be offered for $20 on USTREAM live and on-demand soon following the live broadcast.