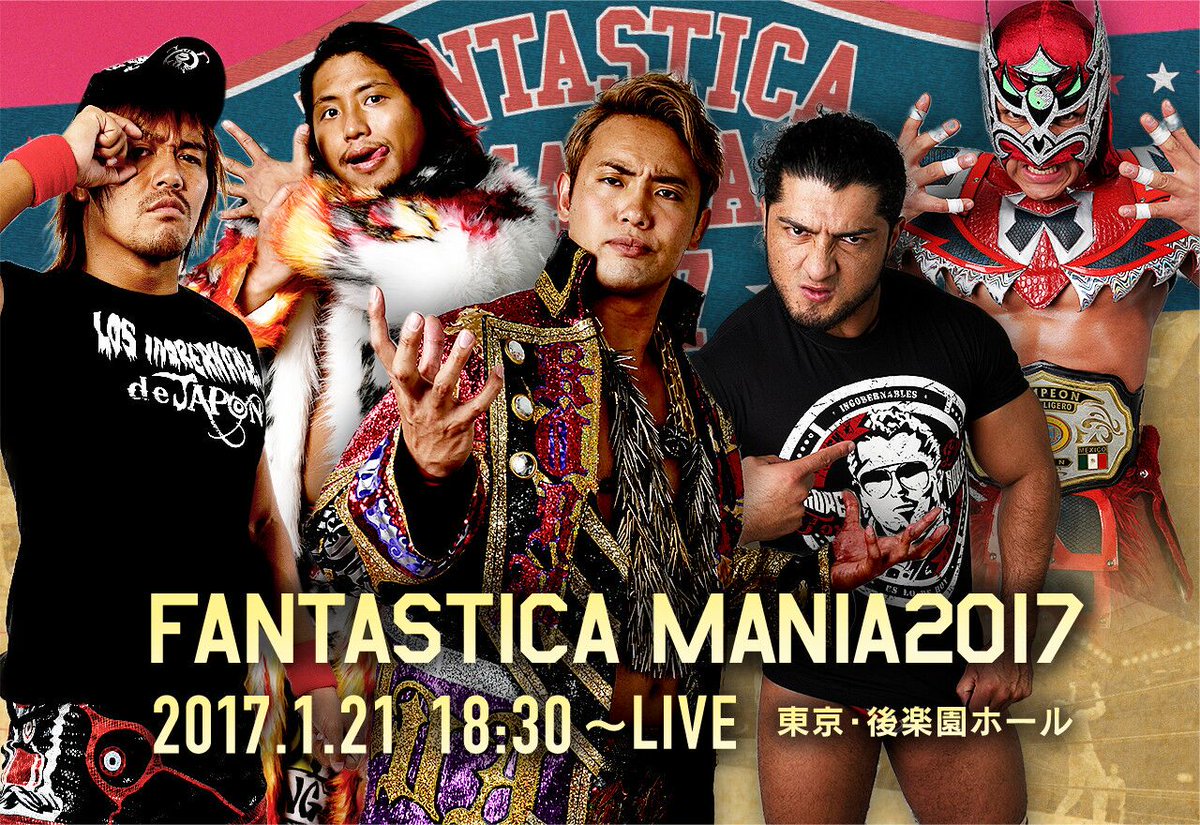 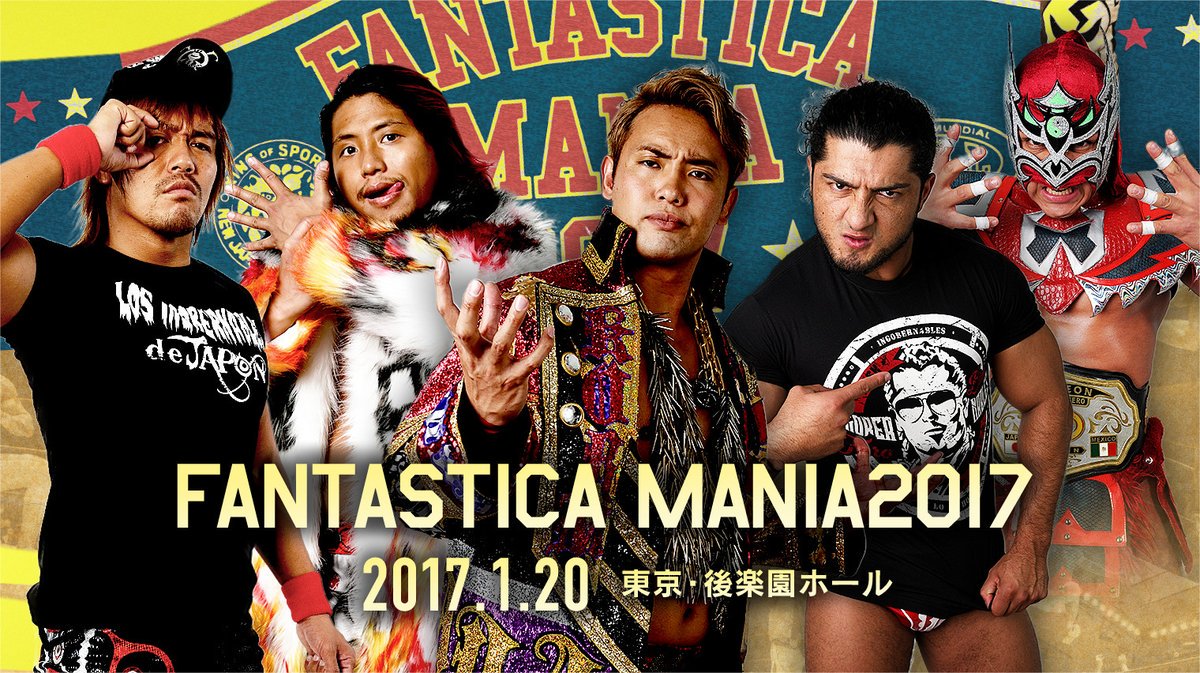 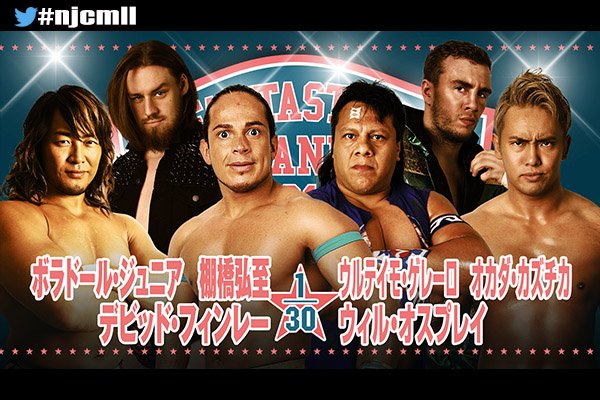 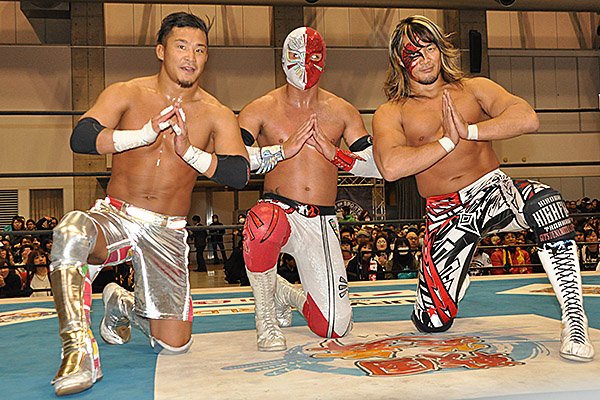 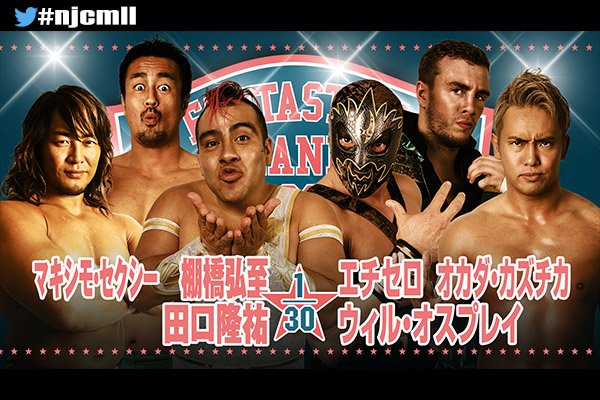 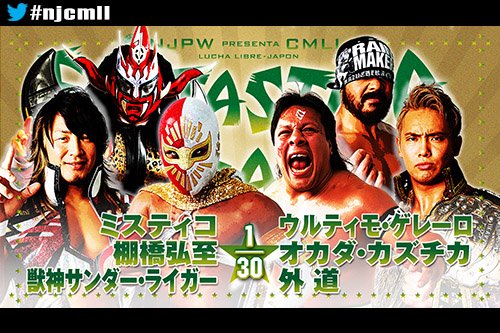 (6) Hiroshi Tanahashi, Volador Jr. & Atlantis vs. Kazuchika Okada, Gran Guerrero & Ultimo Guerrero
◆Winner: Atlantis (17:31) with the La Atlantida on Ultimo.
~ Despite having lost his mask in Mexico, Ultimo Guerrero competed in his mask. He attempted to take Atlantis’ mask during the match, but had his taken instead.

[NJPW News] New Japan announced a few big newsworthy items today and I will do my best to collect them all in this post.

P.S. I normally try and gets news up pretty early in the day, but I have a lot of stuff going on this weekend. Keep that in mind if I cannot get results for tomorrow up until later in the day. Thanks for the understanding.

NJPW announced that the NEW JAPAN CUP will be returning again this year and will be taking place on March 11, 17, 19, 20, 22, and 23. That will be a total of 6 shows compared to last years total of 5 shows for the single elimination tournament.

NJPW announced the full event cards that will be taking place for the NJPW & CMLL joint shows in Japan later on this month.
Among the shows is the announcement that Shinsuke Nakamura will be defending the IWGP IC belt against La Sombra. From the top of my head I am reminded of the singles match betwwen Nakamura and Sombra in the 2011 G1 CLIMAX, of course which saw Nakamura come out the victor. The title will be on the line this time around and I think it could be somewhat of a toss up. Sombra has proven to be somemone that NJPW has shown interest in over the last few years, but with Nakamura looking to bring some real prestige to the IC belt it is tough call what may actually happen on the show day.

———————————————————-
Then lastly NJPW announced the next title defenses that will take place in February.
The first title match of February will be on the 3rd as Masato Tanaka will defend the NEVER Openweight belt against Tomohiro Ishii. The two last faced off in the semi-finals of the NEVER crowning tournament and it was a pretty solid match, but you shouldn’t expect any less from two guys who work pretty solid.

New Japan also announced the title matches that will be headlining big show in February in THE NEW BEGINNING on February 10th.
Hiroshi Tanahashi will be defending his IWGP Heavy belt for his seventh defense against the man who beat him the 2012 G1 CLIMAX in Karl Anderson. Following his win over Okada at the dome, Tanahashi announced that he wants a rematch against Anderson as his next possible defense, and with no one stepping up to face the champion, Tanahashi took the chance to name his own opponent. His loss over Anderson is definitely something that has been on his mind for the last few months and on Feb. 10th he aims to reclaim that loss.
Apollo 55 will find themselves across the ring from one another come the show on Feb. 10th, following WK7 Taguchi made the bid to be the next contender against Devitt and the jr. belt and Devitt accepted. Both have been closer friends for years and it should be interesting to see what plays out whenever they are across from each other than being next to each other.
Both tag belts will be defended on the show as Archer & Smtih are set to defend against Tenzan & Kojima, and then KUSHIDA/Shelley will be defending the jr. tag belts against Romero & Koslov.

Below are announced matches at this time for the February shows.