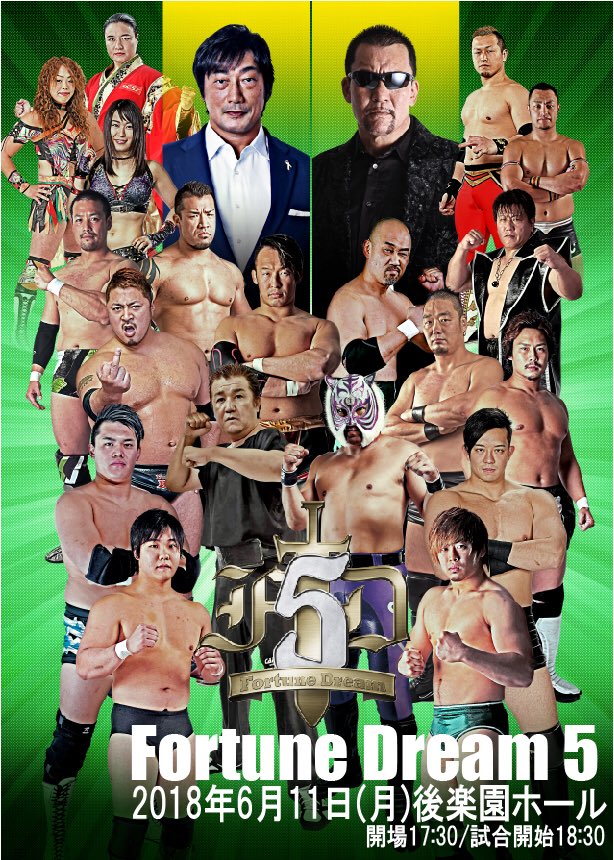 ~ The full event cards were announced for the two-day Sapporo that will be taking place on June 30th and July 1st.

Following the retention of the World Tag belts over TAJIRI & KAI on June 3rd in Kobe, Ryoji Sai and Dylan James will be defending against Suwama and Shuji Ishikawa on the 6/30 show.

Then joining the previously announced World Junior match on 7/1, the main event was announced to be a non-title match as Kento Miyahara takes on his former fellow NEXTREAM teammate in Jake Lee. With Lee’s recent return from injury, he has taken it upon himself to single out Miyahara as he seeks to prove himself now instead of falling further behind due to his recent time on the sidelines. 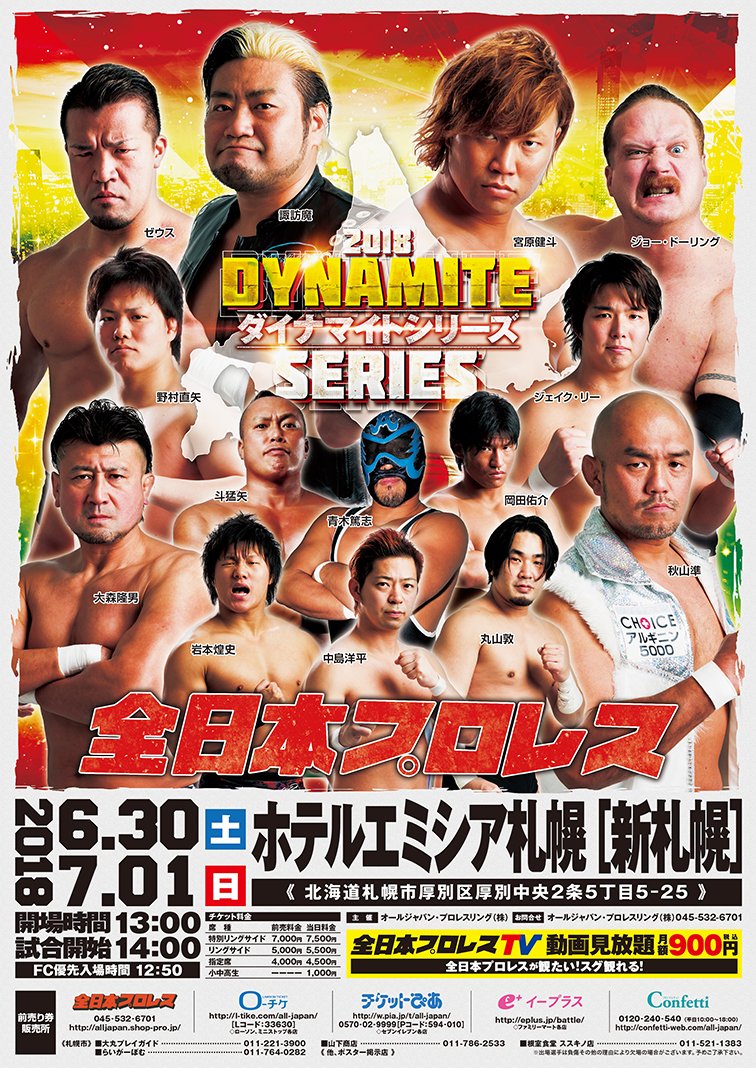 ~ The full event card was announced for the June 14 show at the Shinkiba 1stRING. 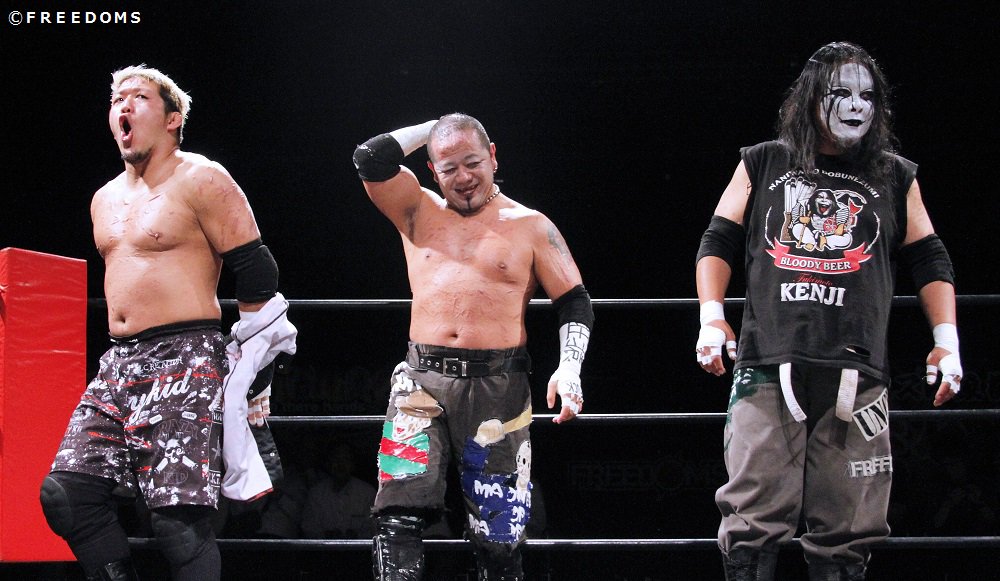 ~ It was announced that Mio Shirai will be the special referee for the previously announced 3WAY joshi match on the show. This is being noted as the last time Io and Mio will be involved in a match before Io is WWE/NXT bound this Summer.

~ The full event card was announced for the June 23 show in Kawasaki. ~ Minoru Suzuki took part in a press conference to announced the main event of the “TAKAYAMANIA” show that will take place on August 31st at the Korakuen Hall. Suzuki was joined by Makoto Ishihara, of the TAKAYAMANIA Executive Committee, to give an update on Takayama and for the upcoming show. It has been a little over a year since Takayama suffered a severed spine injury and diagnosed with almost no chance to fully recover from it. This has lead to charity shows and donations being set up in his honor. As for Takayama’s current state it was noted that he can now move his shoulders just a little bit.

Takayama has taken on the role of producer for this show and has given some ideas to Suzuki in regards to matches. Which the main event was announced with Minoru Suzuki, NOSAWA Rongai & MAZADA taking on the team of Taiyo Kea, Kaz Hayashi & TAKA Michinoku. The match is call-back to roughly 10 years prior when all six of them were competing in All Japan Pro-Wrestling at the time. Special guests are also to attend the show and it will air live on AbemaTV.

~ The full event cards were announced for the June 17 show in Maebashi and the June 22 show at the 1stRING. 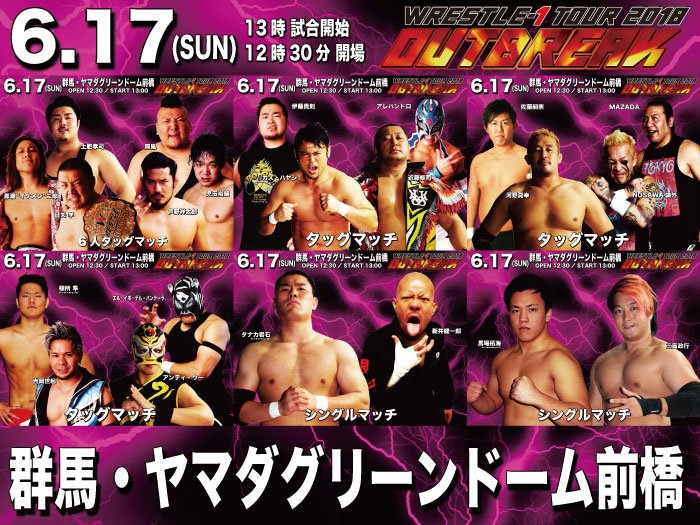 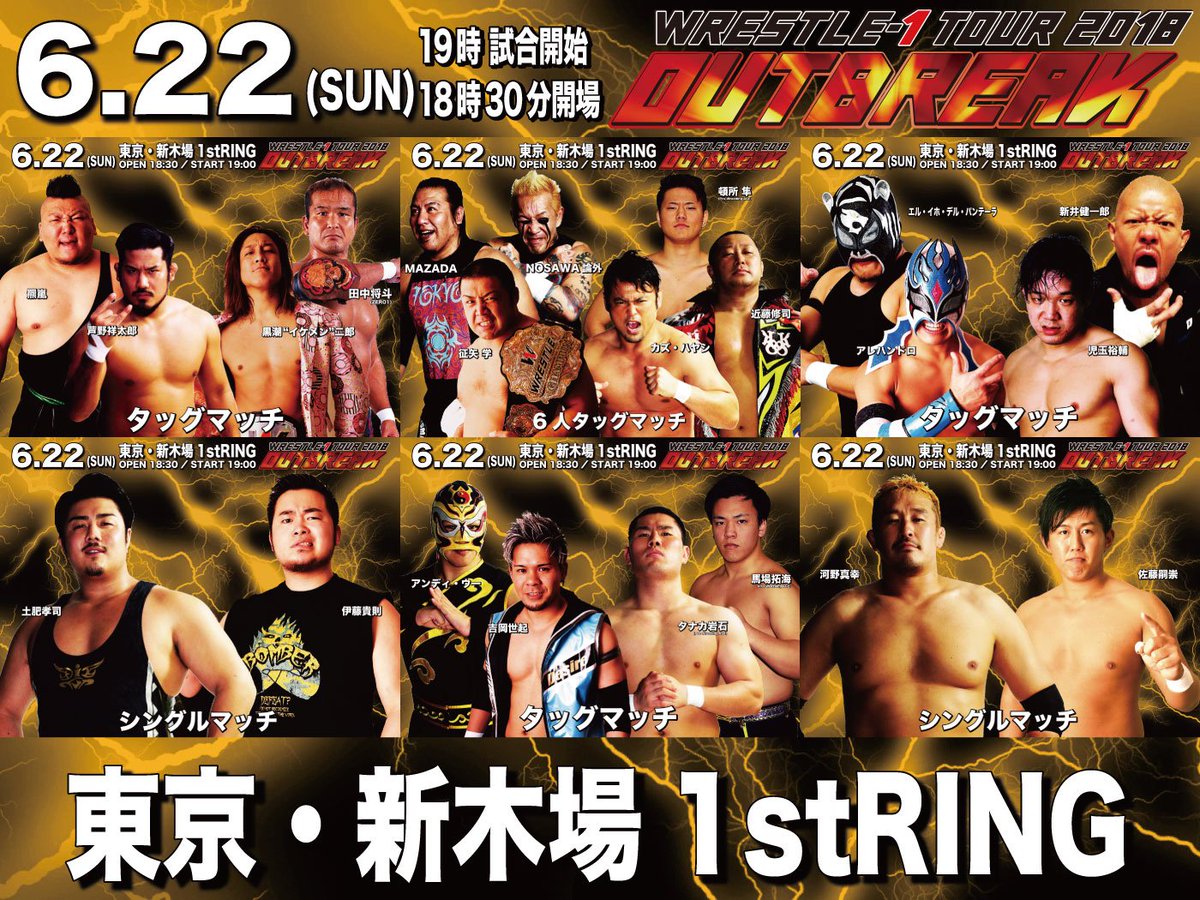 More details were released in regards to the injury that Yusaku Obata suffered at the close of the June 3rd show in Hokkaido. [6/3 Results] His diagnosis was a heat stroke that was brought on by dehydration. He underwent a more thorough examination on 6/4 to which he was found to have suffered chipped bone and fracture in his neck. He was noted to have been suffering from issues with his breathing, which is why they checked his chest and neck, and thus they found the problem after more tests. It is presumed at this time that the fall that occurred while he was on the top rope caused the injury. He has no major problems outside of the breathing issue and thus he should be able to recover with proper rest. Though he will miss the next major scheduled show on 6/9 at the Shinkiba 1stRING.

Which the event card was updated for that show…

~The show opened with Maya Yukihi singing a song

~Risa Sera advances to the finals

~Tsukasa Fujimoto advances to the finals, and will face Risa Sera to determine the new ICE×∞ Champion.

(3) 7WAY Battle Royal: Kyuri vs 235 vs Matsuya Uno vs Tequila Saya vs Mio Momono vs Hiroe Nagahama vs Maika Ozaki

Uno () by being thrown over the top rope

Ozaki and Nagahama () by being thrown over the top rope

♦Winner: Kyuri (8:42) with a Fisherman Suplex Hold on Saya

♦Winner: Toyota (5:55) following a Moonsault Press and a double pinfall on Shimizu and Nagasaki

~Mio Shirai announced that she is pregnant!

♦Winner: Takahashi (11:14) with the Reizouko Bakudan

(6) Last Man Standing Match: Shuji Ishikawa vs. Seiya Morohashi
◆Winner: Ishikawa () following Two Running Knee Lifts, referee stop.
~ This match came about with this being the second to last UNION show before the final show on October 4th. Shuji and Seiya walked together throughout the years of UNION’s existence as they both carried the promotions banner high.
~ Shuji put over Seiya and also thanked him for the match.

~ All the wrestlers then came out to give a final send-off as they head into the final show next month.

(4) “Mr. Perfect” Hiroshi Fukuda’s Return Match: Hiroshi Fukuda & MEN’S Teioh [BJW] vs. Kazushi Miyamoto [FREE] & Seiya Morohashi
◆Winner: No Contest (12:04) the referee ended the match because Teioh and Miyamoto turned on their partners and aligned with one another.