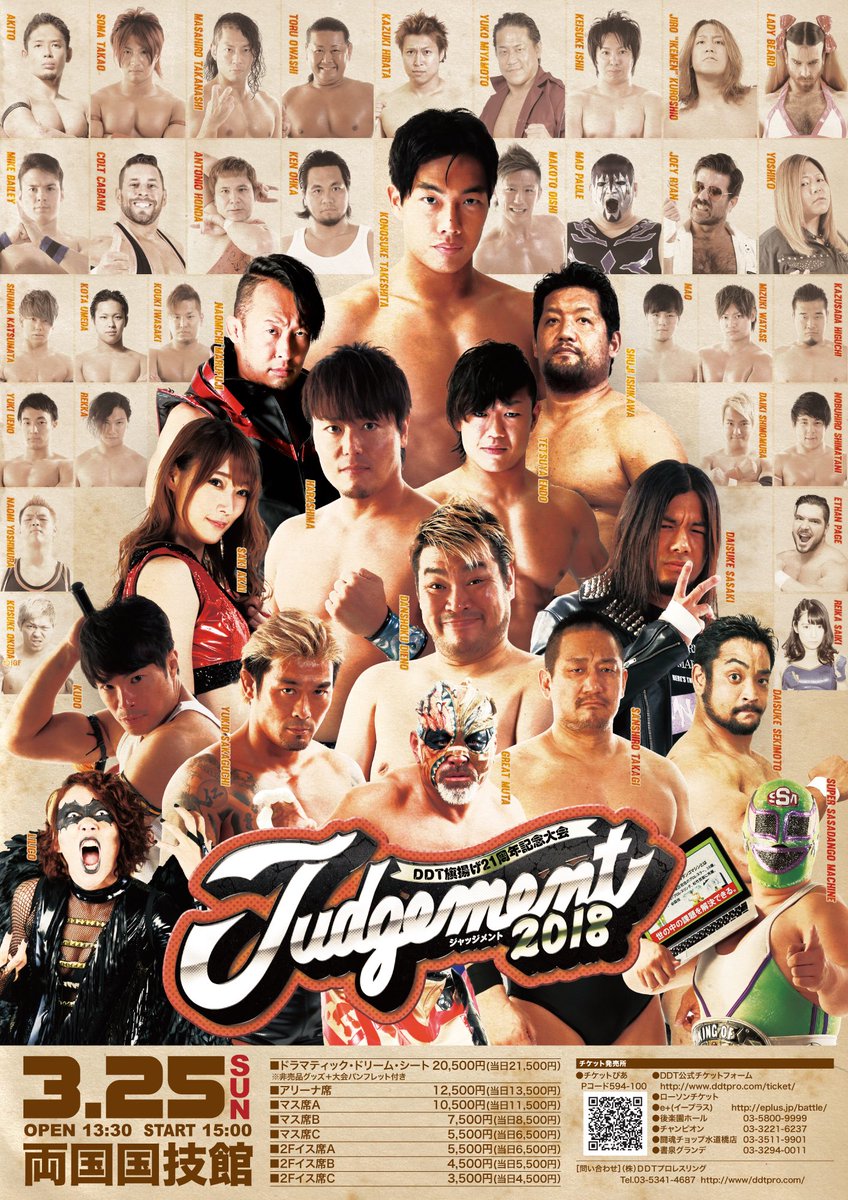 ~ DDT introduced a new logo which was designed by NIGO®,  known for his clothing brand “A BATHING APE”.
~ Peter Pan 2018 was announced to be held on October 21, 2018 at the Ryogoku Kokugikan.
~ DDT anounced that they will be running the Ryogoku Kokugikan for two back-to-back days on February 16 & 17, 2019. 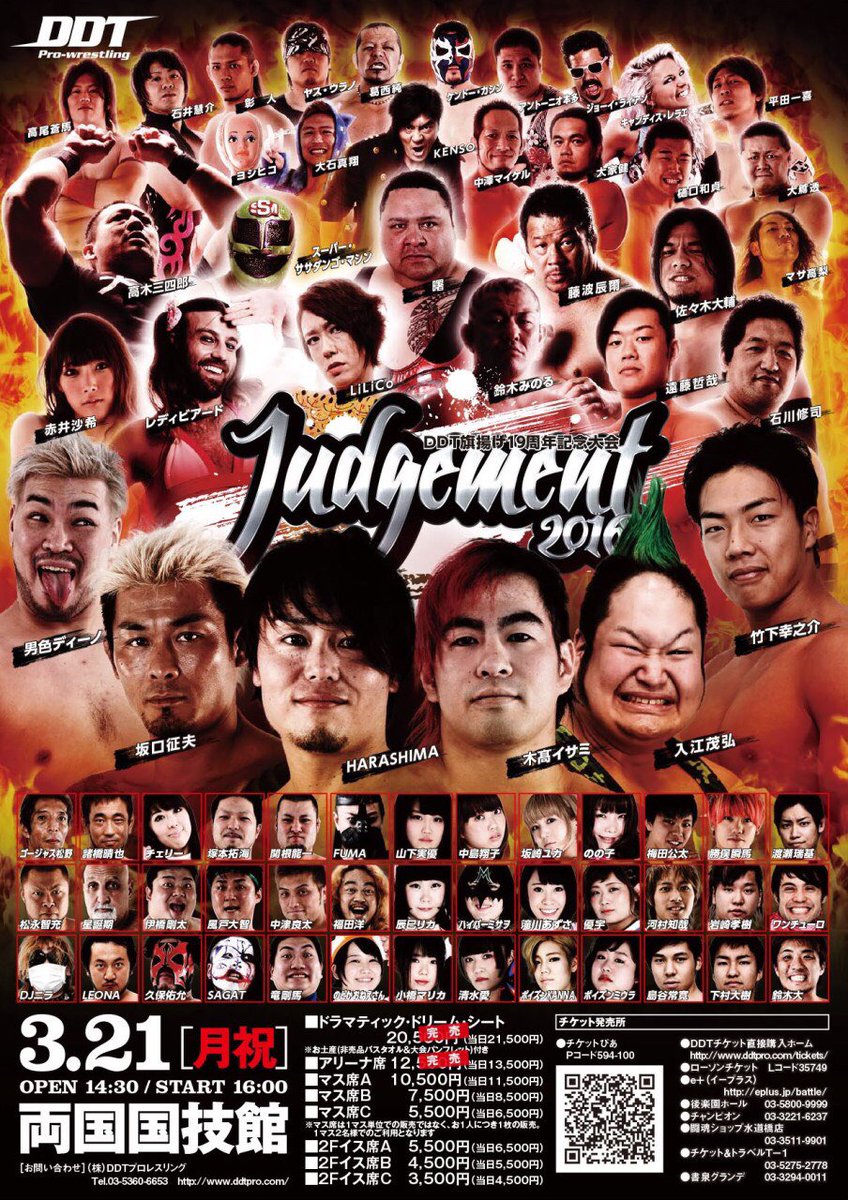 (1) KO-D Openweight, Anytime, Anywhere Challenge Rights Battle Royal: Toru Owashi, Kazuki Hirata, Masa Takanashi, Soma Takao, Tomomitsu Matsunaga, Kazusada Higuchi, Gorgeous Matsuno, Cherry, Ryuichi Sekine, Ryota Nakatsu, Yoshihiko & Ken Ohka
◆Winner: Higuchi (16:53) following the Goten on Hirata.
~ Higuchi earns the next challenge rights and he will receive his title match on 4/24 at the Korakuen Hall.
~ Kazuki Hirata also got a card, but it contained the dating rights for one Aja Kong.
~ Ohka also claimed a card in which he will use it on his show on 3/26. Tomomitsu Matsunaga and Toru Owashi also claimed cards and received the rights to anytime, anywhere challenge rights.

(6) Full Use From East to West Over the Entire Hall ~ Anywhere Fall Weapon Treasure Hunt 3WAY Tag Match: Sanshiro Takagi & Jun Kasai (FREEDOMS) vs. KENSO (FREE) & Michael Nakazawa vs. Kota Ibushi & Gota Ihashi
◆Winner: Ibushi (23:12) with a Phoenix Splash on Nakazawa.
~ Ibushi was in teats as he said his goodbye’s as a wrestler under the DDT banner. Ibushi stated that he wishes to experience the world of professional wrestling, but that he wants to come back to DDT one day.

~ DDT announced their return to the Saitama Super Arena for next year, 3/20/2017. This will be their official 20th anniversary show.