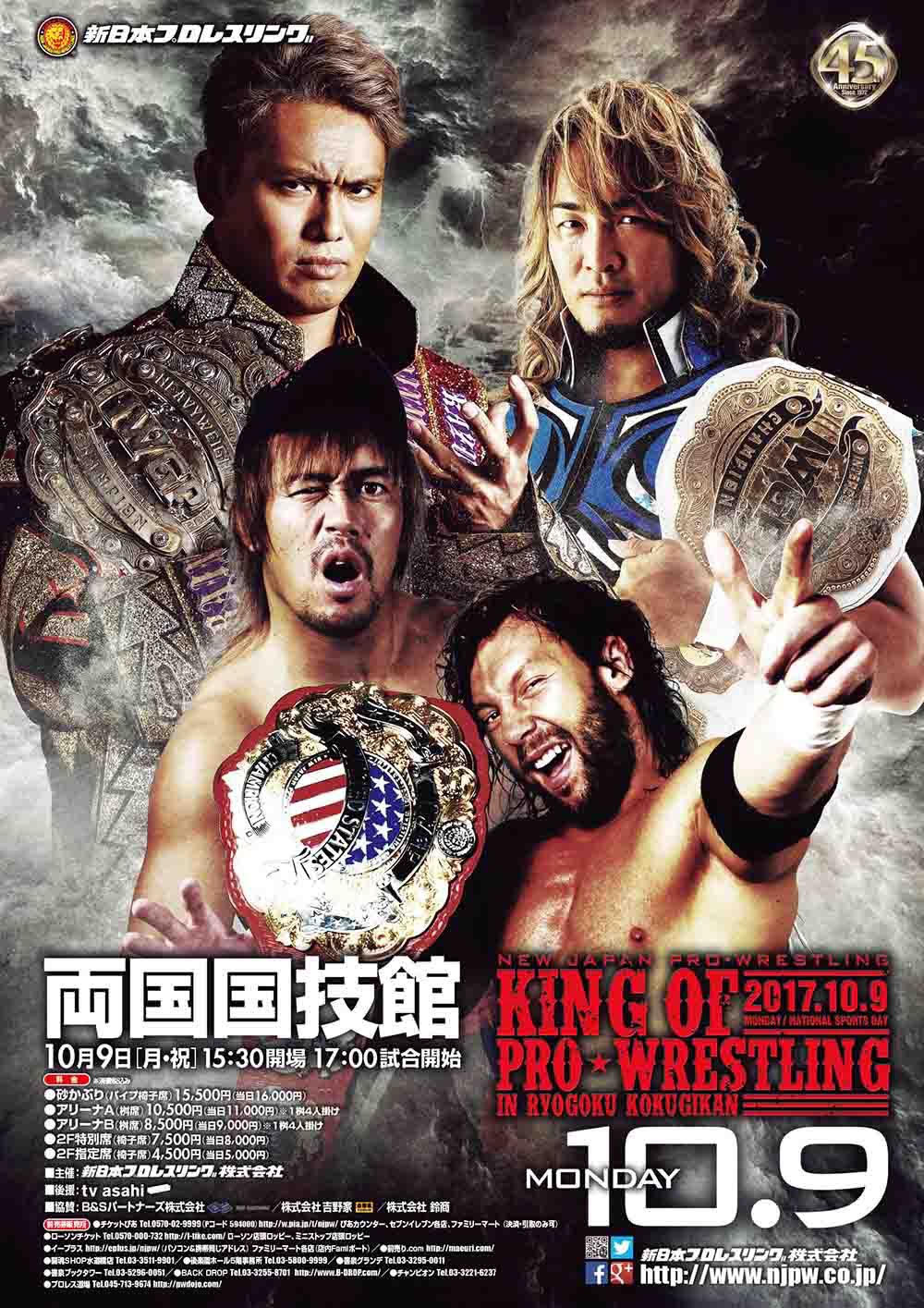 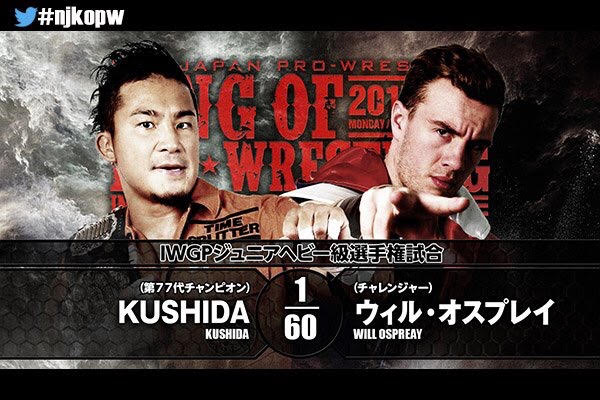 (7) IWGP Junior Heavyweight Championship Match: [77th Champion] KUSHIDA vs [Challenger] Will Ospreay
♦Winner: Ospreay (15:32) with the Oscutter
~Champion falls on his 3rd defense. Will Ospreay becomes the 78th Champion.
~Hiromu Takahashi came to the ring to challenge the new champion, but was interrupted by Marty Scurll, who issued a challenge of his own. 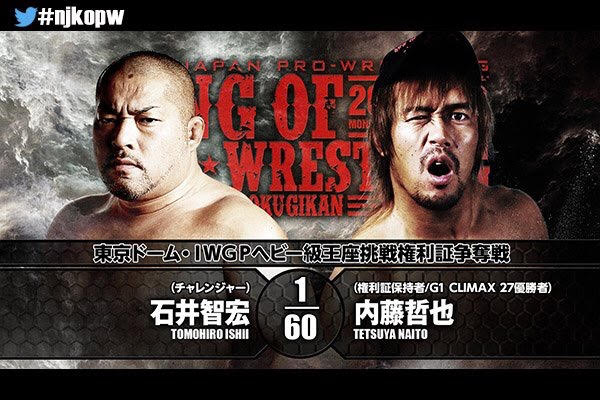 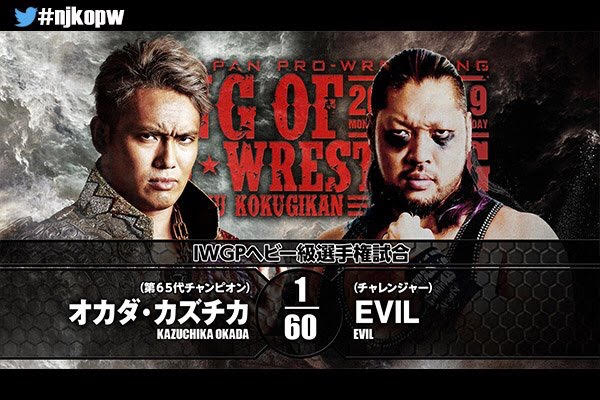 (9) IWGP Heavyweight Championship Match: [65th Champion] Kazuchika Okada vs [Challenger] EVIL
♦Winner: Okada (33:26) with the Rainmaker
~8th successful title defense
~With the defense, Okada is now set to defend the IWGP Heavyweight title against Tetsuya Naito on 1/4 at the Tokyo Dome. Gedo called Naito out to the ring. Naito said there’s still three months until Wrestle Kingdom 12, and to enjoy the wait.
~Okada said EVIL needs to remember how to compete at the IWGP level, and that he’s excited to keep making it rain through the rest of this year and into next year as well. 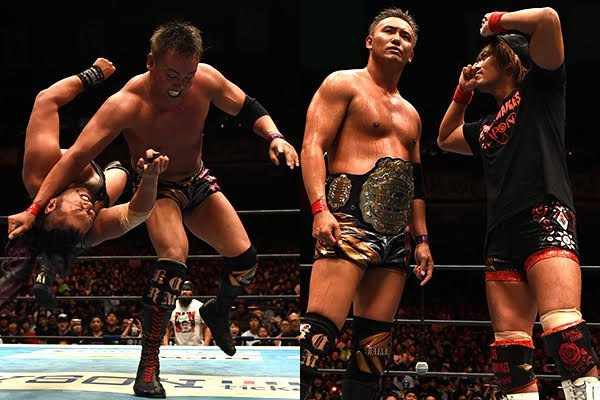