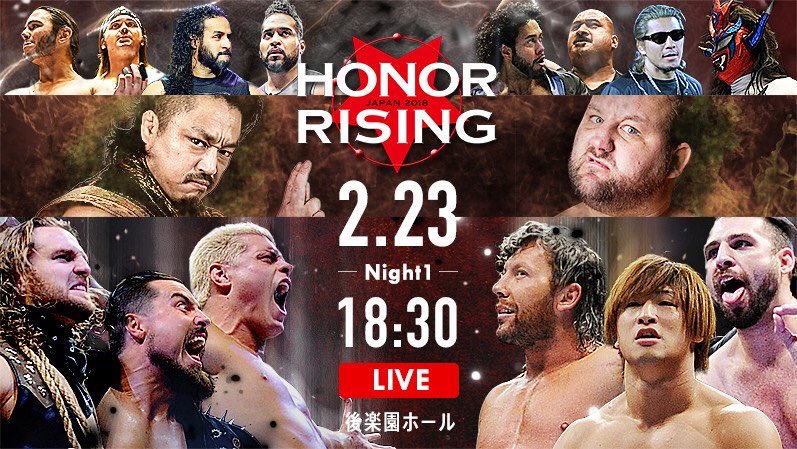 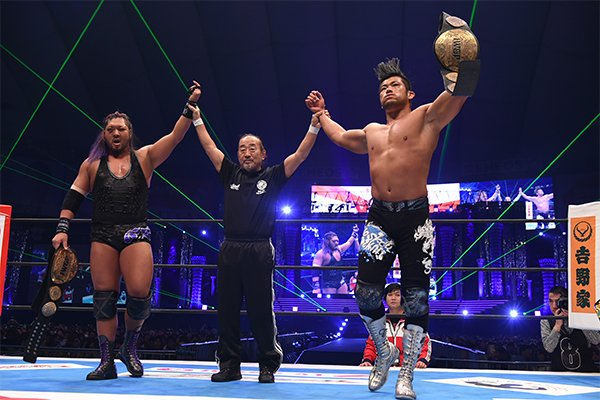 (5) NEVER Openweight Championship Hair vs Hair Match: [16th Champion] Minoru Suzuki vs [Challenger] Hirooki Goto
♦Winner: Goto (18:04) with the GTR
~ Champion falls on his 5th defense. Hirooki Goto becomes the 17th champion.
~ Despite both factions being banned from ringside, Suzuki-gun tried to interfere during the match, but were stopped by YOSHI-HASHI.
~ After the match, Suzuki-gun initially tried to hurry Suzuki away so he could avoid having his head shaved. But then Suzuki walked back to the ring, accepted his defeat and shaved his head himself. 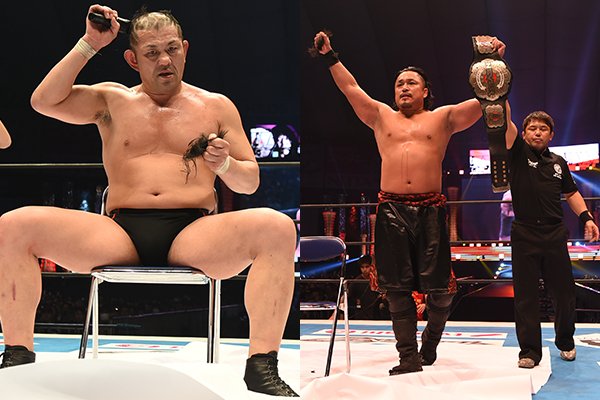 ~ Strong Style Evolved will be held on 3/25 in Los Angeles.

~ Sakura Genesis will be held on 4/1 in Ryogoku Kokugikan

~ Pro Wrestling Dontaku will he held on 5/3 at the Fukuoka Convention Center.

~ DOMINION will take place in OSAKA-JO HALL on 6/9.

~ The first two days of the G1 CLIMAX 28 will take place on 7/14 & 15 at the Ota Gymnasium in Tokyo, and Day 3 will be held at the Hokkaido Prefectural Sports Center in Sapporo. 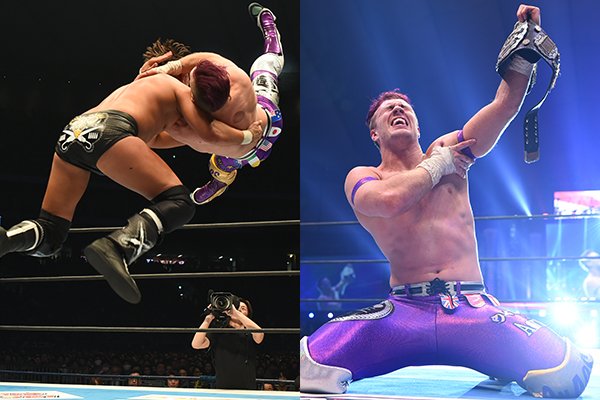 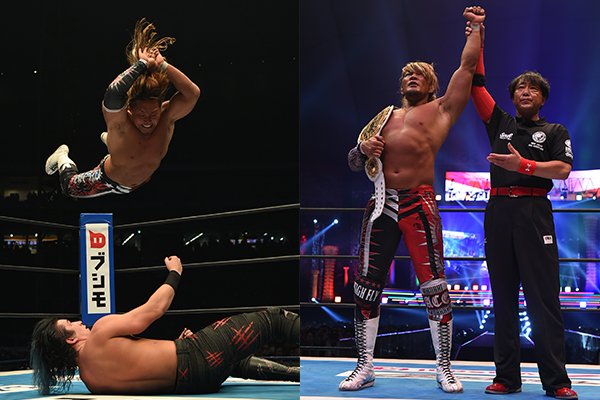 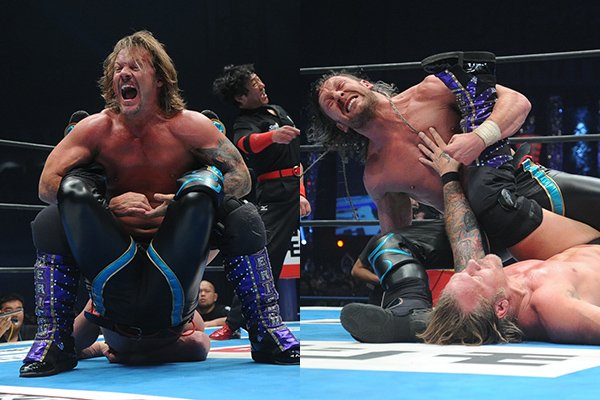 ~ Okada said he believes he and Naito will likely cross paths in the Tokyo Dome main event again someday, and that he wants to make it rain not just cash, but emotions, pride and happiness in the wrestling world.