~ All Japan announced their new streaming service will be providing the Saitama show on 3/25 as well as all of the “2018 Champion Carnival” events.
~ The service will cost 900 yen ($8.49) a month and will be view-able on PC, smarthphone, and tablets.
~ Enrollment for the service will begin on March 19 and all shows provided this month will be offered free of charge. Which includes the big Saitama show on the 25th. Then April will come with the first monthly charge. Which includes the entirety of the “Champion Carnival” shows.

~ It was announced that Miyamoto will be defending the EXTREME belt against Mike Bailey on April 1 at the Korakuen Hall. 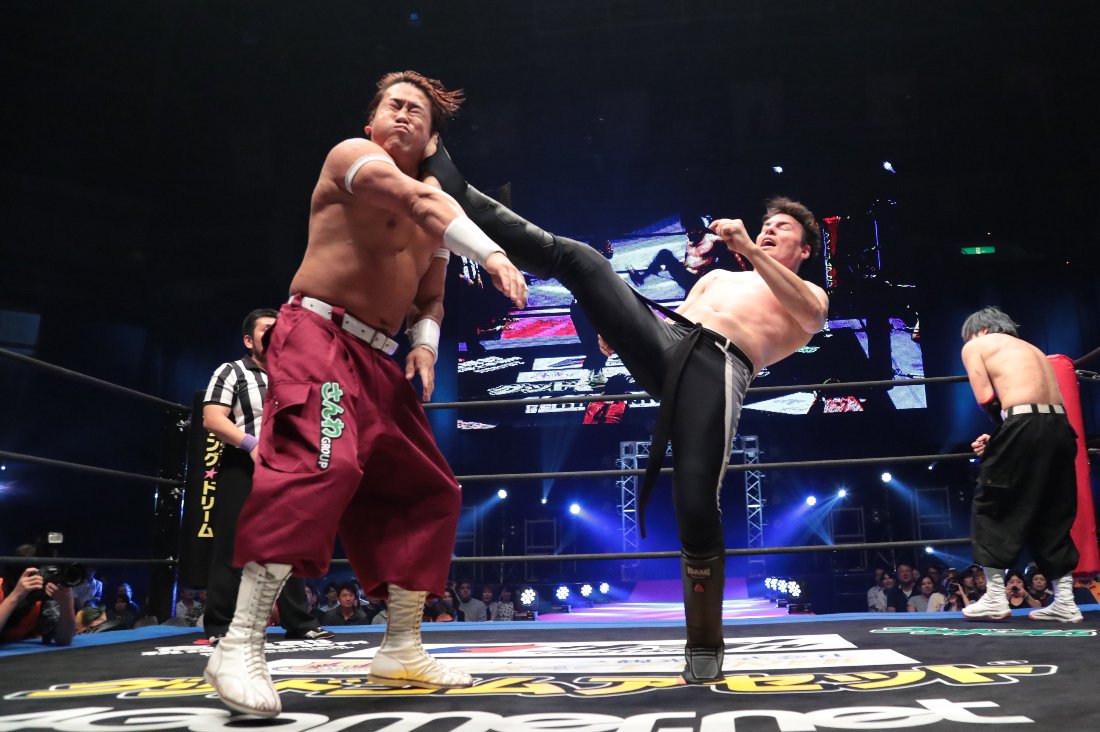 ~ Kenichiro Arai & Hide Kubota were announced to be defending the HEAT-UP Universal Tag belts against the winners of the “Powerful Tag Tournament 2018” Yoji “Dokonjo” Kondo & Daichi Kazato on May 5. 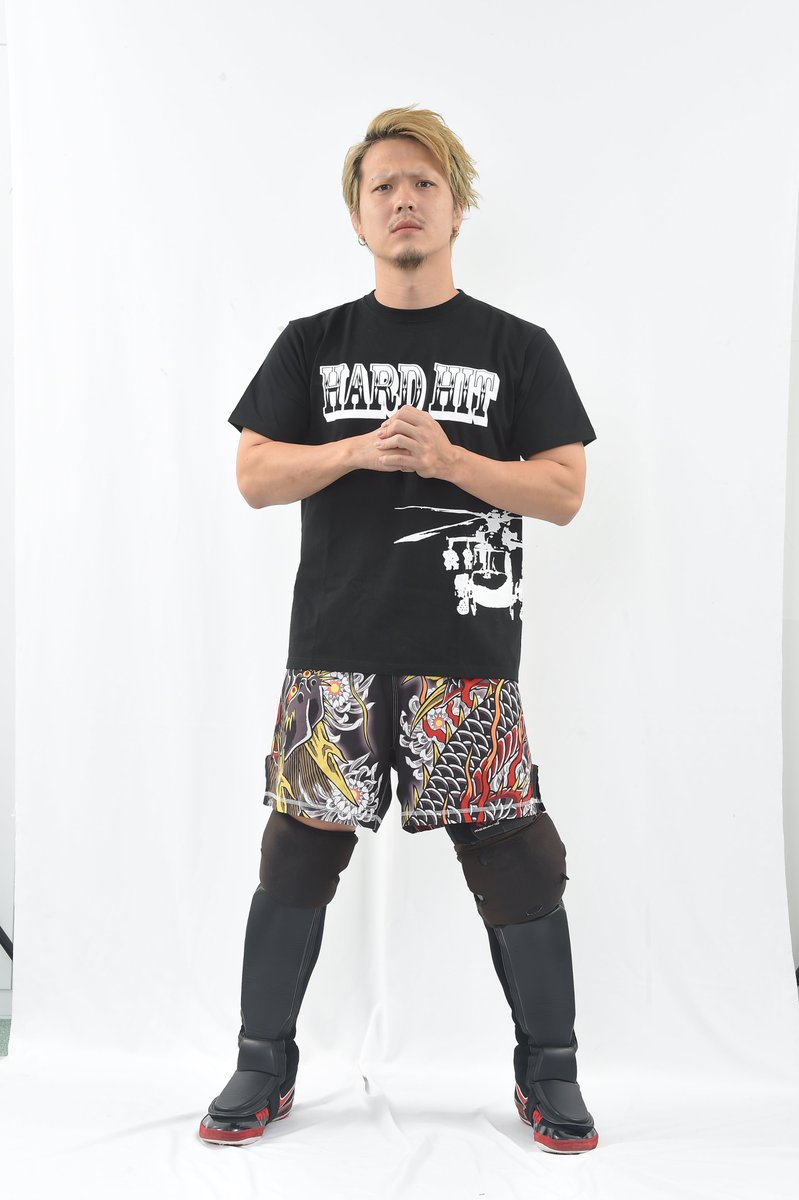 ~ An update on Fujita Jr Hayato as he just underwent a successful surgery due to repair a ligament rupture to his left knee. He will begin rehabilitation and there is currently no time frame for when he will be able to return to the ring.

It was officially announced that Taiji Ishimori has become a freelance wrestler effective today, March 12. After spending the last 12 years competing in the Pro-Wrestling NOAH ring, 10 of which as an official member of the roster, Ishimori has decided it is time for himself to step away and take a new step in his career. During his time in NOAH, Ishimori has achieved much success in being a multi-time former junior singles (3 times) and tag champion (6 times) and even capturing the record for most defenses with the singles belt at 10 in total. He even just recently held the X-Division belt in Impact Wrestling.

Ishimori mentioned that during his recent time in Impact that he was reunited with KENTA, now Hideo Itami in the WWE, and one thing that he took from their meeting is that there is still much for him to do. This has led to him wanting to take his career into his own hands and try new things. Ishimori stated that he is thankful to all the NOAH fans, staff, and wrestlers for their support throughout the years and he even wished all the best to his now former tag team partner Hi69.

Ishimori mentioned that he has received offers from an overseas promotion, but before he would accept an offer he believes there are somethings he can still accomplish while in Japan. Though his ultimate goal though is that of a “global expansion”.

Masayuki Uchida stated that he thankful for all that Ishimori has done for NOAH throughout the years and contributing to the recent revival of the promotion. He is respectful of Ishimori’s wishes and acknowledged that the door would be open for him to compete in the NOAH ring again, if he so desires. 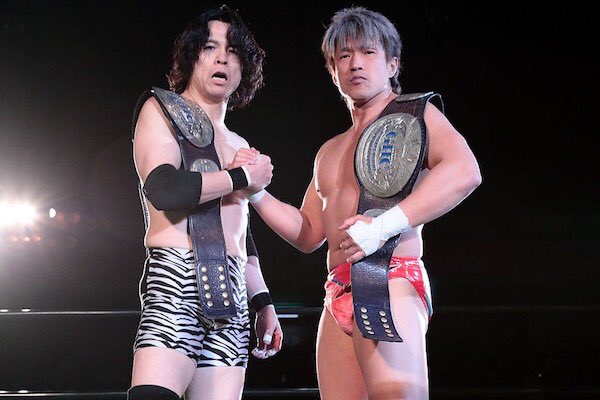 Update #1: Apparently Ogawa has made his intention known that he wants to vacate the GHC Jr. Tag belts following Ishimori’s announcement. (Of course it is now on the GHC committee on where they honor this request or not.)

Update #3 : Then following these changes it was announced that tag tournament will be taking place on April 14 & 15 to crown the new champions. Currently no teams have been announced at this time.

Toshiaki Kawada announced that he will be hosting a self-produce show on April 26 at the Shinkiba 1stRING in Tokyo. No matches were announced for the show at this time, but he mentioned that there will be at least 6 in total. As for some names involved he mentioned Shiro Koshinaka, Naomichi Marufuji, and Tamon Honda as a few he wishes to see compete. If there happens to be fan support for this show he would like to hold them regularly at least once every 2 months.

Kawada stated that he not be able to compete due to the injuries building over the years, but that he has stayed connected to the business through guest commentary and public events. He has visited several promotions throughout the last several years and wishes to try his hand at showing his own concept for a combined pro-wrestling event.

The latest W-1 TV is up which features highlights from the 3/14 show at the Korakuen Hall. Ashino vs. Soya, Mutoh’s “Final Moonsault”, and the finals of the CRUISER FES.

~ The full event card was announced for the March 17 show, as Shotaro Ashino will be unable to compete due to a sprained lumbar. 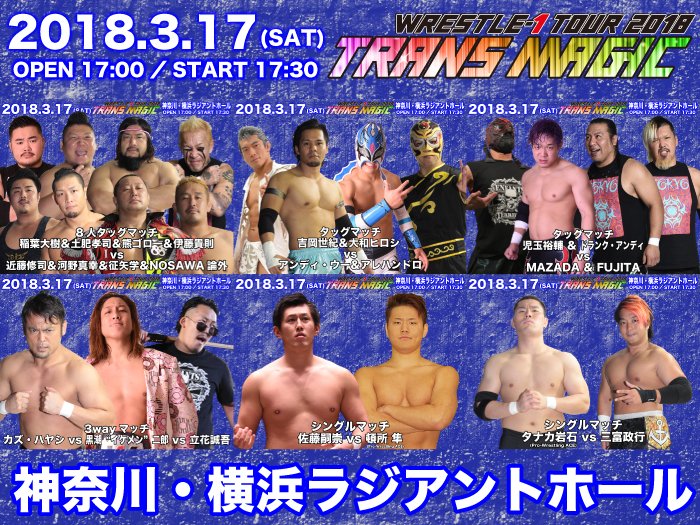 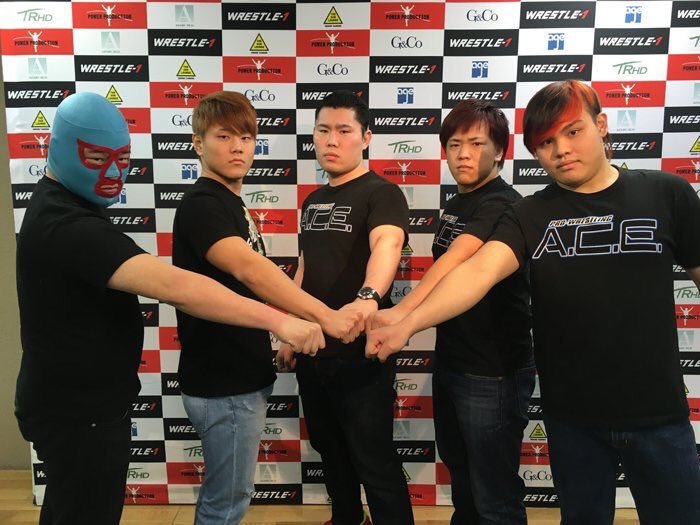 ~ The a couple matches were announced for the ACE show on April 1. Hajime will be unable to compete after being diagnosed with a fractured jawbone after the March 10 show.

~ It was announced that Seiki Yoshioka will be defending the W-1 Cruiserweight belt against Alejandro on April 18 at the Korakuen Hall. 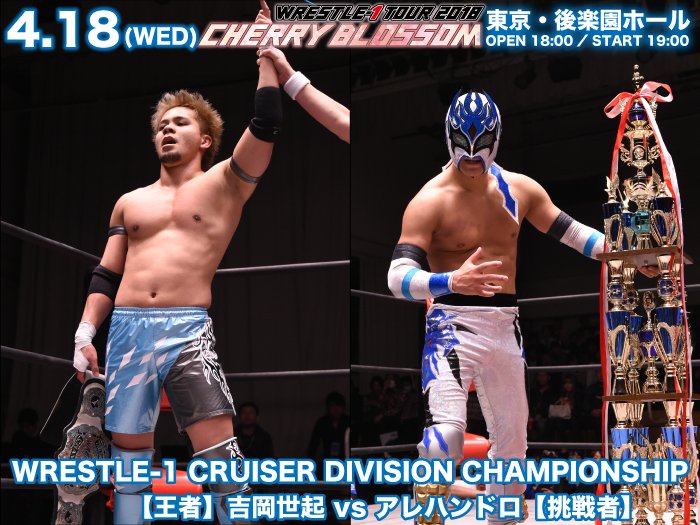