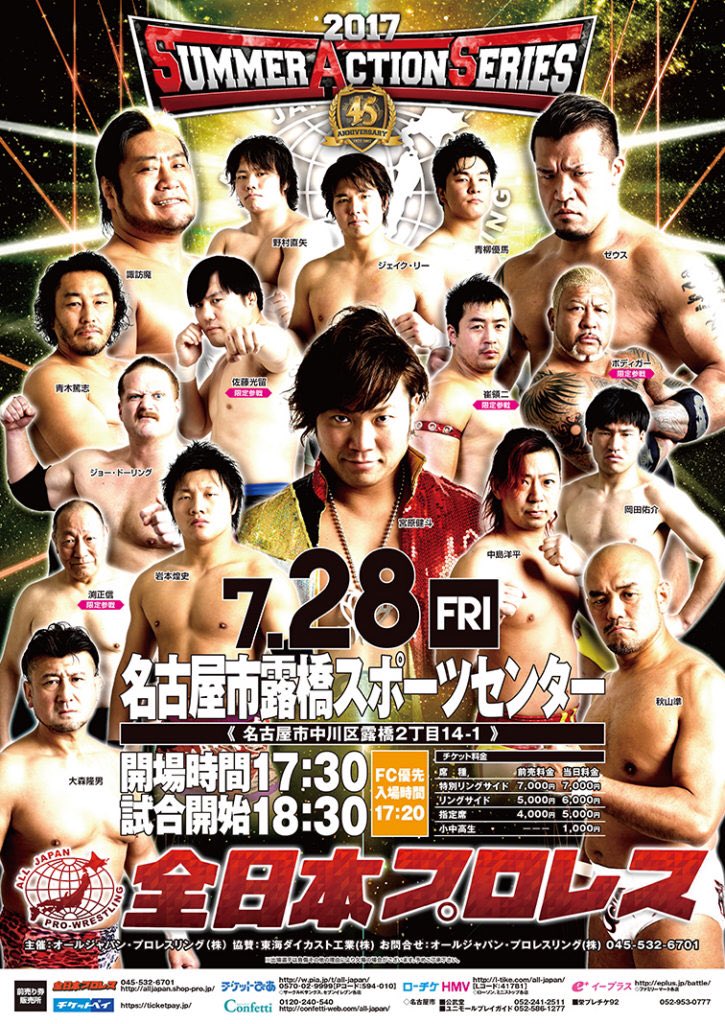 (4) Asia Tag Championship Match: [101st Champions] Atsushi Aoki & Hikaru Sato vs. Masashi Takeda & Atsushi Maruyama (both FREE)
◆Winner: Aoki (14:26) with the Trap Over on Maruyama.
~ 2nd successful title defense.
~ The champions secure two defenses for this month, as Hikaru continues to be adamant of a double title defense at Ryogoku at the end of next month.

(5) All Japan Pro-Wrestling Founding 45th Anniversary Memorial Battle in Osaka ~ The Road to RYOGOKU : Jun Akiyama, Suwama & Kento Miyahara vs. Shuji Ishikawa, Joe Doering & Yuji Okabayashi
◆Winner: Miyahara (14:12) with the Shutdown German Suplex Hold on Ishikawa.
~ Miyahara claims back-to-back direct wins over the TC Champion, as he continues to proclaim himself as the greatest over the strongest.
~ Suwama finally accepted Hikaru’s request for a “grappling match” for their announced singles match on 8/3 at 1stRING. 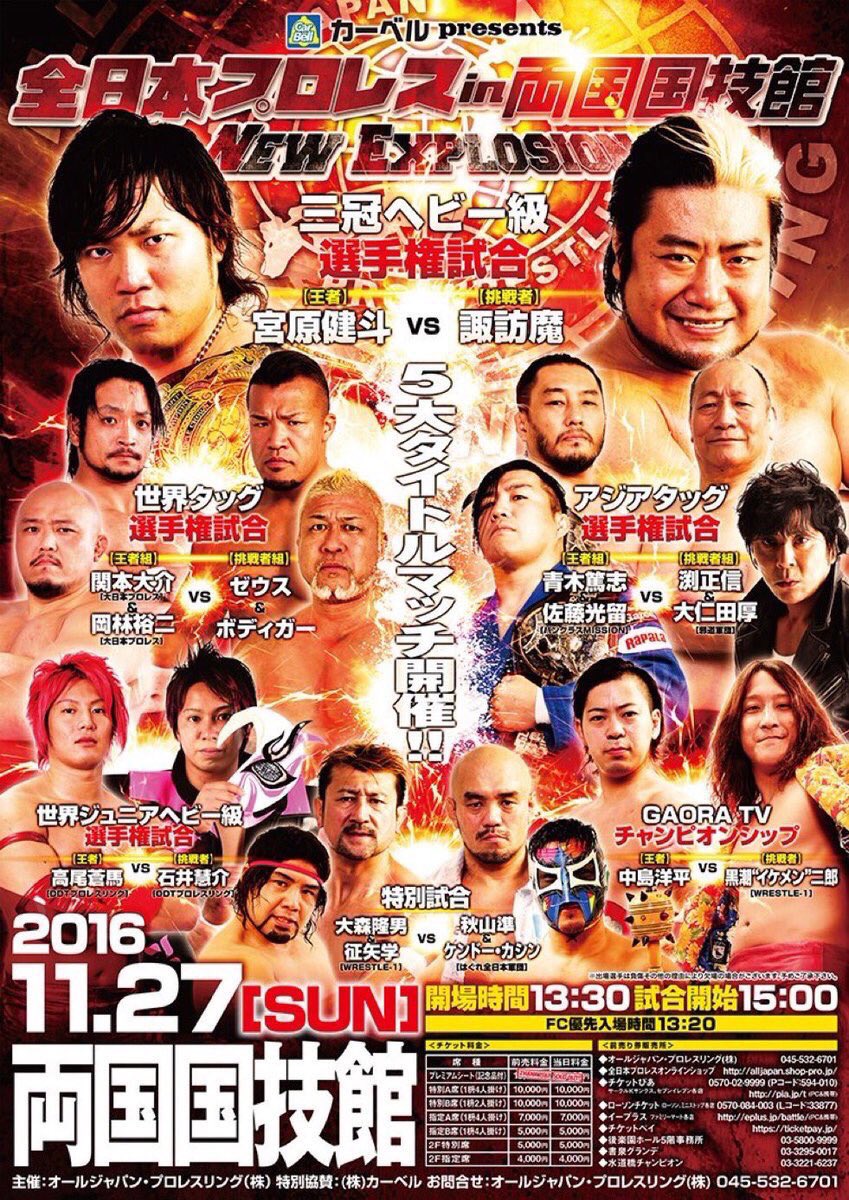