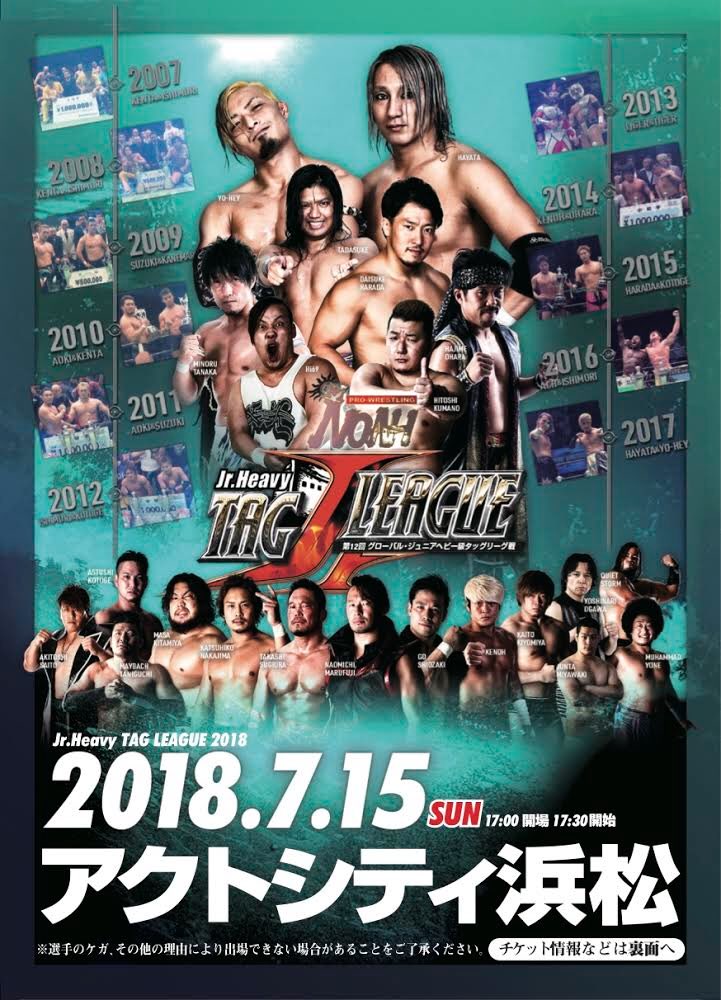 ~ News: LEONA was announced to be out of competition after suffering a broken left foot. Due to this Seiya Morohashi is left without a partner in the Junior Tag League. Before today’s show it was announced as official that Junta Miyawaki will be the substitute for the injured LEONA for the remainder of the league.