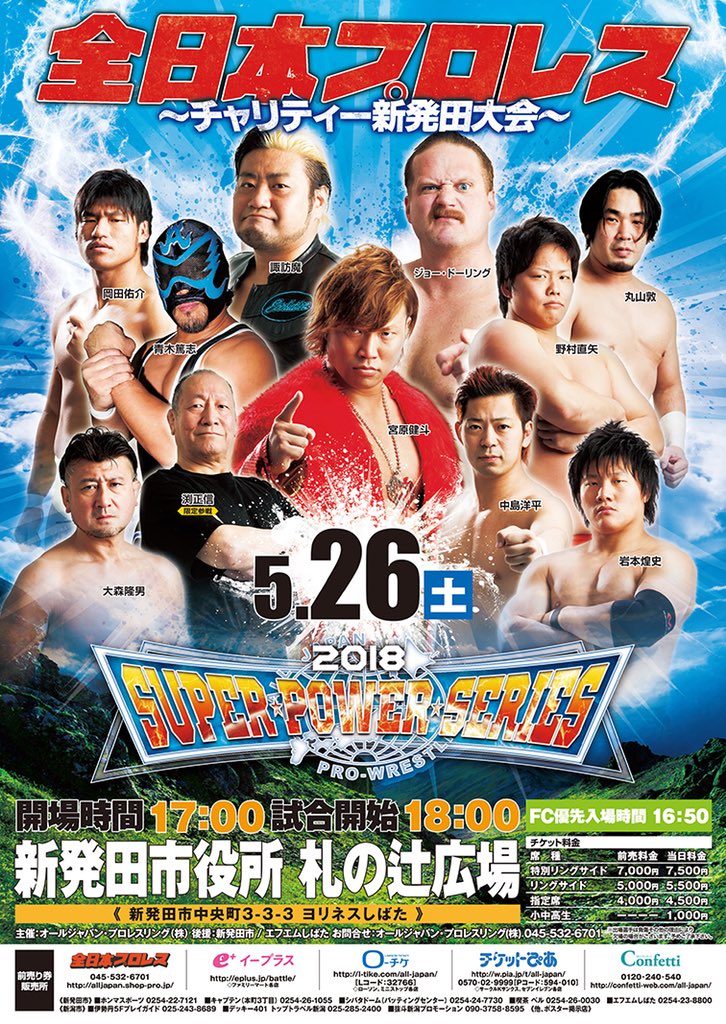 (4) Yohei Nakajima vs. Hikaru Sato
◆Winner: Hikaru (13:15) following a Backdrop.
~ Though Nakajima keeps calling out for a shot at the World Junior belt, he remains with certain setbacks that make him a worthy challenger.

(5) Suwama, Shuji Ishikawa (FREE) & Atsushi Aoki vs. Ryoji Sai (LAND’S END), Dylan James & Kotaro Suzuki (FREE)
◆Winner: Kotaro (14:08) with a Tiger Driver on Aoki.
~ Kotaro with the direct win over the World Junior Champion, as he once more called out for the previously announced singles match on June 5 in Differ to be with the title on the line.

(6) Kento Miyahara, Yoshitatsu (FREE) & Naoya Nomura vs. Jake Lee, Joe Doering & Koji Iwamoto
◆Winner: Miyahara (15:08) with a German Suplex Hold on Iwamoto.
~ Lee made it known that part of his intentions of leaving NEXTREAM was to challenge Miyahara for the Triple Crown belt.