~ The full event cards were announced for the June tour of shows in Hokkaido. As it was also announced that Ryoji Sai will be defending the Asia Heavyweight belt against Yoshitatsu on June 19 in Obuhiro. 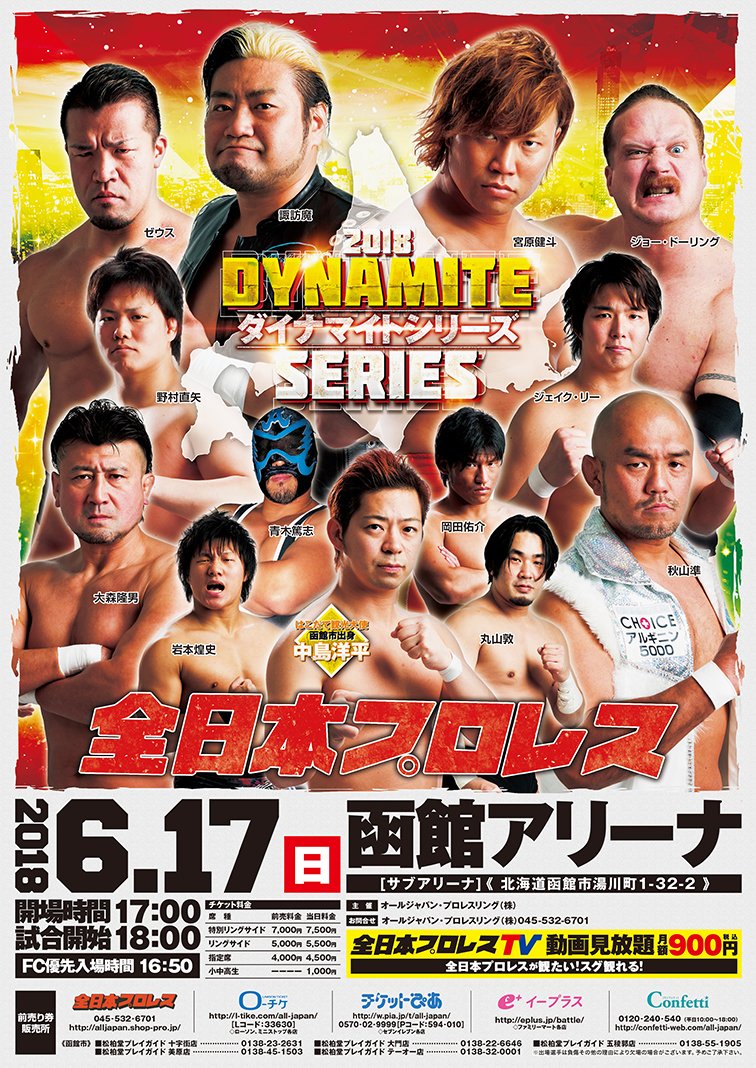 ~ It was announced that Mike Bailey and MAO will be taking on Koji Kanemoto and Mizuki Watase. Watase and Kanemoto have apposed each other previously, as Watase even calls Kanemoto a rival, but now the two find themselves having to work together. ~ It was announced as official that the Universal Single and Tag belts will be in defense on June 23 in Kawasaki. Keiji Mutoh stated that he aims to return in May of 2019. The significance being that a new era will begin then as Emperor Akihito is set to abdicate at the end of April 2019. Thus a new era in Japan will begin in May with his successor taking over. He wishes to compete as a new self in the new era.

Mutoh continues to undergo rehabilitation following a double knee replacement over a month and a half ago, but he is currently taking it easy after causing a crack to his right patella during training. The doctors told him it would heal fine as it could benefit him in the long run as the bone should get thicker once healed. 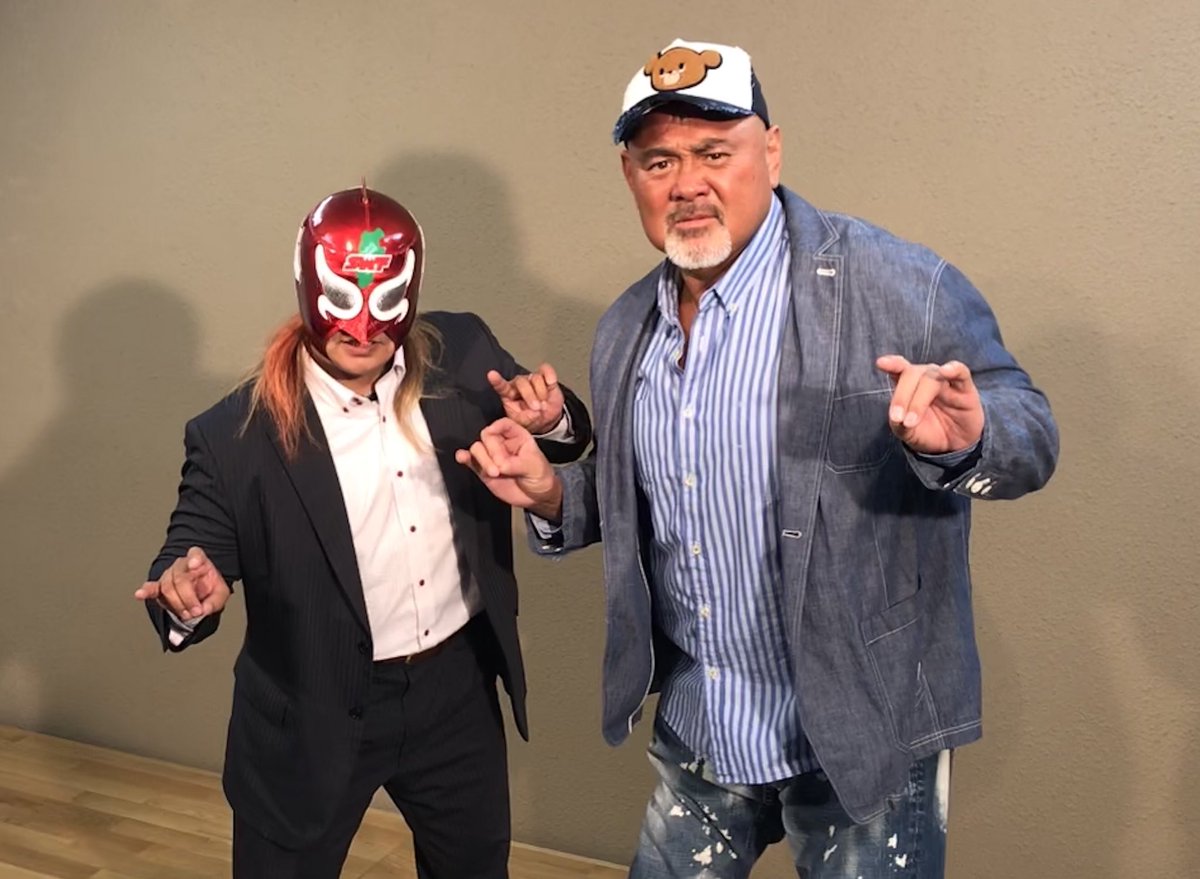 ~ Then he announced that he will be working with Great☆Mucha to help drive interest in local promotions that compete all throughout Japan. Mutoh will serve as a chairperson for the evnts that will run starting in July of this year and run every month until December. Each month a show will be held in a specific region featuring talent from those areas. Then in December a special show is being planned at the Korakuen Hall to feature the best of what Mutoh has personally witnessed throughout the prior months. As well as a special veteran tag match. 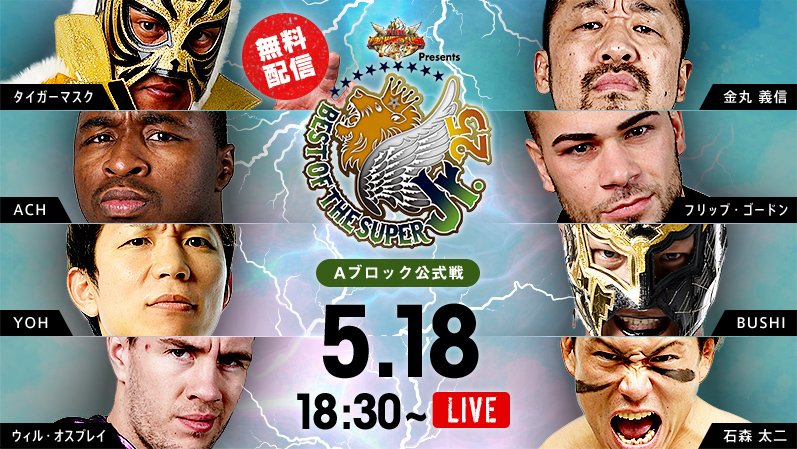 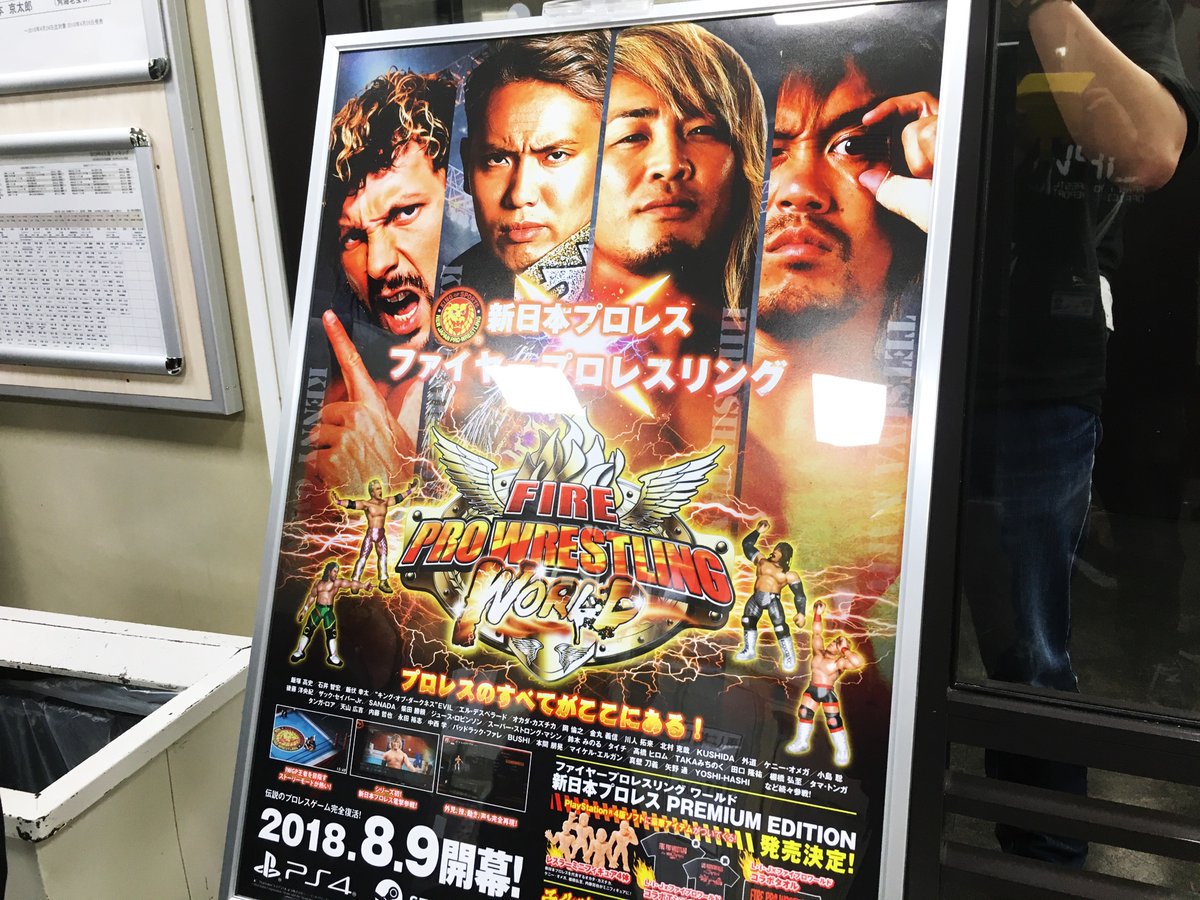 ~ The full event card was announced for the next LION’S GATE show on June 13 at the Shinjuku FACE. 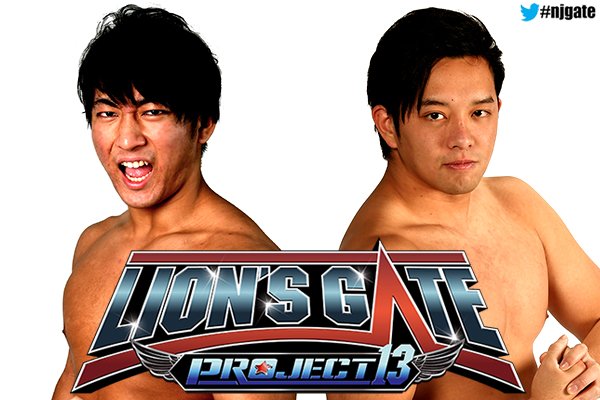 ~ Riki Choshu announced the main event and semi-final matches for his next show that is scheduled to take place on July 10 at the Korakuen Hall. The main event will see Riki Choshu, Daisuke Sekimoto and Yoshitatsu versus Jun Akiyama, Daichi Hashimoto and Jiro “Ikemen” Kuroshio. This will mark the first time that ever that Choshu and Akiyama haved faced each other in the pro-wrestling ring. Which lead to Akiyama stating that given the opportunity that he will seek to capture the win over Choshu. The semi-final match will see the team of Tatsumi Fujinami, Naomichi Marufuji and Shotaro Ashino taking on Shingo Takagi, Koji Doi and Kaito Kiyomiya.

~ It was announced that TORU will be defending the VKF Championship belt against GENTARO on May 25 at the Shinkiba 1stRING in Tokyo. 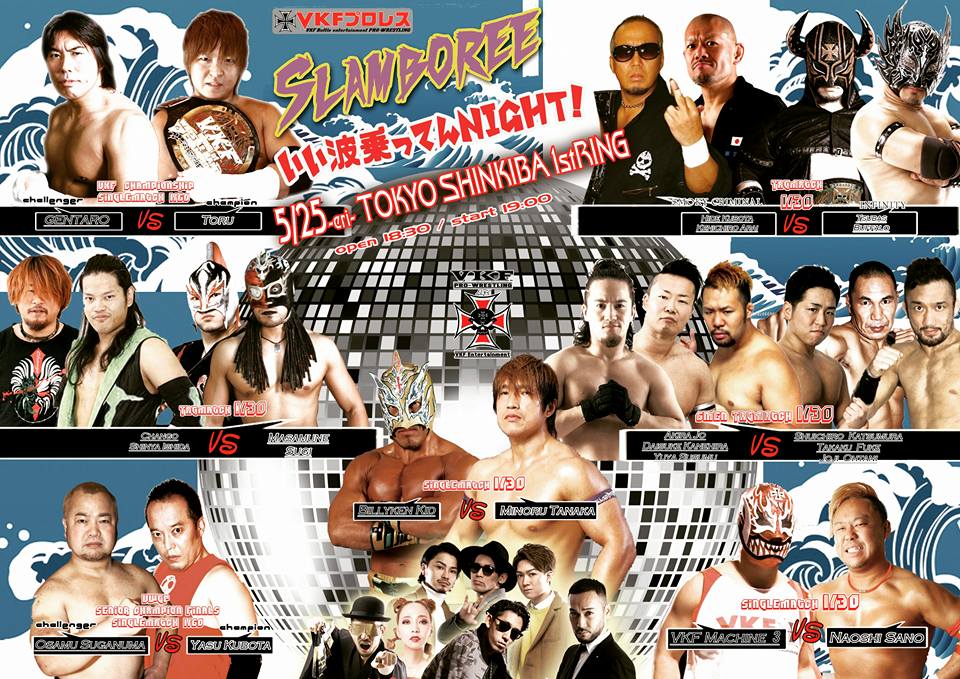 ~ The latest W-1 TV’s feature the highlights from the 5/6 show at the Korakuen Hall.

~ It was announced that Seigo Tachibana suffered a right forearm fracture and will miss the upcoming show on May 27. 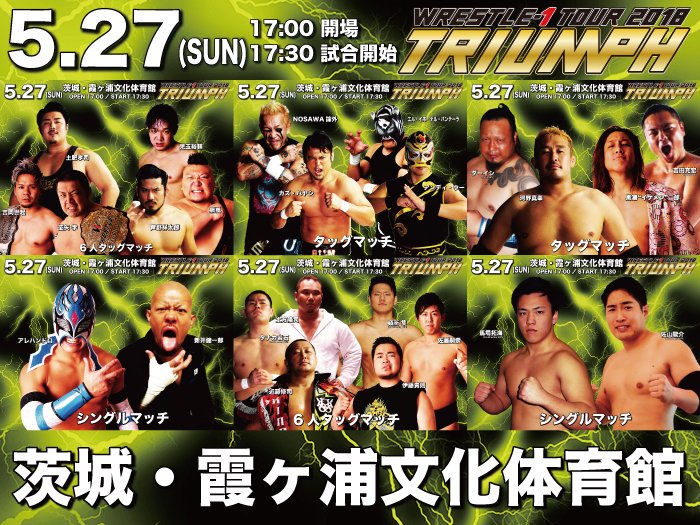