(1) Umeda Single Match Trial Series #1: Kota Umeda vs. Go Shiozaki (NOAH)
◆Winner: Shiozaki (8:39) following a Short-range Gowan Lariat.
~ Umeda’s second round match was announced to be against Ryuji Ito.
(2) Loser Banishment Match: Yukio Sakaguchi, MAO, Mike Bailey & Saki Akai vs. Toru Owashi, Kazuki Hirata, Super Sasadango Machine & Antonio Honda
◆Winner: Sakaguchi (7:40) following a Running Low Kick on Hirata.
~ Hirata stated that he will not be expelled against this year, as it is a common occurrence. During a dance skit, injured wrestler Yuki Iino appeared and carried Harada out of the hall. As to which Hirata was caught up in the moment of dancing and Iino is too strong for him to break his group.
~ Then a special addition was made for the 4/30 show, as Takatimo Dragon and Hiratimo Dragon were announced to compete. 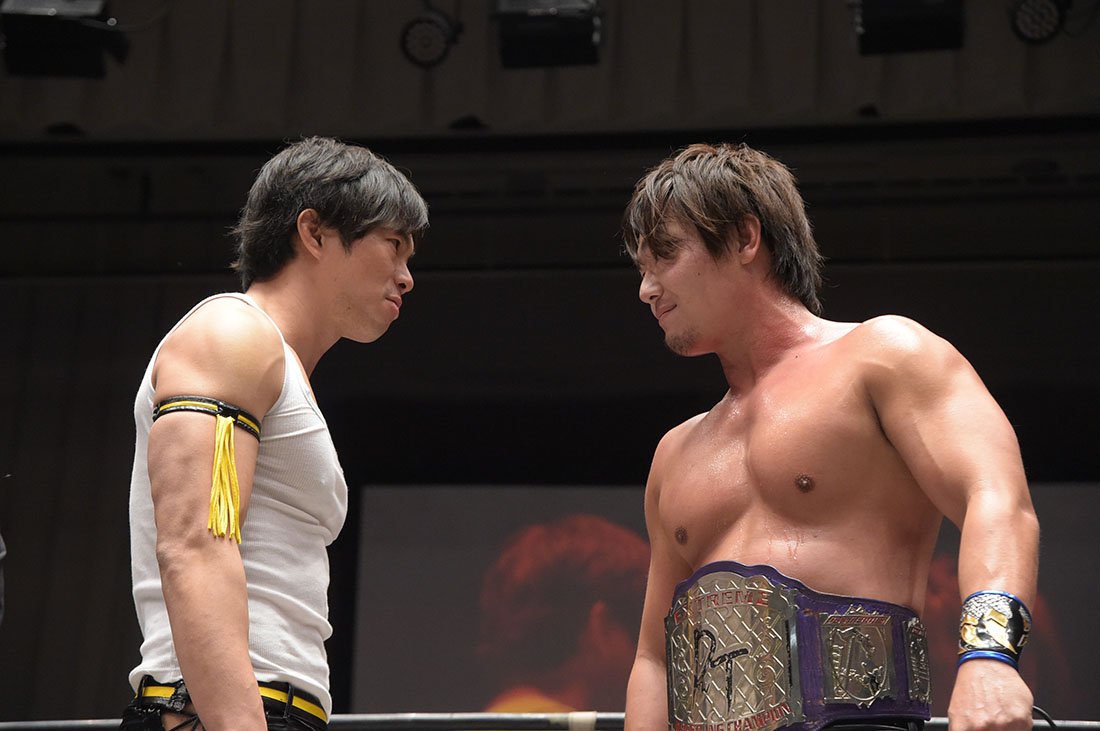 ~ This also lead to Miyamoto and Yasu Urano leaving Smile Squash, which only leaves HARASHIMA and Soma Takao.
~ DAMNATION came out to attack HARASHIMA in the ring, with Takao who tried to make the save. 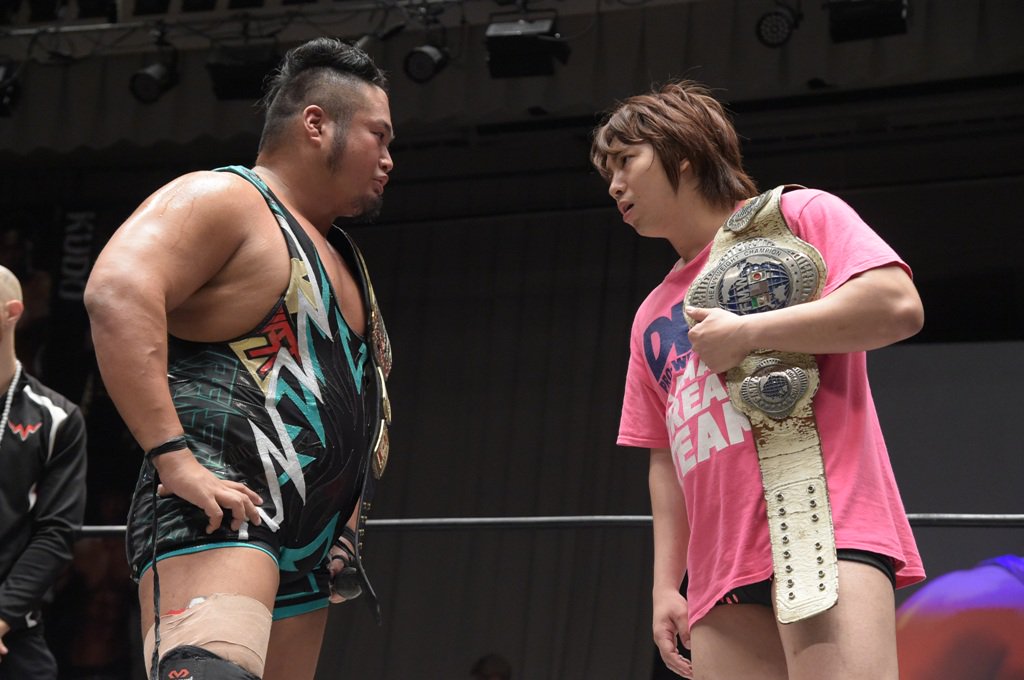 ~ Keisuke Ishii came forward to confront his former ally and new champion. The two will compete for the belt on 5/20 at the Korakuen Hall.