Site update: I am currently looking for someone motivated and interested in taking over coverage for New Japan. If you are interested please feel free to send me an email at purospirit(@)gmail.com or you can also send me a message through the facebook page. facebook.com/PuroresuSpirit]

~ It was announced that rookie Kazuki Ebina will miss the rest of this month due to poor a physical condition. Michio Kageyama was added to the April 22 show in Nagoya, but updates have yet to be made on the following shows in which he was scheduled to compete.

~ The previously announced 8 man tag match on May 3 at the Korakuen Hall was changed to be under elimination rules. 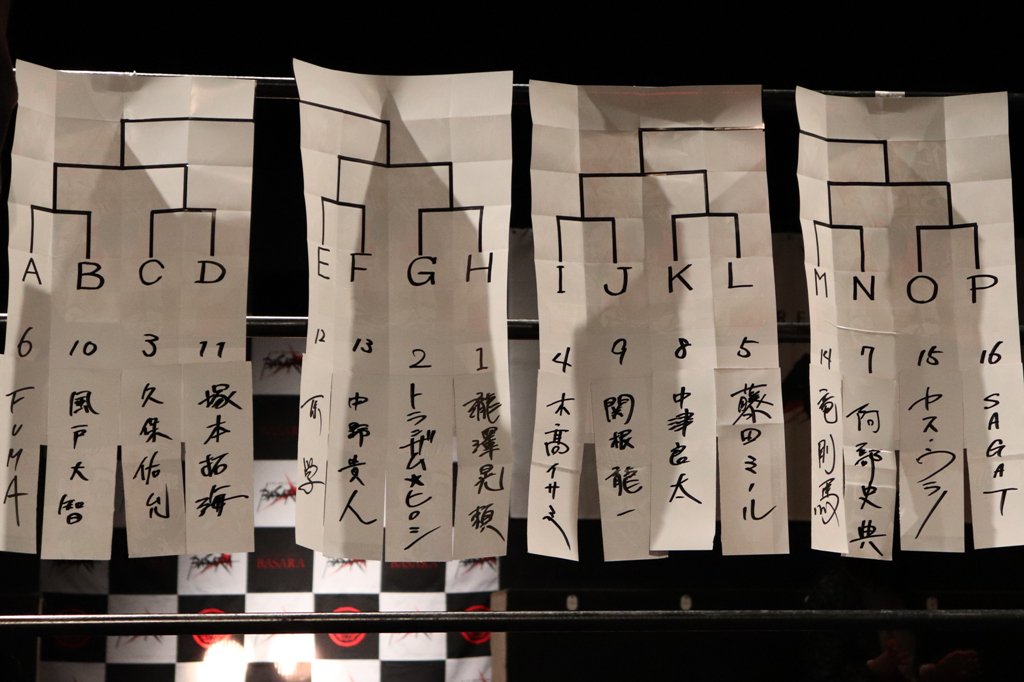 ~ Yuya Aoki was announced to be out with injury as he will miss the 4/21 show in Edogawa and 4/22 show in Osaka for sure. 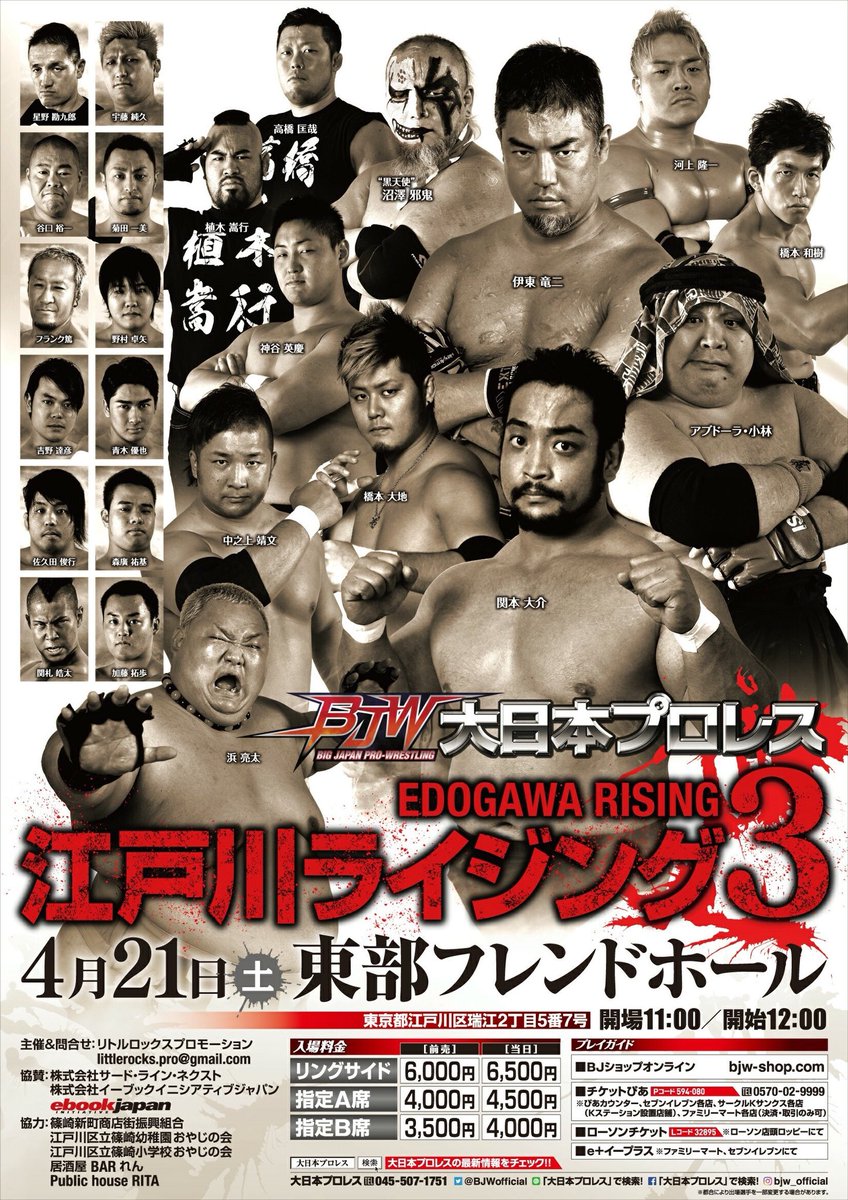 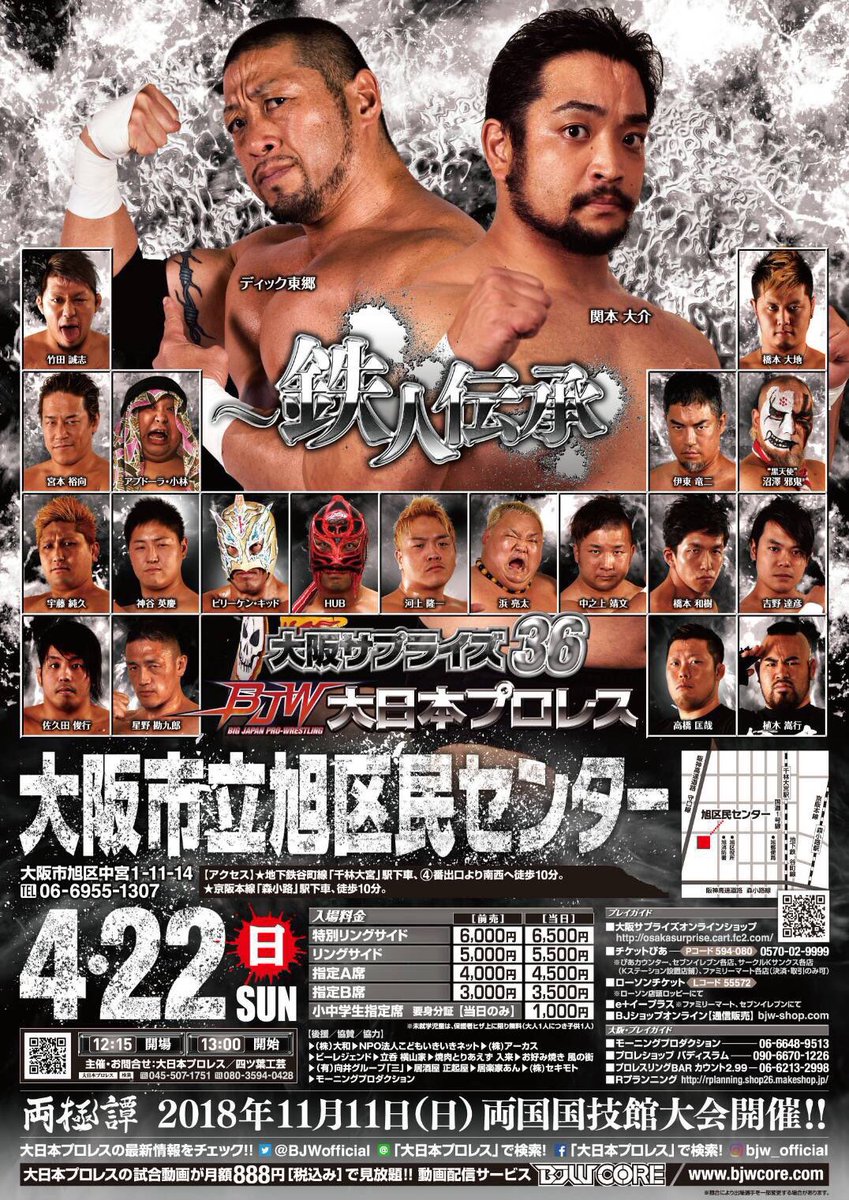 Following the final show of GUTS World on the 15th, it was announced today that Guts Ishjiama, Masked Mystery, Joji Otani & Keito Murota join HEAT-UP as of May. 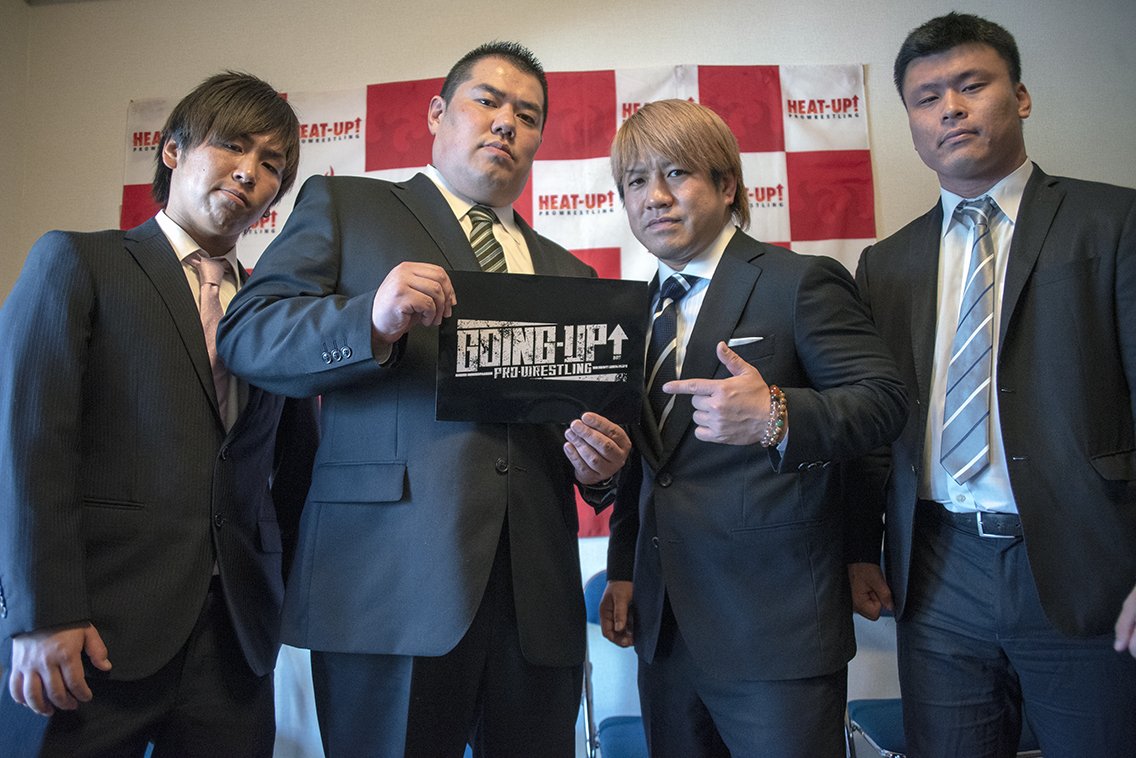 Then with that the Ishijima will be starting up his own brand called “GOING-UP Pro-Wrestling”, which will feature similar talent of the now former GUTS World. The “G” in GOING-UP represents the soul that remains from the former promotion.

The debut show for GOING UP will be held on May 27 at the Kitazawa Town Hall in Tokyo. Ishijima stated that they plan to hold at least one show a month going forward. (6/30, 7/29, 8/19, 9/29 all of which at the Oji BASEMENT MONSTAR in Tokyo)

~ The latest W-1 TV video is up on their official youtube channel. This weeks video shows the highlights from the 4/18 show at the Korakuen Hall. 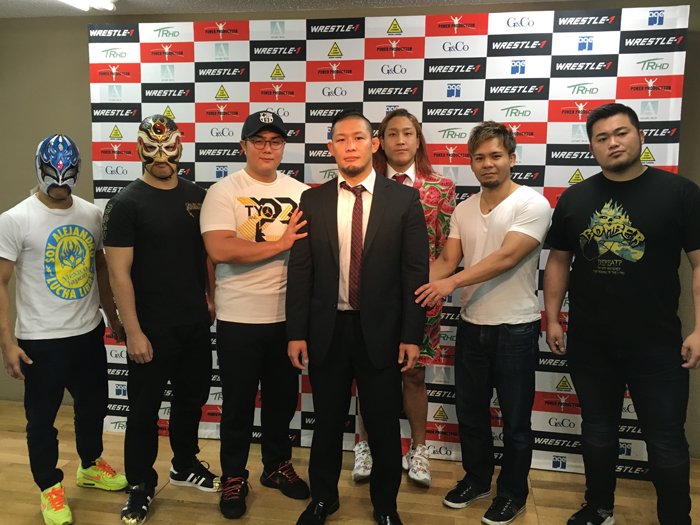 ~ Daiki Inaba made an official statement that NEW ERA will be disbanded after all. This follows the lost against the veteran alliance on the last Korakuen Hall show.

~ The 4/21 event card was changed following Kumagoro’s betrayed NEW ERA and joined “Enfants Terribles” back on the April 18th show. 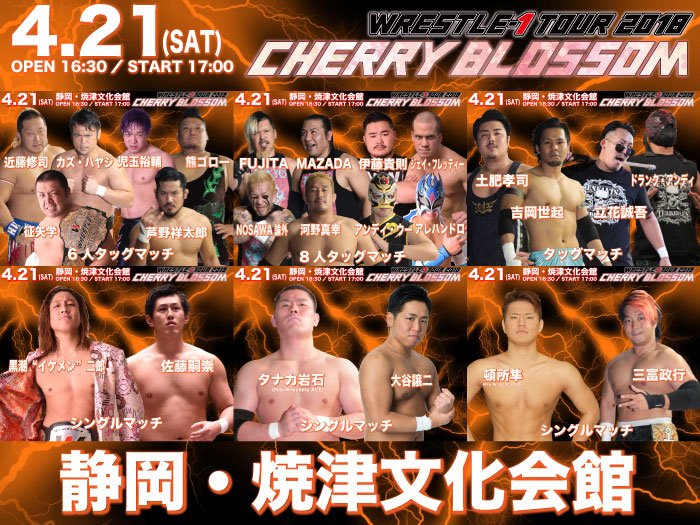 ~ The matches were also announced for the Osaka show on May 2. 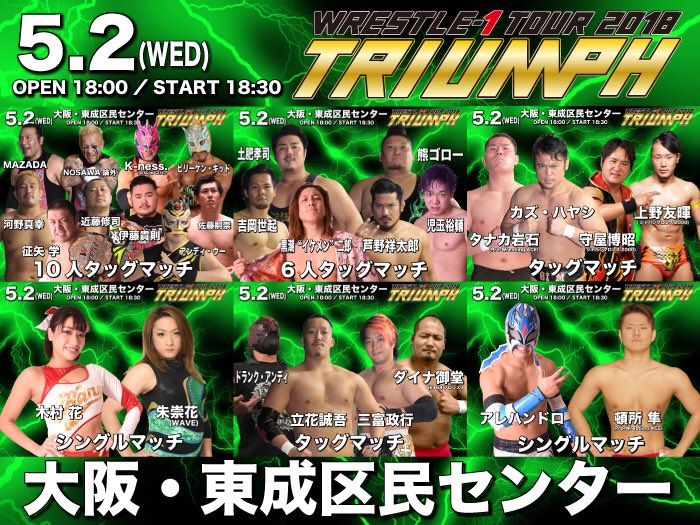 ~ Then lastly it was announced that Manabu Soya & AKIRA will defend the W-1 Tag belts against Shotaro Ashino & Kumagoro on May 6 at the Korakuen Hall. 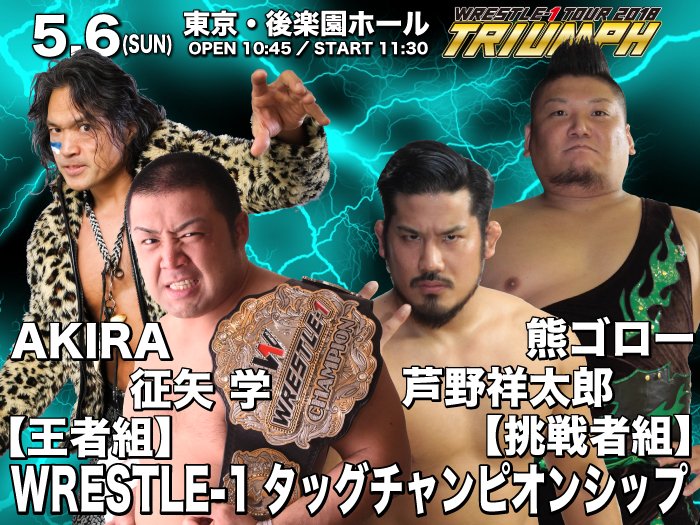 ~ NOAH will be hosting this years Mitsuharu Misawa memorial show at the Korakuen Hall on June 10. “Navig. With Emerald Spirits 2018” tour will kick off this day and will feature a memorial ceremony before the start of the show.

~ Riki Choshu will be holding his next self-produce show on July 2 at the Korakuen Hall. 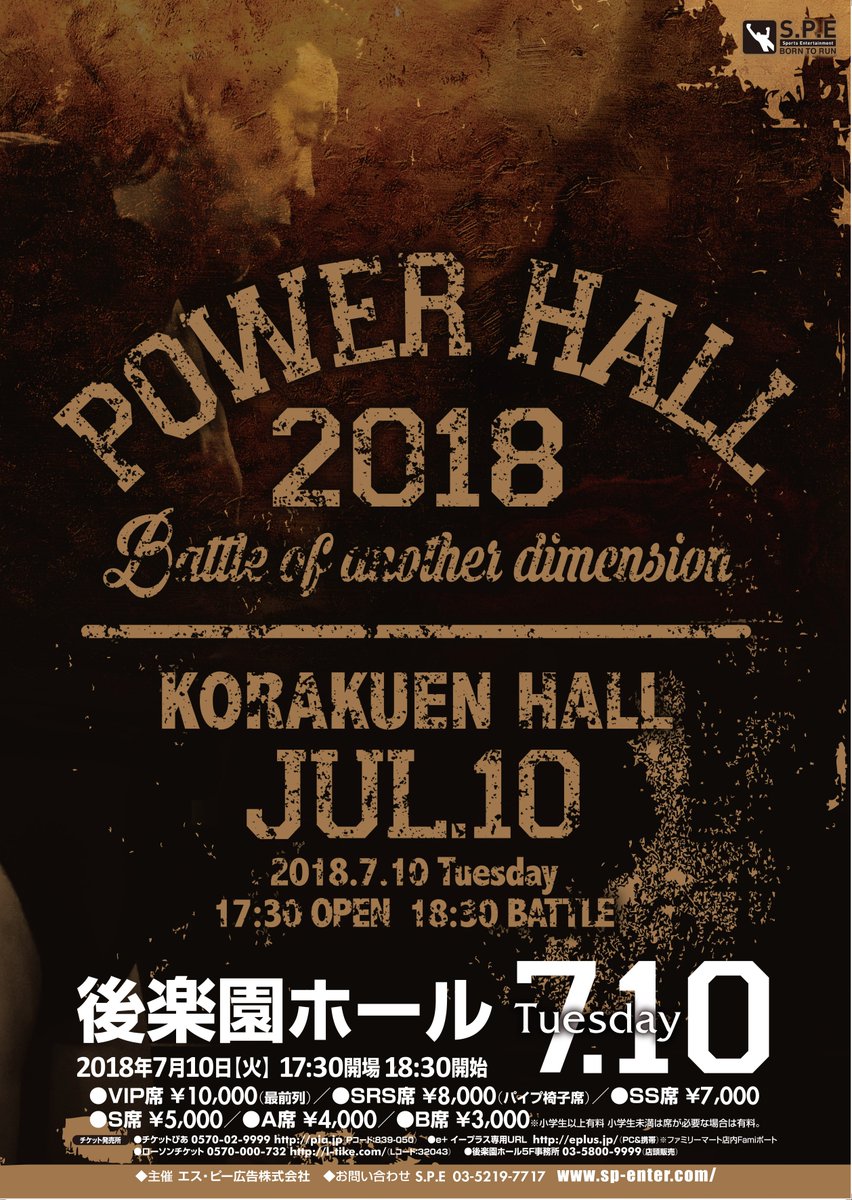 ~ Former JWP wrestler Erika Watanabe has passed away at the age of 39 after a battle with stomach cancer since 2013. She wrestled for JWP from 1998 through 2006. She was 39 years old.