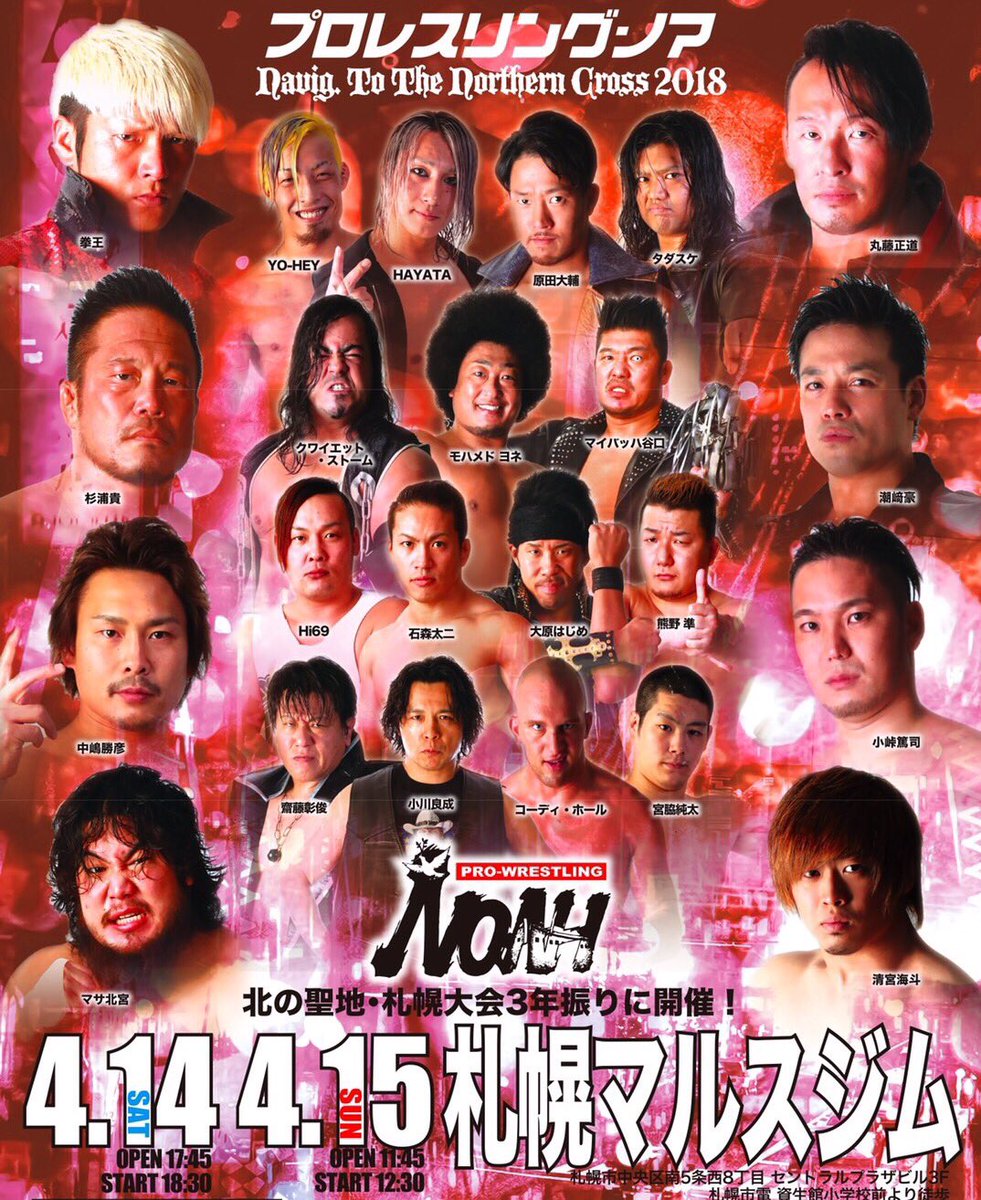 (1) Junta Miyawaki vs. Noriyuki Yoshida (FTO)
◆Winner: Yoshida (5:11) with a Teba Lock.
~ Interesting bit of info, Yoshida was originally a trainee for NOAH back in 2004, but like many suffered an injury that caused him to return home. He would debut in his hometown of Hokkaido in 2006 where he gone on to competed in that area ever since.
(2) Yoshinari Ogawa vs. Akitoshi Saito vs. Masao Inoue
◆Winner: Ogawa (8:15) following a Backdrop on Inoue.
(3) Muhammad Yone & Quiet Storm vs. Maybach Taniguchi & Cody Hall
◆Winner: Yone (8:44) following a Guillotine Drop on Hall.

(7) Takashi Sugiura & Kenoh vs. Naomichi Marufuji & Atsushi Kotoge
◆Winner: Sugiura (15:23) following an Olympic Qualifying Slam on Kotoge.
~ Sugiura with the direct win over Kotoge, as he questioned whether or not Kotoge is a worthy challenger for the GHC. Given he is coming off as the weakest challenger in history.

(8) Katsuhiko Nakajima vs. Go Shiozaki
◆Winner: Shiozaki (18:15) following the Gowan Lariat.
~ Following the loss that his partner suffered earlier in the night, Shiozaki in return claimed the win over the GHC Jr. Tag Champion before the title match on 4/29. Shiozaki claimed that the path is only forward as he and Kiyomiya seek to become champions.