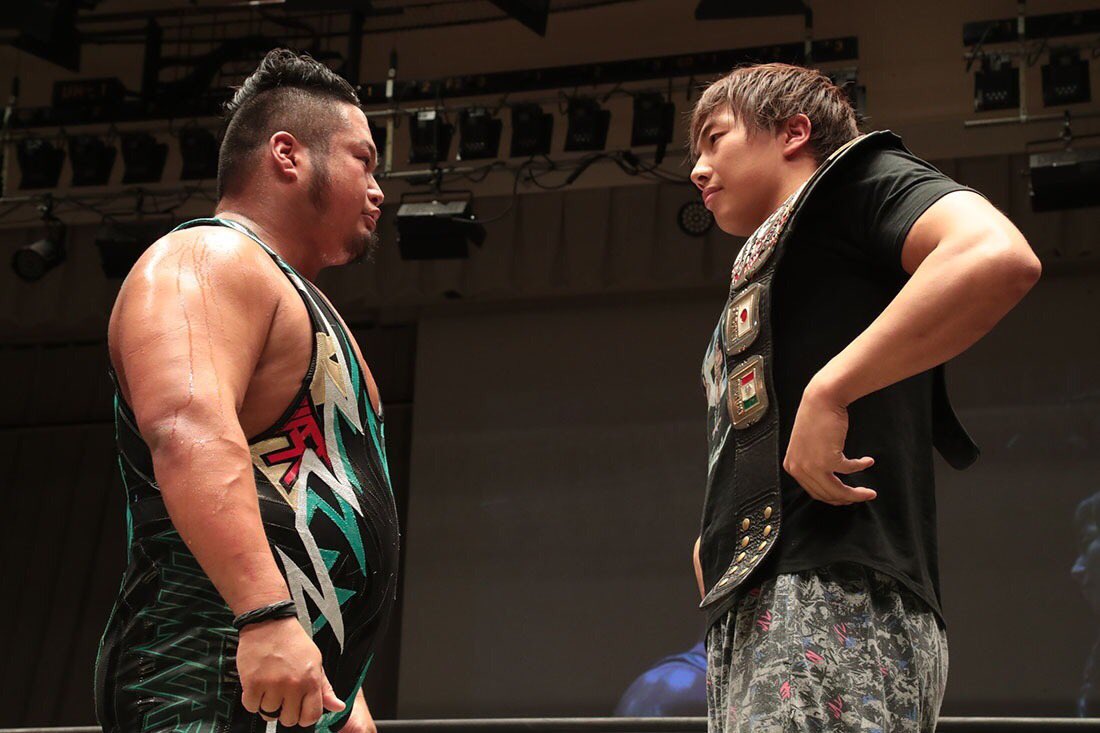 ~Two title matches were made official for “MAX BUMP 2018” at the Korakuen Hall on April 29, as Konosuke Takeshita will be defending the KO-D Openweight belt against Shigehiro Irie and then Yuko Miyamoto will be putting the DDT EXTREME belt up against HARASHIMA. 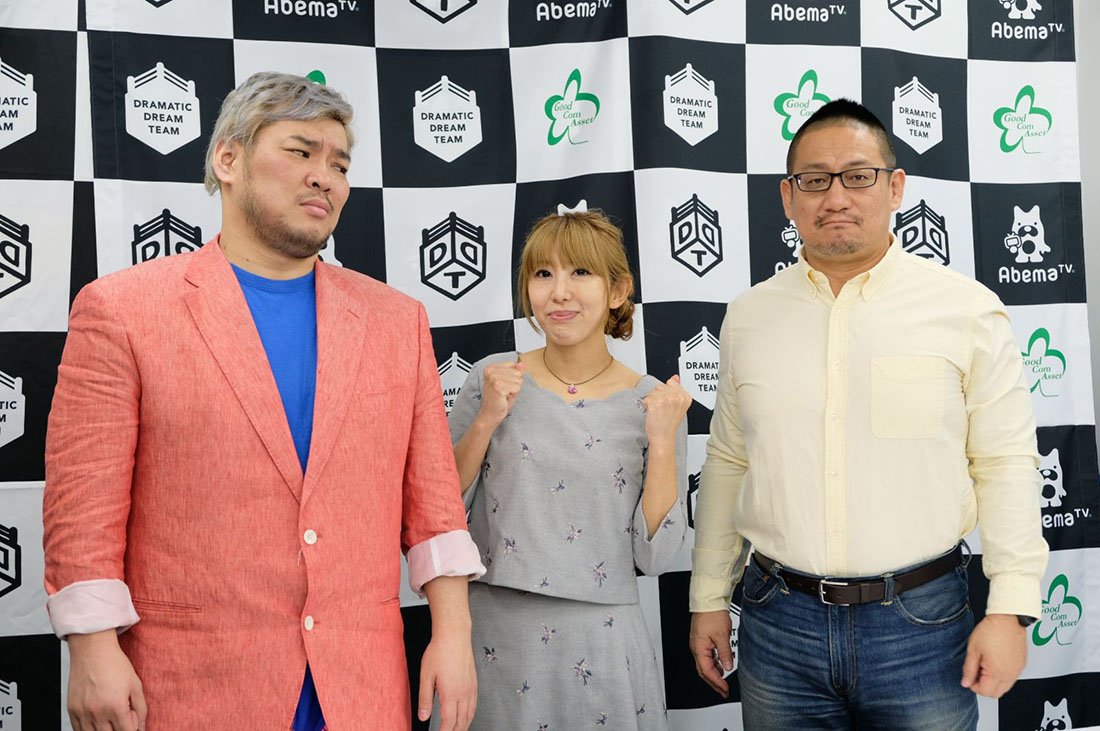 ~ Then two wrestlers were announced to be leaving DDT in Cherry and Suguru Miyatake. Cherry has been active in DDT for the last 14 years, but she hinted that she is not retiring from pro-wrestling though taking a new path as a freelance wrestler. Then Miyatake has been out of action for over 2 years now due to injury and just feels that he cannot return in his current condition and mental state. His is though thankful to all the fans and memories that he gained as a member of DDT. 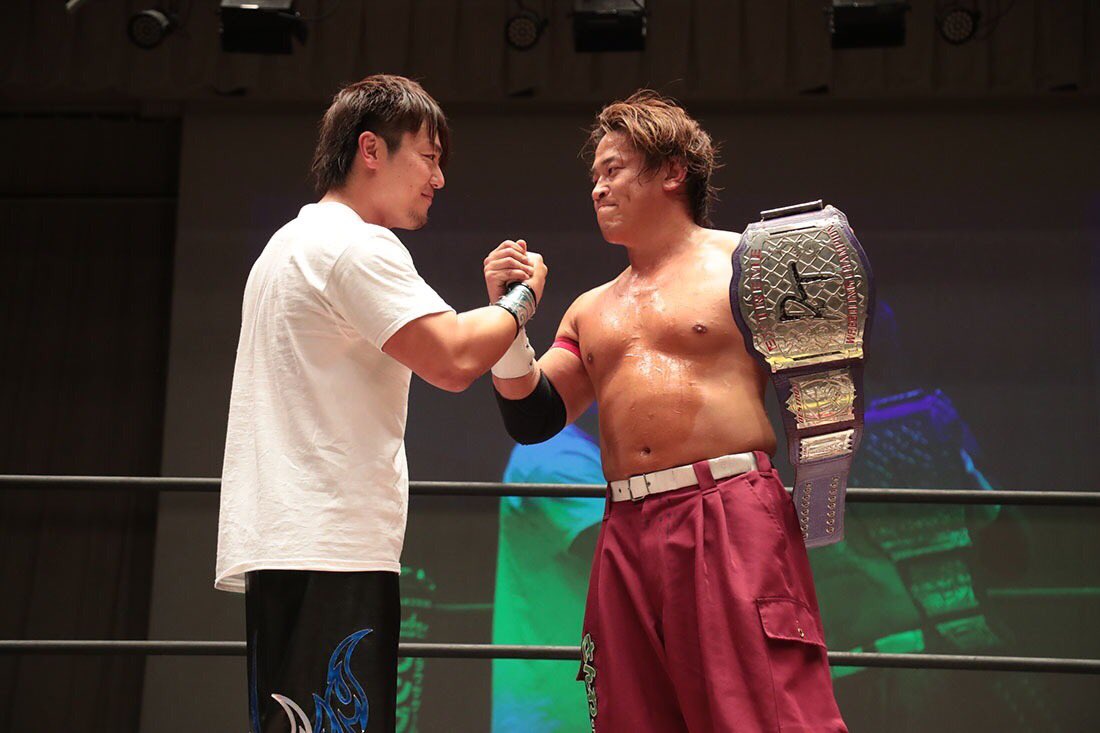 ~ Then the full event card was announced for the April 5 show in Shinkiba. 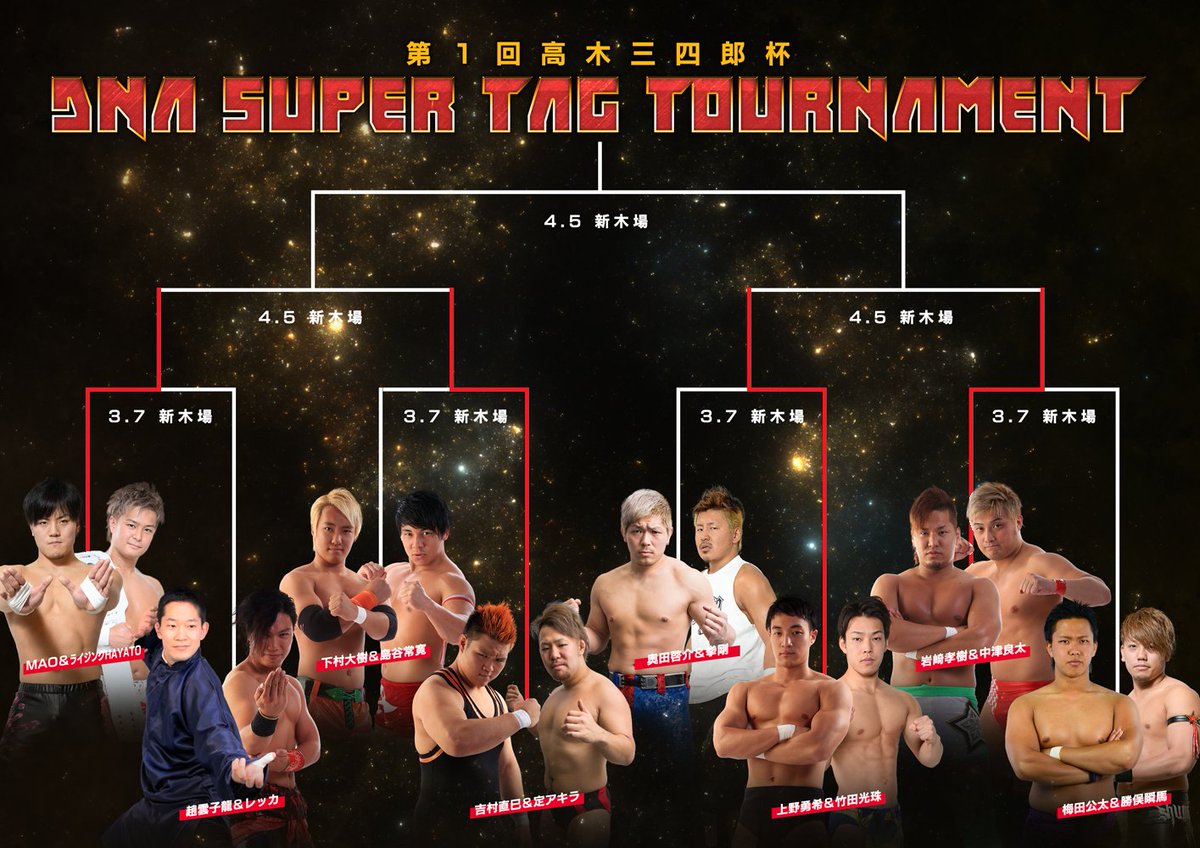 ~ T-Hawk & Eita were announced to be defending the Twin Gate belts against Big R Shimizu & Ben-K on May 6 in Nagoya. 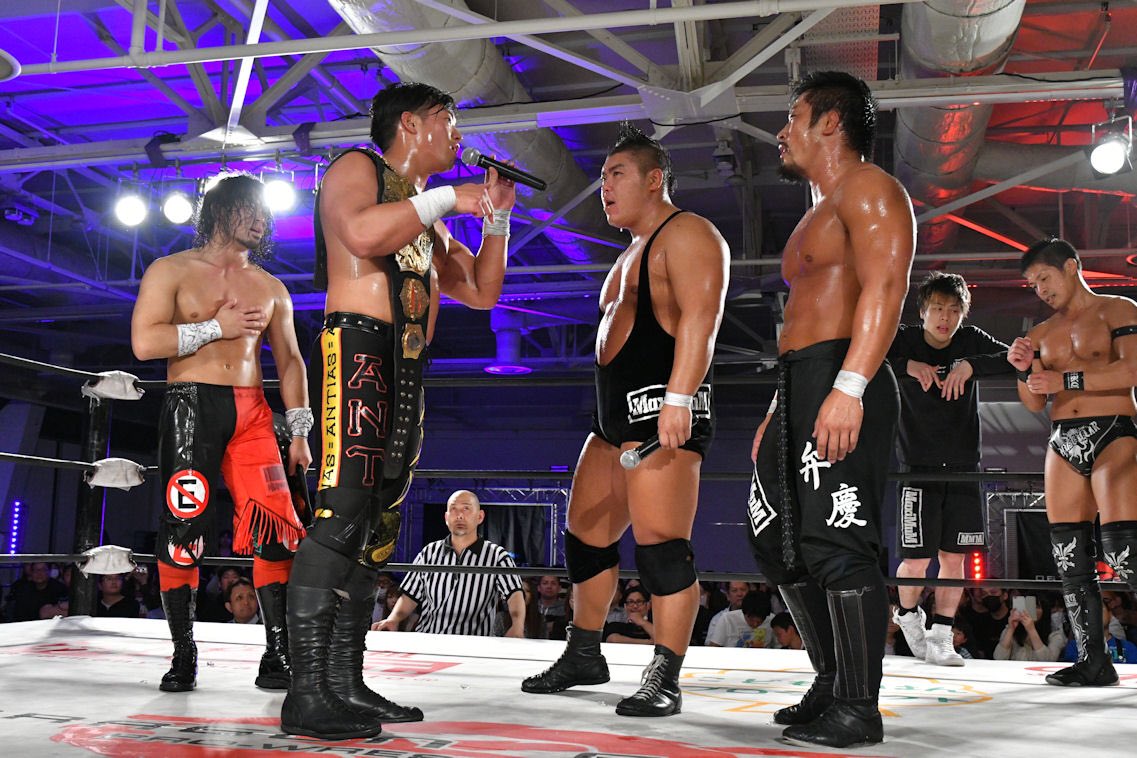 The additions see a 6 man tag match as a heavy chopping team of Yuji Hino, Go Shiozaki and Zeus will be taking on the heavy kicking team of Akitoshi Saito, Katsuhiko Nakajima and Kohei Sato. Then a singles match was also announced as Kotaro Suzuki will be taking on BJW’s up-and-comer Kazumi Kikuta. (Which something to add between Kotaro and Kikuta is their love for Gundam (Kotaro) and Kamen Rider (Kikuta) which they have incorporated into their own in-ring style.)

~ It was announced official that Violento Jack will be defending the KING of FREEDOM belt against Masashi Takeda on May 2 at the Korakuen Hall. 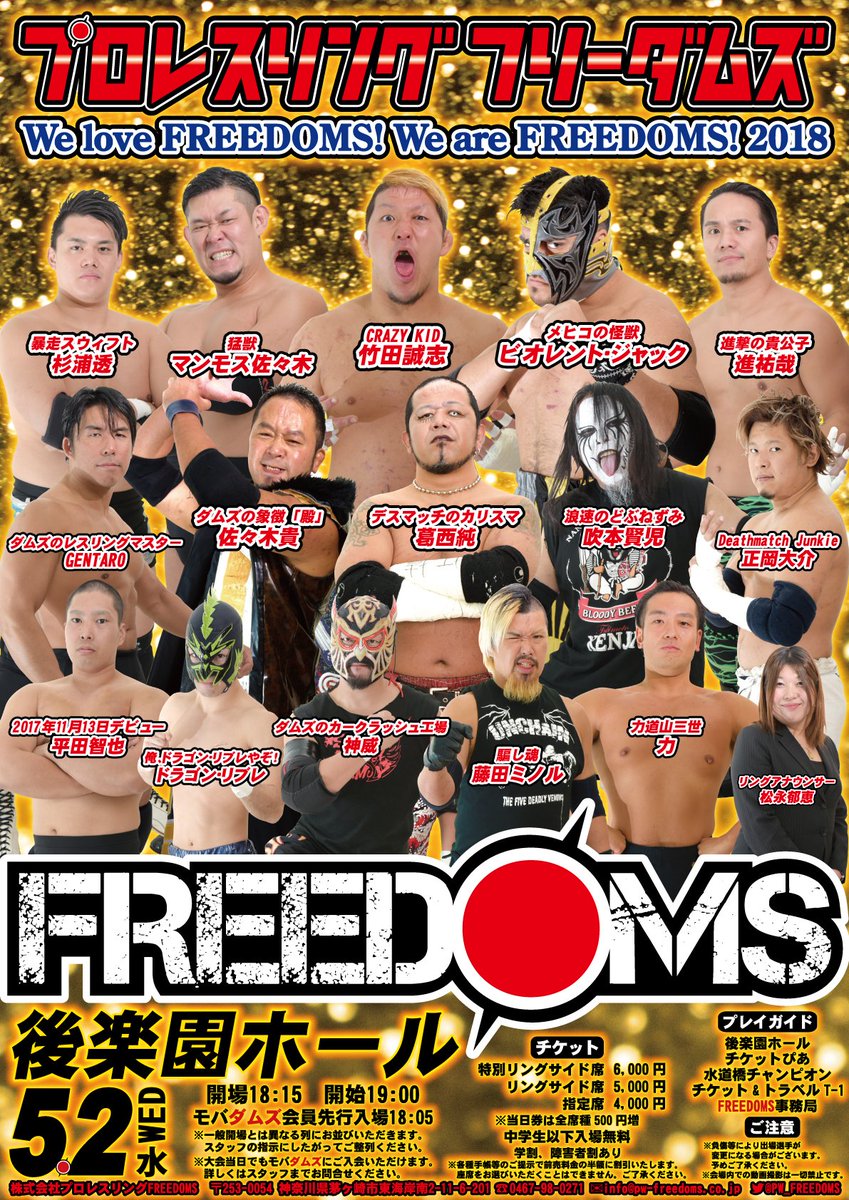 Following the conclusion of this weekends show, the full event cards were announced for the next set of title matches that will take place at the end of this month and the start of the next. April 29 in Kumamoto will see a double main event of LIJ versus Suzuki-gun , as the IWGP IC belt in defense as Minoru Suzuki defends against Tetsuya Naito. and then SANADA & EVIL defend the IWGP Tag belts against  Lance Archer & Davey Boy Smith Jr.

Then the May 4 show in Hakata, Fukuoka will see the main event of Kazuchika Okada aiming to capture the all-time defense record with the IWGP Heavy belt as he takes on the current record holder, with 11 in total, in Hiroshi Tanahashi. Then also on the show Will Ospreay will be defending the IWGP Junior belt against KUSHIDA.

Then on the “Road to Wrestling Dontaku” tour, three more title matches were announced. As on April 23 Yoshinobu Kanemaru & El Desperadon will defend the IWGP Jr. Tag belts against BUSHI & Hiromu Takahashi, on April 24 Jay White will be putting the IWGP US belt against David Finlay, and then on April 27 Hirooki Goto defends the NEVER Openweight belt against Juice Robinson.

The matches were announced for the small tournament to crown the next champions for the vacant GHC Junior Tag belts. As Daisuke Harada & Tadasuke take on Hi69 & Minoru Tanaka and then  HAYATA & YO-HEY take on Hajime Ohara & Hitoshi Kumano.

Then with that four prelude singles matches were announced to be taking place on the April 11 show, which will feature the final match of the currently on-going “Global Tag League”. Then there were also minor changes made to the event cards for the rest of the GTL tour, as Hi69 and Minoru will be teaming together on several of the shows.

Below are the event cards at this time… ~ Keiji Mutoh successfully underwent surgery to replace both of his knees with artificial joints. There is no word on when he will begin rehabilitation, but he remains adamant that he will return to the ring as soon as possible.

~ Then Hiroshi Yamato announced that he be going freelance from WRESTLE-1 with the start of April. He is still scheduled to compete for the promotion on 4/3 though this will mark his first time with them as freelance. Yamato, who just returned from a neck injury that has kept him out of action for the last year and a half, stated that he will continue competing as a pro-wrestling as he truly loves competing in the ring.

~ It was made official that Jiro “Ikemen” Kuroshio will be defending the Result Championship against Seigo Tachibana on April 18 at the Korakuen Hall. 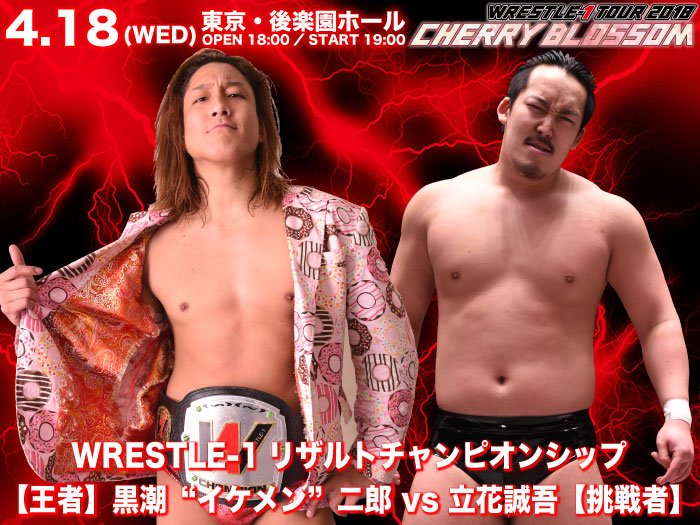 ~ Then it was announced that Yusaku Obata will be defending the World Heavyweight belt against Hartley Jackson on April 22 at the Shinjuku FACE. The match is coming about after Hartley assaulting Obata following the “TAKESHIBA Coliseum / ZERO1 Dojo” last show on March 31. 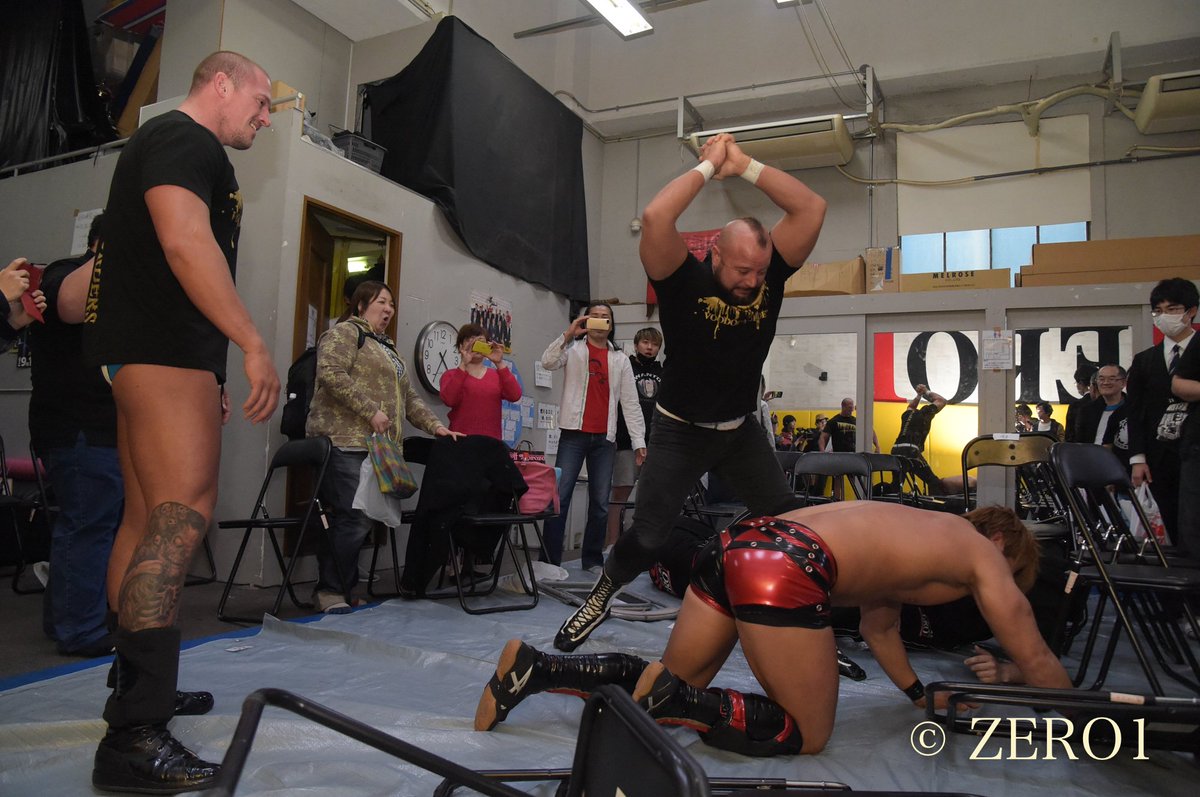