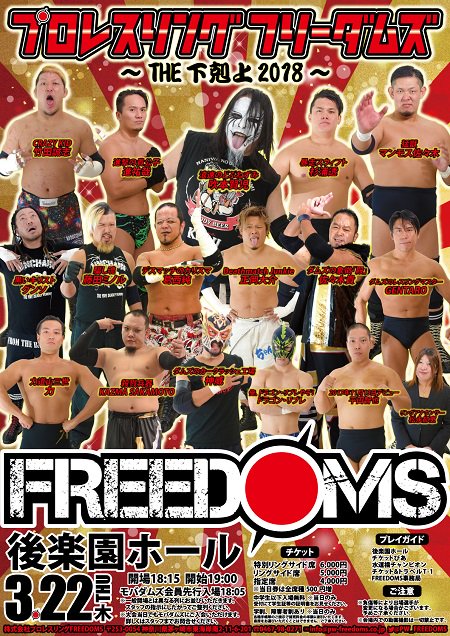 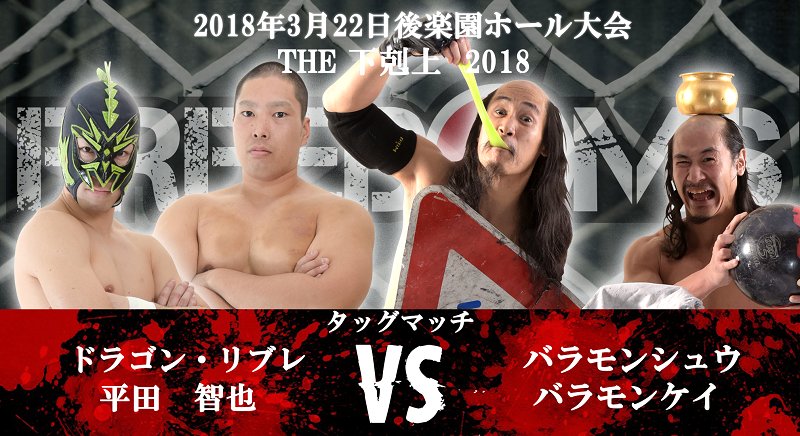 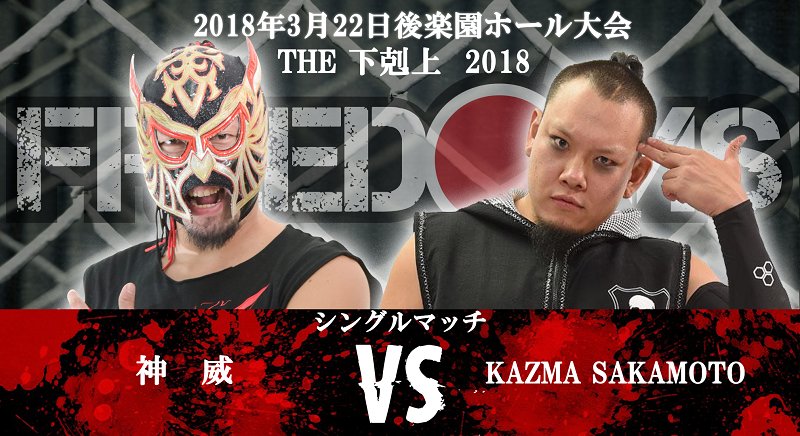 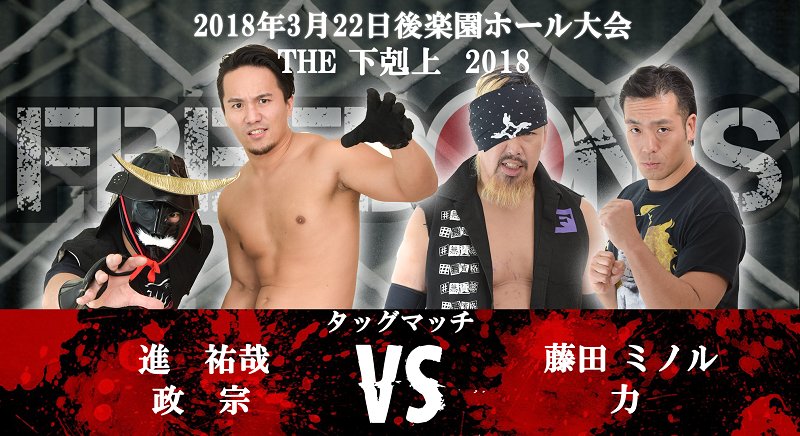 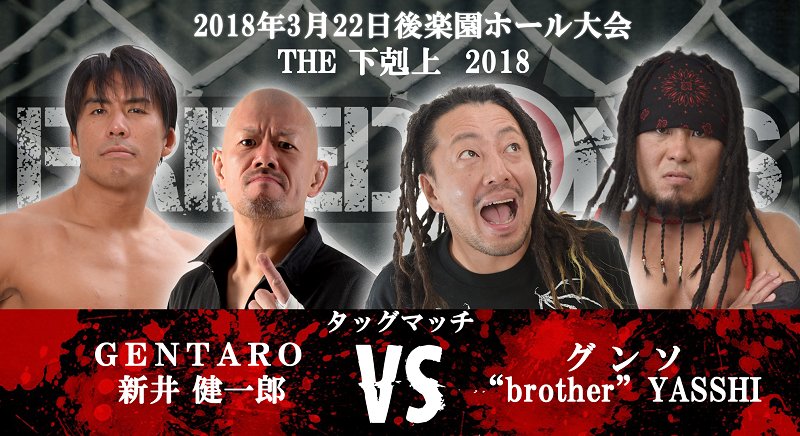 (4) GENTARO & Kenichiro Arai (DG) vs. Gunso (DOVE) & ‘brother’ YASSHI (FREE)
◆Winner: No Contest (10:04) After GENTARO was bleeding profusely and attacked his own partner Arai in the confusion. 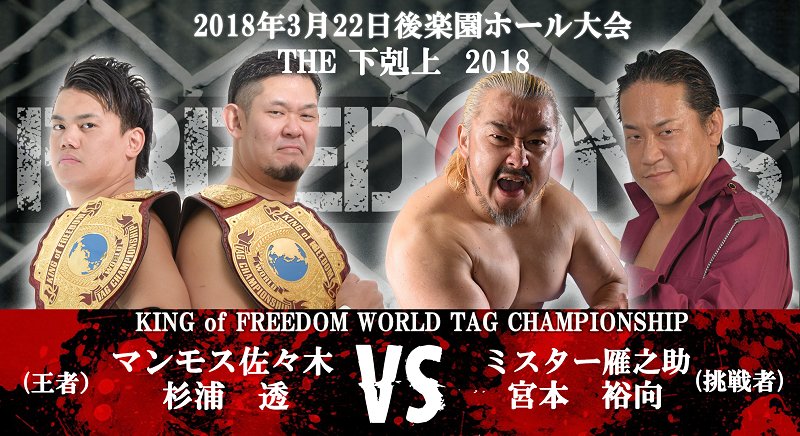 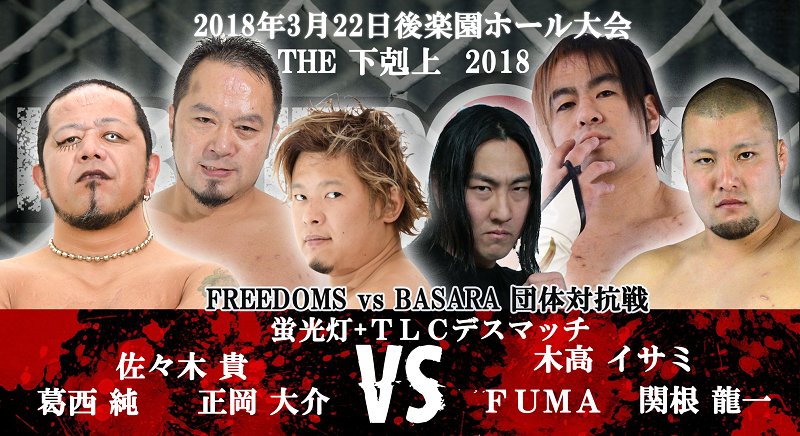 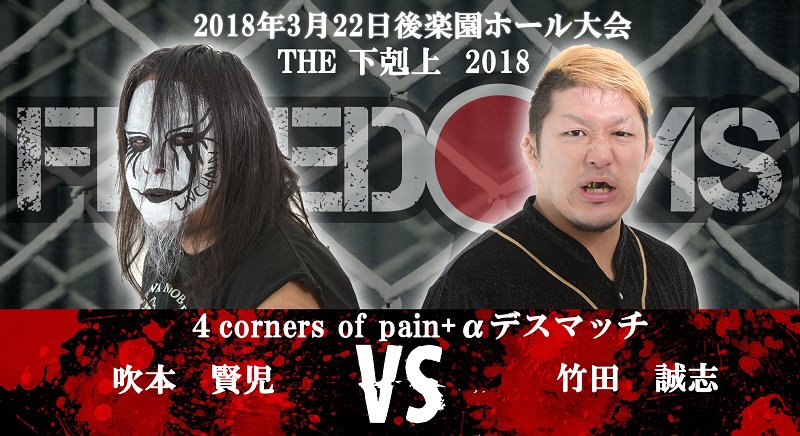 (7) 4 corner of Pain + Alpha Death Match: Kenji Fukimoto vs. Masashi Takeda (FREE)
◆Winner: Takeda (15:28) following the Megaraba with a saw to the throat.
~ Violento Jack appeared after the match and attacked Takeda and then he took out Fukimoto with a Package Piledriver.
~ Jack asserted himself as the reigning and defending champion.
~ The shocker then came as Daisuke Masaoka aligned himself with Jack. Jack then declared that this is war against anyone who opposes them.
~ This lead to the rest of the FREEDOMS roster to come out and question Masaoka’s actions.