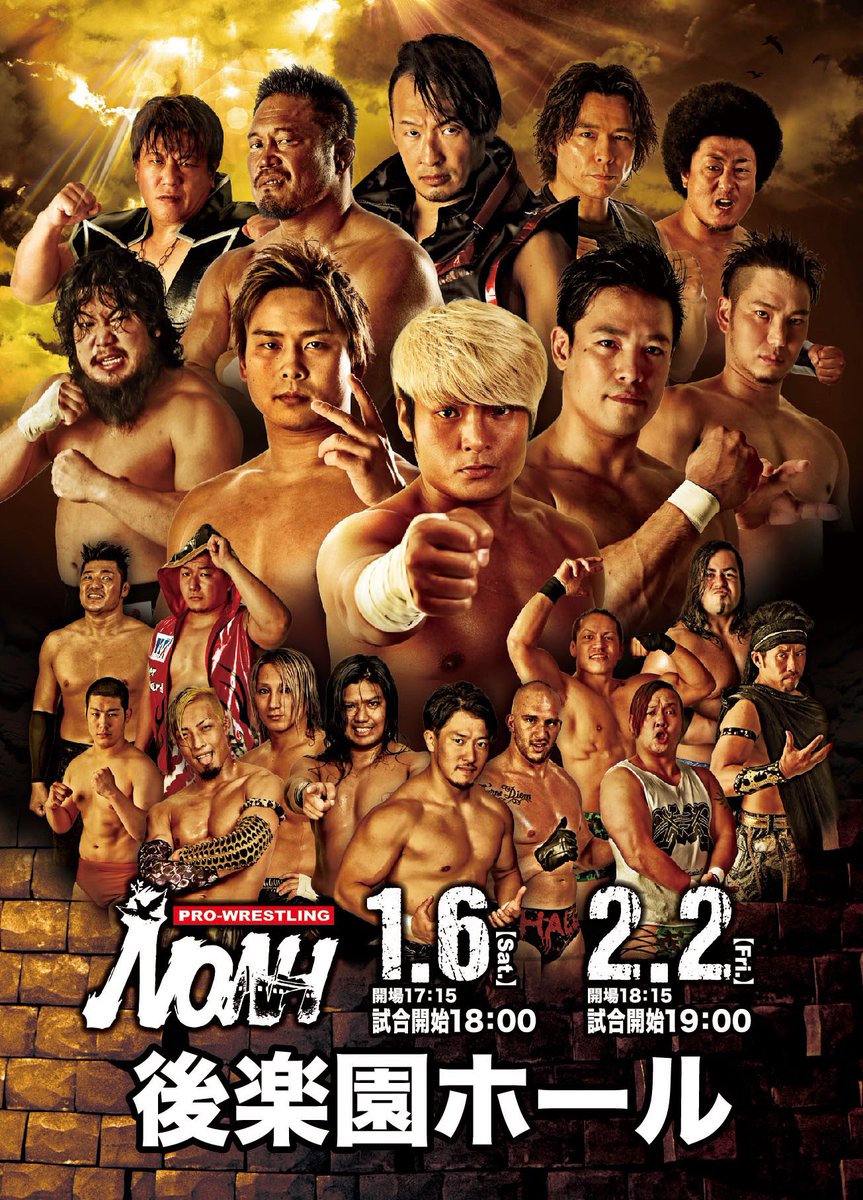 (1) YO-HEY vs. Jyunta Miyawaki
◆Winner: YO-HEY (4:02) with a Twist style Starter.
(2) Daisuke Harada & Tadasuke vs. Hajime Ohara & Masao Inoue (FREE)
◆Winner: Tadasuke (9:30) with a Small Package Hold on Inoue.
(3) Go Shiozaki & Atsushi Kotoge vs. Cody Hall & Jay Bradley
◆Winner: Kotoge (10:25) following the Kill Switch on Bradley.
(4) Taiji Ishimori, Hi69 & LEONA (DRADITION) vs.  Yoshinari Ogawa, Minoru Tanaka (FREE) & Seiya Morohashi (FREE)
◆Winner: Minoru (11:08) with a FIRE BALL Splash on Hi69.
~ Minoru with the win over the GHC Jr. Tag Champion, as he and Ogawa once more asserted themselves as the next challengers.
(5) Katsuhiko Nakajima & Masa Kitamiya vs. Takashi Sugiura & Akitoshi Saito
◆Winner: Kitamiya (10:57) following the Saito Suplex on Saito.
(6) GHC Junior Next Challenger Match: HAYATA vs. Hitoshi Kumano
◆Winner: HAYATA (9:27) following the Headache.
~ HAYATA earns the right to challenge for the GHC Jr. belt on March 11 in Yokohama.
(7) Naomichi Marufuji vs. Kaito Kiyomiya
◆Winner: Marufuji (15:59) following a Shiranui.
~ Kiyomiya has finally suffered defeats to the top guys within the promotion, but the rookie stated that he will not forget as he knows what he must now overcome.

(9) GHC Heavyweight Championship Match: [30th Champion] Kenoh vs. [Challenger] Yuko Miyamoto (666)
◆Winner: Kenoh (16:15) following a Diving Foot Stomp.
~ 2nd successful title defense.
~ Sugiura stepped forward to challenge the Kenoh for the belt.
~ Sugiura, who is Kenoh’s sole ally, was at ringside for the match and congratulated the champion for his defense. But told his partner that if if he wants to go to Budokan as champion that he would have to go through him first.

~ Four title matches were then officially announced to be held on March 11 at Yokohama.