(6) Loser W-1 Exile Match: Soma Sumeragi & Hajime vs. Masayuki Mitomi & Rionne Fujiwara
◆Winner: Mitomi (7:47) with the Salty Splash on Sumeragi.
~ Sumeragi bowed the fans after the match as he said his goodbye’s for the last time in the W-1 ring. He mentioned that this is not the end of himself as he will do his best to get stronger and survive as a freelance wrestler in the future.

(8) WRESTLE-1 Championship Match: [11th Champion] Shotaro Ashino vs. [Challenger] Kumagoro
◆Winner: Ashino (23:10) with an Ankle Hold.
~ 6th succesful title defense.
~ After the match, Ashino declared his further dominance over the “NEW ERA” as he stated that they have no one left. Though this led to Koji Doi appearing, as the latest member of “NEW ERA”, to make the challenge. Ashino accepted the match to happen next month.
~ Though Ashino declared that “NEW ERA” will be goon soon as “Enfant Terribles” will finally end them once and for all. 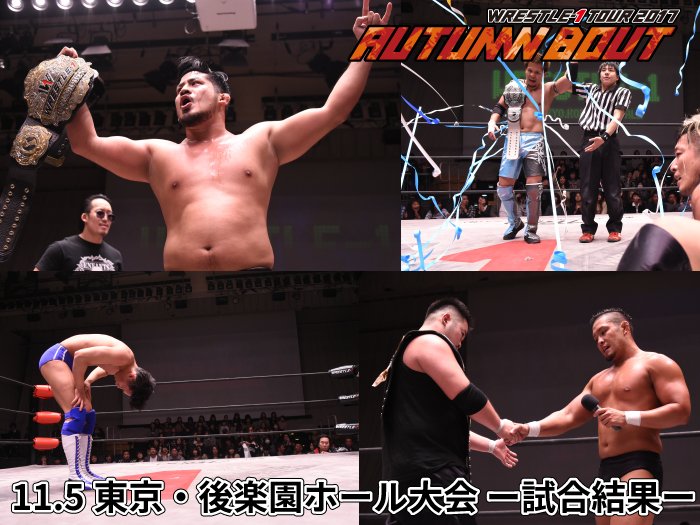