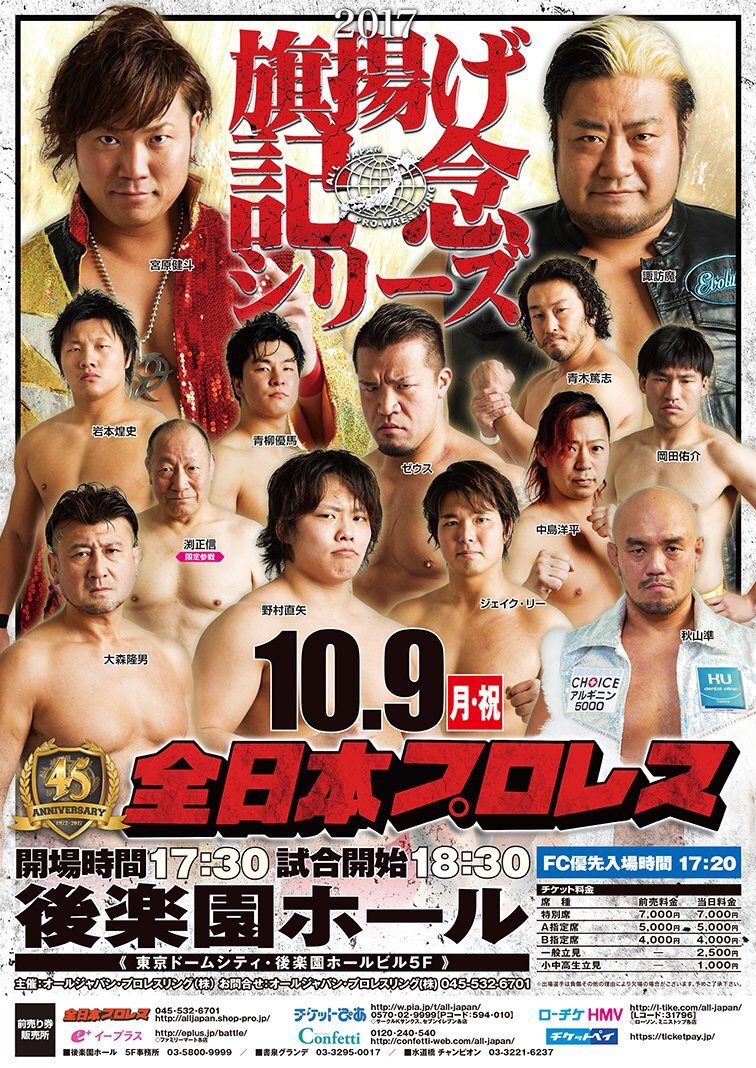 ~ Keiji Mutoh was announced to be competing on the “World’s Strongest Tag League” kick off show on 11/19 in Sapporo, he will be teaming with Kento Miyahara, Dory Funk Jr. & Ultimo Dragon to take on the team of Daisuke Sekimoto, TAJIRI, Black Tiger VII & Dalton Drellich.

~ Then Yuki Kanzaki will be making his re-debut as an All Japan wrestler on 11/19 as well. He will be teaming with Yusuke Okada to take on Atsushi Aoki & Hikaru Sato. (Stats: 169.5cm, 75kg, born on 10/17/1995 from Sapporo, Hokkaido. He has a sports background in Kendo and MMA. He joined All Japan on September 1 with him making his original debut in Pro-Wrestling FTO the year prior.)

(7) Triple Crown Championship Match: [57th Champion] Kento Miyahara vs. [Challenger] Suwama
◆Winner: Suwama (31:03) following the Last Ride.
~ Champion falls on his 1st title defense. Suwama becomes the 58th champion and the record holder for most reigns at now 6 in total.
~ Suwama will go on to defend the Triple Crown belt against his former partner Doering on 10/21. ~ The event cards have been updated for 10/31 and the “Jr TAG BATTLE OF GLORY” which begins in November. Also expect a separate event card post later today…