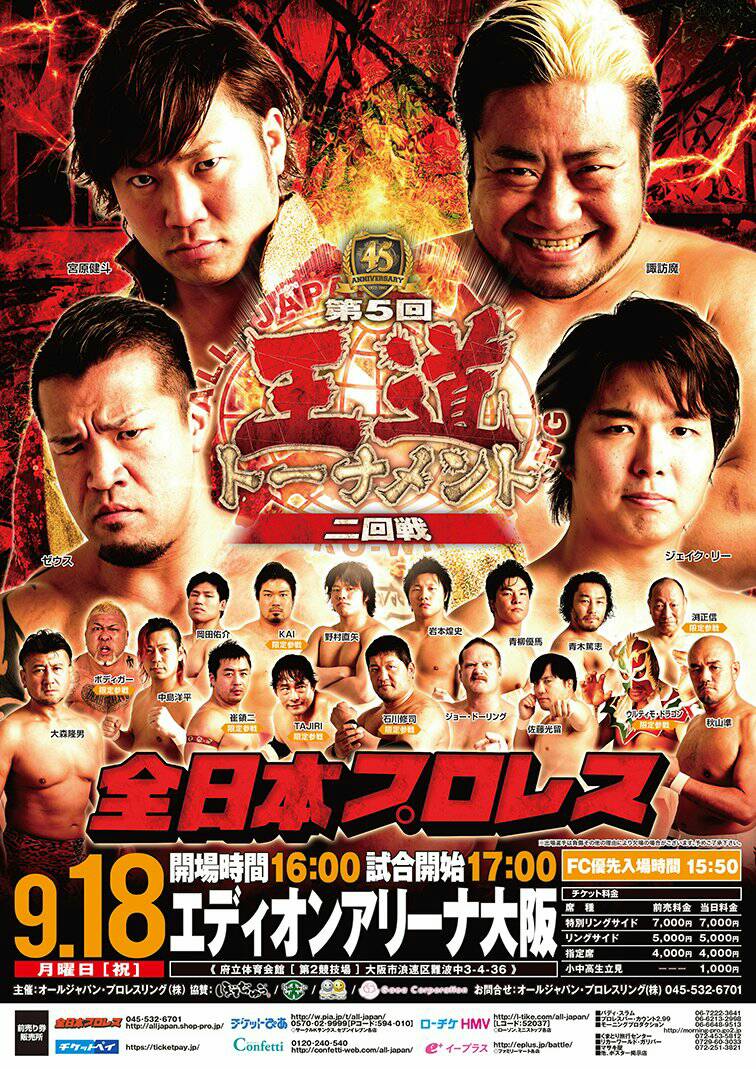 (5) 5th Oudou Tournament ~ 2nd Round Match: Shuji Ishikawa (FREE) vs. Zeus
♦Winner: Ishikawa () with the Splash Mountain.
~ Ishikawa moves on to the semi-final match on the 23rd.
(6) 5th Oudou Tournament ~ 2nd Round Match: Kento Miyahara vs. Yoshitatsu (NJPW)
♦Winner: Miyahara (19:13) with the Shutdown German Suplex Hold.
~ Yoshitatsu puts up a fighting effort against the Triple Crown champion, but ultimately suffers defeat. Yoshitatsu stated that he accepts the loss, but want to aim for another match against Miyahara in the future.
~ The first semi-final match is now set as Miyahara will be taking on Ishikawa.