~ More matches were announced for the upcoming Korakuen Hall show on September 24. Among the major additions is that HARASHIMA will be taking on KUDO in a special singles match on the show. 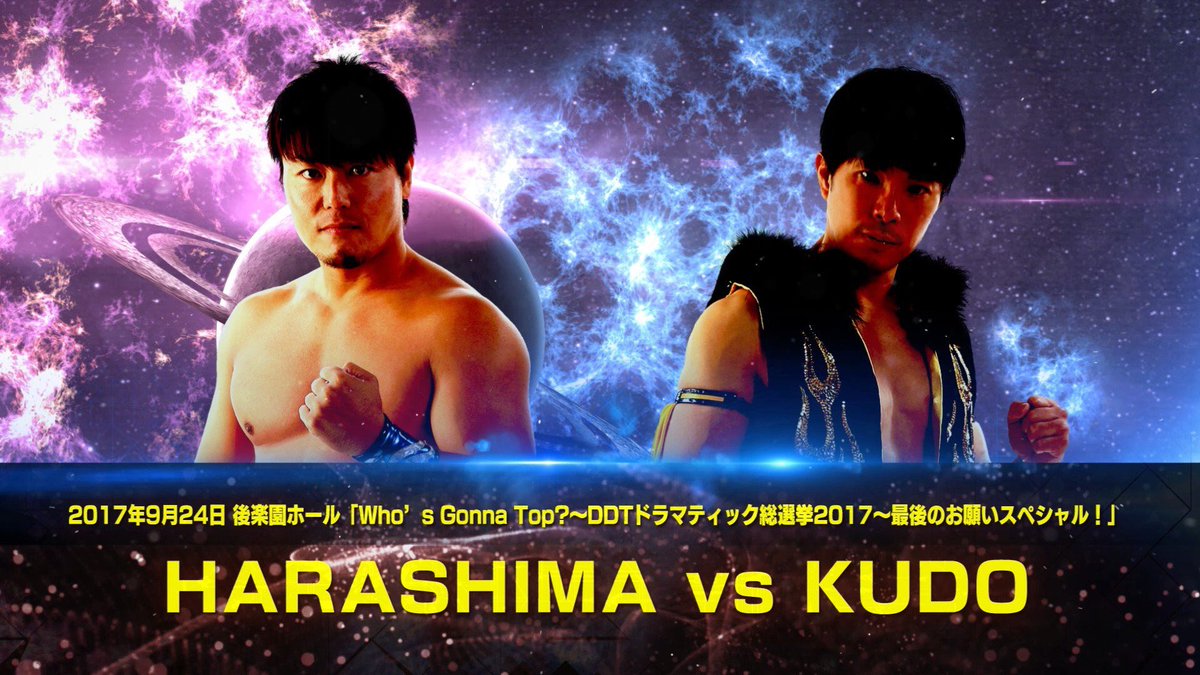 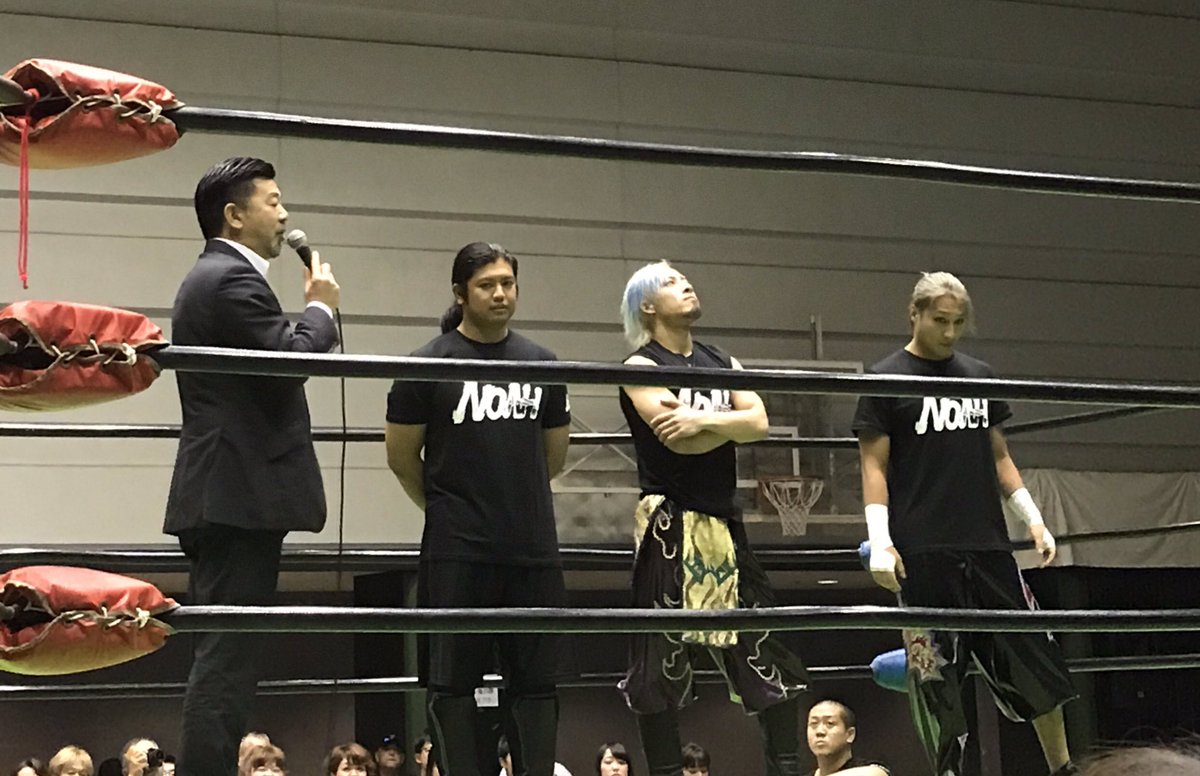 ~ It was announced that HAYATA, YO-HEY, and Tadasuke joined NOAH as of September 1. The Osaka native team has been an active part of the promotion for the entirety of this year and will move forward as full-time active members of the promotion. President Masayuki Uchida is stated to be in strong favor of all three men as he aims to see to it that NOAH continues to grow with strong talent fully at the helm. 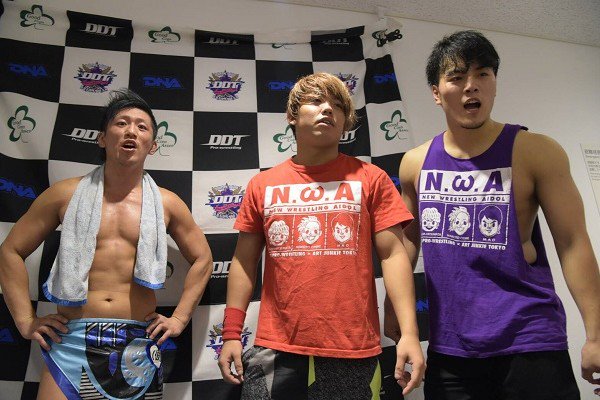 ~ Then it was also announced that Shunma Katsumata and MAO from DDT’s rookie promotion DNA will be receiving the GHC Junior Tag title match on October 1 in Yokohama.

Yoshihiro Takayama, who is currently bed ridden with a cervical spine injury, was formally announced to be in a situation to which he may never recover from, according to doctors. Though the 50 year has stated that he aims to recover from the injury and once more stand upon his own two feet. 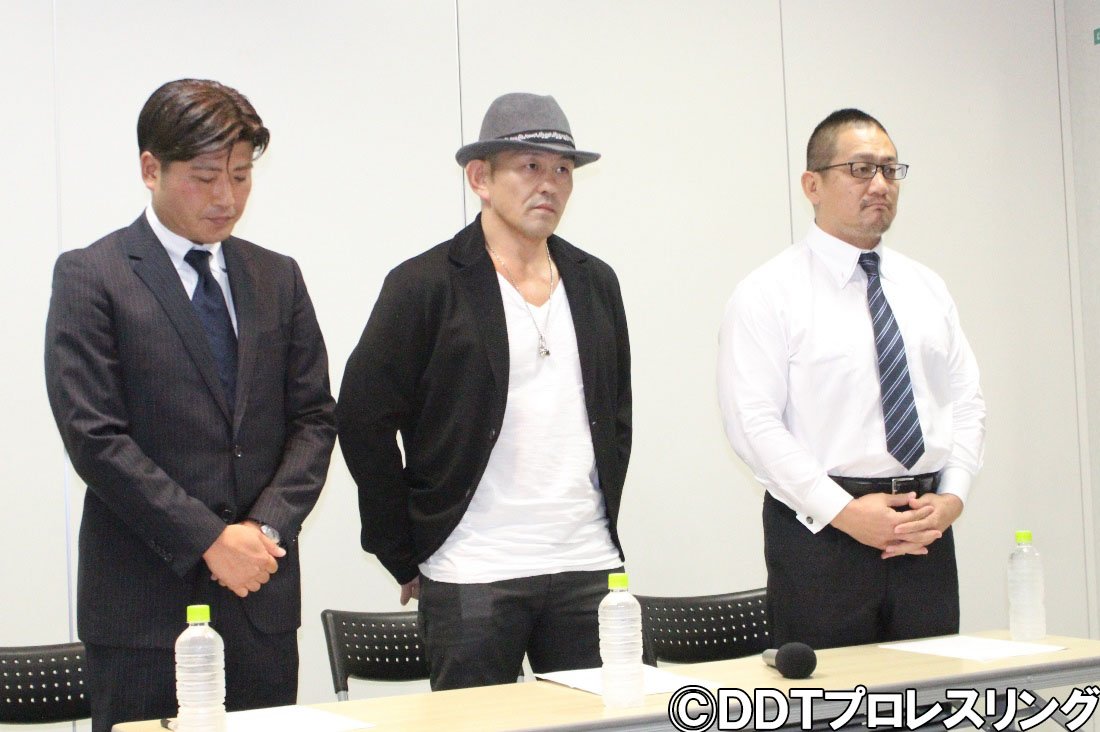 A support effort is being established known as “TAKAYAMANIA”. Nobuhiko Takada, Akira Maeda, and Minoru Suzuki have taken it upon themselves to helm this project and have asked for any help to see that Takayama receives the best care and treatment possible. The DDT, AJPW, and NOAH offices have also stated that they plan to host the support boxes on all their upcoming shows.

If you are unaware of the situation, Takayama suffered the neck injury while competing for DDT back on May 4 of this year. He went for a sunset flip attempt on an opponent, but landed awkwardly on the flip. He was immediately sent to the nearest hospital in Osaka, Japan wherein he was diagnosed with the spinal injury. Takayama was paralyzed from the neck down and was initially unable to breath on his own, though he has regained the ability to breath on his own now. As of right now he is bedridden in the Kanto region of Japan where he cannot feel anything from his shoulders down.

All funds gathered will be used in the treatment and expenses that Takayama will be faced with at this time and as the future unfolds.

~ The major matches for the upcoming Korakuen show on September 18 were announced. The main event will feature the W-1 Championship in defense as Shotaro Ashino takes on Daiki Inaba. Then as for the W-1 Tag belts, the new champions of Hayashi and Kondo will be taking on a pair of former champions in Kono and Takanori Ito.

The current event card is as follows… 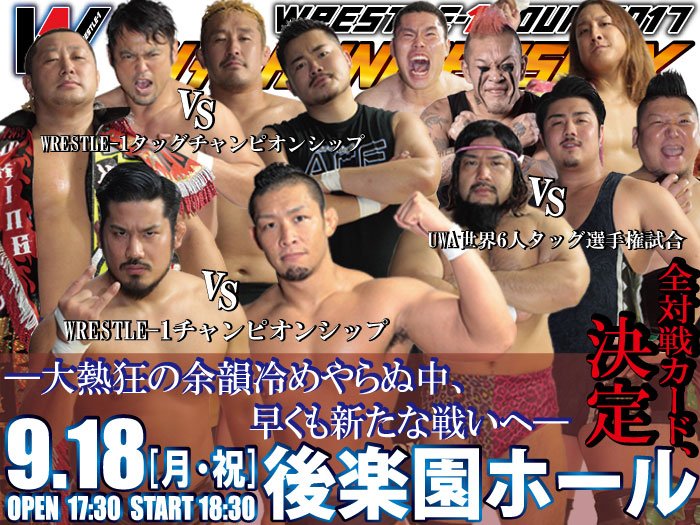