All Japan announced several new additions for the upcoming Ryogoku show, from Nomura finding a new partner in KAI, to the Asia Tag defense officially set, more challengers for the BANG! TV Battle Royal, and Kotaro Suzuki making his return to the promotion. ~ Noaya Nomura accepted KAI to be his partner following the conclusion of the August 3rd show. Both men share similar circumstances with short World Tag reigns due to their partners suffering injuries, but the two have shown a common mutual understanding that they want to be champions once more. KAI stated that he has seen Nomura grow a lot in the last year specifically and stated that he sees the young man being able to offer a lot when it comes to a big match. Which Nomura stated that he has been familiar with KAI since 2008 and even adapted some of the things he saw from him into his early training style. Though regardless both KAI and Nomura noted that there will be a huge disadvantage for them heading into a match against the established team of Sekimoto and Okabayashi. The weeks heading into the event the two stated that they will be training and doing their best to form a mutual understanding and bond. Even mentioning the formation of their own double team maneuver. ~ Then the Asia Tag match has been formally set, as the champion team of Atsushi Aoki and Hikaru Sato take on the team of Black Tiger VII and TAKA Michinoku. TAKA Michinoku makes his return to the All Japan ring after years of being away. Though he feels a connection that it has to be this year being it is his own 25th anniversary as a pro-wrestler on All Japan’s 45th anniversary as a promotion. TAKA stated that the only thing that has alluded his desires this year is to become a champion once more, which he looks to achieve that by capture, the oldest active belts in Japan today in, the Asia Tag belts. Black Tiger VII stated that he was looking for a perfect partner to make the challenge and he found that with a former ally in TAKA. The current champions mentioned that they know they did not have the best of luck at last’s years Ryogoku show, losing to Atsushi Onita and Masanobu Fuchi, but this year they have sworn to defend and shake off the setbacks of the past. ~ Osamu Nishimura was present as he and Tako Omori announced three more names for the !BANG! TV Battle Royal. This includes  Yutaka Yoshie, Abdullah Kobayashi and Rikya Fudo. With the inclusions of Kobayashi means that weapon use is also legal in the match. Omori stated that All Japan will continue to accept challengers up until August 12. ~ Then it was formally announced that Kotaro Suzuki will be taking the open spot in September’s “Oudou Tournament”. Due to Jake Lee’s knee injury an empty spot was made, which following his return on the Shinkiba show on August 3rd, and that led Aoki to offering the spot to his former rival and friend. The two will meet on the first round match on September 16. Aoki stated that Kotaro looks to be returning back in All Japan, but that he cannot just accept this choice following his withdrawal over a year and a half ago. Kotaro left under his own terms as he wanted to experience and grow, though Aoki still was not pleased that his former partner left and led to then trainee Keiichi Sato, Kotaro’s personal student, to follow as well. 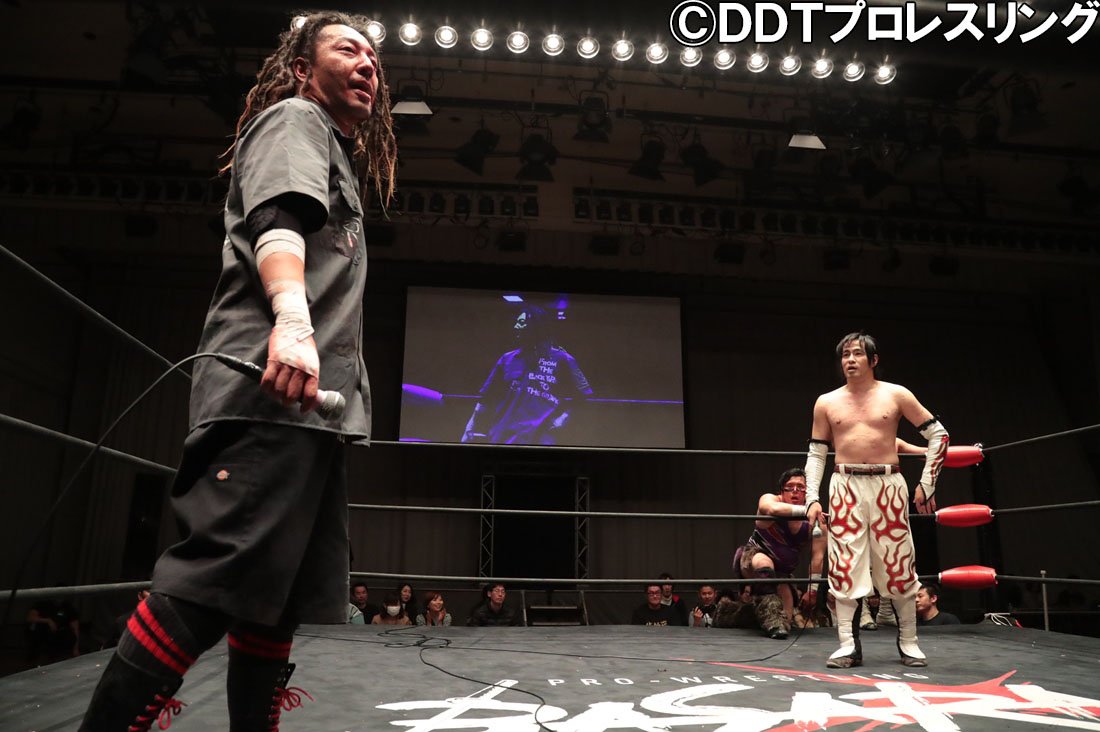 ~ The full event card was announced for the Shinkiba 1stRING show on August 19. ~ The full event card was announced for the next show on August 12. 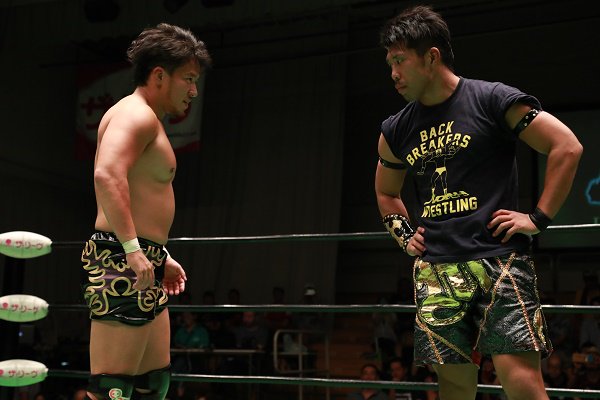 ~ The 1st Tiger Mask announced that Yukio Naya, the grandson of Yokozuna Taiho, will be making his debut on the September 14 show at the Korakuen Hall. The 22 year old boasts a staggering 197cm tall frame and weighs in currently at 130kg. Tiger Mask has been training closely with Naya for years now and expects much from him as he makes his professional debut.

~ Another match was announced for the upcoming show on September 27, as KAI teams with Takuya Kai to take on the team of Yuko Miyamoto and Naoshi Sano. 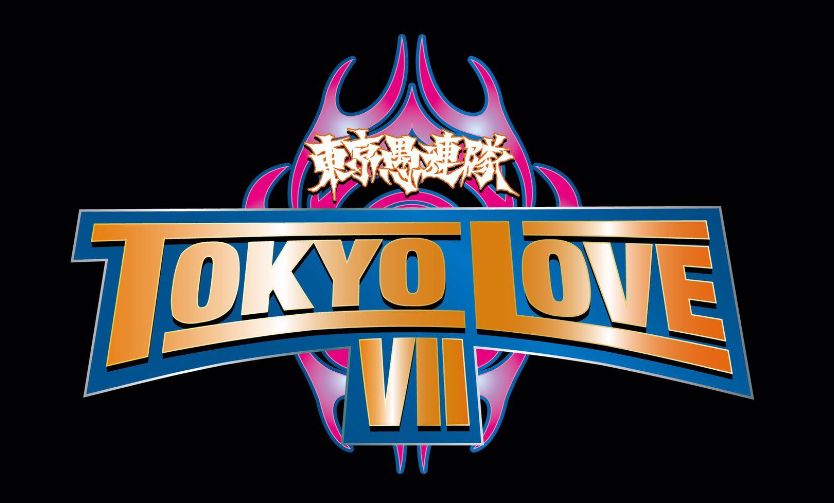 ~ It was announced that Takanori Ito will be defending the Result belt against Seigo Tachibana on the upcoming Korakuen Hall show on August 11. 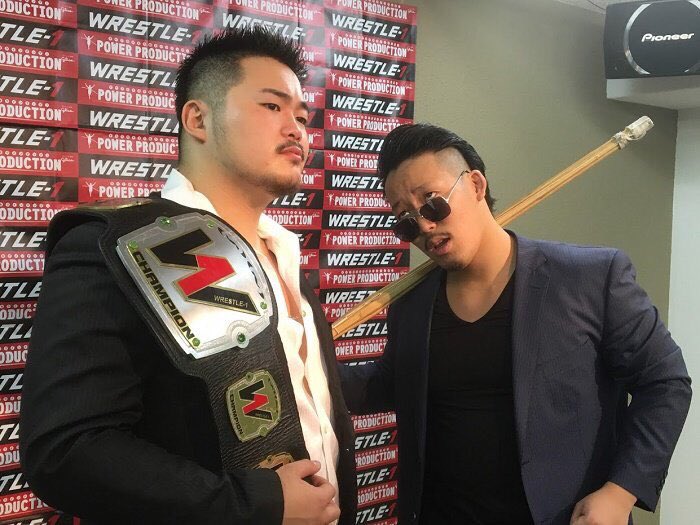 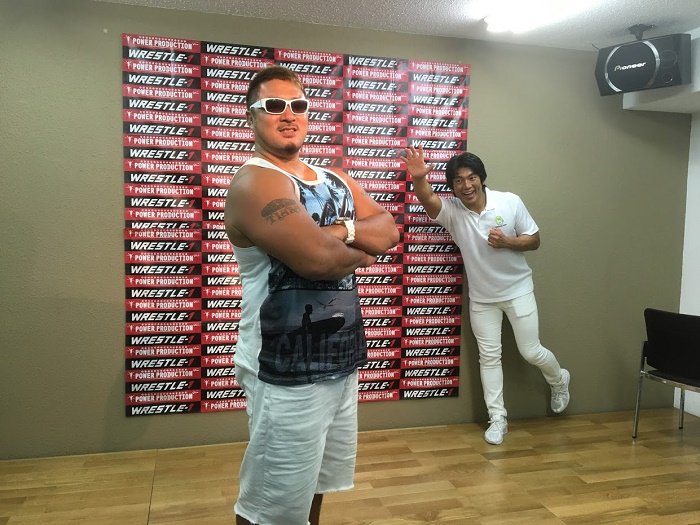