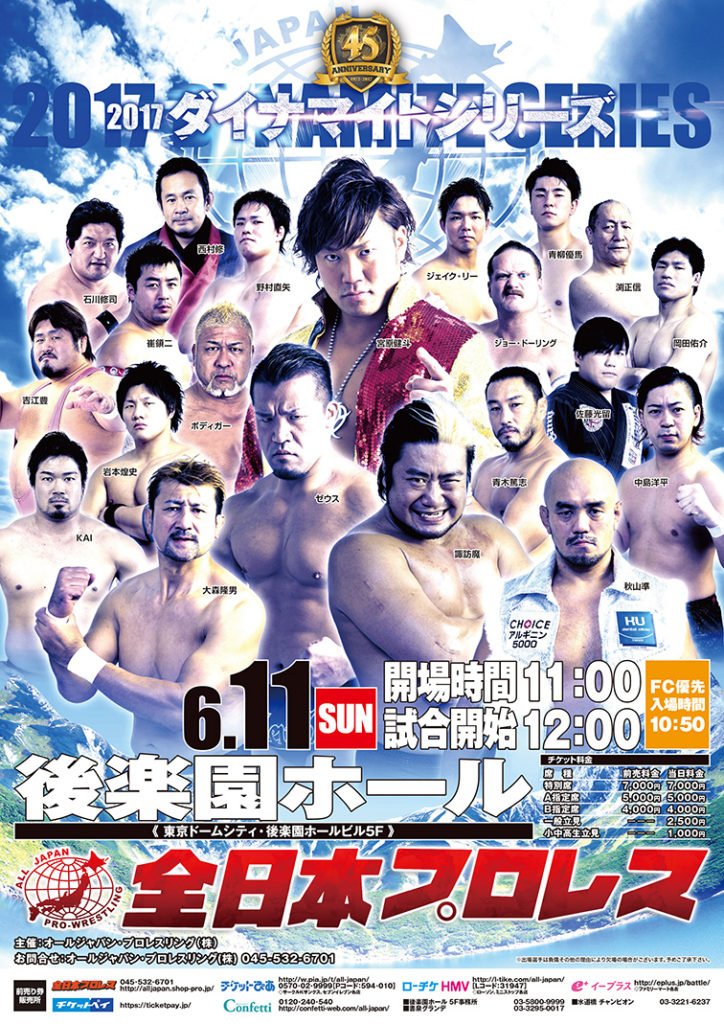 (3) Joe Doering & Atsushi Aoki vs. Naoya Nomura & Yuma Aoyagi
♦Winner: Doering (4:38) with the Revolution Bomb on Nomura.
(4) Jun Akiyama, Ultimo Dragon (Toryumon MEXICO) & Atsushi Maruyama (freelance) vs. TAJIRI, Yutaka Yoshie & Minoru Tanaka (all freelance)
♦Winner: TAJIRI (10:12) following a Buzzsaw Kick on Maruyama.
~ TAJIRI made it known that he does aim for a match for the GAORA TV belt, which is held by Akiyama. As this also hints at him continuing to compete for the promotion in the future.

~ It was formally announced that Yuma Aoyagi will get his rematch against Taichi at the Ryogoku Kokugikan show on August 27.
~ New Japan’s Tomoyuki Oka and Katsuya Kitamura will be competing against the team of Jun Akiyama and Takao Omori on July 5 at the Shinkiba 1stRING.

(6) Special Single Match: Suwama vs. Kento Miyahara
♦Winner: Suwama (14:45) with a Backdrop Hold.
~ Suwama finally overcomes Miyahara, in singles competition, as he stated that his goal is to reclaim the Triple Crown belt.