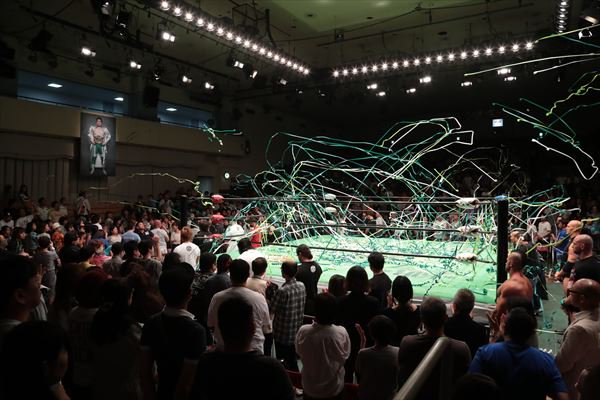 An honoring ceremony was held for Misawa before the start of the show.

~ The teams for this years ‘Jr. Heavy Tag League’ were announced…

~ This years league will be running from June 13 through June 27 which starts and ends at the Korakuen Hall.

(5) Kenoh vs. Atsushi Kotoge
♦Winner: Kotoge (16:44) with the Kill Switch.
~ During the backstage interview, Kotoge stated that he aims for a chance at the GHC belt.

~ Atsushi Kotoge stepped forward to challenge Nakajima after the match. The match appears to be taking place on June 25 in Koriyama.