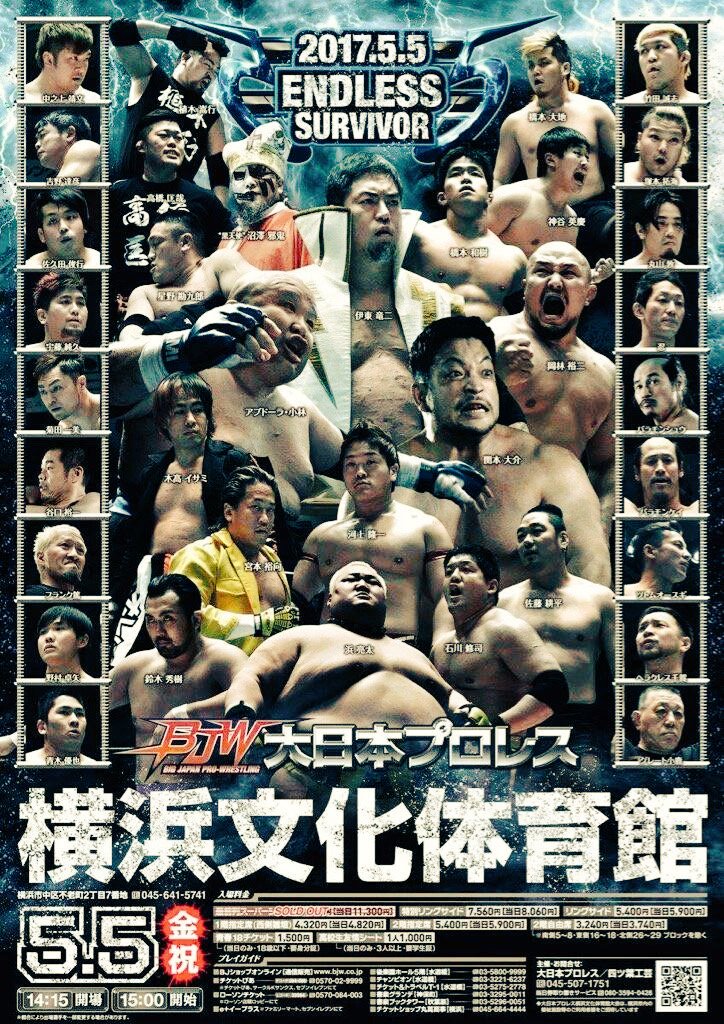 ~ Okabayashi walked off holding his arm as Hideki celebrated the defense.
~ Hideyoshi Kamitani came forward to challenge the champion. ~ Kobayashi, who was bulking up to 165kg before this show, was still overpowered by the man who was more hungry to become a leading champion and force a revolution to truly begin.
~ Masaya stated that he would accept a rematch from Kobayashi in the future, but only if the former champion is worthy of it. Masaya made it known that the new generation now has a place in Big Japan and he hopes that the deathmatch style can find a reassurance now that he holds the belt. He thanked everyone for coming out as he closed the show holding the belt.
~ Side note: The new champion also mentioned that he is getting married soon. A whole new life begins for him in the ring and outside of it.