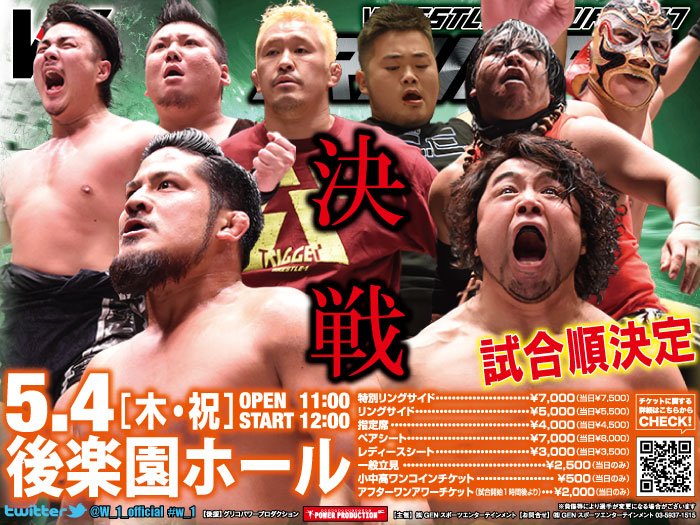 (4) WRESTLE-1 Cruiserweight Championship Match: [8th Champion] Andy Wu vs. [Challenger] MAZADA
♦Winner: MAZADA (13:11) with the Masada Driver.
~ Champion falls on his 1st title defense. MAZADA becomes the 9th champion.
~ MAZADA did as he proclaimed last month as he once more defeated Andy to become the champion.
~ Kaz Hayashi came forward to be the first challenger. (5) Jiro “Ikemen” Kuroshio vs. Shuji Kondo
♦Winner: Kondo (10:25) with the Gorilla Clutch.
~ Kuroshio makes his return after being out of action for the last several months though in loss to the veteran.
~ Kuroshio made a challenge of a rematch as he will put his “jacket” on the line. (7) WRESTLE-1 Championship Match: [11th Champion] Shotaro Ashino vs. [Challenger] Manabu Soya
♦Winner: Ashino (21:37) with an Ankle Hold.
~ 2nd successful title defense.
~ Koji Doi stepped forward to make the challenge against the champion.
~ Ashino, who even though is considered part of the new era, declared that he will see the NEW ERA destroyed as well after he has taken out a portion of the already established.
~ Doi, during the backstage interview, stated that he may have lost the tag belts, but his confidence remains just as high as ever. That he already has his taste of what it means to be a singles champion, as he holds the Result Championship, and aims to win the biggest prize within the promotion. 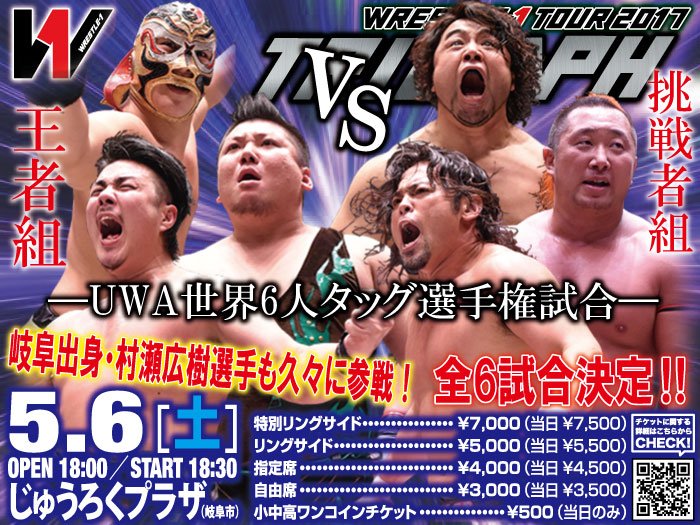