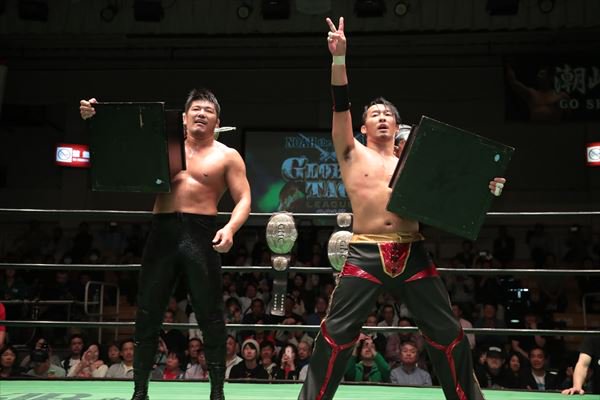 ~ Shiozaki took out Taniguchi with a lariat after the match. After Taniguchi flaunted that he was the GHC Tag Champion without Shiozaki.
~ Masa Kitamiya as well as Cody Hall and Randy Reign came forward to challenge the champions. 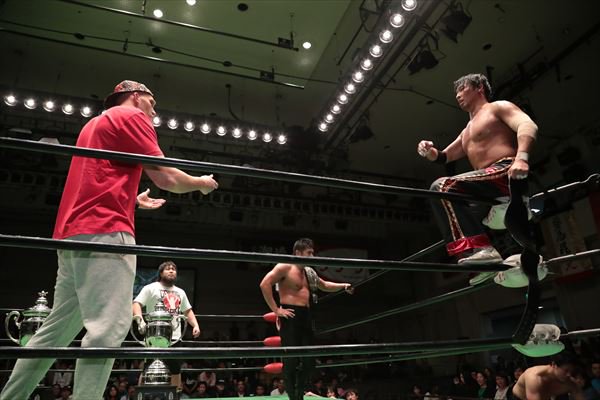