~ The “2017 Champion Carnival” continues as Suwama takes the early lead in the B BLOCK standing. 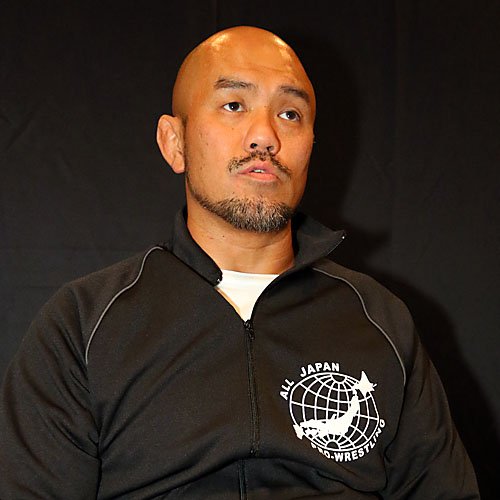 ~ Which speaking of Suwama, a current storyline… being dubbed a potential controversy is being dubbed between All Japan and FMW. Basically the story surrounds Atsushi Onita’s continued attempts to get Suwama competing in his brand of death match. Though Suwama has repeatedly denied him on multiple occasions. Suwama being one who rarely competes outside of All Japan. So FMW announced that “Chicken Suwama (チキン諏訪魔)” would be competing on the 4/27 show.
This has led to the President of All Japan in Jun Akiyama addressing the matter and saying that FMW has no rights to use Suwama’s name in any capacity. Let alone on a poster to promote their shows. Basically Akiyama calling them out for falsely promotion Suwama’s name, which the All Japan shareholders did not approve of happening.
Akiyama asked FMW to remove all association of Suwama’s name from their listings. 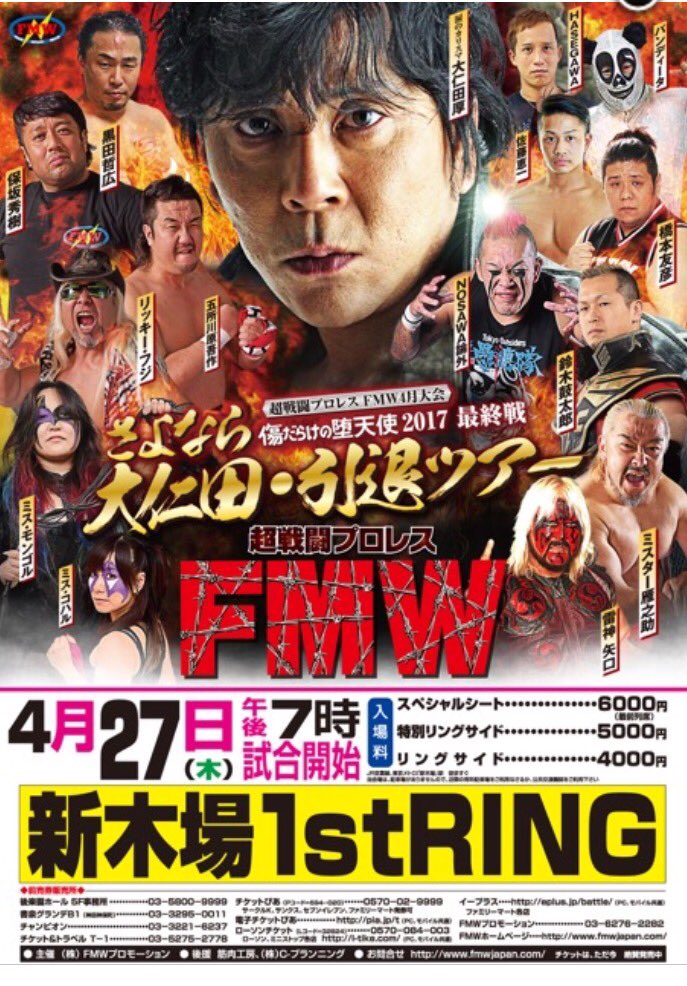 ~ The competitors for this years Itadaki League were announced as follows… 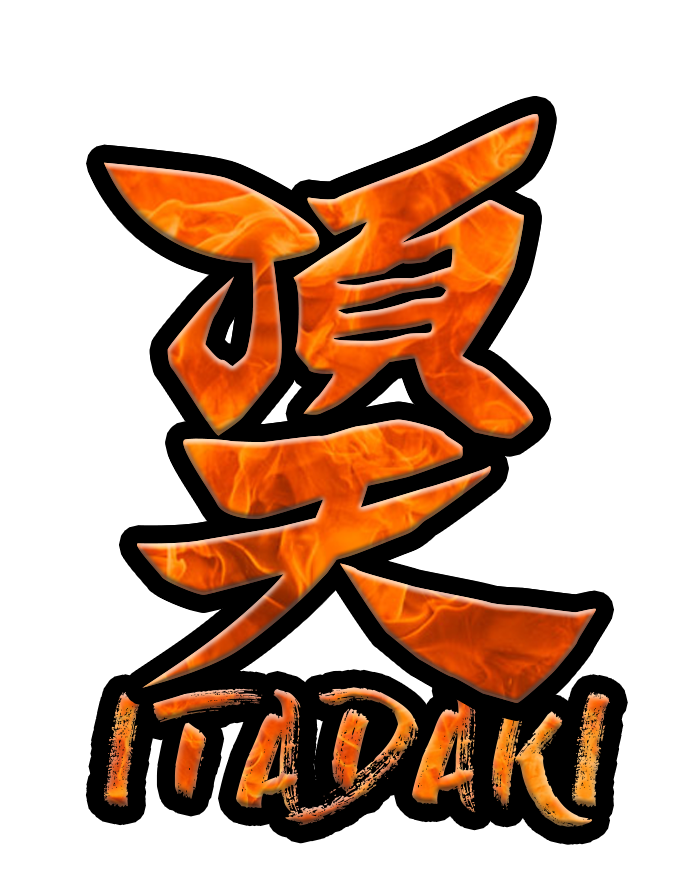 ~ This years league is set to begin on May 4 in Toyonaka and block matches will run until June 25 in Nagoya. The final match will be held on July 5 at the Shinjuku FACE.

~ Currently no league matches were announced at this time, but the early card for the May 4 show is as follows…

Big Japan announced the full event cards for the big Yokohama show on May 5 and the prelude Korakuen Hall show on April 28.

This years “Endless Survivor” show in Yokohama will feature both the singles belts in defense as Abdullah Kobayashi defends the DeathMatch Heavyweight belt against the winner of the “Ikkitosen DeathMatch Survivor 2017” in Masaya Takahashi, and then the new World Strong Heavyweight Champion Hideki Suzuki puts the belt on the line against one of the leaders of the division in Yuji Okabayashi.

Below are the announced event cards at this time…

~ The full event card was announced for the Korakuen Hall show on May 5.

~ It was announced that Ayumu Gunji will be out of action once more due to suffering from Subcutaneous emphysema in his neck. Gunji just recently returned from a right shoulder injury. Gunji will miss the Golden Week tour of shows, more specifically the bigger show on May 7 featuring Manjimaru defending the Tohoku belt against Hyugaji.

~ Due to Akebono missing all upcoming shows due to illness, as such Kendo Kashin was announced to be his replacement for the show on April 27 at Korakuen.

W-1 announced the full event card for the upcoming show on April 23 and the title matches for the next Korakeun Hall show on May 4.

First up the April 23 card was announced as the main event will feature Koji Doi defending the Result belt against his fellow tag partner Kumagoro. The two understand that competition comes before their friendship as both aim to become stronger and closer through pushing themselves in each and every match. Then three title matches were announced for the next Korakuen Hall show that will be held on May 4. The main event will feature the now lone wolf champion Shotaro Ashino taking on yet another established competitor in Manabu Soya. Ashino announced his leave from TriggeR after besting both of his former teammates in the last month. Ashino now declaring himself the leader of this era has put himself directly in the path of the established wrestlers who have come before him.

Then the W-1 Tag belts will be in defense as Koji Doi and Kumagoro put the belts on the line against the team of Masayuki Kono and the heavyweight up-and-comer from the ACE brand Takanori Ito. Kono called out for the title match following the champions defense on 4/19 and said that he would find himself an appropriate teammate. That being the man he beat earlier on the show in Ito. This will mark Ito’s first ever title opportunity. Kono aims to give the big rookie the chance to show his worth, maybe even a potential spot into TriggeR.

Then the W-1 Cruiser belt will be in defense, as the new, and now 2-time, champion Andy Wu goes into a rematch against, the man that beat him for the belt earlier this year, MAZADA. MAZADA has taken offense to losing the belt to Yoshioka and then only seeing it go right back to Wu as he just beat him earlier this year. MAZADA declared that he will reclaim the belt just like he did back in the start of the year. Andy stated that this time he will defend the belt.

Below are the upcoming announced event cards at this time…

If you enjoy these posts of the site in general, please support us through patreon. At least $1 a month will help pay for the server costs to keep the site up and running.
Thanks for helping keep the spirit alive!