~ Following the highly successful show at the Saitama Super Arena, DDT will now be heading into the next set of major titles defenses on April 29 at the Korakuen Hall. 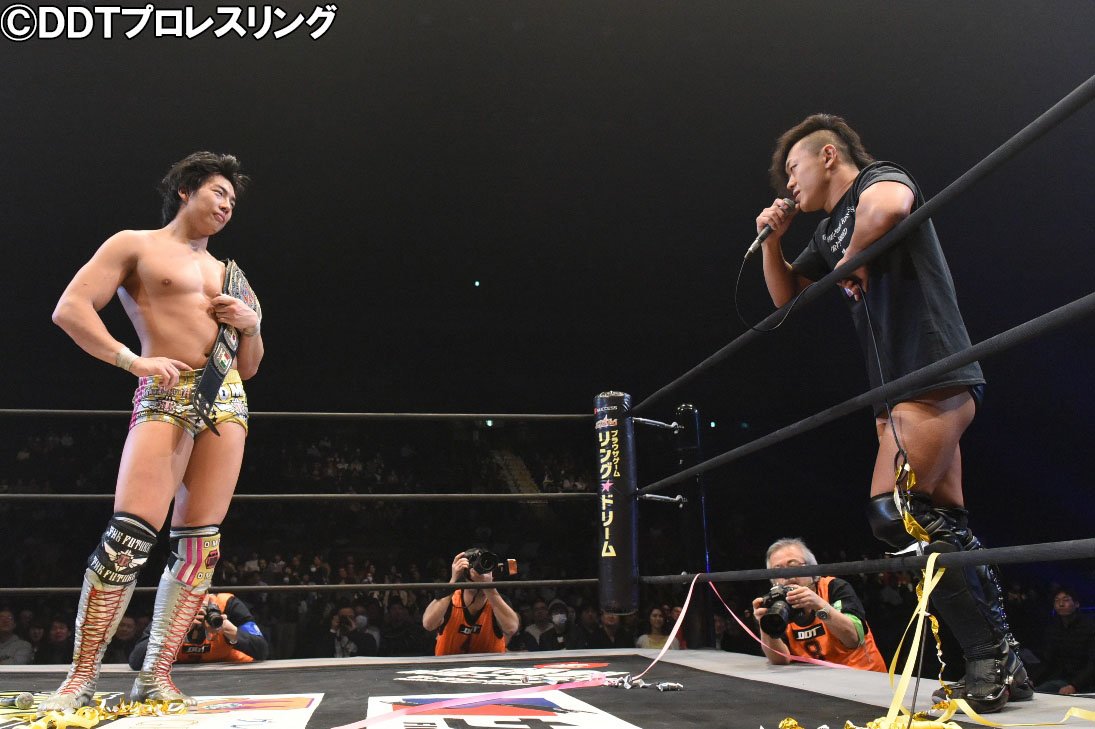 Announced for the Korakuen Hall show is the new KO-D Openweight Champion Konosuke Takeshita taking on his career rival in Tetsuya Endo. The rivalry exists more so for Endo who seeks to finally overcome Takeshita in a major title match. Of course the new champion himself just took at the “absolute ace” at the big stage and will pull out every stop to remain as the new champion. Also the KO-D Tag belts will be in defense as Masakatsu Funaki and Yukio Sakaguchi will be taking on the team of “Shinsei NO FEAR” in Yoshihiro Takayama and Danshoku Dieno. 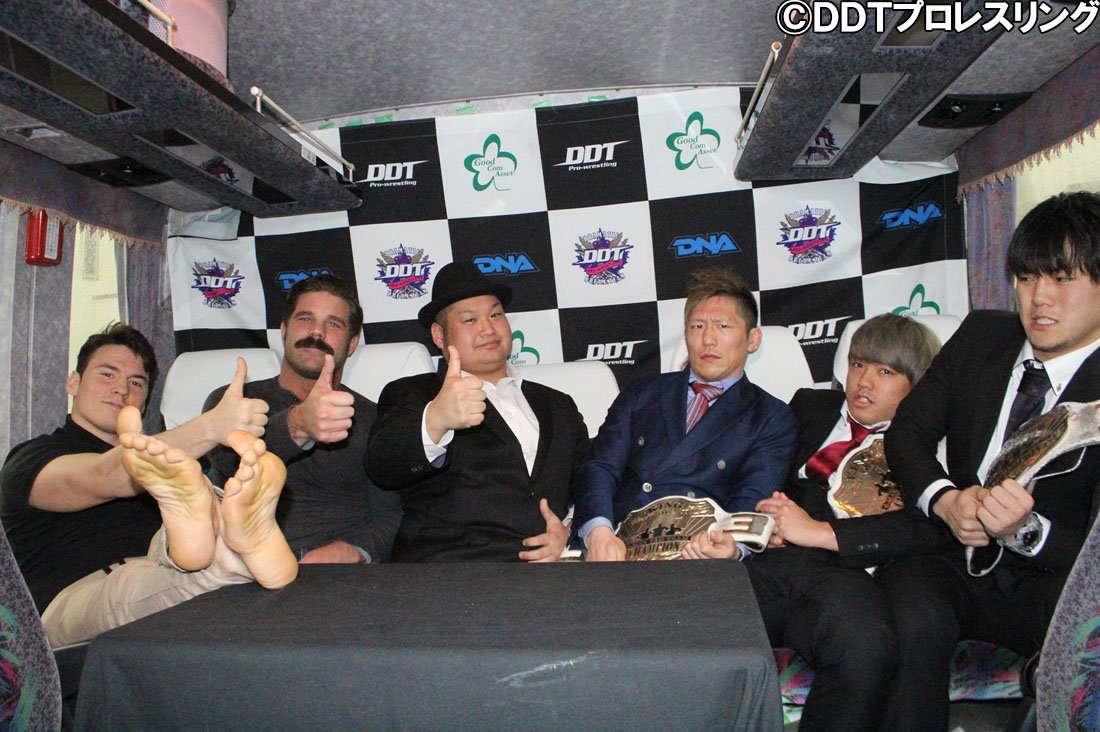 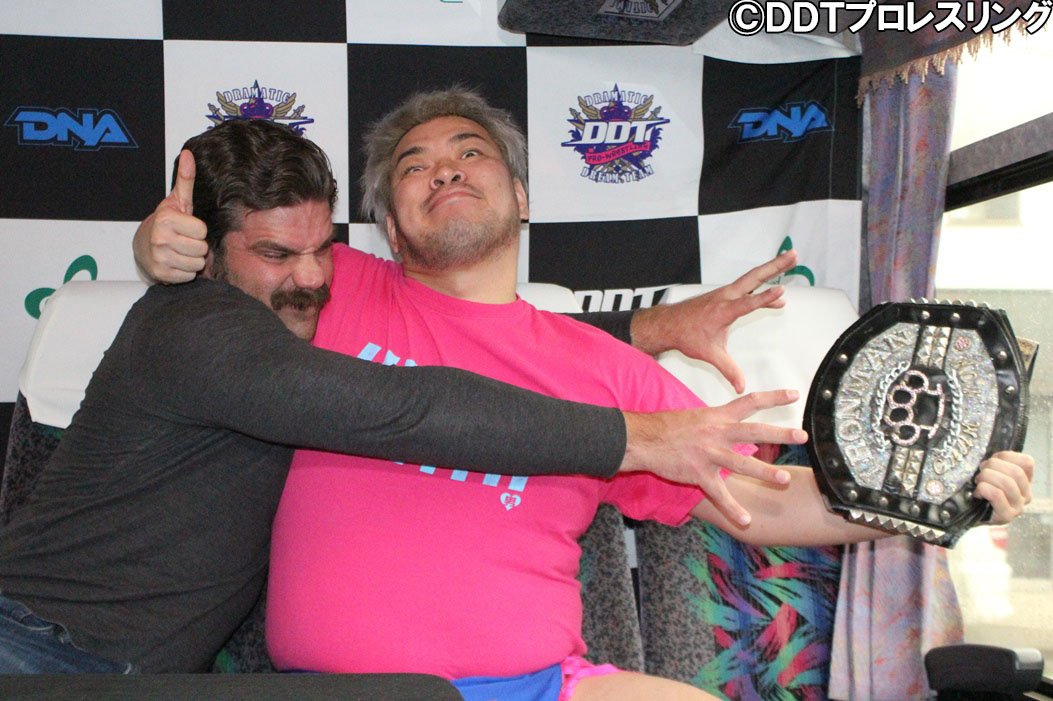 ~ Then before the scheduled KO-D Tag match, Sakaguchi and Dieno will face off in a special singles match on April 8.

~ Then on April 14 Daisuke Sasaki is scheduled to defend the DDT EXTREME belt against a currently unannounced opponent at a “DAMNATION” produced show. Daisuke will decide who he will face at the March 25 show.

Following the conclusion of the NEW JAPAN CUP 2017, the next big shows card has been set for “SAKURA GENESIS” on April 9 at the Ryogoku Kokugikan. The show will feature the winner of the NJC in Katsuyori Shibata taking on the IWGP Heavyweight Champion Kazuchika Okada. This will mark the second time in 12 years that Shibata has acquired the right to challenge for the IWGP Heavyweight belt and the first time since he has returned to New Japan in 2012. Also this will be the first time in a few months shy of four years that Shibata and Okada have faced off in a singles match. Stemming from the G1 CLIMAX in 2013. In which Okada emerged the victor. Shibata stated that he wants to change the status quo of the belt and take hold of the that which has alluded him his whole entire career.

The event will feature a lead-in tour which begins on March 25 and runs up until a couple days before the bigger show. The Korakuen Hall show on April 4 specifically will feature the NEVER 6 Man Tag belts in defense as SANADA, EVIL and BUSHI defend against the team of Hiroshi Tanahashi, Ryusuke Taguchi and Ricochet. ~ The main event match was announced for the upcoming show on April 4. As NOSAWA will be teaming with Manabu Soya and Masaaki Mochizuki to take on the team of Masayuki Kono, Kaz Hayashi and Kendo Kashin. 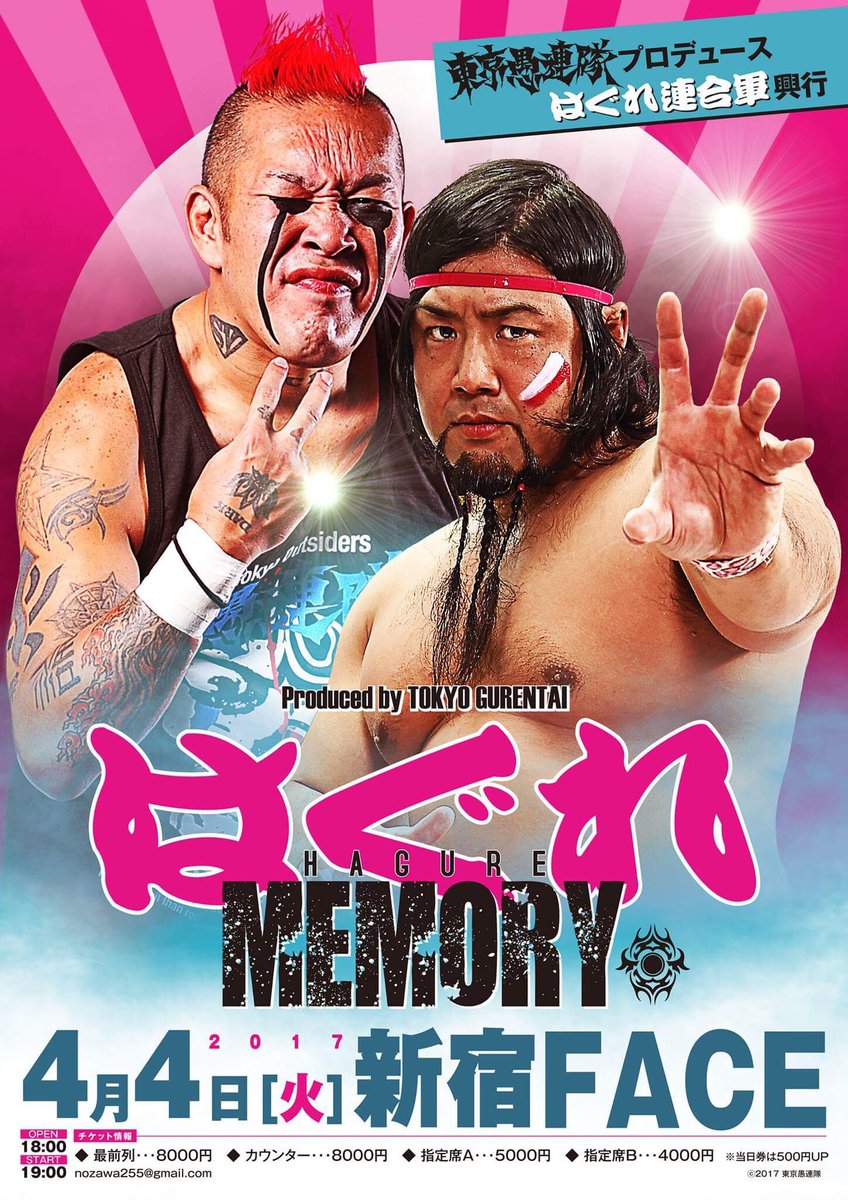 ~ Also announced to be competing: Manabu Soya and NOSAWA Rongai.

~ Koji Doi versus Jake Omen for the Result Championship belt was announced for the show on March 26 in Yamagata. 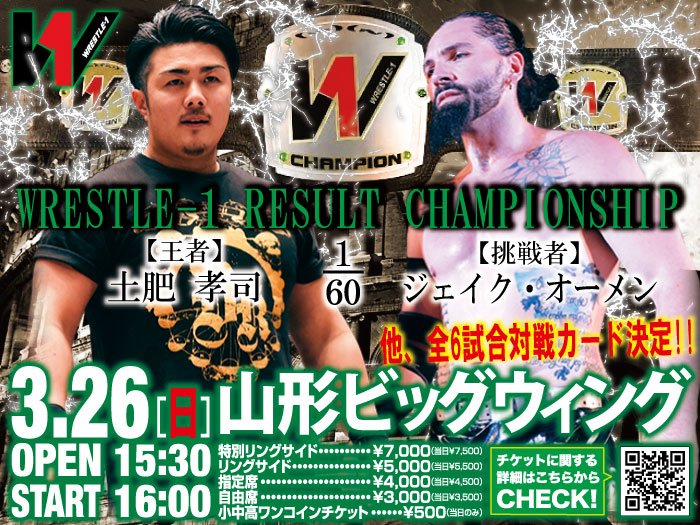 ~ Then the next bigger show is set to take place on April 19 at the Korakuen Hall. The main event will feature the new W-1 Champion in Shotaro Ashino defending the belt against Shuji Kondo. Following his win over Kono, Ashino exuded confidence as he is yet another of the young talent in W-1 to achieve success. His fellow teammate in TriggeR in Shuji Kondo seemed to have taken a bit of offense as he stated that Ashino needs to prove that. Kondo undoubtedly accepted that Ashino beat Kono, but he will put the young champion to the ultimate test if that is what needs to done.

Then the W-1 Tag belts will be in defense as Koji Doi and Kumagoro will be taking on Daiki Inaba and Yusuke Kodama. And lastly among the announced matches is Seiki Yoshioka defending the Cruiser belt against a former champion in Andy Wu. 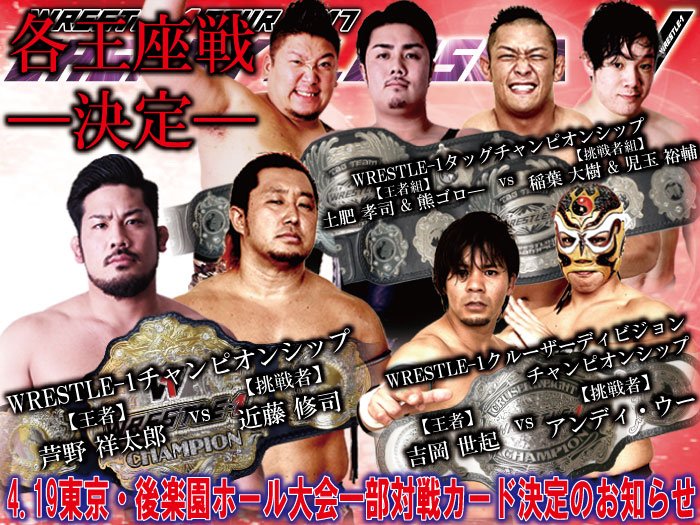 If you enjoy these posts of the site in general, please support us through patreon. At least $1 a month will help pay for the server costs to keep the site up and running.
Thanks for helping keep the spirit alive!