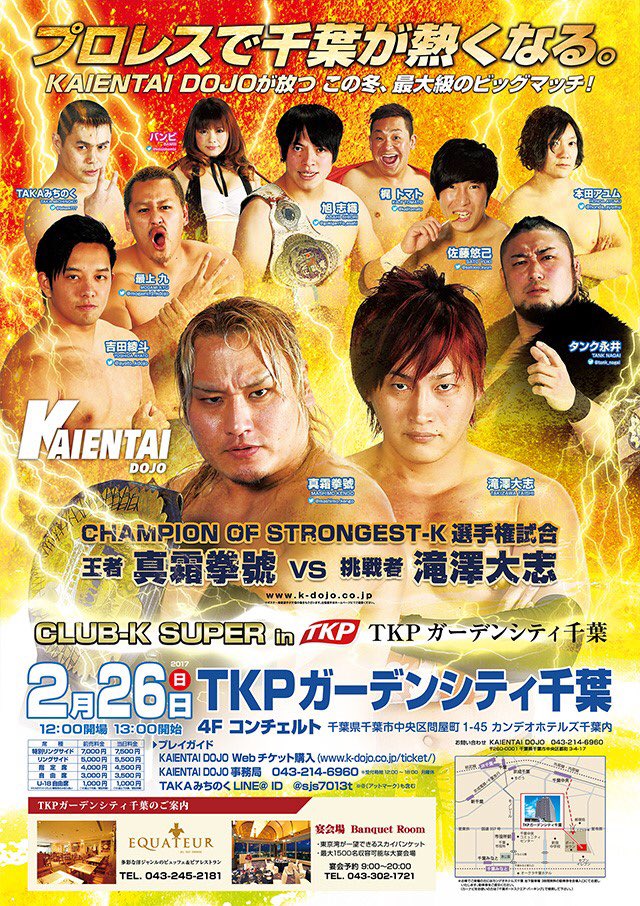 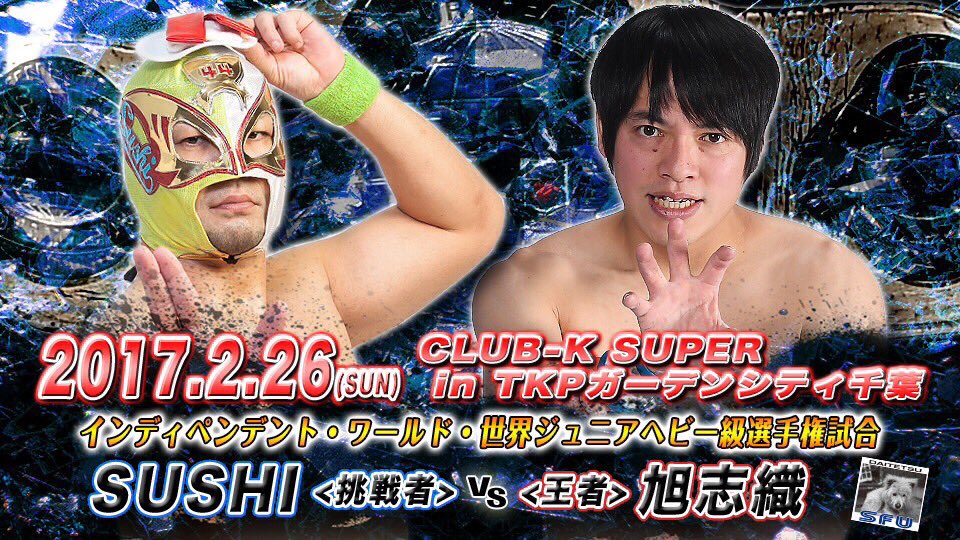 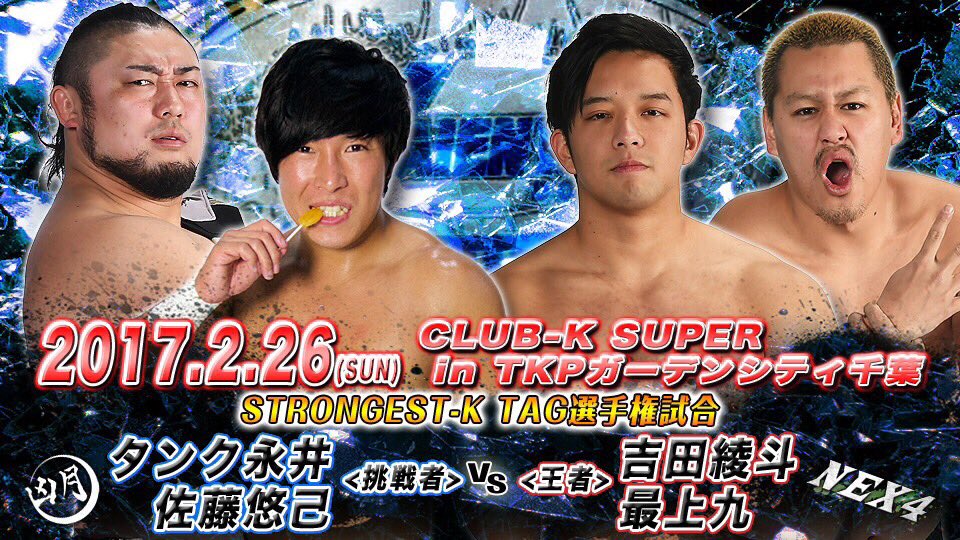 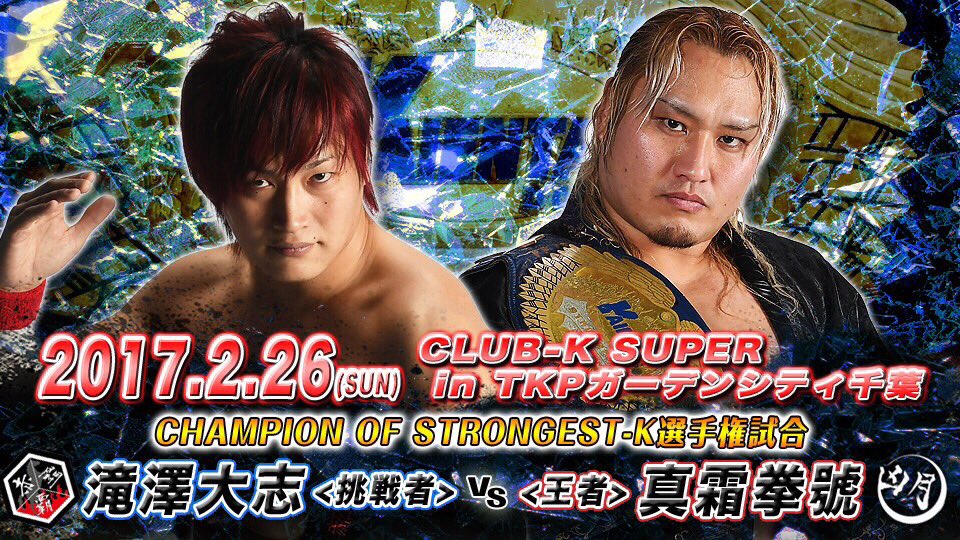 (7) CHAMPION OF STRONGEST-K Match: [22nd Champion] Kengo Mashimo vs. [Challenger] Taishi Takizawa
◆Winner: Mashimo (21:12) following the Katana (Right High Kick).
~ 4th successful title defense.
~ TAKA Michinoku, Kaji Tomato, Kotaro Yoshino, and Ayato Yoshida appeared to challenge Mashimo. Mashimo stated that only one of them can be the challenger, but he will make his next defense at K-DOJO’s 15th Anniversary Show at the Korakuen Hall on April 23.
~ A mini-tournament was announced to begin on 3/5.

~ Kota Ibushi was announced to be apart of the Korakuen Hall Show on April 23 as well.

~ The following matches and shows were announced…