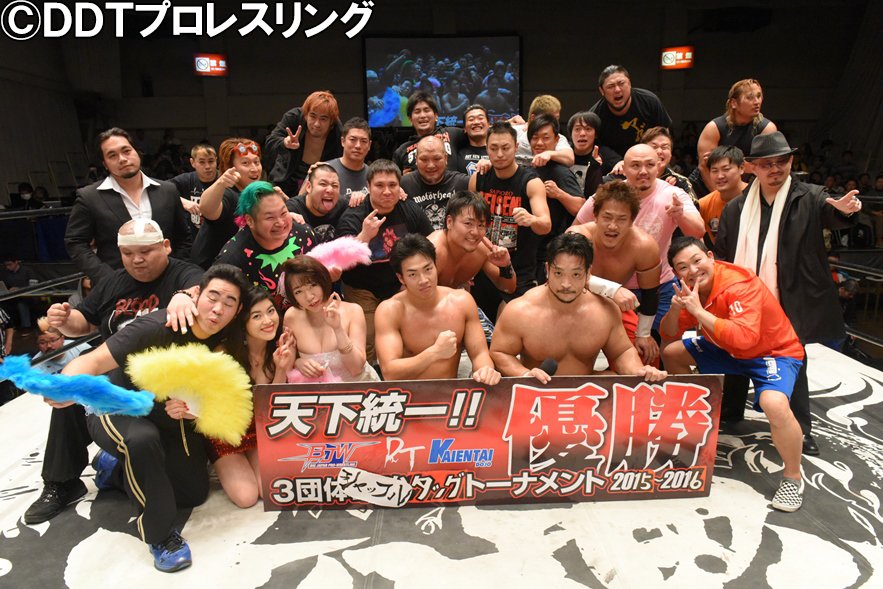 ~ To kick off today’s news this years big “New Year’s Eve” show was announced to be featuring 5 main promotions as a whole. All Japan and WRESTLE-1 will be joining BJW, DDT and K-DOJO in making this years show potentially one of the biggest yet. Among that announcement was that a 16 team tag tournament will be held with all the participants being mostly mixed between all the promotions. They were announced as follows…

The matches for the one night tournament will be announced at a later date.

~ Yohei Nakajima and SUSHI versus Seiki Yoshioka and Jiro “Ikemen” Kuroshio was announced for the Fan Appreciation show on December 24. 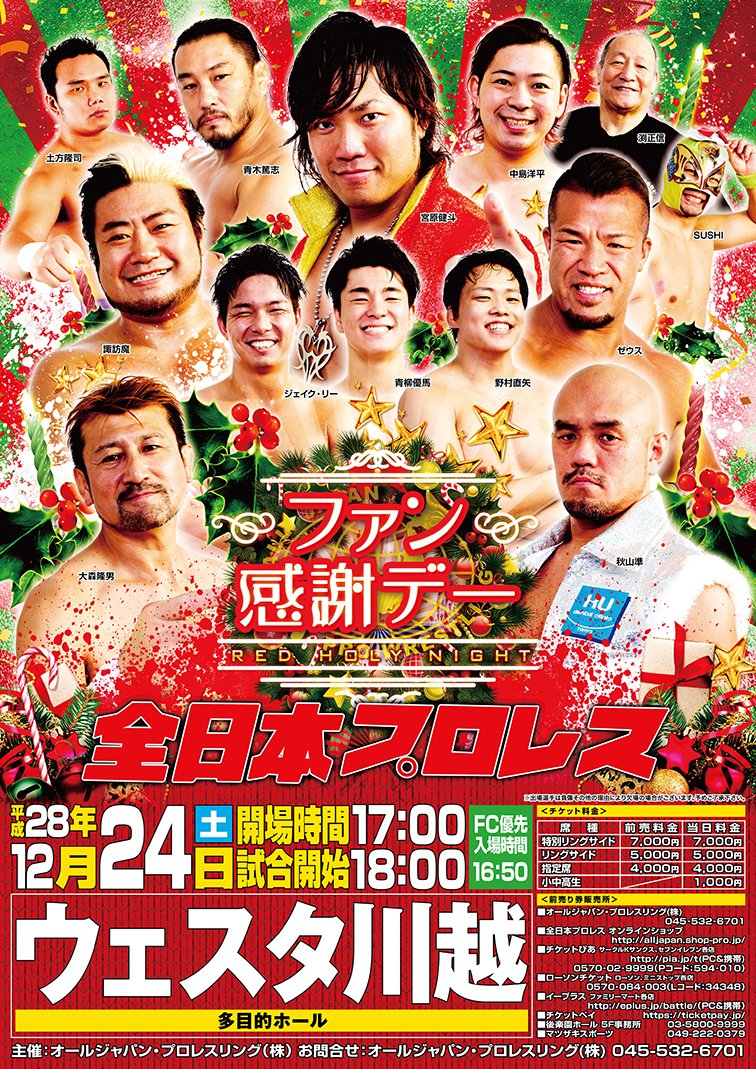 ~ It was announced that Isami Kodaka and Takumi Tsukamoto will be taking on Ikuto Hidaka and Hayato “Jr” Fujita for the NWA Light Tag belts on November 30 at the Shinkiba 1stRING. ~ The style of deathmatch was announced for the main event of the November 22 show at Korakuen which will feature Hoshino defending the Deathmatch belt against Isami Kodaka.

~ The full event card was also announced foe the December 12 at Korakuen. The show will feature the BJW retirement of Sakigake who belongs to the DOVE Pro-Wrestling out of the Hiroshima region. Sakigake has competed on BJW numerous times throughout the years, but has announced that he will soon be putting up the boots once and for all. Sakigake has thanked BJW and the fans for all of their support for the Hiroshima region throughout the years and the experiences that he has been apart of. ~ A special 6 man tag match was announced for the December 9 show. Keiji Mutoh will be teaming with KAI and DRAGON GATE’s Shingo Takagi to take on the team of Manabu Soya, Yuji Hino & KAZMA SAKAMOTO. 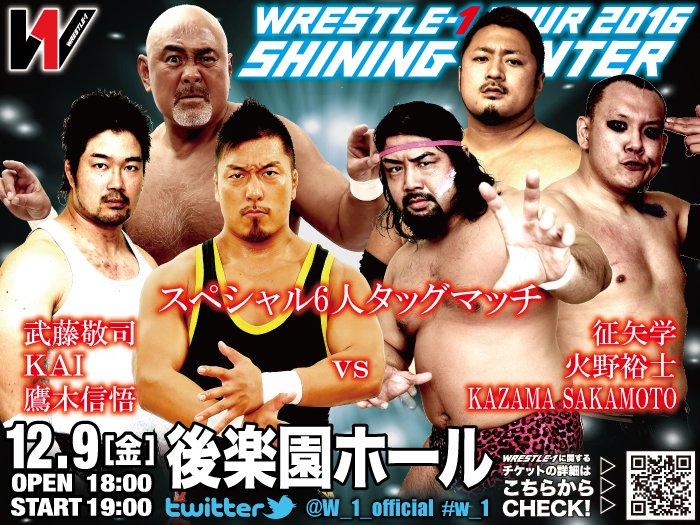 ~ The full event card was announced for the November 20 show in Iwaki, Fukushima.