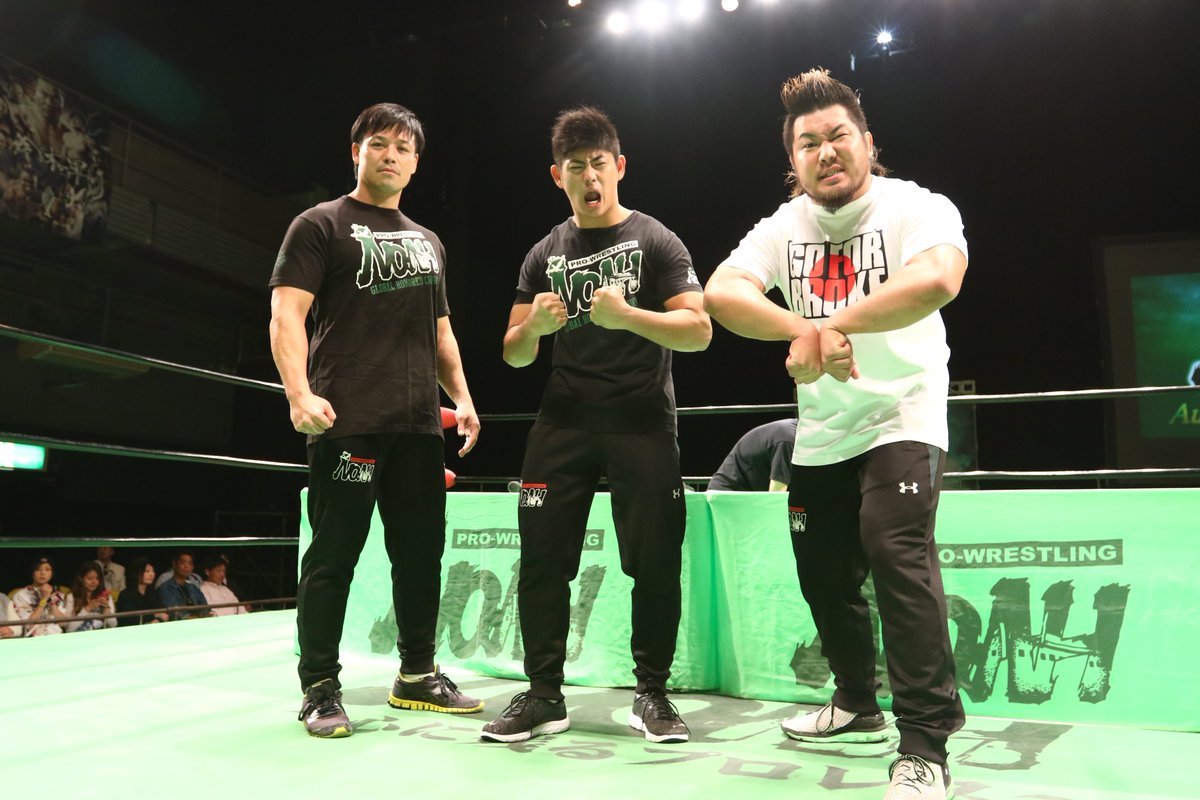 (7) Takashi Sugiura, Minoru Suzuki & Takashi Iizuka vs. Katsuhiko Nakajima, Masa Kitamiya & Kaito Kiyomiya
◆Winner: Nakajima (22:29) following the Vertical Spike on Iizuka.
~ Nakajima claims the final prelude win, but Sugiura doesn’t take the loss as he assaulted the challenger with a chair after the match. Nakajima was holding his ribs following the assault, which were already taped up before the match, but stated that he will take the GHC belt from SZKG’s grasp. 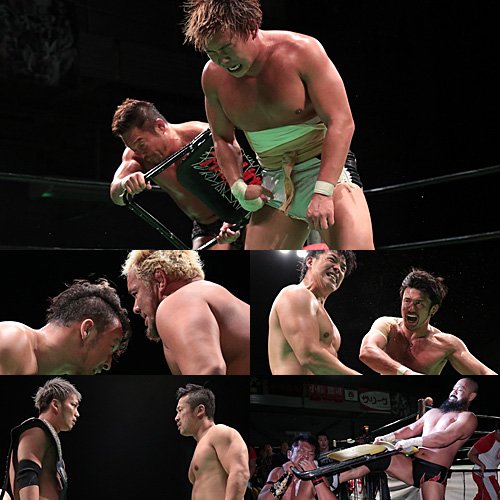