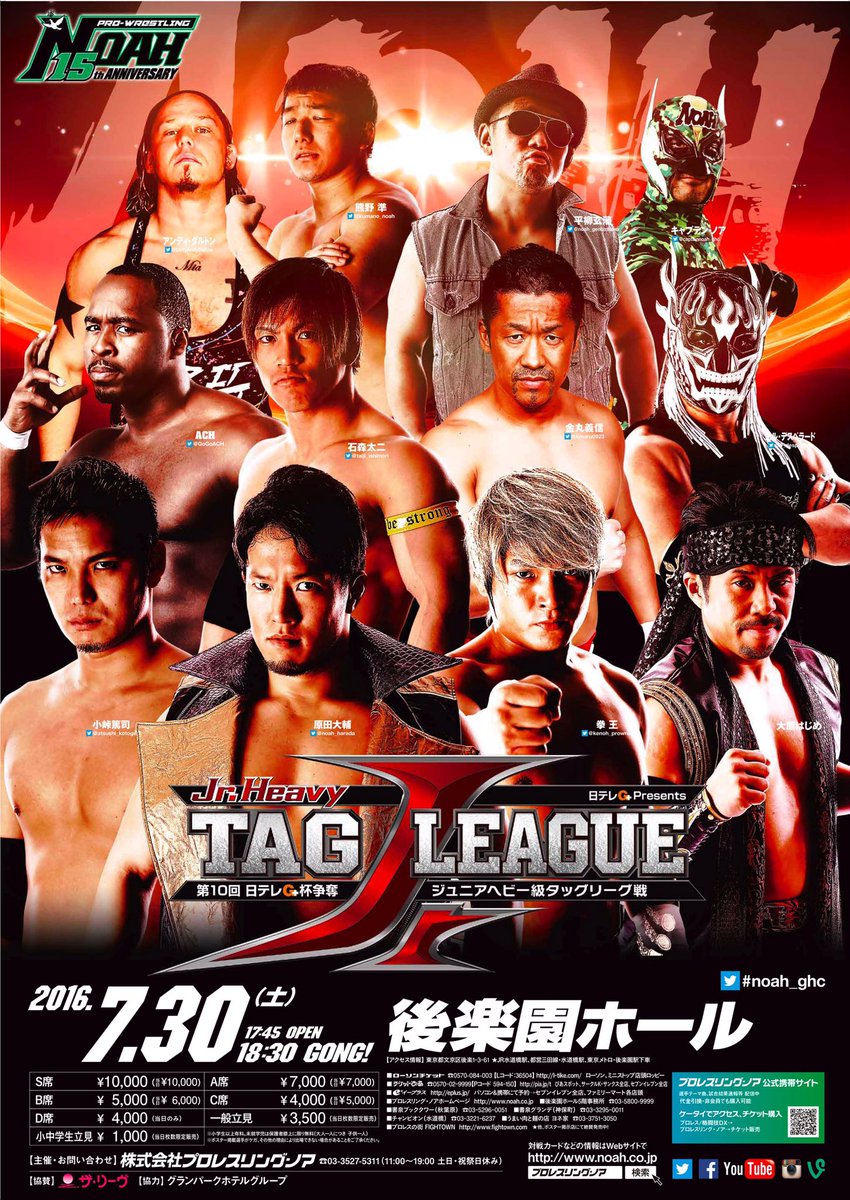 (2) Junior Tag Leauge Match: Genba Hirayanagi & Captain NOAH vs. Hitoshi Kumano & Andy Dalton
◆Winner: Kumano (4:04) following a Modified Spine Buster on Genba.
~ Both teams end on a run of 1 win, 4 losses = 2 points.
~ Following the match, Genba thanked everyone for the support, but that he has decided to retire after the loss today. Genba hinted at that he is putting his career on the line for today’s match, but if he was not able to win that he would end his career. I guess we will see what officially happens next. 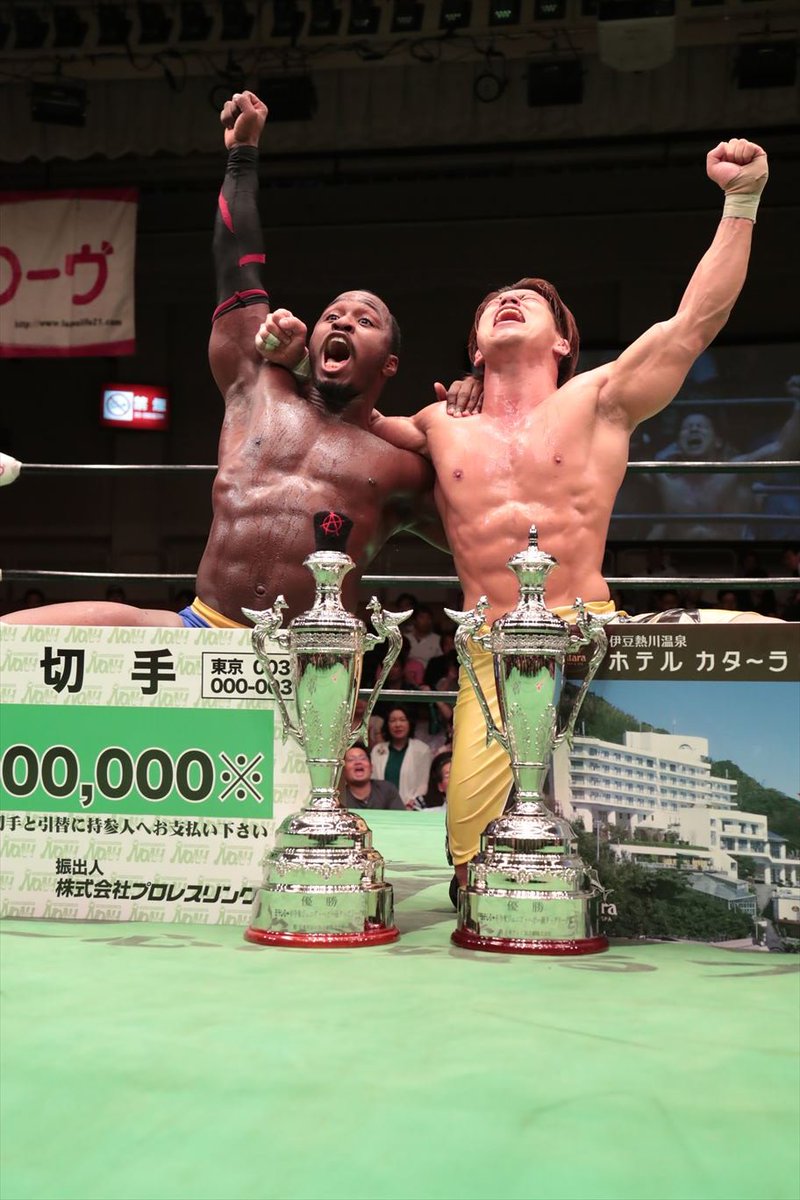 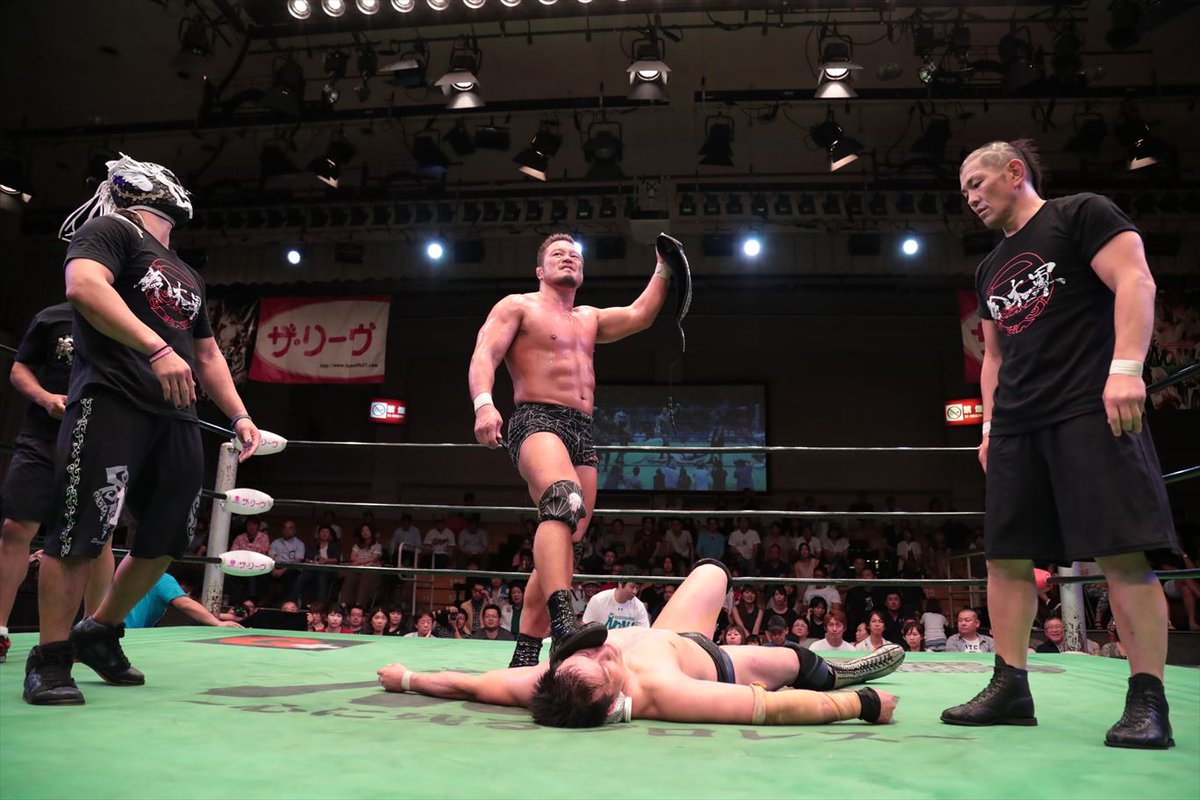 ~ A masked Maybach Taniguchi came forward to challenger Sugiura after the match as he took out Suzuki-gun. He even took out the new champion with the Maybach Press through a table. 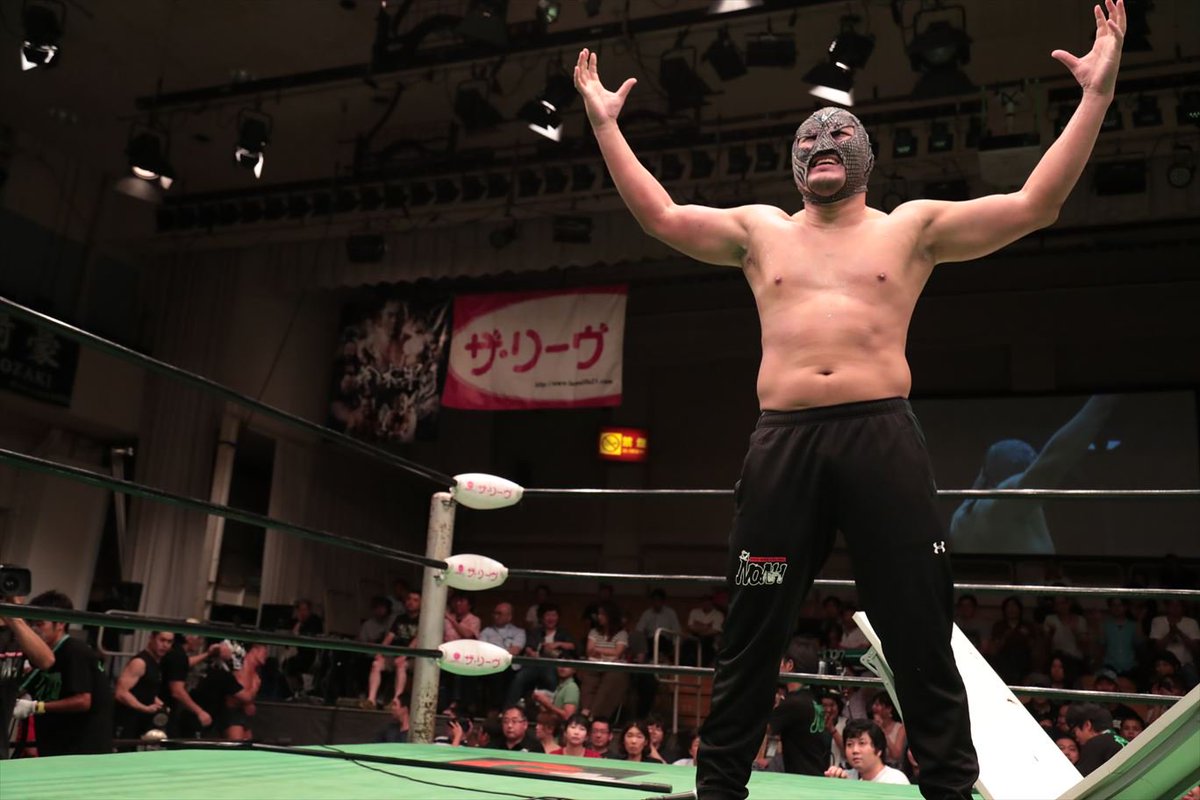