All Japan announced more matches that will be taking place throughout July. 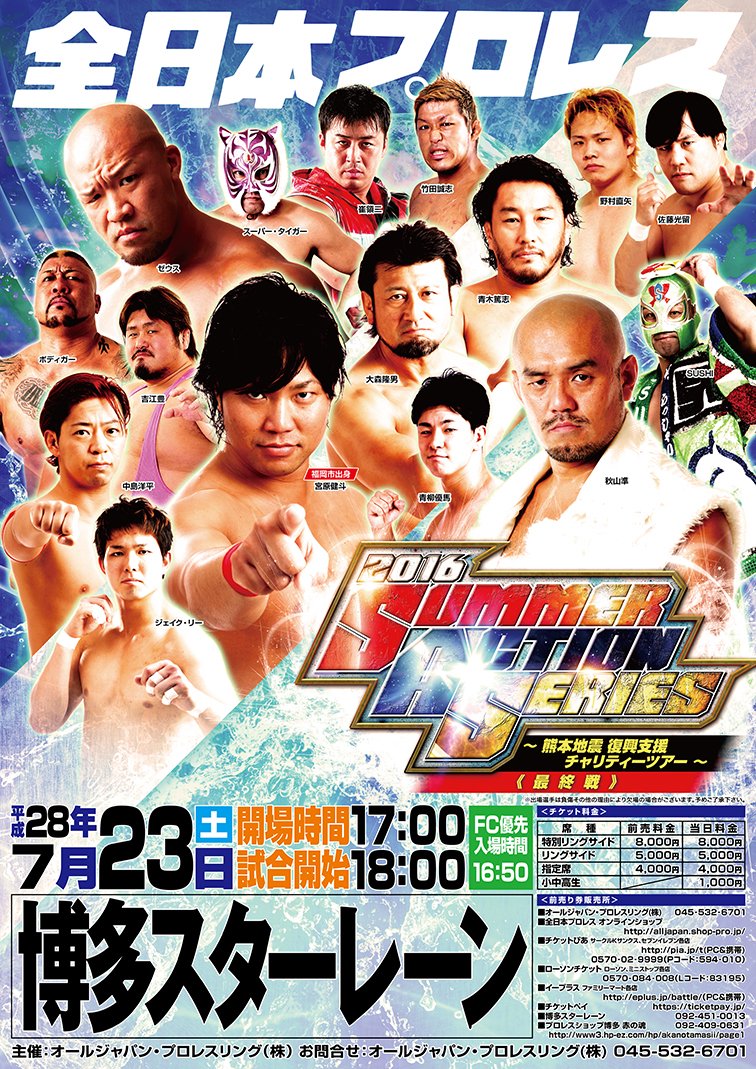 Among them being the GAORA TV belt will be in defense on July 14 as Yohei Nakajima defends against Takeshi Minamino. Then on July 23, the Triple Crown and World Tag belts will be in defense. The Triple Crown match will see Miyahara defending against Akiyama in the main event of the show. Then a rematch will be had for the World Tag belts as Sekimoto and Okabayashi take on the former champions Zeus and The Bodyguard.

The full event cards are now updated and listed on the website.

~ Billyken Kid and Tsubasa were announced to be involved at the Ryogoku show on July 24.

~ The full event card was announced for the next Korakuen Hall show on June 26. 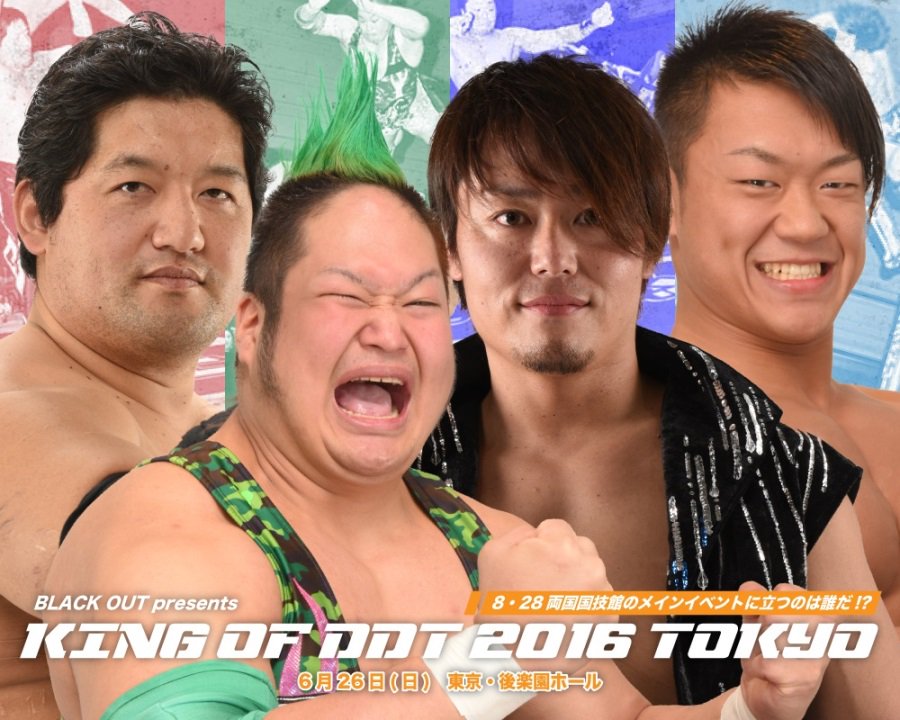 ~ “We are SUZUKIGUN 3 was held today at the Korakuen Hall in Tokyo. 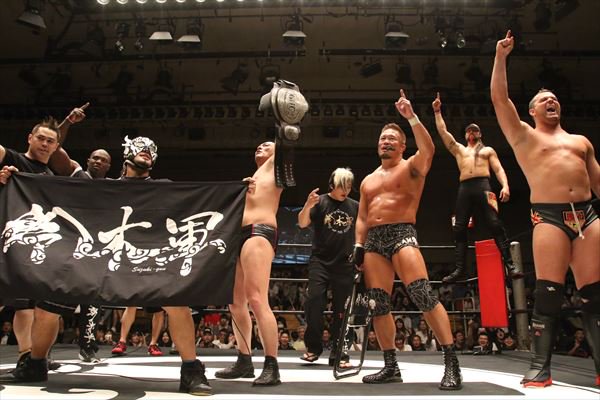 ~ The main event saw Minoru Suzuki standing tall after he and Sugiura and Iizuka picked up the win over the GHC Tag Champions Marufuji and Yano along with Kazushi Sakuraba. Suzuki celebrated the close of his show with the GHC Tag belts above his head. Suzuki declared that he will reclaim the belts for SZKG. It appears Suzuki has made a play for the previously announced non-title match on 7/5 to now be with the titles on the line. 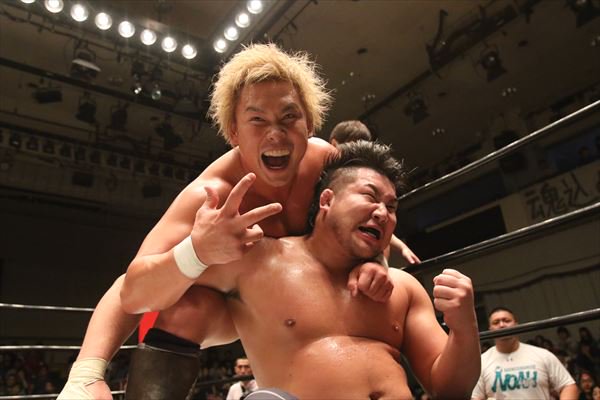 ~ Though on a weak note for SZKG, Nakajima claimed a strong win over Archer in the semi-final match. As he stated that “The Aggression”, his team with Kitamiya, look to carry this win into a chance at the GHC Tag belts in the future, following a win over a former champion. 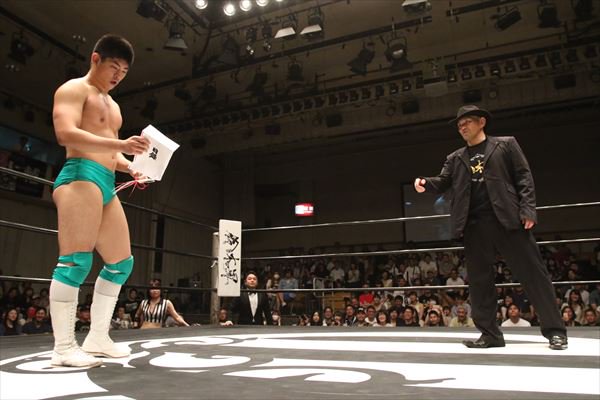 NOAH has formally accepted the challenge from Suzuki to be official as the originally announced tag match on 7/5 will now see the GHC Tag belts on the line.

~ The full event card was released for the upcoming Real Japan show on June 23. Among the announcements is the First Tiger Mask taking part in a special public demonstation against Minowaman. No details were released for the match, but it seems to be a special exhibition, or maybe even a talk battle, as Tiger aims for an eventual full-return to the ring.

~ The first of the 2nd Round matches of the W-1 GRAND PRIX took place today in Yokohama. 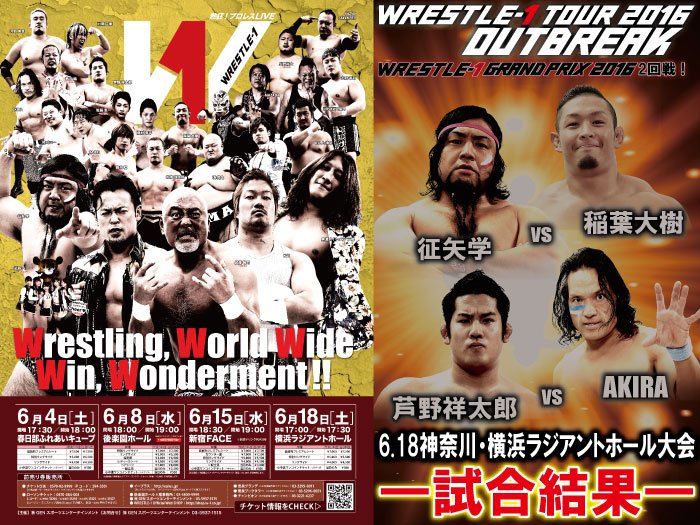 ~ Both Manabu Soya and Shotaro Ashino won their matches. As they will now be moving on to the semi-final match as they will compete against one another on July 1.

~ The next set of 2nd round matches will be taking place on June 26. As Hayashi takes on Kono and Hino takes on Nakanoue.

~ GUTS World : I still have no full info on the results, but I do for the two titles matches from the 6/17 show in Shinkiba. Mr. Gannosuke defended the GWC Singles belt against GENTARO (25:15) with a Backslide. Then Keizo Matsuda & YUJI KITO defeated Guts Ishijima & Michio Kageyam in a 3WAY match, along with Shota & Kenichiro Arai, to become the 14th generation champions.

~ SEAdLINNNG : Masato Tanaka and Ikuto Hidaka versus the team of Kohei Sato and Kotaro Suzuki was announced for the Korakuen Hall show on July 11.

~ Gypsy Joe passed away at the age of 82 years old. Joe took part in the first steel cage deathmatch in Japan back in 1975 and was a pioneer for many of the hardcore wrestlers to come in the following generations. His last match in Japan was in TAJIRI’s SMASH promotion back in 2010.

~ I am currently looking for someone to cover DRAGON GATE and any joshi-related promotions respectively. If you believe this something that you could handle on a daily or even a weekly basis, or even if you wish for me to promote your own blog, feel free to send me a message.