~ Terry Funk and NOSAWA Rongai were announced for the Ryogoku show on 8/28.

~ KAI and Ken Ohka came out as they made their intentions known that they are going after the KO-D Tag belts. Amon GM stated that he would take their challenge into consideration.

(5) DDT EXTREME Championship Match: [35th Champion] Super Sasadango Machine vs. [Challenger] LiLiCo
◆Winner: LiLiCo (7:05) with the Titanic style Ebigatame.
~ Champion falls on his 3rd title defense. LiLiCo becomes the 36th generation champion.
~ With the aided help of Mizuki Watase, the power of love that LiLiCo proclaims saw her become champion. She also stated that her next defense will be on 7/3 in Hakata, 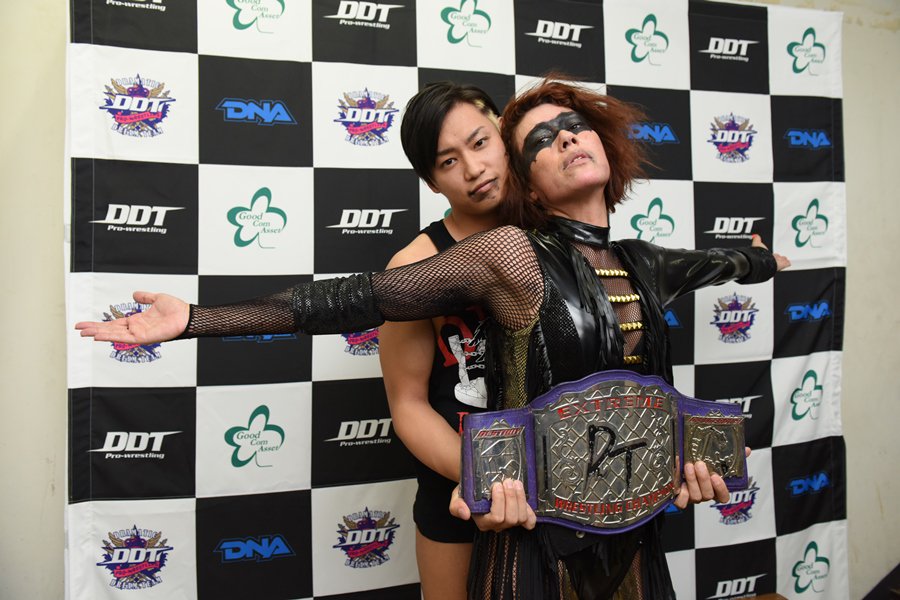 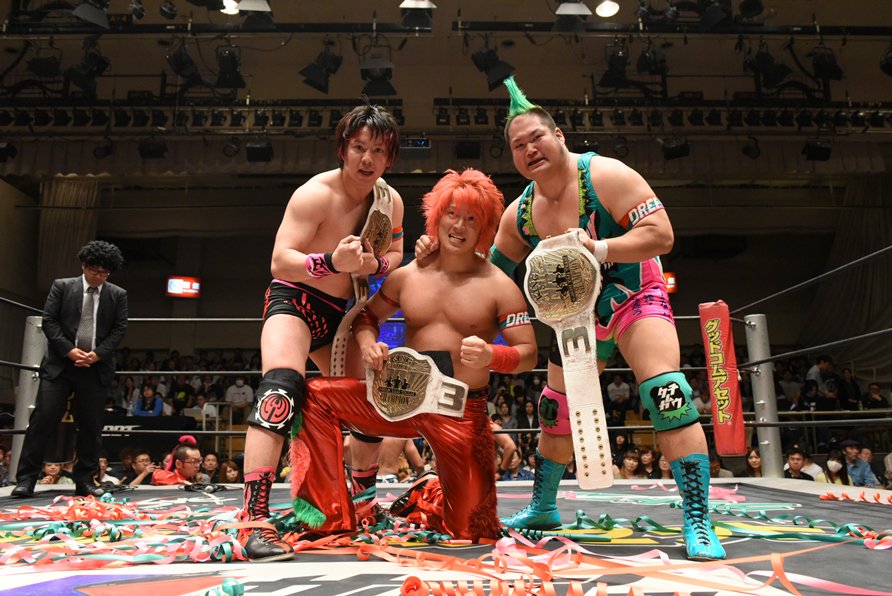 ~ Though the champions managed to win the match, Drift formally announced that they will indeed be splitting as a team. Thus they are relinquishing the belts in the process. 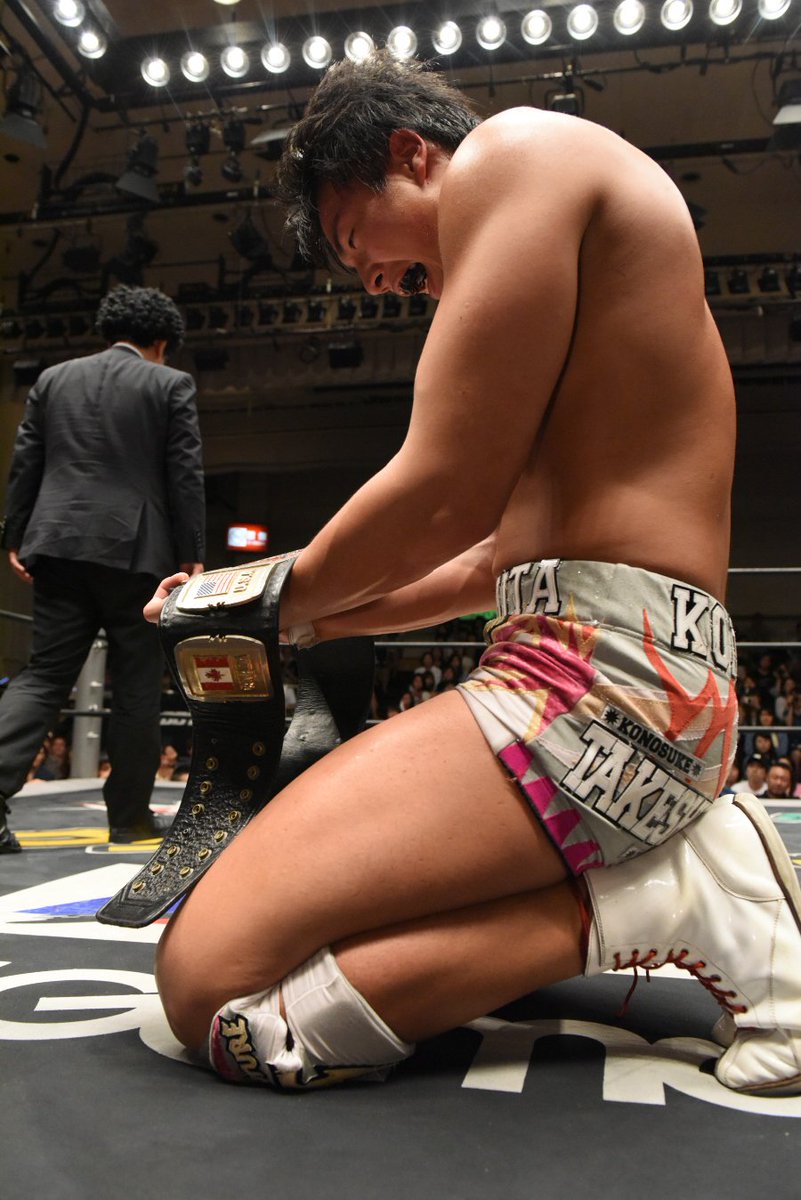 ~ Takeshita becomes the youngest KO-D Openweight Champion as he turned 21 today as well.
~ With the loss, Daisuke announced that he plans to retire.