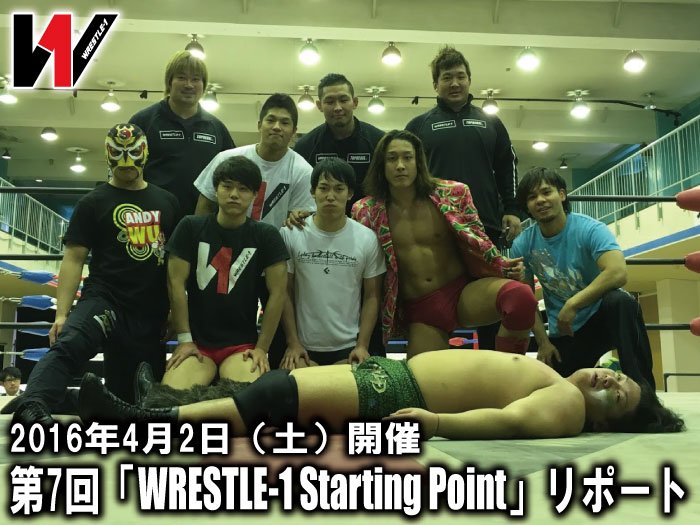 (1) .Jun Tonsho vs. Seigo Tachibana
◆Winner: Tonsho (6:04) with a Boston Crab.
~ After graduating the “Training Academy” on 3/30, the two young wrestlers faced off today at the dojo show with the 17 year old Tonsho picking up the win.

(3) Yasufumi Nakanoue & Daiki Inaba vs. Andy Wu & Seiki Yoshioka
◆Winner: Yoshioka (12:06) with a Ranhei on Inaba.
~ After the match, Inaba did not seem content on the fall that occurred as he called out to Yoshioka for a signaled in the future.

~ The next “Starting Point” show was announced to be held in May, more details of which will be announced in the near future.