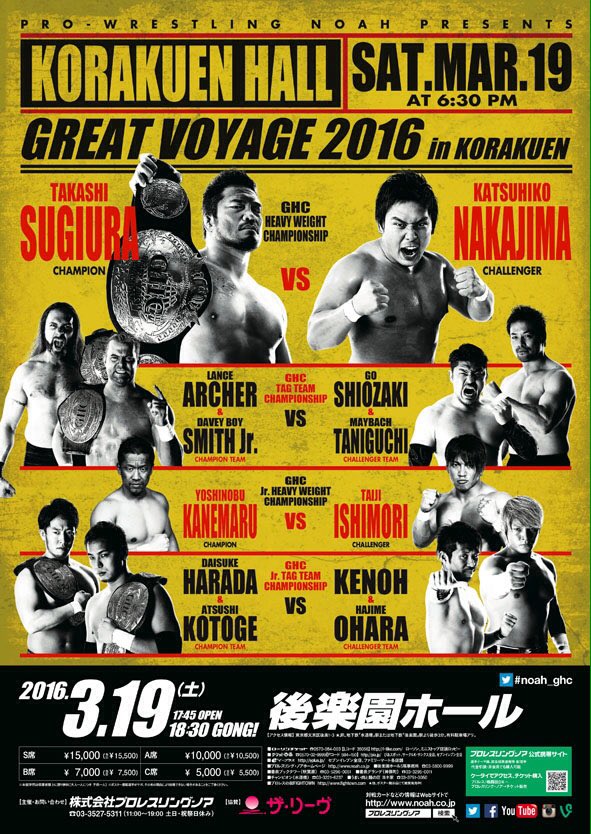 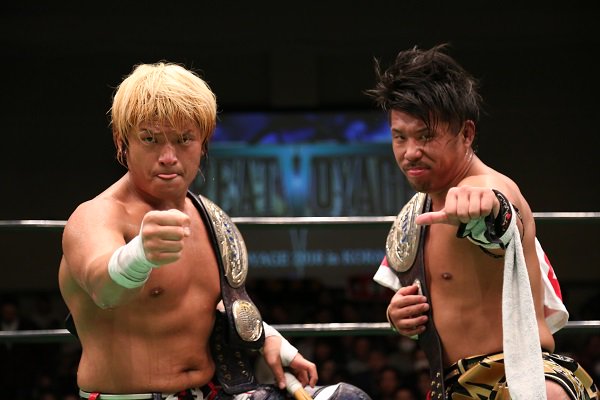 (5) GHC Junior Heavyweight Championship Match: [31st Champion] Yoshinobu Kanemaru vs. [Challenger] Taiji Ishimori
◆Winner: Kanemaru (18:07) following the Touch Out.
~ 1st successful title defense.
~ TAKA & Taichi both got involved in the match.
~ Kanemaru stomped the belt as he signaled that he still controls it.
~ Out came Harada, Kotoge, Kenoh, and Ohara to confront the champion, and Taichi, in the ring.
~ Harada got right into the champions face as he made it known that he wants the challenge next. 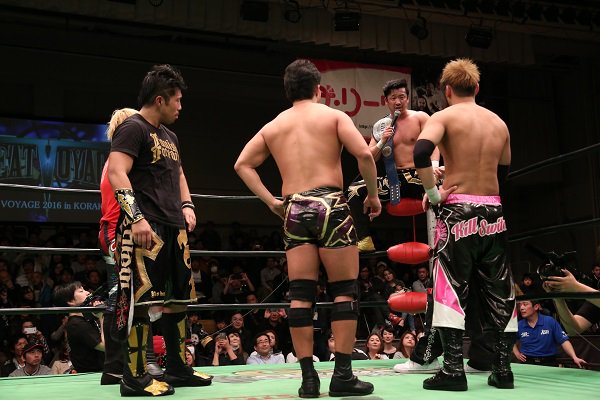 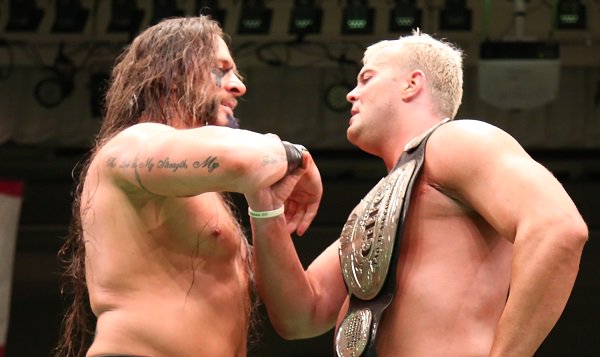 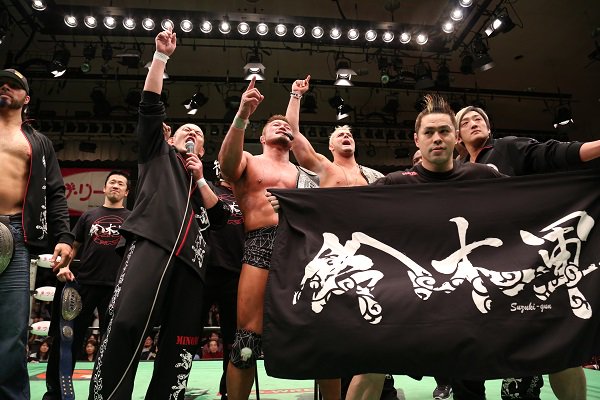 ~ Side note: Some fans in attendance threw plastic bottles, more specifically at KES, following the wins today.
~ Suzuki stated that he will accept the team of Marufuji and Shiozaki for the upcoming Suzuki-gun produce show later this month. 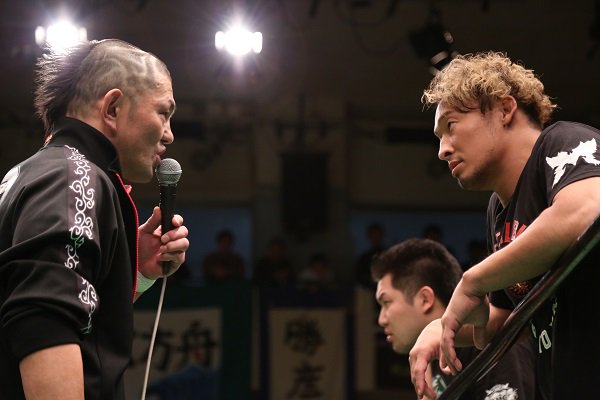