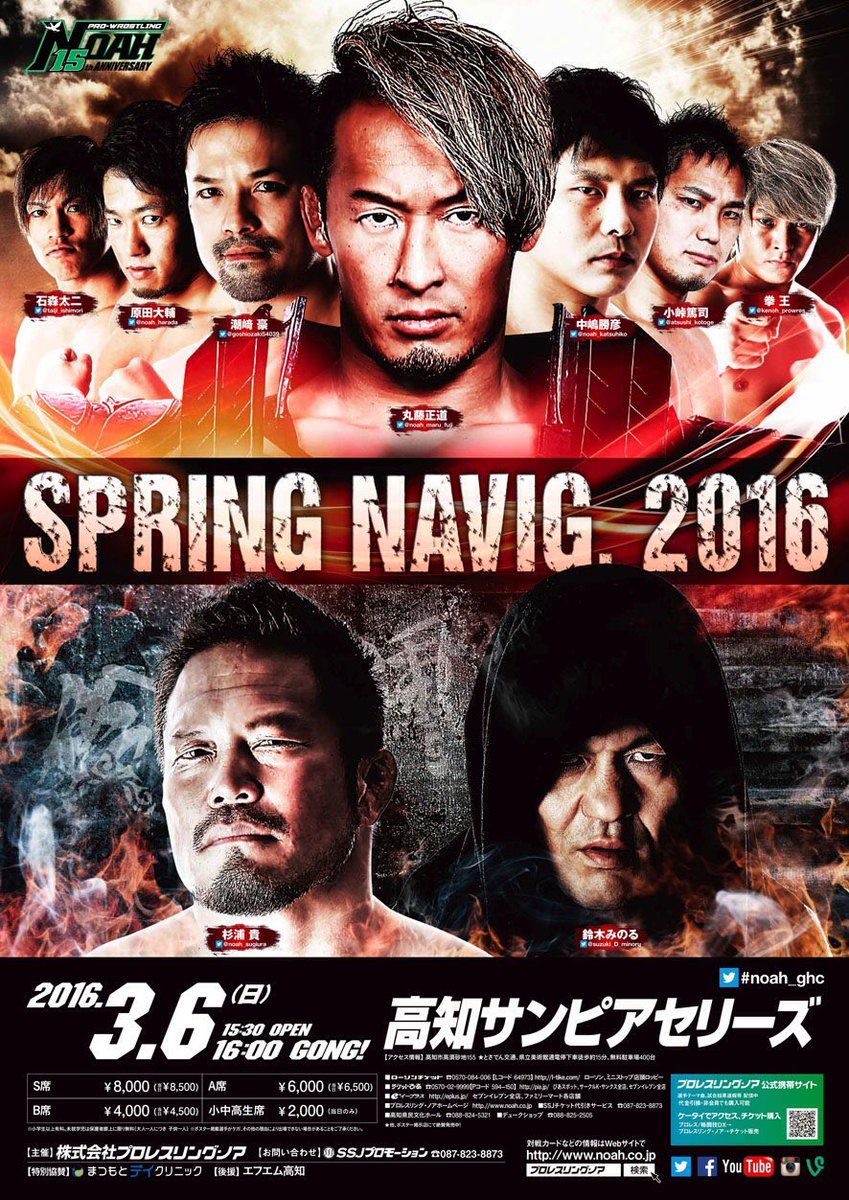 ~ Marufuji held a picture of Hayabusa to honor his passing with a 10-count gong. Maru acknowledged in the past that his early high flying style was adapted from many of the masked wrestler who came before him, Hayabusa being one of them.

(5) Minoru Suzuki, Yoshinobu Kanemaru & Taichi vs. Go Shiozaki, Maybach Taniguchi & Taiji Ishimori
◆Winner: Taniguchi (17:13) following a Double Team Chokeslam on Taichi.
~ Taniguchi & Shiozaki continue to show how well that they can work together as a team with the double team finish.

(6) Takashi Sugiura & Takashi Iizuka vs. Naomichi Marufuji & Mitsuhiro Kitamiya
◆Winner: Sugiura (15:18) following the Olympic Qualifying Slam on Kitamiya.
~ Kitamiya made the bid that he wants to team with Marufuji at the upcoming Suzuki-gun produced show.