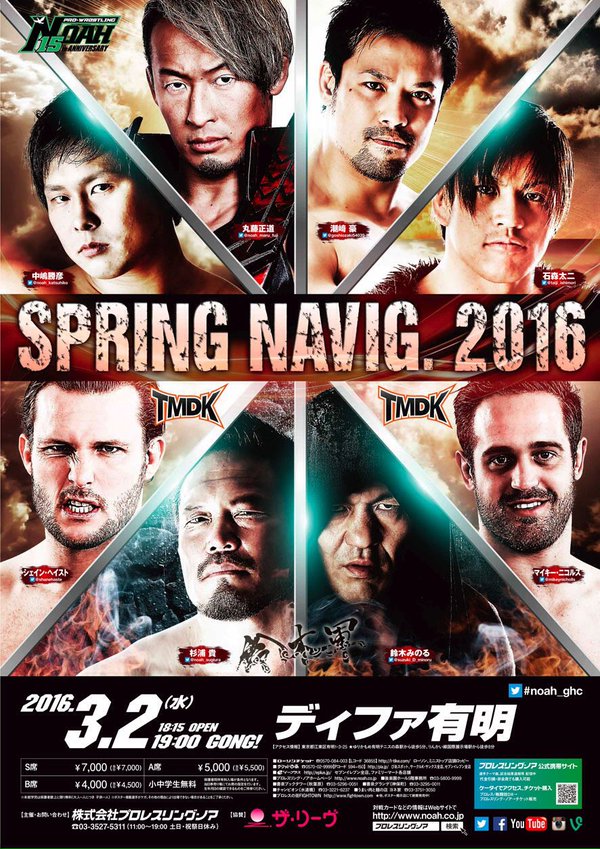 ~ Takashi Iizuka will miss the show today and as such the opening match was changed.

~ The Global Tag League was announced to be taking place from April 5 to May 4.

~ “infoNear in. presents GREAT VOYAGE 2016 in OSAKA” will be taking place on 5/28 at the EDION Arena Osaka, main hall.

(8) Takashi Sugiura vs. Muhammad Yone
◆Winner: Sugiura (17:04) following an Olympic Qualifying Slam.
~ Suzuki with the interference that lead to Sugi taking out Yone with a chair shot and then the finish.
~ Sugi and Suzuki continued the assault after the match with Nakajima rushing out to make the save.
~ Nakajima grabbed the mic as he declared that he will save NOAH come the 3/19 when he beats Sugi for the GHC belt.
~ Nakajima received a strong reaction from the fans.