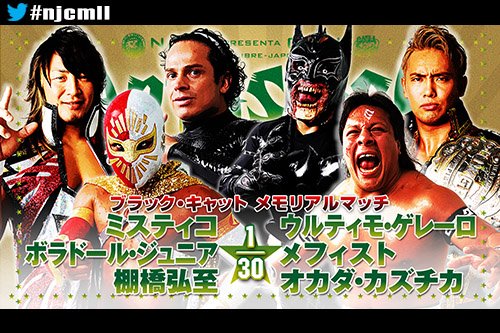 (6) CMLL World Lightweight Championship Match: [Champion] Dragon Lee vs. [Challenger] Virus
◆Winner: Lee (7:05) following a Modified German Suplex.
~ Kamaitachi (Hiromu Takahashi) made his return to the New Japan ring as he attacked Dragon Lee, whom he had a feud with in CMLL, and demanded for a title match at tomorrow’s show. 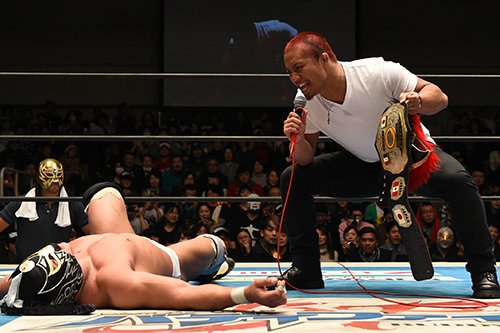 ~ A memorial ceremony was held for the late Black Cat before the next scheduled match in his honor.