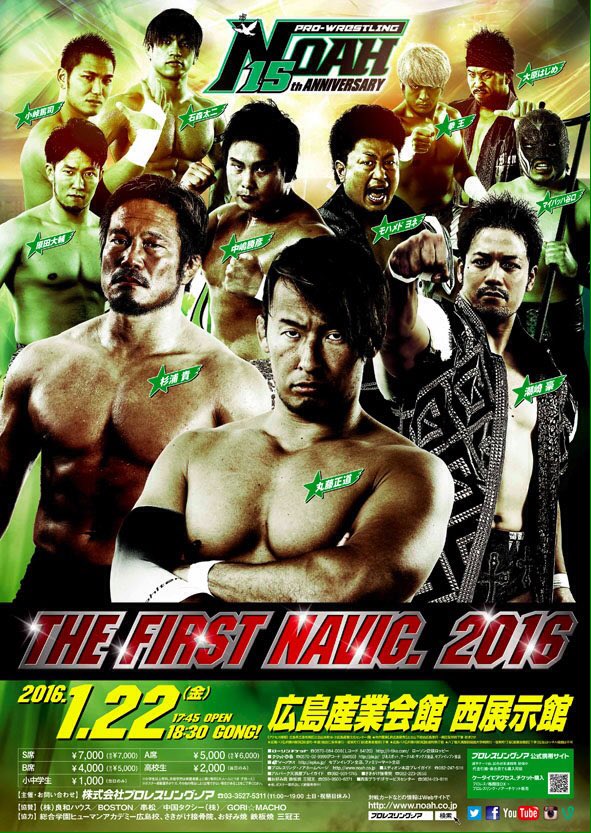 (3) Taiji Ishimori, Daisuke Harada & Atsushi Kotoge vs. Kenoh, Hajime Ohara & Yoshinari Ogawa
◆Winner: Kenoh (12:46) following the Kibo on Ishimori.
~ Kenoh claims a direct win over the GHC Jr. Champion as he proclaimed that the belt is as good as his.

(6) Go Shiozaki & Yoshinobu Kanemaru [both FREE] vs. Minoru Suzuki & TAKA Michinoku
◆Winner: Shiozaki (12:04) following the Go-Arm Lariat on TAKA.
~ Suzuki is once more trying to play the mind games with Marufuji as he stated that ticking time bomb has been set in place, and once it goes off Maru will be alone.

(7) Naomichi Marufuji & Hitoshi Kumano vs. Takashi Sugiura & Taichi
◆Winner: Sugiura (19:11) following the Olympic Qualifying Slam on Kumano.
~ Kumano competes in his hometown and puts up an effort against the traitor Sugiura, but ultimately suffers defeat.
~ Sugiura throw the NOAH flag on the ground and stepped all over it as well.