(5) Hiroshi Tanahashi, Michael Elgin & Mascara Dorada vs. Tetsuya Naito, EVIL & BUSHI
◆Winner: BUSHI (11:57) following the MX on Dorada.
~ Following the match BUSHI challenged KUSHIDA to put the IWGP Jr. belt on the line. Acknowledged KUSHIDA’s comment that “he will liven up the junior division”, BUSHI stated that it is not just about KUSHIDA.

(6) Shinsuke Nakamura & YOSHI-HASHI vs. AJ Styles & Kenny Omega
◆Winner: Omega (12:01) with the Katayoku no Tenshi (One-Winged Angel) on Nakamura.
~ Following the match Omega celebrated the win over the IC Champion.
~ He then turned on Styles, who was celebrating in the corner as well, and dropped him with the One-Winged Angel.
~ There appeared to be a split within BULLET CLUB as Anderson, Gallows, and Hall tried to help Styles. The Young Bucks were keeping Omega into the other corner.
~ The Young Bucks then both superkicked Styles as eventually all the members of BULLET CLUB turned on Styles. 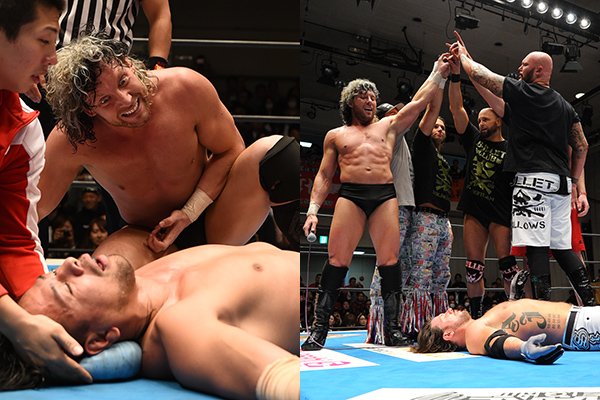 ~ Omega stated that Styles was giving everything, but now he is nothing as he has been fired from BULLET CLUB.
~ Omega declared that he is done pretending to be a junior heavyweight and that he is coming for Nakamura’s belt.
~ The fans then cheered Styles to got to his feet, which he eventually did, and he left the hall with the help of the young lions at ringside.

(7) Hirooki Goto, Katsuyori Shibata, Kyle O’Reilly & Bobby Fish vs. Kazuchika Okada, Tomohiro Ishii, Rocky Romero & Barreta
◆Winner: Goto (13:19) with the Goto-shiki on Barreta.
~ After the match Goto declared that he is going to take the IWGP Heavy belt from Okada. Okada accepted the challenge as he acknowledged his loss to Goto in last years G1. 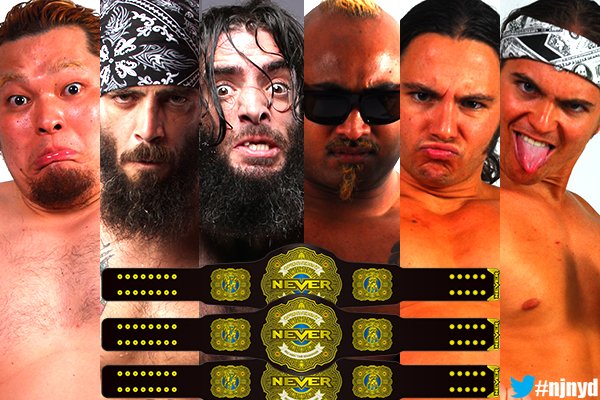